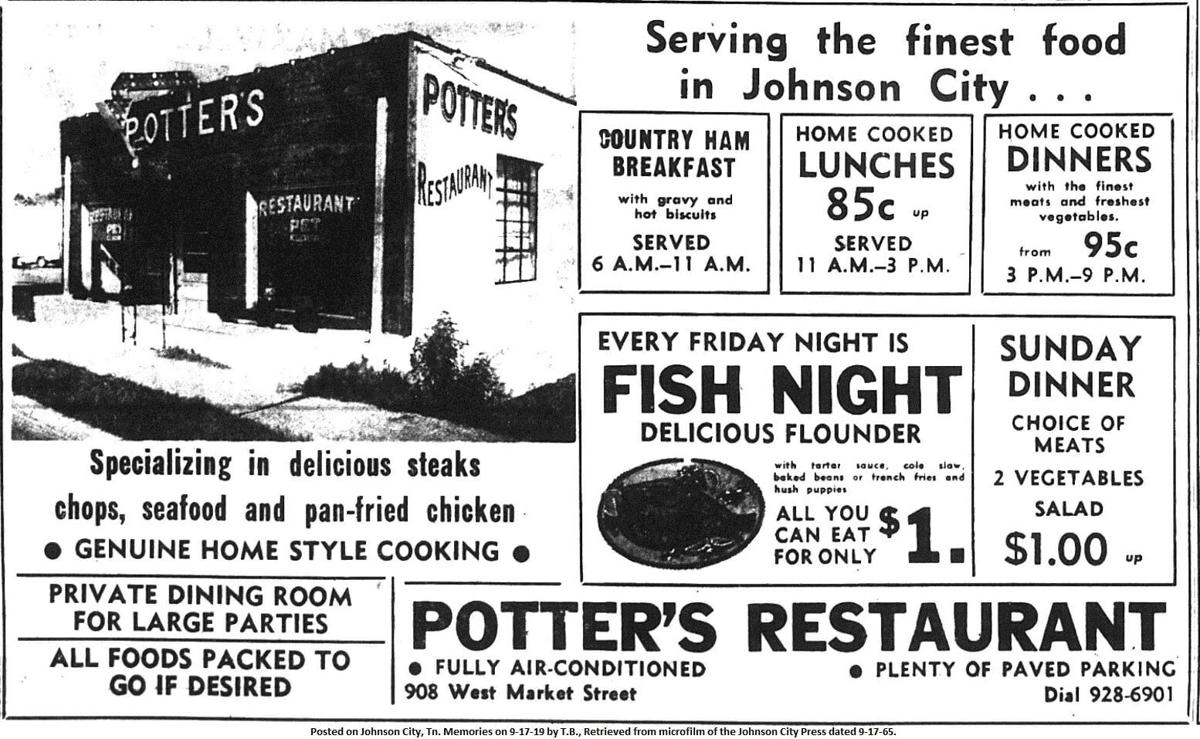 Sept. 17, 1872: The Nashville Union and American reported, “Dr. J.H. Mongle, of Johnson City, has raised a peach that weighs one pound and three ounces.”

Sept. 17, 1884: According to the Nashville Banner, R.L. Taylor was visiting Nashville and staying at the Maxwell House. Taylor was the last Democrat to serve in the U.S. House from the 1st District of Tennessee, his one-term stint having ended in 1881. The former Congressman founded The Comet newspaper in Johnson City, served three terms as governor and was a U.S. senator from 1907 until his death in 1912.

Sept. 17, 1897: The Knoxville Sentinel reported, “The First National Bank of Johnson City and the scramble over its ruins occupied the attention of the supreme (sic) court (sic) for some time this morning. This is the bank that was wrecked by J.E. Crandall and for which he is serving a sentence of eight years in the Brooklyn penitentiary having been sent from the federal court.”

Sept. 17, 1903: Readers of The Comet learned, “The clock at the Soldiers’ Home can be heard striking in the city on still nights.”

Sept. 17, 1915: The Johnson City Staff reported, “The city council did not hold a regular meeting Thursday night for the reason that a quorum of the members was not present. The meeting adjourned to meet on Monday night at which time a number of ordinances will be passed and other routine business considered.” S.E. Miller was the Mayor.

Sept. 17, 1926: The Johnson City Chronicle reported that Sam R. Sells would contribute $25,000 to King College, now King University. With a dateline of Bristol, it was reported, “In line with the sentiment of support pledged to King College by the Appalachian synodical body whose session closed here tonight, Sam R. Sells contributed $25,000 to the fund being raised for the college. Mr. Sells was made chairman of the committee to raise the outstanding balance necessary to complete the $750,000 fund sound.” In today’s dollars, $25,000 would be worth approximately $366,000 and $750,000 would be worth approximately $11 million.

Sept. 17, 1934: The Johnson City Press reported, “Beginning with this term, the State Teachers’ college will offer late afternoon and evening classes, Dr. C.C. Sherrod, president, announced today. ... The classes are provided for teachers who work during the day and yet would like to be doing additional work in their subjects, or for others who are interested in the subjects to be scheduled.”

Sept. 17, 1946: The Johnson City Press-Chronicle reported of the recent travels of Frank Tannewitz, son of Mrs. Beatrice Tannewitz. He had recently “returned from a ten day visit in Philadelphia and New York City as guest of former Army friends. Among occasions of interest was a visit to the daily sessions of the Economic and Social Council and the Security Council of United Nations Organizations located at Lake Success.”

Sept. 17, 1954: The graduation, with a reception to follow, of the nurse’s class of Memorial Hospital was held in the Fellowship Hall of First Christian Church.

Sept. 17, 1965: Potter’s Restaurant at 908 W. Market St. advertised lunches for 85 cents, dinners for 95 cents and a Friday night all-you-can-eat fish fry for $1. Sunday dinner was also $1. That buck is the equivalent of about $8.25 in 2020 accounting for inflation. Potter’s later was the site of the Horseshoe Lounge.

Sept. 17, 1968: The Press-Chronicle reported the deaths of two prominent citizens. James Pouder was “one of the early bankers of Johnson City, having been affiliated with Unaka National Bank and was president of the Tennessee Trust Co. He was the originator of several farm loan associations.” Mr. Pouder, 85, died following a short illness. Reese Harman, 86, had also recently passed away. “Mr. Harman was chairman of the board of Harman Ice and Coal Co. and a partner in Harman Oil Co. here and also president of Harman Ice and Storage Co. of Erwin.” In other news that day, “A safe was ‘peeled’ open and about $500 in currency stolen from it at Hayes and Reynolds Furniture Store, 3000 Bristol Highway.”

Sept. 17, 1981: The Press-Chronicle reported, “The Planning Commission working on the merger of the Washington County and Johnson City school systems voted Wednesday night to prepare a plan for the merger to be submitted to the Tennessee Department of Education and the four local governing bodies.”

Sept. 17, 1997: In a lecture at East Tennessee State University’s D.P. Culp Center, Rutgers University professor Dr. David Popenoe cited some grim facts, according to the Johnson City Press. Popenoe said, “The father who lives in the home significantly reduces a child’s risk of being physically or sexually abused, becoming a juvenile delinquent, and even a victim of homicide.”

Sept. 17, 2010: A record 15,234 students were enrolled at East Tennessee State University. This marked the first time that enrollment had surpassed 15,000.