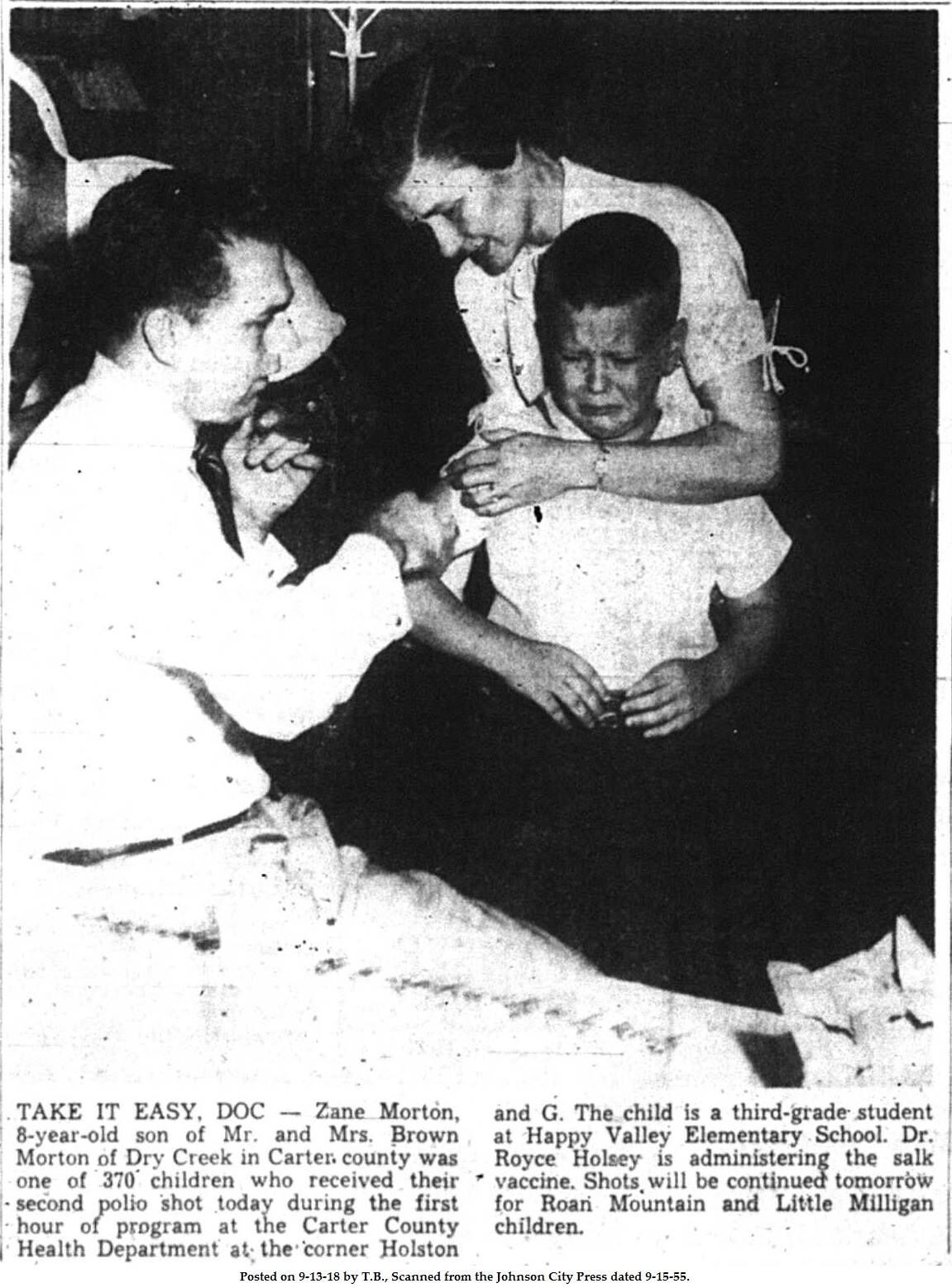 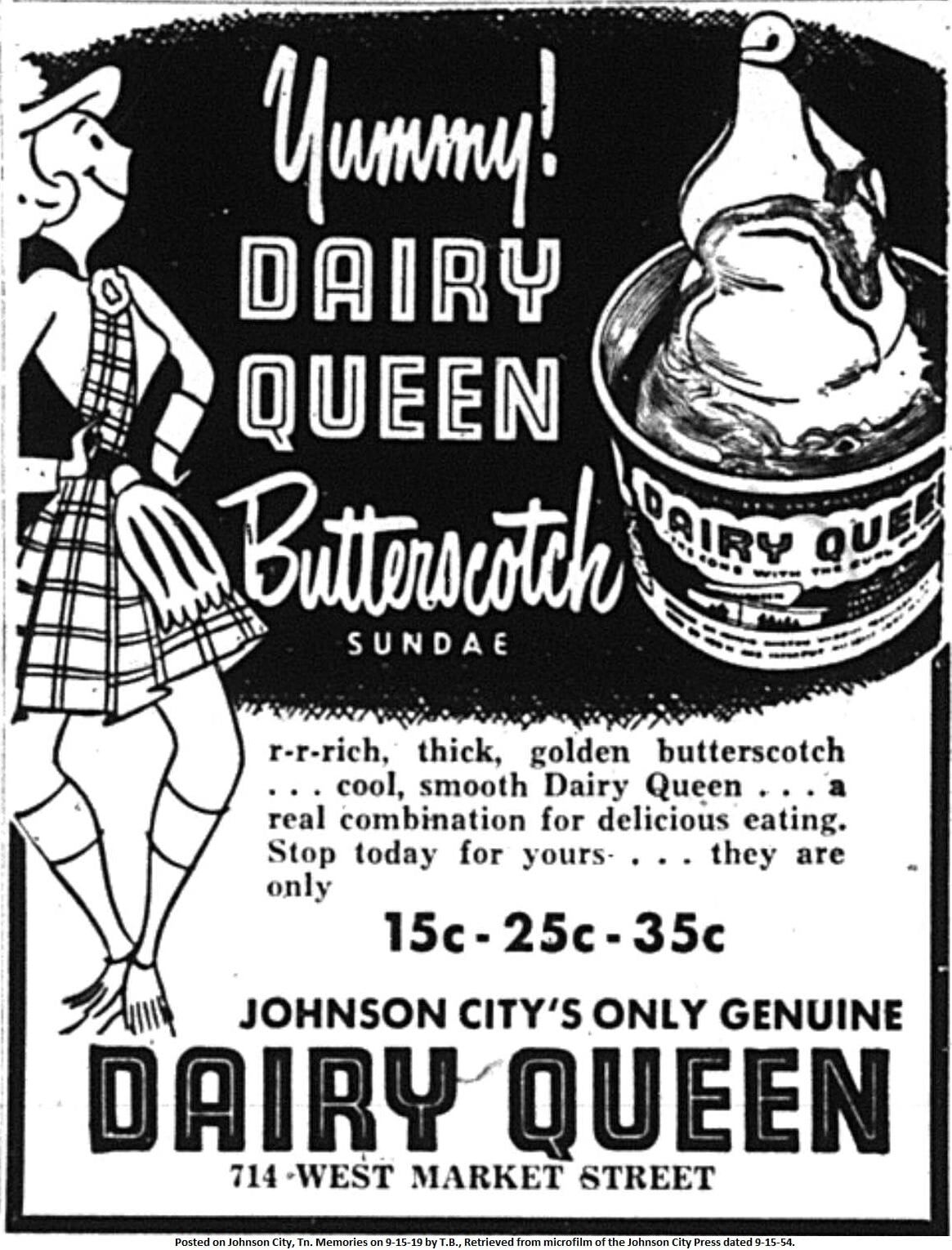 Sept. 15, 1871: The Memphis Daily Appeal reported, “During the past week letters patent were issued to W. Barker, of Johnson City, for a flour bolt.”

Sept. 15, 1917: Readers of The Johnson City Daily Staff saw an advertisement for the Washington County Gas Company. Their motto was “Service First …. Profit a By-Product.”

Sept. 15, 1926: The Johnson City Staff-News reported “One-man street cars of the latest type, with Pullman style buses as feeders are proposed by the Johnson City Traction Corporation, and will be placed in service within a very short time, possibly only a few months, providing the railroad and Public Utilities Commission will grant an increased fare necessary to permit these improvements.”

Sept. 15, 1931: The Kingsport Times reported, “Miss Helen Cross, who is a teacher at the Martha Wilder school in Johnson City, spent the week end with relatives in Kingsport. She has as her guest Miss Edna Dickie of Johnson City.”

Sept. 15, 1942: Readers of the Johnson City Press learned “Five city stoplights have been put out of operation in an effort to conserve gasoline and rubber for Johnson City motorists, City Manager Hobart Greene announced today ... Lights were discontinued at the corner of the Jonesboro highway and Knob Creek road; corner of Ashe and Buffalo streets; corner of Roan street and Eighth avenue ; corner Market street and Hillcrest Drive, and corner of Division and Maple streets.”

Sept. 15, 1954: Readers of the Johnson City Press-Chronicle learned that “East Tennessee State College Training School reported an enrollment of 410 students as classes began Wednesday.” This number was slightly higher than for the previous school year.

Sept. 15, 1968: Several football scores from the previous day were announced above the masthead in the Press-Chronicle. Tennessee and Georgia tied at 17, Morehead State tied Marshall at 7, and Lees-McRae won over Appalachian State, with a score of 56 to 20.

Sept. 15, 1971: The Press-Chronicle reported on “A former city mayor, Ed Backus, remained in serious condition last night in the coronary care unit of Memorial Hospital. Backus suffered a coronary attack this past weekend.”

Sept. 15, 1974: East Tennessee State University appointed Dr. Robert Jewett, Emory University, the first dean of the East Tennessee State University medical school. Dr. Charles Allen was appointed associate dean for community and hospital affairs. Their job was to develop a curriculum, a faculty and an academic program to meet the accrediting requirements and standards of the liaison committee of the American Medical Association and the Association of the American Medical Colleges.

Sept. 15, 1985: Press-Chronicle readers learned on that the First District Tennessee Dental Hygienists’ Association was getting ready for National Dental Hygiene Week, which was Sept. 15–21 of that year.

Sept. 15, 1996: Readers of the Johnson City Press learned some details of the proposed cultural district in downtown Johnson City. “As currently envisioned, 12 acres in downtown would evolve into a campus of culturally related facilities.” The story continued, “Anchors would include the new public library, a performing arts center, a dance studio, a regional museum and possibly a visual arts center.”