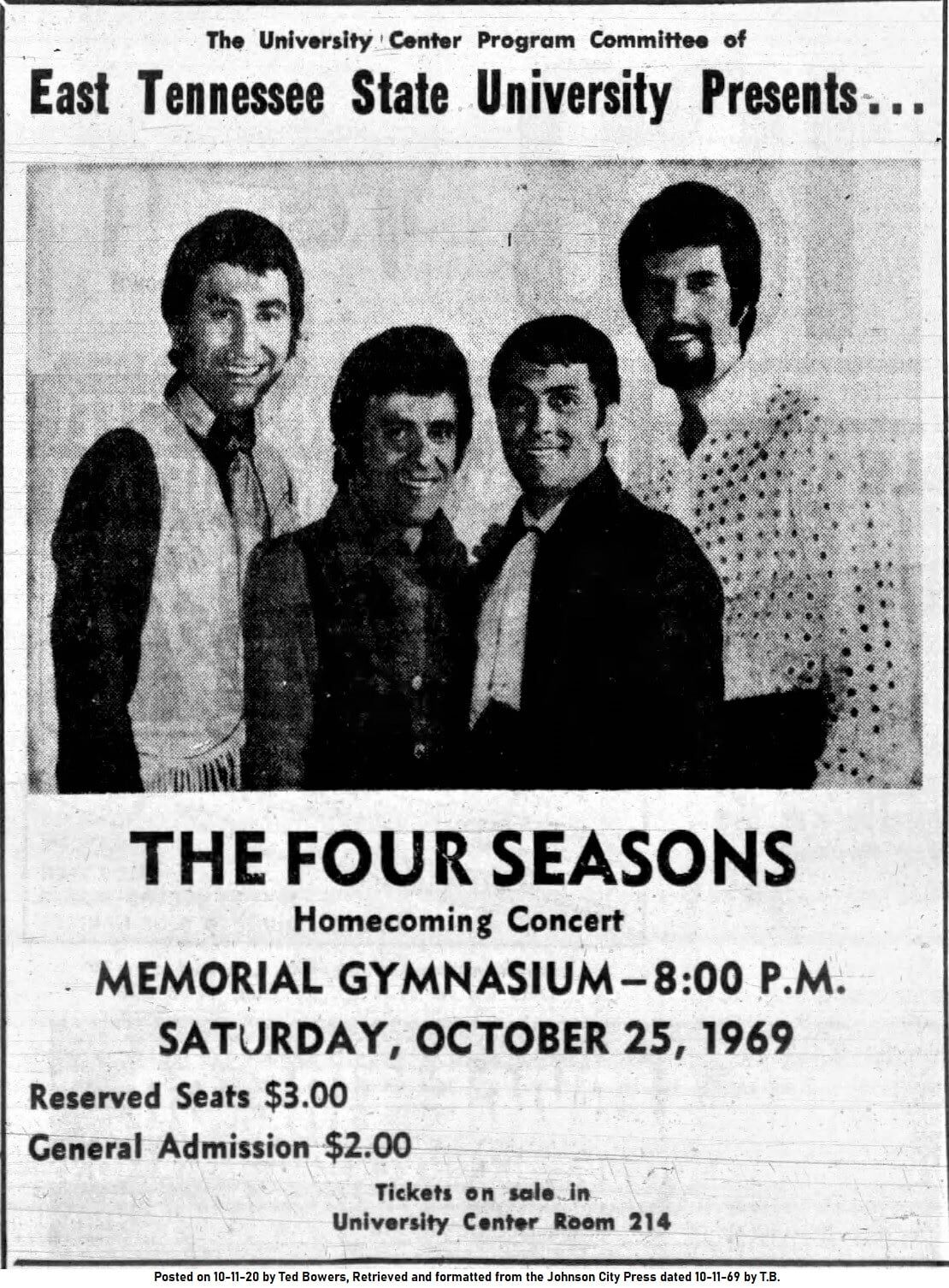 Oct. 25, 1883: The Herald and Tribune, a newspaper in Jonesboro, had this to report: “During a street row at Johnson City last Saturday, Cicero Hale shot Wm. Correll through the neck inflicting a dangerous wound. Hale was arrested and gave bond for his appearance at the next term of the circuit court.”

Oct. 25, 1921: The Knoxville Sentinel, with a dateline of Johnson City, reported, “As a result of the dry weather in this section, springs and running streams are lower than for many years. It is reported that several springs in this section have gone dry and that creeks are very low. Despite the dry weather, farmers are making fine headway with their fall work and a large acreage of wheat and winter oats.”

Oct. 25, 1935: The Johnson City Chronicle updated readers on the recent Parker shooting. “Mrs. Joe Parker ... will appear before Corporation Judge George N. Barnes, Thursday, November 1, charged with assault on her husband, the outgrowth of a family argument Wednesday night when the woman admitted firing a slug from a .22 calibre rifle into the right shoulder of her husband because she said he ignored an armed warning from her not to enter her house.” The article continued, “Parker, whose condition is not considered serious, is under treatment at Mountain Home hospital.” The article further indicated that Mrs. Parker had posted a bond of $1,000 soon after the shooting took place.

Oct. 25, 1940: The Johnson City Press reported on an upcoming football game that Langston High School would play. “The Langston Golden Tigers football team left this morning for Jefferson City, where they will play the Nelson Merry High School tonight.”

Oct. 25, 1947: The Johnson City Press-Chronicle ran an advertisement for the Rainwater Barber Shop, which was located on Tipton Street. Floyd Rainwater was the manager; haircuts were 50 cents, except on Saturdays. The ad did not say what the Saturday price was. Fifty cents in 1947 would be the equivalent of $5.83 in 2020.

Oct. 25, 1985: The bylaws of the Johnson City Medical Center Hospital were changed to “set the limit of the number of board members at 22. No more than 20 were to be elected plus one city manager and one county executive, who were to be ex-officio voting members.” (Source: A Beacon to Heath Care by Ray Stahl)