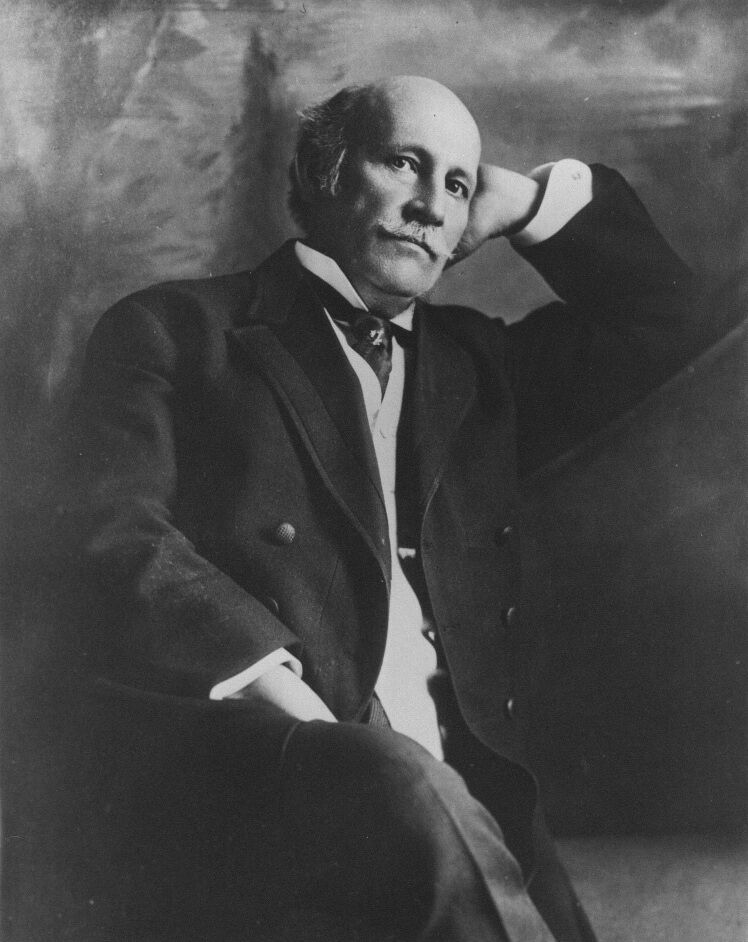 The Whig was a newspaper published in Jonesborough, which was spelled that way in 1841.

May 5, 1887: The Comet reported, “Mr. H.A. Clark, of New York, has been in the city several days, looking over the field with a view of locating a flouring mill here. Seeing the need of such an enterprise in this section and appreciating the inducements offered by Johnson City, he has decided to locate here. Ground has been picked out, and as soon as he returns from New York, he will begin building a mill with a capacity of 50 barrels of flour per day. The mill will be full roller system and will be the largest of the kind in East Tennessee.”

May 5, 1892: The Comet alerted readers to the death of a young child. “A little child of John O’Brien’s died at the home of his parents in this city, Tuesday, and was buried at Union Church, on Cherokee, yesterday. The Comet expresses sympathy to the parents in their bereavement. Just a precious jewel laid up in the land on high.”

May 5, 1904: Former Governor Taylor had gotten a divorce, according to The Comet. “Mrs. R.L. Taylor has been granted a divorce from her husband, ex-Governor Robert L. Taylor, Judge Sneed having heard the case yesterday and delivered an oral opinion granting the divorce at the conclusion. The matter of alimony was referred to the clerk and master. A conference of attorneys of Mrs. Taylor and ex-Governor Taylor will be held and an agreement reached on this matter.”

“The case was heard on the bill of Mrs. Taylor and the answer of Governor Taylor, denying the charges of abandonment and desertion, and failure to provide, and at its conclusion the court rendered an opinion, granting the decree.”

May 5, 1911: The Johnson City Comet reported on a recent baseball game in Johnson City. “The Columbus Powell students and the Locust street (sic) Sluggers played a game of baseball yesterday afternoon. The Columbus Powell boys defeated the Locust street (sic) Sluggers 25 to 7. The big stick work was done by Elliott, McCartt and Archer.”

May 5, 1921: Exactly a century ago, The Fayette Banner reported weather-related news with a Johnson City dateline. “Reports from the outlying country districts and the mountain sections are to the effect that not only is the fruit crop literally killed and cooked, but that wheat and barley are damaged beyond recovery. A rain fell before the snow and froze.

The Fayette Banner was a newspaper published in Fayette, Alabama

There was not a newspaper published in Johnson City in 1921.

May 5, 1931: The Johnson City Staff-News reported, “The Redpath Chautauqua, in announcing their coming program — which will open in Johnson City on May 26, feels that they have one of the most popular, as well as the most worth-while program they have ever given.”

May 5, 1941: There was no doubt in the minds of Johnson City Press readers that the world was in a dangerous state upon viewing the newspaper headlines. The headlines read, “Nazi Air Force Punctuates Hitler Invincibility Boast With Terrific Raids on Ireland and England.”

May 5, 1951: With a dateline from Elizabethton, the Johnson City Press-Chronicle reported exciting news for the Stoney Creek community in Carter County. “The Stoney Creek area of Carter County will undergo a detailed survey in the immediate future by Inter-Mountain Telephone Company in preparation for installing telephone service for that section.”

“Plans are to extend the Inter-Mountain’s service from Elizabethton to the Buladeen community. Officials of the First Utility District of Carter county (sic) and company officials conferred the decision to expand.”

Finally, readers learned, “Inter-Mountain officials explained that it would be impossible to give a completion date for the expansion as critical shortages could delay the work.”

Buladeen is a small community in rural Carter County. There is another Buladeen located in North Carolina. Buladeen, North Carolina, is located about 24 miles from Johnson City.

“Members of each recruit company designate one man from their group as honorman. He is selected on the basis of leadership, sportsmanship, military bearing, initiative, response to orders, qualifications of a good shipmate and application of training instructions.”

“A native of West Virginia, Mrs. Hankins had resided in Johnson City since 1921. She was a member of the First Presbyterian Church where she was very active in church work and a longtime Sunday School teacher.”

More details included, “She was a member of the Monday Club, the Wednesday Morning Music Club, the original board of the Johnson City Girls Club, where she taught a Bible class to club members, and a member of the Merry Wives club.”

Mrs. Hankins was survived by one son, Dr. Walter D. Hankins, among other relatives.

May 5, 1981: The Johnson City Press-Chronicle wrote an editorial regarding Prince Charles. “Prince Charles of Great Britain is to be married in July.”

“Perhaps, the prince should stay off horses until he’s safely married to Lady Diana Spencer.”

“Prince Charles was spilled form his horse the other day during a polo match, the third such tumble in six weeks. Moreover, Charles is scheduled for a season-ending match just three days before his July 26 wedding.”