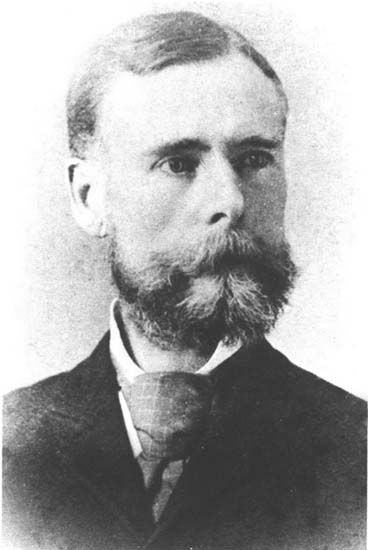 May 2, 1872: The Herald and Tribune reported news of area schools. From Martins Creek, readers learned, “This School closes on the 3rd of May. Rev. Mr. Scott and our young friend W.M. Haley have succeeded in building up a fine School (sic). The people are alive on the subject. We hope every district in the county will organize at least one School (sic) of high grade.”

From Broylesville, it was noted, “R.N. Collum is in charge of a flourishing School (sic) at this place. The free school idea is taking a deep hold among the people of the village.”

Finally, from Limestone, readers read, “W.A. Nelson, A.B. is a live School (sic)man and has a real live school. The people here in contemplation of the building of a more suitable School (sic) house. Let the good work go on. The Schools (sic) are the best arguments we can offer in behalf of education.”

Martins Creek is in Unicoi County.

Broylesville is a community in rural Washington County, located between the communities of Limestone and Washington College.

The Herald and Tribune was, and still is, published in Jonesborough, which was spelled that way in1872.

May 2. 1885: The Comet offered readers several thoughts in a column called, “Modes of Courtship.”

“The tailor presses his suit.”

“The shoemaker lays his awl at her feet.”

“The blacksmith strikes the iron when it is hot.”

“The carpenter says her society adds joy to his existence.”

“The woodchopper offers himself as her feller.”

“The mason believes his chances rest on a good foundation, when he informs her that refusal would be mortarfying (sic) to him.”

“The sailor first ascertains how the the (sic) land lies, then approaches her when she’s in stays, and informs her that she’s in need of a first mate.”

“The dairyman declares he is bound to heifer and can love no udder.”

“The furniture dealer is so much in love with her that he is willing to accept her affections on installments, one-tenth down.”

“The poet woos her with a sonnet, and her big brother starts out in search of him with a shotgun.”

“The ‘funny man’ approaches her with jokes and puns, and has the dog set on him and loses the skirts of his swallow-tail coat.”

“Finally the champion roller-skater rolls into her good graces, and she elopes with and marries him.”

May 2, 1889: The Comet reported, “Col. T.E. Matson has resigned as Chief Engineer of the Charleston, Cincinnati and Chicago Railroad. His resignation took effect May 1st. Col. is one of the originators of the line and has worked hard and unceasingly in the interest of the company and also for Johnson City. The fact that the road is to pass through Johnson City is due in no small degree to Col. Matson’s labors. As an engineer he has few equals and as a gentleman no superiors and his resignation will be a loss to the Company. Mr. A.N. Molesworth succeeds him as Chief Engineer.”

May 2, 1901: The Comet offered two opinions. The first one was, “It is a funny thing that no baby ever looks really healthy, like a little dog does.”

This was followed by “Short absence increases friendship; long ones kill it.”

May 2, 1904: With a dateline from Johnson City, the Chattanooga Daily Times reported, “At the convention which was held in the court house (sic) here Saturday, George A. Reeves, of the Ninth district of Washington county (sic), was indorsed (sic) for trustee by the republicans (sic) there assembled. P.H. Wofford, of Washington county (sic), presided. He appointed Postmaster Campbell, J.B. Cox and J.E. Brading a committee to select delegates to attend the county convention, which meets at Jonesboro next Thursday. The following gentlemen were appointed: D.A. Vines, P.G. Miller, M.B. Martin, J.B. Cox, W.G. Mathes, D.H. Willard, E.J. Vaught, S.M. Arness, Prof. Wolfe, Guy Z. Massey.”

There was not a daily newspaper published in Johnson City in 1904. The Comet was a weekly publication.

May 2, 1911: The Johnson City Comet carried sad news regarding the death of a teenager.

“Sunday afternoon when the sun was nearing the western horizon little James Valley closed his eyes in death after an illness of several weeks. He was the son of D.P. Valley and was only fifteen years of age. For more than a month he has battled with a complication of pneumonia and gall stones and it was believed for awhile that he would survive, but the best medical service and attention was unsuccessful and the little soul was taken back just as it was beginning to unfold.”

“The heartbroken parents and brothers and sisters have the sympathy of the community in their sad bereavement. The funeral will be conducted at the residence on the corner of Oak street (sic) and Watauga avenue (sic) this afternoon at one o’clock by Rev. S.B. Vaught and the body laid to rest in Oak Hill Cemetery.”

May 2, 1915: With a Johnson City dateline, The Chattanooga Sunday Times offered two stories of interest to Johnson Citians. “Miss Irene Hannah, daughter of Mr. and Mrs. Mark Hannah, has been appointed by Capt. W.A. Dickson as maid of honor of the First Tennessee brigade, confederate veterans, to attend the reunion in Richmond next month.”

The other story pertained to an upcoming election. “The city election will be held this month. Mayor S.E. Miller will make the race again. E.J. Vaught has announced that he will make the race as an independent candidate, although he is a republican (sic). Alderman C.P. Faw and Frank St. John, president of the board of education, may make the race for mayor. Many candidates are expected to announce for the four positions on the board of aldermen.”

The Johnson City Staff was published in Johnson City in 1915. However, it was not printed on Sunday. May 2, 1915 was a Sunday.

May 2, 1918: The Johnson City Daily Staff reported, “Through the generosity of the assistant manager, who personally conducted the party, 21 Staff carrier boys in charge of Circulation Manager C.W. Britt, visited the Rubin and Cherry Shows last night. The boys had a time that only 21 kids could have.”

The Rubin and Cherry Shows was a carnival that was visiting Johnson City.

May 2, 1921: Exactly one hundred years ago, and with a dateline from Jonesboro, The Selma Times-Journal reported information of a jail escape. “Eight of the 20 prisoners in the county jail here sawed their way to liberty between 3 and 4 o’clock Sunday afternoon and until this morning none of them had been recaptured.”

“Green, one of the escaped prisoners, was paroled a few months ago from the state penitentiary where he was serving a 20 year sentence for killing policeman Walter McPheak(sic), of Johnson City. Shortly after he returned he was arrested on the charge of carrying a pistol and was tried and sentenced to 90 days in jail and fifty dollars fine. He was later arrested and charged with a hold up of a Harry Vines in Carter county (sic) and was convicted but was granted a new trial, which was to be held at the June term of Carter county (sic) court.”

Jonesboro was spelled that way in 1921.

The Selma Times-Journal is a newspaper in Selma, Alabama. It was founded in 1827, and is still in publication.

There was not a newspaper published in Johnson City in 1921.

May 2, 1933: With a Nashville dateline, The Elizabethton Star reported, “William W. Faw of Johnson City was appointed by Commissioner of Labor W.E. Jacobs today as state hotel inspector to succeed S.I. Bolton. Faw has been connected with the John Sevier hotel (sic) at Johnson City.”

Johnson City did not have a newspaper published in 1933.

The Elizabethton Star is still in publication.

May 2, 1943: The Sunday Press-Chronicle reported information about the sale of War Bonds. “Washington county (sic) more than doubled its April War Bond quota of $1,027,000 in one of the most ambitions drives in history.”

“Individual bond purchases more than equaled the purchase price of a heavy bomber for U.S. fighting forces, and the name, ‘Spirit of Watauga,’ was chosen by public vote to christen the plane and submitted to the War Department for final approval.”

May 2, 1953: The Johnson City Press-Chronicle ran a classified advertisement for shoats. It read: “Shoats for sale at any time. J.W. Scalf, New Jonesboro Hwy Near Derby Grill. Ph. 347 – J.”

A shoat is a young pig.

Jonesboro was spelled that way in 1953. The New Jonesboro Highway was the section of roadway between West Market Street and what is now East Jackson Boulevard.

May 2, 1981: In a follow-up to an item from this column dated April 11, 1980, the Johnson City Press-Chronicle ran an article about the outcome of the trial of Mike and Buddy Caudle, two brothers accused of concealing stolen property. In a bylined article, Linda Sanders reported, “A Johnson City police lieutenant and his brother were acquitted of charges of concealing stolen property in Washington County Criminal Court in Jonesboro Friday.”

More details revealed, “Mike Caudle, a 10-year veteran of the force, and his brother, Buddy Caudle, were arrested a year ago and charged with selling truck tires which belonged to Sullivan County.”

“Since that time, Mike Caudle has been suspended from the force.”

“Police Chief Fred Phillips said Friday, ‘Without consulting with the city attorney, I can probably say he (Caudle) will be reinstated with back pay. But, that’s strictly without consultation.’”

“The decision about Mike Caudle’s reinstatement will be discussed with city officials early next week, Phillips said.”

Jonesboro was spelled that way in 1981.