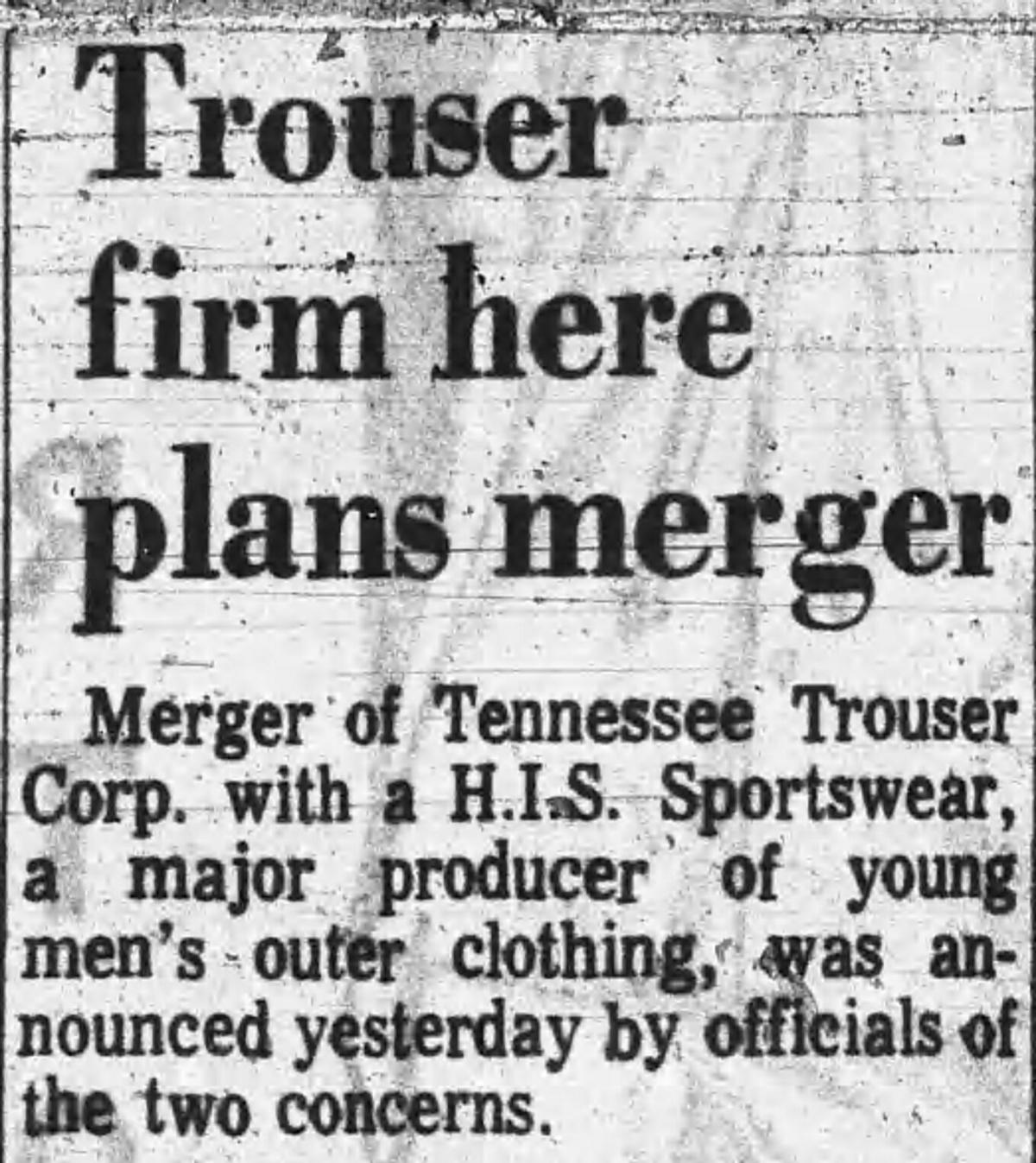 May 1, 1868: The Union Flag published a unique advertisement. “Mr. Wm. S. Barkley has our thanks for a delicious bottle of pure grape wine. This proves to us conclusively that good wine can be made in this country. It also proves another fact, and that is, Mr. B. knows how to make it. Send and get a few bottles and try it and be convinced.”

The Union Flag was a newspaper published in Jonesborough, which was spelled that way on the masthead.

May 1, 1905: With a dateline from Johnson City, the Nashville Banner reported news about area railroads. “Preparations are being made to resume work on the South & Western Railroad, which line was, ten years ago, partly built and was then known as the “3 C’s” line, which was to extend from Chicago by Cincinnati to Charleston, S.C., crossing the Tennessee Valley and the Southern Railway at Johnson City, Tenn.”

“The trains are now running out in Spruce Pine, N.C., some sixty-four miles from Johnson City. It is said that the Seaboard Air Line is to control this new line and by it reach the coal fields of Southwest Virginia and Eastern Kentucky and that the main shops will be here.”

Johnson City did not have a daily newspaper in 1905. The Comet was a weekly publication.

The Nashville Banner ceased publication in 1998.

May 1, 1918: The Johnson City Daily Staff reported on the injuries and illnesses of several area residents. “Friends of Mrs. Berry Wilson will regret to learn that she is seriously ill.”

“Mrs. J.W. Birdwell and Miss Louise Cox, who were operated on last Saturday by that eminent surgeon and scholarly gentleman, Dr. John B. Deaver, in Philadelphia, are improving rapidly.”

“Mesdames Artz and Wilson are spending the day with Mesdames MacNair and Fontaine, where Mr. and Mrs. G.R. Hurlbut are still guests. Mrs. Hurlbut is recovering from a fall, and their suite at the Avalon is being refitted.”

May 1, 1929: In a follow-up to a recent item in this column, The Selma Times-Journal, with a Johnson City dateline, reported about the strike at the American Cigar Box Lumber Company. “Company E. 117th Infantry, Tennessee National Guard, was due to arrive here shortly after noon for strike duty at the plant of the American Cigar Box Lumber Company, the troops having left their armory at Athens, Tenn., early this morning.”

The article continued to state, “The plant has been slowed for almost a week following a strike. It had been planned to resume operations Monday but the plan was not carried out. There was no official announcement as to the reason for calling out the guardsmen.”

The Selma Times-Journal is a newspaper in Selma, Alabama. It was founded in 1827, and is still in publication.

May 1, 1931: The Johnson City Chronicle published a classified advertisement alerting readers to be on the lookout for a pair of glasses. “Lost – April 29, somewhere between Dossers’ and Massengill’s, one pair of horn rimmed glasses. Finder please call 1594-W.”

May 1, 1950: The Johnson City Press-Chronicle carried two hospital reports. “Bobby Scalf, age 11, son of John Scalf, 1415 East Fairview, city, was treated at Appalachian Hospital yesterday for arm and leg injuries received when he was bitten by a dog.”

“Laura Burkett, age 10 months, 312 East Eighth avenue (sic), was treated at Swingle Hospital yesterday for cuts to the forehead sustained when she pulled a lamp over upon her.”

The Swingle Hospital was a private hospital. It was located on North Roan Street, near Science Hill High School.

May 1, 1956: The Johnson City Press-Chronicle quipped, “There’s always good in any situation. Take color TV. So far the Joneses haven’t been able to afford it either.”

May 1, 1968: The Johnson City Press-Chronicle reported news about a merger for a manufacturing plant in Johnson City. “Merger of Tennessee Trouser Corp. with a H.I.S. Sportswear, a major producer of young men’s outer clothing, was announced today by officials of the two concerns.”

“Figuring largely in the consummation here yesterday were Joe Wood and Hugh Mohler of Tennessee Trouser Corp., established two years ago, and Klein Thornton, vice president of operations, and Lloyd Anderson, production director of pants and dungarees for the menswear group.”

“The same management and personnel will remain with the Johnson City operation.”

More details included, “The Johnson City plant, located at 2404 S. Roan, is due for what was described as a gradual expansion.”

“Currently, the work force is about 150, largely women. The negotiators indicated an anticipated payroll of 400.”

May 1, 1971: Over the masthead, headlines in the Johnson City Press-Chronicle revealed Miss America would be in town that day. The occasion was the Miss Johnson City pageant. “A new Miss Johnson City will be chosen today … the festivities (will take place) at East Tennessee State University’s Memorial Gymnasium.

“Miss America, Phyllis George, will arrive today for the Miss Johnson City Pageant to get underway at 8 p.m.

“Nancy Luntsford will crown her successor, one of the following 12 girls competing for the title:

“The pageant is sponsored by the Jaycees.”

May 1, 1982: The World’s Fair opened in Knoxville. (Personal recollection of Rebecca Henderson.)