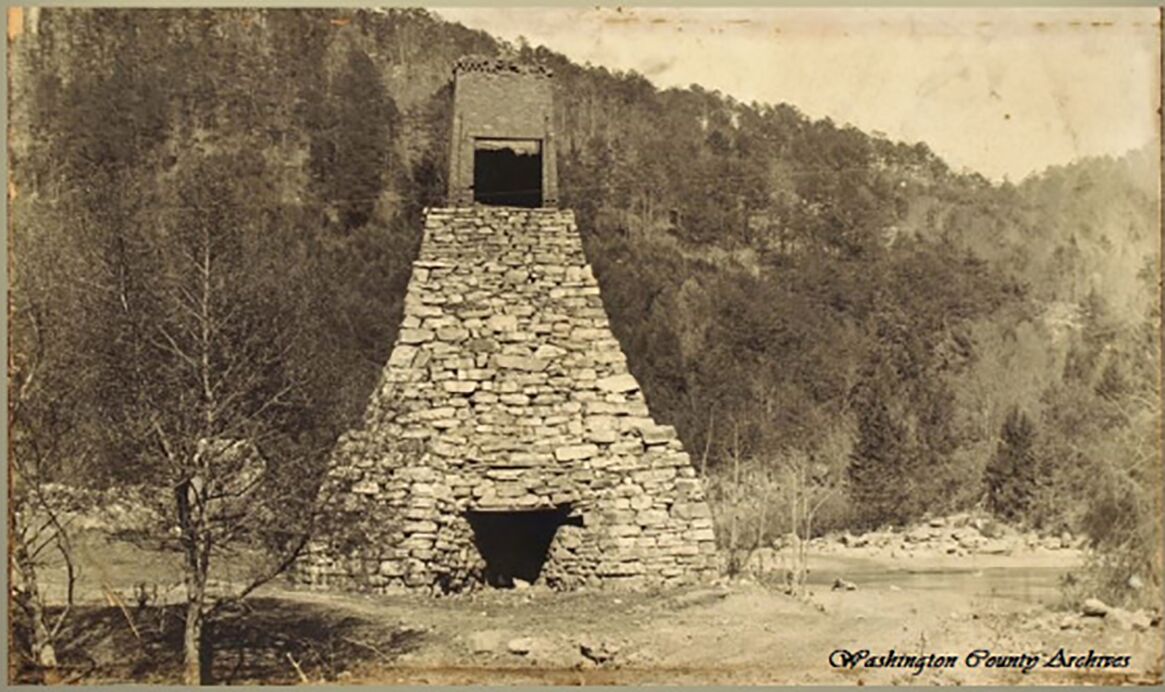 The original iron blast furnace in Embreeville served mines in the area and helped expand the railroad. It was later replaced by a larger, more modern furnace and foundry. The older furnace was destroyed by flood in 1901.

March 4, 1892: “Judge Hart and Col. Chase made a flying trip to Jonesboro yesterday,” according to The Comet.

The newspaper also reported, “Rev. T.B. Russell returned yesterday from a trip down the road.”

Jonesboro was spelled that way at the time.

March 4, 1899: The Knoxville Sentinel reported news from Upper East Tennessee. With a dateline of Johnson City, readers noted, “The Embreeville furnace is again in blast, after being blamed for a few days during the extreme cold weather last week.”

More details stated, “The foundry and machine works are running a large force of hands at present, owning to a rush of orders. They are making some heavy castings this week for the Uptegrove veneer factory.”

Finally, it was noted, “There have been quite a number of visitors in the city the past few days prospecting. Some want farming lands, others sites for saw mills and other manufactories.”

March 4, 1919: Under “Normal Notes” in The Johnson City Daily Staff readers learned, “Lieut. Thomas McMurry (sic), of Blount County, a former student, who has returned from France, is visiting the school for a few days. He made a very interesting talk at chapel this morning.”

The Normal referred to the Normal School, which eventually grew into East Tennessee State University.

March 4, 1923: The Johnson City Daily Staff reported, “Thursday’s chapel hour at the Johnson City Senior High School was taken up with the awarding of the football letters to all men qualified. Appropriate speeches were made by individuals stressing aminly (sic) in the excellent season through, with the department of sport still so young in Johnson City. Twelve stars were awarded and six letters.”

March 4, 1937: The Bristol Herald Courier, with a dateline of Johnson City, reported on recent court news from the law court. “Glenn Gregg was awarded judgment of $2,000 in law court here today for injuries allegedly received in an automobile wreck near Bluff City last August.”

The article continued to say, “Judge Ben Allen presided. Gregg was represented by Sam R. Howell and Chase and Neal, and Allison was defended by the law firm of Cox, Taylor and Epps and Attorney Albert Lee.”

March 4, 1943: The Johnson City Chronicle reported sad news related to World War II. “Mrs. Mattie Bouton of box (sic) No. 61, Baxter street (sic) extension (sic), has been notified by the War Department that her son, Staff Sergeant Herman B. Bouton, a veteran of the First World War, is being held as a prisoner of war by the Japanese in Bataan in the Philippines.”

The news continued, “The 48-year-old sergeant worked in Johnson City for several years after returning from service in France and re-enlisted in the Army about seven years ago. He had been in the Philippines for a number of years before the present war began. A native of Johnson City, he attended local schools before his first service period.”

March 4, 1949: The Johnson City Press-Chronicle reported news of a recent marriage. “Announcement is being made of the marriage of Miss Patricia Ann Anderson, daughter of Mr. and Mrs. John E. Anderson, of Johnson City, to Robert Morgan Griffith, whose parents are Mr. and Mrs. Lee M. Griffith. The marriage vows were exchanged on August 21, 1948,”

March 4, 1950: Readers of the Johnson City Press-Chronicle learned, “Building permits totaling $13,600 were issued by the recorder’s office the past week.”

“Included among the permits were a $10,000 permit issued to C.C. McDaniel for a residence to be located at Tulip and Iris streets.”

March 4, 1962: In a captioned photograph on the front page of the Johnson City Press-Chronicle, readers learned of a local manufacturing facility changing hands. “Imperial Furniture Co. employees were told Friday at noon of the sale of the plant here to Magnavox Co. of Fort Wayne, Ind. Albert J. Marineau, the new plant manager for ‘Magnavox,’ spoke to the 250 Imperial employees. The workers generally expressed themselves as well-pleased with the sale.”

March 4, 1971: According to the Johnson City Press-Chronicle, “Clay Boyd, chairman of the Board of Steed College Trustees announced yesterday Howard S. Steed, the second president in the history of the business and commercial college, is resigning effective June 15.”

The article continued to state that Mr. Steed had been president of Steed College, a four-year institution, since June of 1968. “He held a student assembly yesterday morning explaining his actions to the Steed student body.”

“Steed, also a member of the Washington County Board of Education, said occasionally the college suffers due to his political and personal activities. He opined this was not in the best interest of the school, its faculty, or the students.”