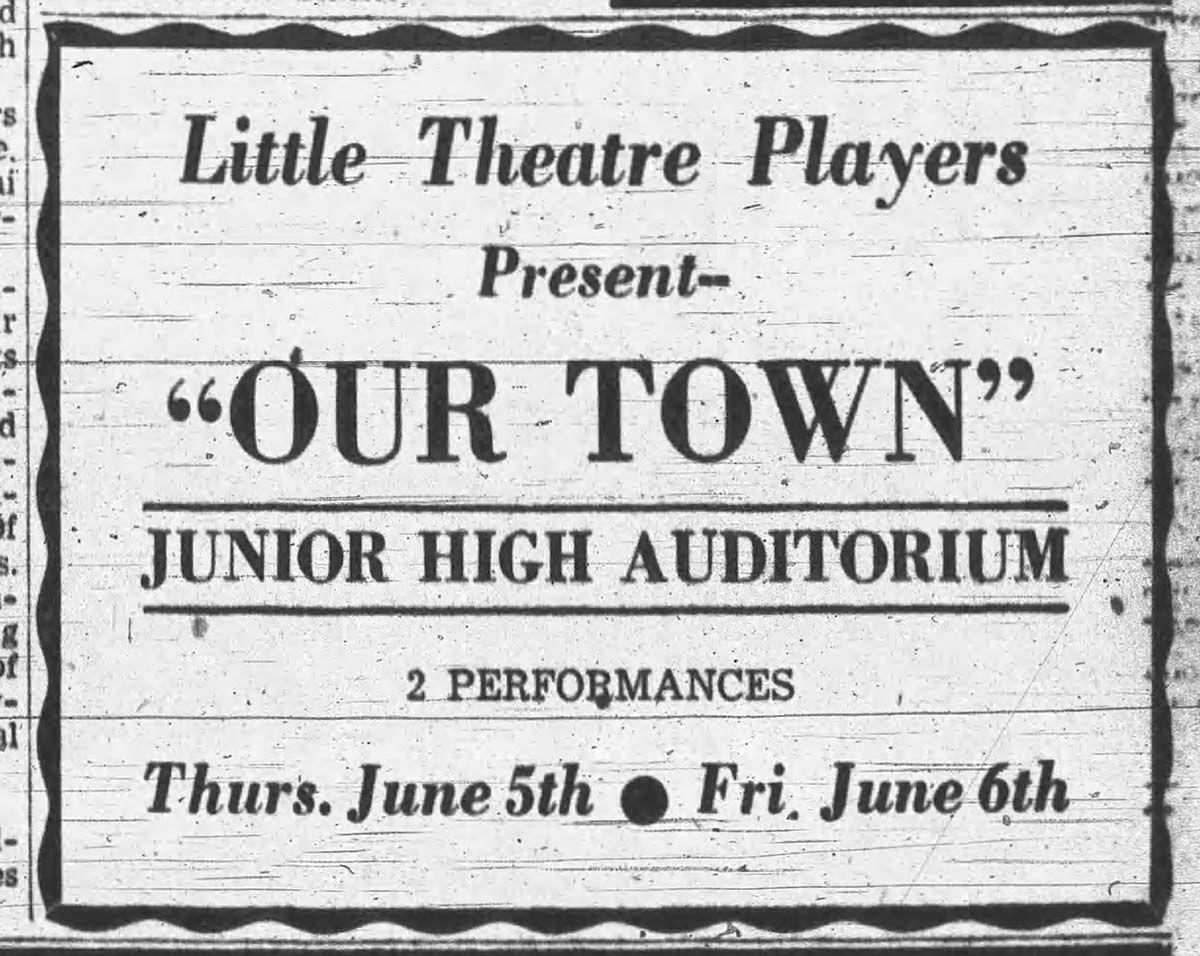 June 4, 1845: The Jonesborough Whig and Independent Journal reported, “We are authorized and requested to announce JONATHAN HARTMAN as a candidate to represent the citizens of Washington County in the representative Branch of the next State Legislature.”

Jonesborough was spelled that way in 1845.

June 4, 1891: The Comet alerted readers that school would soon be in session. “We desire to say to the good people of Johnson City and surrounding counties that the FIRST TERM of our school, known as Johnson City Institute, will open August 10, 1891.”

The article further stated, “We earnestly but very respectfully solicit the patronage of all who had children to educate.”

The item also reported that Robert L. Couch would be the principal of the Institute.

June 4, 1908: With a dateline of Bristol, The Comet reported, “John Brunner, who was a witness in the Hale trial at Blountville, was taken in charge by Deputy United States Marshall B.U. Bolton Thursday when he returned here. He is charged with having used the United States mails to send obscene letters to respectable women in Bristol. He was taken to Johnson City to be given a hearing before Commissioner Vaught.”

“Mrs. Steve Carson of Embreeville is spending several weeks with her mother, Mrs. A.C. Painter recuperating from a recent illness.”

Mr. H.C. Trolinger and son, Jim, spent Sunday with Mrs. Stanyarne Little. Mrs. Little continues to be quite ill at her home on Southwest Avenue.”

“Friends here have received news of the arrival of Corp. R.E. Harrison, who landed safe over seas (sic).”

Embreeville is located in rural Washington County, near the Nolichucky River.

June 4, 1921: A century ago today, The Charlotte News reported Kingsport and Johnson City had recently played a baseball game in the Appalachian League. Kingsport won the ball game, with the score being 4 to 3.

The Charlotte News was a newspaper published in Charlotte, North Carolina, and is no longer in publication.

There was not a newspaper published in Johnson City in 1921, according to our records.

June 4, 1925: The Johnson City Staff-News reported news of a large event that had recently been held in North Carolina. With a dateline of Spruce Pine, North Carolina, readers learned, “Between six and seven thousand people from all parts of Western North Carolina, Eastern Tennessee and Southwest Virginia, embracing the Appalachian region, were guests of the Tri-County Development Association at a barbeque and get together meeting here today, the climax of successful efforts of the association to unite the ability and energies of the people of this section for mutual material development.”

“The Tri-County Development Association was recently formed of the progressive citizens of Mitchell, Avery and Yancey counties, in Western North Carolina, for their co-operative development, and the barbeque was planned and carried out today to extend the idea to the whole section.”

“Planning for a large crowd, expectations of the officers were exceeded; but so perfect were arrangements carried out that more than six thousand people were fed in an hour, with ample viands furnished by the association and prepared and served with the help of more than a hundred ladies of the host counties.”

Among those in attendance were John Wood of Johnson City and former Tennessee Governor Alf A. Taylor, who was also from Johnson City.

Spruce Pine is located in Mitchell County, N.C., and is about 46 miles from Johnson City.

June 4, 1930: Infrastructure was in the news in the Johnson City Chronicle. “Federal route (sic) No. 23, recently designated, places Johnson City on one of the most important interstate north-and-south motor highways across the United States. It crosses the most direct route from the Great Lakes to the Gulf of Mexico and gives the short but picturesque motor route from here, across the mountains to Asheville. It is now paved for the greater part of the distance, but work being done on a link in Eastern Kentucky prevents through use for about sixty days. It is being used however, both north and south of this Kentucky link. Work under way will have the route paved the entire distance in about eighteen months, though it may be used in any weather after about August 1, and may be so traveled now except the short link in Kentucky.”

“The party was held in the summer house and in the garden.”

June 4, 1947: According to an advertisement in the Johnson City Press-Chronicle, the Little Theatre Players would present “Our Town” in the Junior High Auditorium on June 5th and June 6th.

June 4, 1954: The Johnson City Press-Chronicle published several hints for those planning a vacation. “If you plan to close your home while vacationing this summer, here are a few ‘don’t forgets’ many people overlook: Don’t forget to store candlesticks in a cool place, guard books against mildew by leaving charcoal to absorb dampness, take in screens and store matches in a metal container.”

More details stated, “A retired supervisor at Johnson City Foundry, Wood sustained a compound fracture to his right arm and facial injuries. He was struck as he crossed North Roan Street in front of Dan Plank Motor Co., by a car driven by Albert Hill Jr., 300 Cliffside.”

Memorial Hospital was the forerunner of the Johnson City Medical Center.

June 4, 1974: Readers of the “Dear Abby” column in the Johnson City Press-Chronicle read Dear Abby’s response to Anonymous: “Look at it this way. Hypertension is the price you pay for being a race horse instead of a cow.”

Hypertension is now commonly referred to as high blood pressure.