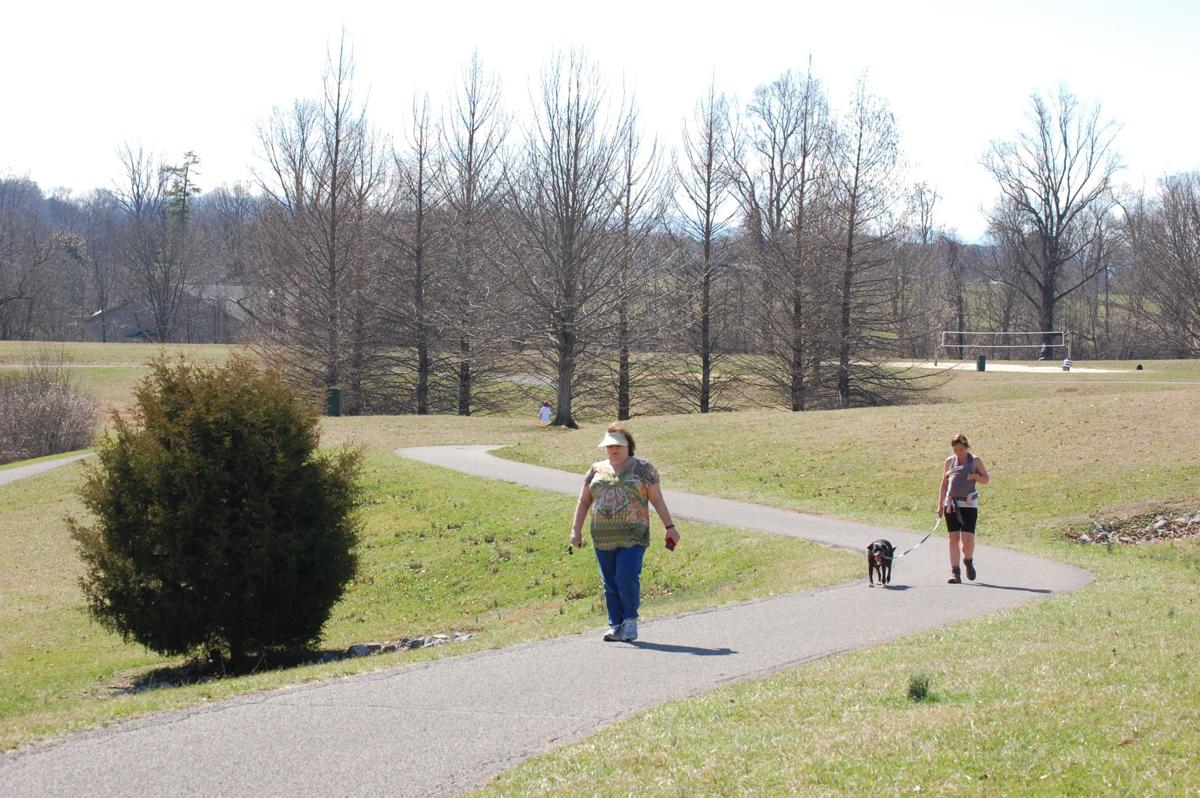 Tuesday afternoon provided some much needed relief from a string of rainy days this month, giving residents an opportunity to take a stroll and walk their dogs at parks like Willow Springs Park.

“Mr. Ed Lynn is the new Secretary and Treasurer at the Johnson City Foundry and Machine Works.”

“Mrs. Sam Simons and daughter, Lottie May, have returned from Cranberry. The child is improved in health.”

“Gen. Wilder yesterday deeded the lot on which the new Baptist Church is built at Roan Mountain, and then gave ten dollars in cash.”

“Mayor Ike T. Jobe calls the board together every few nights now and is settling down to work nicely. He presides with dignity and keeps both eyes open for Johnson City interests.”

“The County Court of Carter County on the first Monday in this month, appointed three commissioners to each civil district to view and lay off roads where needed, access damages, and condemn the land.”

Jonesboro was spelled that way in 1889.

“Friends of Mr. W.L. Holloway and daughter little Miss Wilma will be pleased to know that they are reported very much better from an attack of ptomaine poisoning caused by eating canned salmon Tuesday evening.”

Shulls Mills is a community in Watauga County, North Carolina and is located about 49 miles from Johnson City.

July 18, 1921: A century ago today, The Birmingham News reported news about a murder in Johnson City. With a dateline from Johnson City, readers learned, “Police here today were searching for John Green of this city, who is charged with the murder of Robert Houston here late yesterday. The shooting is said to have taken place in the Houston home following an extended quarrel between the two men.”

The Birmingham News was, and still is, a newspaper published in Birmingham, Alabama. We do not have access to any newspapers that were published in Johnson City in 1921.

July 18, 1924: The Johnson City Chronicle reported, “A series of joint debates between Carroll Reece and W.I. Jones, candidates for the congressional nomination in the First district (sic) on the Republican ticket, is not to materialize, as had been suggested to Ben Allen, manager for Mr. Jones.”

In a letter to the Hon. Ben Allen, C.L. Marshall, the campaign manager for Mr. Reece, stated, “’I acknowledge receipt of your letter of July 17th requesting that joint debates be arranged between Congressman Reece and the opponent for a portion of the time remaining in the present campaign.’”

“’In reply, beg to say that after thorough consideration I deem it unwise to accept your challenge, due to the fact that at the August primary a county ticket is also to be elected in each of the twelve counties.’”

“’A general debate between candidates of the same party, I believe, would only serve the interest of the opposite party and very materially affect our county tickets. It has been the policy of Congressman Reece in the past to do everything possible to harmonize the Republican ticket to the counties.”

July 18, 1934: The Johnson City Staff-News reported, “Proving conclusively that comparatively few people of this city fully realize the many and productive activities of the Chamber of Commerce, a talk by Secretary E. J. Wagner before the Rotary Club at the Tuesday luncheon brought out the fact that many Rotarians, all of who are active supporters of the Chamber, were themselves unaware of the constant hard work being done by the Chamber in the interests of Johnson City and surrounding territory.”

“Fred Greene, route (sic) 3, city, was treated for burns on the hand caused by hot tar, and Olaf Wexler, 114 West Pine street (sic), had a dressing applied to burns on his hand and arm caused by a gas explosion.”

The bridegroom-elect “graduated from Hotchkiss School and Princeton University where he was president of the Charter Club. Mr. Liddell recently completed three and a half years in the U.S. Navy.”

July 18, 1996: Twenty-five years ago today, readers of the Johnson City Press learned about a new park in Johnson City. “Johnson City has received a $150,000 grant from the state Department of Environment and Conversation for Willow Springs Park.”

“Assistant City Manager Peter Peterson said Wednesday that the city had included the money in its budget, anticipating the state would provide the grant. The city also included $250,000 of its own money in the budget.”

“With the $400,000, Peterson said the city might complete a lot of the preparatory work for the park, such as grading, installing underground utilities and preliminary construction of parking lots. He said the city does not have the final construction documents so some of the work might change.”

“Peterson said he was ‘tickled’ by the state’s action.”

“’It’s great,’ he said. ‘It will be a big plus toward the construction of Willow Springs.’”