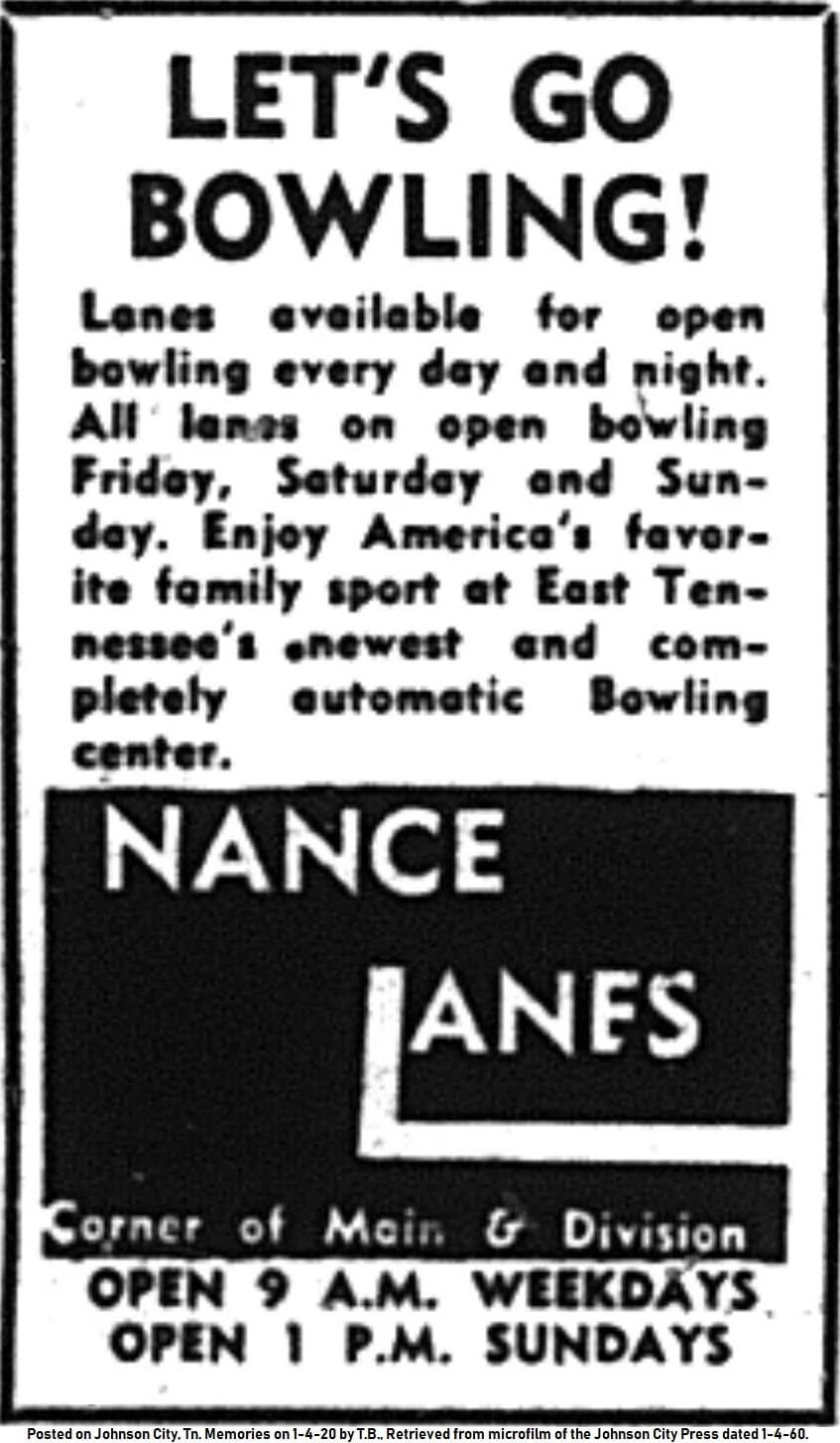 Jan. 4, 1894: The Comet reminded readers to pay their taxes, or they would face the consequences. “The State and County taxes are now due and can be paid at H.C. Hart’s office until the first Monday in February, 1894. On and after that date they will be in the hands of the constable for collection.”

Jan. 4, 1900: The Comet opined, “It is now rumored that the Carnegie Hotel will be moved to Bristol. Why don’t they annex us — if they must have us? It would be cheaper.”

Jan. 4, 1911: The Daily Journal and Tribune, a newspaper in Knoxville, reported, with a Johnson City dateline, “The government’s postal savings bank system for Tennessee was inaugurated in the Johnson City post office today. J.T. Browning, the money order clerk, being in charge.”

Jan. 4, 1935: The Johnson City Chronicle reported, “Mr. L.M. Fortner of Memphis has become a member of the staff of a local retail business and will make his home here.”

Jan. 4, 1946: With a dateline of Johnson City, the Bristol Herald Courier reported horrific news. “Carl Baker, 26-year-old Broadway Camp employe (sic), will face homicide charges next Tuesday morning in connection with the gun death of Corporal Clarence C. Stockton, 21, of Unicoi county, who was killed during an altercation that occurred in downtown Johnson City last night.” The article continued, “Stockton, shot twice in the chest and once in the stomach, died almost instantly ... Vernon Cook, 20, of the Piney Grove section, was shot in the leg during the altercation and was taken to Appalachian hospital.” The story concluded by saying, “Johnson City police said today that O’Dell Baker, 20, brother of Carl, a former soldier who holds the Distinguished Service Cross, and Willey Cardwell, of Jonesboro, route 5, had been taken into custody for investigation in connection with the shooting.”

Jan. 4, 1954: The Johnson City Press-Chronicle reported on a visit to Johnson City by Mrs. Vera Bruhn, who was a “mental hygiene executive of Birmingham, Ala.’’ She was in Johnson City to “direct a series of meetings on the subject of a possible child guidance program here.” The meetings were sponsored by the Junior Auxiliary, and would be attended by members of the Rotary Club, the Lions Club, and staff and board members of Memorial Hospital. Mrs. Richard Jennings, Jr. was president of the Auxiliary, and Mrs. Hanes Lancaster Jr. was chairman of the meetings. Other committee members included Mrs. Allen Harris Jr., Mrs. L.E. Gordon Jr., Miss Eugenia Range, Mrs. Hugh Mohler, Mrs. Matthew Tucker and Mrs. Charles Sherrod. The Junior Auxiliary became a Junior Service League, and then it became a Junior League — the Junior League of Johnson City.

Jan. 4, 1968: New Year’s resolutions were the topic of an article in the Press-Chronicle. “ ‘Uncle’ Bill Daniels of the Washington County Sheriff’s office said he was going to ‘lay his pipe away.’ Uncle Bill has been smoking a pipe since he carried a Springfield rifle during World War I. By the gleam in his eyes when he spoke, it was obvious he was not extremely serious.”