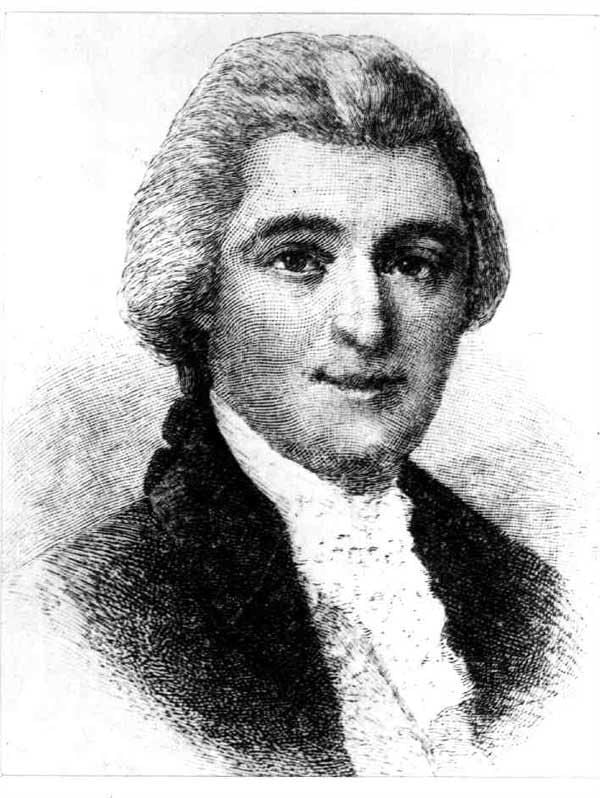 Jan. 10, 1799: William Blount, who was appointed by President George Washington in 1790 as president of the newly formed Tennessee Territory, was impeached in a trial by the U.S. Senate. Mr. Blount used Rocky Mount as his temporary headquarters before “the territorial capital was changed to Knoxville” in 1792. (Sources: An Adventure in Northeast Tennessee: A three Day {Self-Guided} Tour by Faith Stahl and www.Senate.gov)

Jan. 10, 1857: George Carter was born in Hillsville, Virginia. He lived in Johnson City from 1907 until 1920, and donated 120 acres for the construction of what is now East Tennessee State University. (Source: The Tennessee Encyclopedia of History and Culture.)

Jan. 10, 1863: David M. Buck, a settler in Buffalo Creek, met a premature death. His father was Ephraim Buck, who was a soldier in the War of 1812. Mr. Buck left behind a widow with five young children; another daughter was born three months after Mr. Buck’s passing. (Source: 100th Anniversary History and Directory 1871-1971, First Christian Church, Johnson City, Tennessee. Compiled and written by Mary Hardin McCown and Josephine Carpenter Owen.)

The Buffalo Creek section is now known as the Milligan community.

Jan. 10, 1900: The Knoxville Sentinel, with a dateline of Johnson City, reported, “A corps of engineers is at work on the nine mile link of railroad between here and Elizabethton.”

Jan. 10, 1919: The Johnson City Daily Staff reported, “The condition of city recorder, R.C. Warren, confined to his home with an attack of the influenza, is said to be but little improved today. He has been ill for six days and requires the attendance of a nurse.”

Jan. 10, 1928: The Knoxville News-Sentinel reported, with a dateline of Johnson City, some sad news. “Funerals were held today for Tom B. Crouch, assistant police chief, and Raymond Stroup, who were shot to death in a gun battle early Sunday morning. The burial of Crouch was in his uniform and police officers were pall-bearers (sic). City offices were closed for the funeral.”

Jan. 10, 1933: The Bristol Herald Courier reported, with a dateline from Johnson City, about a recent fire. “Fire early yesterday morning destroyed four mules, a considerable amount of feed, harness and other livery stable equipment of the Carter-Robertson Live Stock Exchange on West Market street (sic). Estimates of the damage ran as high as $4,500, but no careful calculations of the loss had been made today.”

Jan. 10, 1936: Reporting with a dateline of Johnson City, The Bristol News Bulletin alerted readers, “A man booked as Roscoe C. Shies, 29, of Washington, was held here under $2,500 bond today for District of Columbia officers on charges of grand larceny. He was arrested at a hotel.”

Jan. 10, 1938: Readers of The Bristol Herald Courier learned about a mysterious death that had recently taken place in Johnson City. With a dateline from Johnson City, it was reported that, “H.J. Hyder, 34-year-old Johnson City realtor, was released by Sheriff Carl Young at Jonesboro at 3 o’clock this morning, after he had been grilled continually for ten hours in connection with the death of W.O. Shipley, 34, also of Johnson City.”

The article continued, “Shipley’s charred body was found in his smoke filled apartment room last Thursday, and Sheriff Young immediately began a probe into his death when a coroner’s jury reached a decision that he died ‘from a fracture of the skull committed by unknown parties and also a hemorrhage of the brain.’”

“Jonesboro” was spelled that way at the time.

Jan. 10, 1947: With a dateline of Johnson City, readers of the Bristol Herald Courier learned about a change in the Milligan College, now Milligan University, basketball program. “”Raymond H. (Ray) Brown, head coach at Milligan College, said tonight that he had resigned to accept a position as head basketball and baseball coach and first assistant football coach at Tennessee Polytechnic Institute at Cookeville.”

Jan. 10, 1952: The Bristol Herald Courier reported, with a Johnson City dateline, that

“About 300 persons attended an annual meeting of the adults of Girl Scout’s organization here.” The article continued to report, “The group included adult workers, as well as civic and educational leaders from Johnson City and neighboring cities.”

Jan. 10, 1958: The Johnson City Press-Chronicle reported, “Benjamin Conley left yesterday for Big Springs, Texas, where he is currently serving with the United States Air Force. He spent a Christmas furlough in the city visiting his family and friends.”

Jan. 10, 1965: The Johnson City Press-Chronicle reported a scary story about a dog that likely was rabid. “A Johnson City police officer fired five shots into an attacking dog yesterday afternoon after he was forced to spring atop a parked car to avoid the on-rushing animal.”

The article continued, “Patrolman Mickey Auer killed the dog after it attacked him on Legion Street. Auer said the dog was foaming at the mouth.”

More details revealed, “Auer said a railroad night watchman said he saw the dog snap at a young boy, but because the boy was too far away, the watchman couldn’t tell whether he was bitten.”

Readers also learned, “The youngster, about 10 years old, walked down the railway track toward Maupin Row. Police said they would search for the youngster should the dog prove rabid.”

Finally, readers learned that “Officers said outcome of the rabies test should be known Wednesday.”