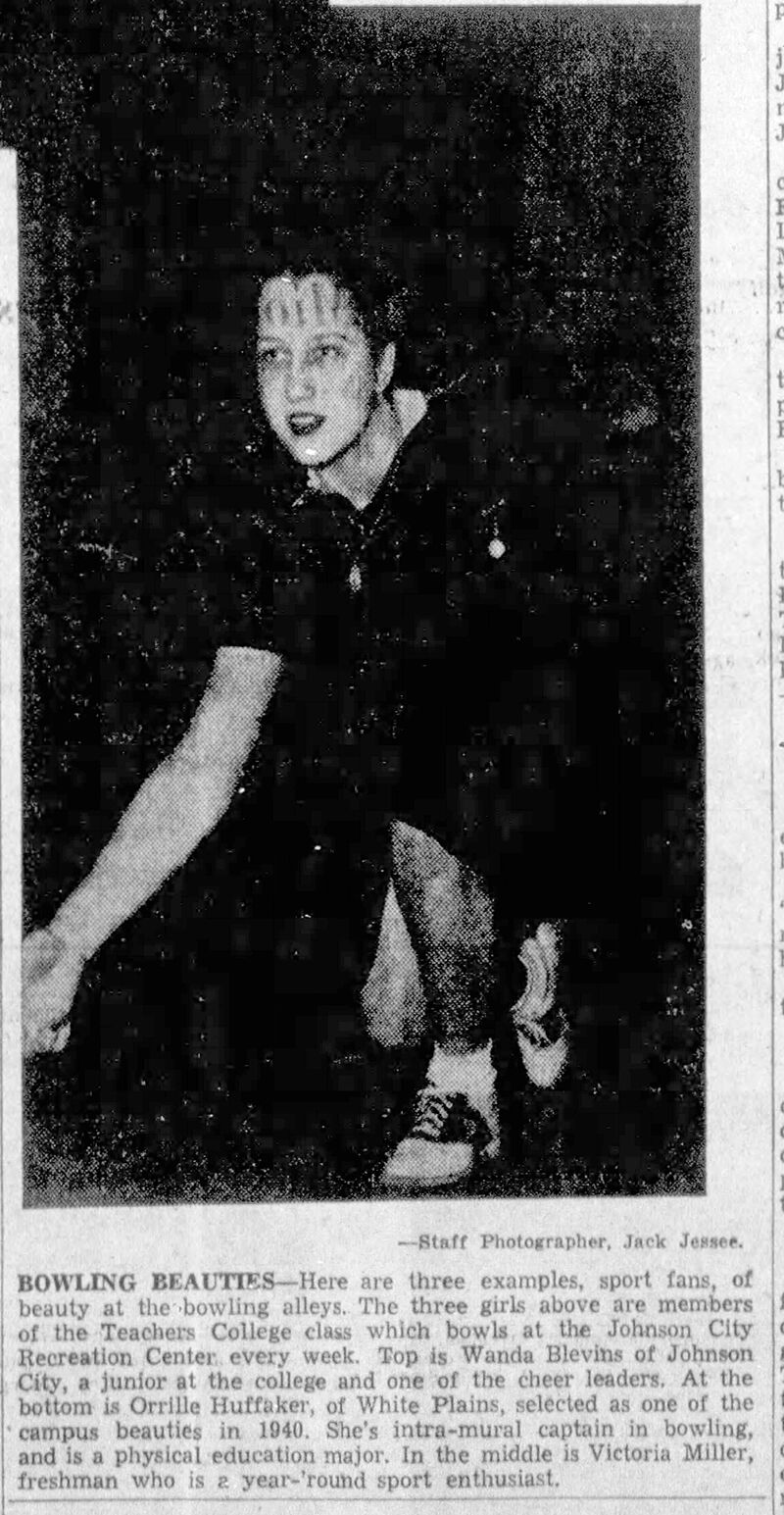 Feb. 23, 1866: “The ladies of the Methodist Church of Jonesborough have concluded to entertain their numerous friends on next Wednesday eve with a supper. Proff. C.E. Dillworth assisted by some ladies will enliven the evening with instrumental and vocal music,” according to The East Tennessee Union Flag. That was a newspaper published in Jonesborough, which was spelled that way in 1866.

“Wednesday eve” would, of course, be a Tuesday.

“Milton Fleenor has begun a residence in the Wilder addition.”

“A.F. Hoss has the frame up of his new dwelling on Watauga Avenue.”

“John Harr has commenced the erection of a cottage on Watauga Avenue.”

“S.B. Crumley is building three tenement house on the land he recently purchased from D.J. Wheeler.”

Feb. 23, 1911: With a dateline from Johnson City, readers of the Nashville Banner learned about George Carter’s plans. “Mr. George W. Carter is making rapid progress in the enlargement of the plans of the Standard Oak Veneer and Allen Panel Companies in this city. Seventy-five men are at work replacing old machinery with new, and the force will be added to. Work will be given to 200 men. The scheme of improvement contemplates the erection of several new and large buildings, also a cement plant in which logs can be floated. The improvements will cost $40,000. Buyers are now securing logs as rapidly as possible. The plant will be put in operation in six weeks.”

There was not a daily newspaper published in Johnson City in February 1911. The Comet was a weekly newspaper.

Feb. 23, 1914: The Nashville Banner with a Johnson City dateline, reported on a man wanted in Johnson City. “Jack Edwards who was recently arrested in Spartanburg, S.C., and who is now in jail in Knoxville is wanted here on the charge of defacing property at the Soldier’s Home and resisting a Federal officer. Edwards, it is alleged, went out to the Home here last summer and after breaking out some plate glass, he returned to Johnson City. Deputy Marshal Williams arrested him, but in doing so, the former resisted and drew a pistol on the latter, but was prevented from firing by Policeman Fogleman. He was placed in the Jonesboro jail, but later made his escape with twelve other prisoners.”

The article continued to say, “Edwards figured in the Christmas Eve shooting affray at Rocky Fork in Unicoi County, in which two men lost their lives and a number of others were wounded. He was under arrest at the time and his kinsmen under took to take him from Deputy Sheriff Ollis when the trouble arose. Edwards escaped during the fight that followed.”

Jonesboro was spelled that way in 1914.

There was not a daily newspaper published in Johnson City in February 1914.

Feb. 23, 1925: With a dateline from Johnson City, The Daily Gazette and Mail, a newspaper in Morristown, Tennessee, reported on a jury verdict against the Johnson City Board of Education. “The jury in the case of John F. Bullock vs. the Johnson City board of education (sic), gave the plaintiff judgment in the sum of $6,000. The suit for damages grew out of injuries alleged to have been suffered by Ida Ray Bullock, 14-year-old daughter of John F. Bullock, when in March, 1923, a ladder from which she was swinging in the junior high school gym is alleged to have broken causing injuries for which she was under treatment for several weeks. The jury’s verdict is rendered against the board of education (sic) as an official body, and not against the individual members. The jury held also that the City of Johnson City itself is to be held liable in the case.”

The article continued, “He underwent an operation for acute appendicitis ten days ago and was thought to be recovering until complications developed.”

“He was senior partner in the law firm of Sells, Simmonds and Bowman.”

Feb. 23, 1941: In captioned photographs, readers of the Sunday Press-Chronicle saw information about three Teachers College students bowling. “Here are three examples, sports fans, of beauty at the bowling alleys. The three girls above are members of the Teachers College class which bowls at the Johnson City Recreation Center every week. Top is Wanda Blevins of Johnson City, a teacher at the college and one of the cheer leaders (sic). At the bottom is Orville Huffaker, of White Plains, selected as one of the campus beauties in 1940. She’s intra-mural captain in bowling, and is a physical education major. In the middle is Victoria Miller, freshman who is a year-‘round sport enthusiast.”

The Teachers College was the forerunner of what is now East Tennessee State University.

Feb. 23, 1951: “Sgt. And Mrs. William R. Call of Camp Schafer, Ark., are spending several days with his parents, Mr. and Mrs. W.J. Call of 902 Afton street (sic). Sgt. Call will report for overseas duty and Mrs. Call will remain at the home of his parents,” according to the Johnson City Press-Chronicle.

Feb. 23, 1966: The Johnson City Press-Chronicle offered this chuckle for readers: “Little boy to his mother, after returning from a ride with his father: “We passed two idiots, three morons, four darn fools and I don’t know how many knotheads.’”

Feb. 23, 1976: Although not a household tip or pointer, the “Polly’s Pointers” column provided interesting information in the Johnson City Press-Chronicle. “I read your column with great interest and C.J.S. sent in a Pet Peeve concerning the naming of hurricanes with women’s names and nicknames. While I was in the South Pacific serving on board a Navy ship, we studied the weather and had to chart it very carefully to prevent running into storms. During our instruction we were told that hurricanes and typhoons SOUTH of the equator were named for men and NORTH of the equator for women. By so doing the name of the hurricanes disclosed the starting point. Hope this will clear up the matter for any who are concerned about the naming of hurricanes and typhoons.” The letter was signed J.C.B., USN retired.