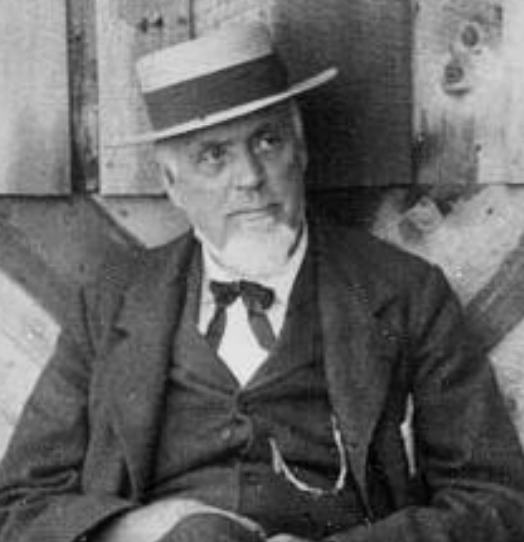 It made news in The Comet published on April 7, 1898, that Gen. John T. Wilder has been in Johnson City the previous day.

April 7, 1841: The Whig carried an announcement from Elizabethton: Leonard M. Swingle was reporting two horses that had been “stolen or strayed.” In the words of The Whig: “From the subscriber in Elizabethton Carter county (sic), two horses on the night of the 11th inst., to wit. One light iron grey horse, five or six years old, about fifteen and a half hands high, very slender body, and much gaunted from recently having the distemper, has two lumps or knots on the front part of each hind foot or paster (sic) joint, and paces very well; no brands or other marks recollected; and one red sorrel four or five years old, fifteen hands and upwards high, well made, with rather a chuffy head, with some white feet; holds his head high and spirited when mounted. Any person who will take up said horses and forward me word, either by letter or otherwise so that I get them again, shall be amply rewarded for their trouble.” The announcement was dated March 31st.

Chuffy is another word meaning chubby.

Inst. Is an abbreviation meaning of the same month. Since the article was dated March 31, the horses went missing on the night of March 11.

The Whig was a newspaper in Jonesborough, which was spelled that way at the time.

April 7, 1887: The Comet opined, “The C. C. & C. (rail) road will do more to enhance the value of property in Johnson City than anything else. Make the vote unanimous in favor of the bonds Saturday.”

April 7, 1898: Readers of The Comet learned of several items of local interest.

“Guy R. Johnson, Embreeville, was registered at the Piedmont yesterday.”

The Piedmont was a hotel.

“Cy H. Lyle and H.I Gump members of the county court, were in Jonesboro Monday.”

Jonesboro was spelled that way in 1898.

Maj. F.E. Hager, Division Superintendent of the Southern Railway, was in the city Wednesday.”

“The mayor’s office has been moved from the Harr building on Main street (sic) to a more convenient location in the Reaves building (sic) on Market.”

“Easter services will be conducted in all the churches Sunday.”

April 7, 1900: The Knoxville Sentinel, with a dateline of Johnson City, reported, “Prof. J. Hopwood, president (sic) and financial agent of Milligan college (sic), is in the city. He says he has secured $3,900 of the $5,100 needed to pay off the debt of the college. He is now at work to secure the balance, which must be done by June 1.”

April 7, 1918: The Bristol Herald Courier reported news from Johnson City. “Lieut. Lee B. Harr, of Camp Sevier, is spending a few days with his father, Isaac Harr. He was among the first of the Johnson City boys to enlist, and expects to be ordered to France at any time.”

Camp Sevier was a training camp in World War I. It was located in South Carolina.

April 7, 1920: With a dateline of Johnson City, the Nashville Banner reported on a conference for social workers in Johnson City. Judging from the topics addressed, it would seem that we would now term the conference as appropriate for those with an interest in public health.

“The Tennessee conference of social work (sic) continued its four days’ program here with enthusiastic sessions Tuesday morning and afternoon. Both sessions were well attended. The morning session was featured by a very interesting and highly scientific address by Dr. Gus W. Dyer of Nashville on the subject of ‘Obligations and Rights of the Public.’”

There were not any newspapers published in Johnson City in 1920.

“George Keever and Frank Laningham today were bound over in the next term of criminal court on the charge of having murdered Henry Stevens … last Sunday night and then having placed his body on the Southern railway (sic) tracks where it was found Monday morning. The hearing was before Magistrate Rex D. Pierce who fixed the defendants’ bond at $1,500.”

Johnson City did not have any newspapers in 1933.

April 7, 1936: With a Johnson City dateline, The Kingsport Times reported, “Governor Hill McAllister today notified J.W. Cummins, committee chairman, that he will attend the fifty years of progress exposition in Johnson City May 24 to 30. The Governor is scheduled to speak May 27.”

April 7, 1941: The Johnson City Press carried this hint regarding etiquette: “The bright young man or woman notices how educated persons speak and tries to correct his own mistakes in speech. Correct speech is a definite asset when applying for a job.”

April 7, 1950: The Johnson City Press-Chronicle carried horrific news. “Two Johnson City young persons were crushed to death last night when they leaped from their stalled car on Clinchfield Railroad crossing on Tennessee street (sic) as a yard engine plunged into the side of the vehicle.”

The article continued, “The couple who had been listening to their radio before the accident occurred, tried to jump from the car through the driver’s door when the engine, which had just pulled out, struck the other side of the car, crushing the pair against a signal post in the center of the street, according to Police Patrolman Bill Coley. The accident occurred at 9:20 p.m.”

“Engineer J.A. Miller, 118 West Holston avenue (sic), city, told police that he saw the car drive upon the tracks and stop. He added that if the couple had stayed in the auto, even serious injury would not have been likely.”

“The boy was killed instantly while the girl died in the emergency room of Appalachian Hospital. The girl was an employe (sic) of White City Laundry.”