You have permission to edit this article.
Edit
Home
News
Sports
Obituaries
Living
Photo & Video
Opinion
Johnson City Homes for Sale
Classifieds
Send Us Your News
About & Policy
Contact Us
Special Sections
1 of 5 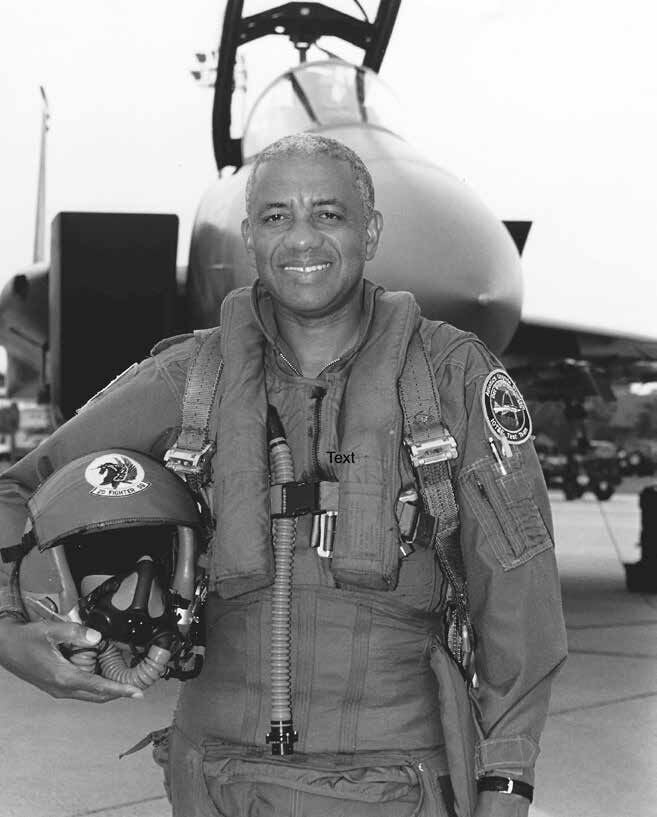 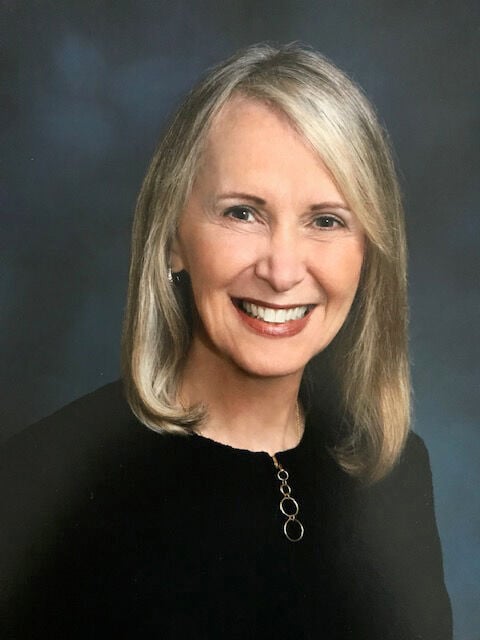 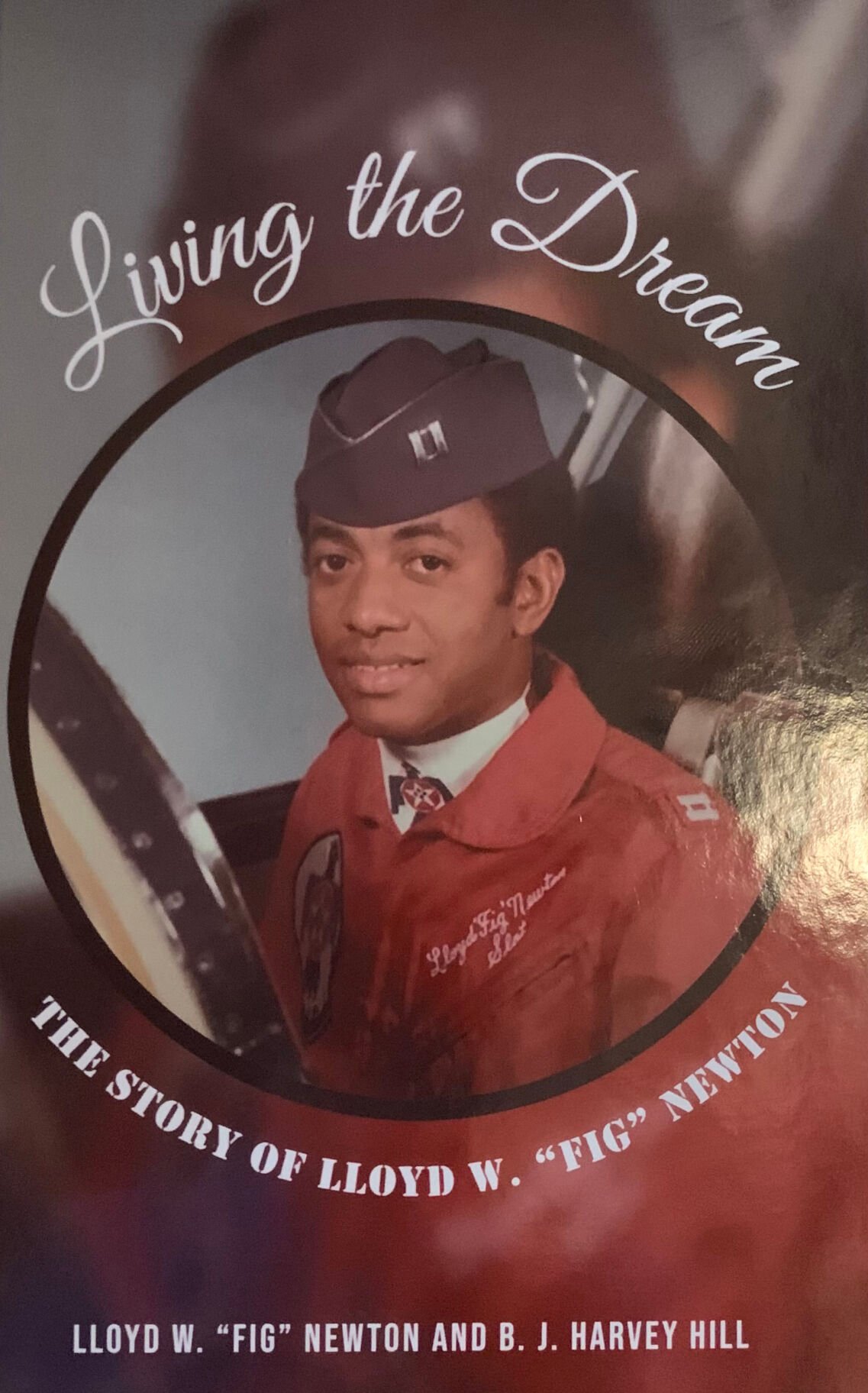 Newton signs autographs during his stint with the Thunderbirds 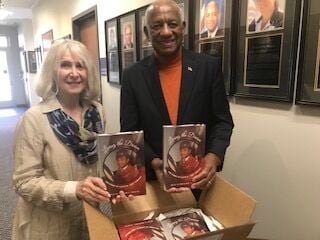 The cover of “Living the Dream” 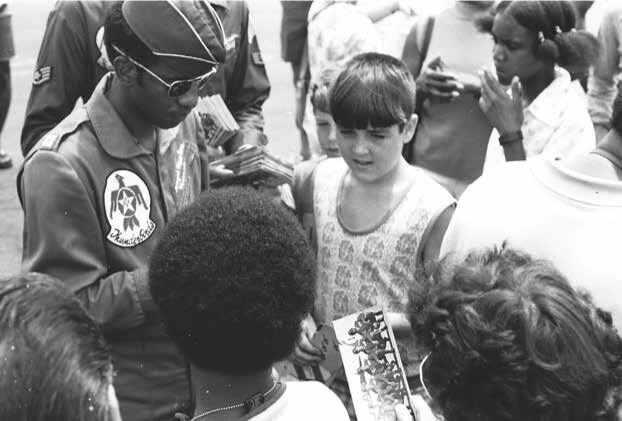 Newton signs autographs during his stint with the Thunderbirds

The cover of “Living the Dream”

A South Carolina woman who grew up in Erwin and Knoxville has co-authored a new book that chronicles the history-making life and military career of a U.S. Air Force 4-Star general.

The result is the just-published book, “Living the Dream: the Story of Lloyd W. ‘Fig’ Newton,” a 218-page book co-authored by B.J. “Brenda” Harvey Hill and Gen. Newton.

Hill was born in Knoxville but lived in Erwin until she was 10 years old. Some of her fondest memories are of her grandparents, Oscar and Ida Peake, and their Unicoi County home. Oscar had a 50-year career with the Clinchfield Railroad, and Brenda and her husband, Pat, have, in recent years, worked to raise money for the Clinchfield Railroad Museum in Erwin.

Today, the Hills live in Murrells Inlet, South Carolina, but when they lived in Florida a decade ago, Brenda had a serendipitous meeting with Gen. Newton, a Ridgeland, South Carolina, native who had retired from a stellar military career that included a history-making stint with the USAF Thunderbirds.

At their first meeting, Brenda asked Newton if he’d written a book about his career. To her surprise, he hadn’t, but to her bigger surprise, he suggested maybe she’d like to write his story.

As many Air Force cadets have done over the years in Gen. Newton’s presence, Hill sprang to attention, and the result is “Living the Dream.” It is now available in hardback, soft cover and Kindle editions from Covenant Books.

Born the son of John and Annie Newton on Christmas Eve 1942 in Jasper County, South Carolina, and a graduate of Tennessee State University, Newton’s career would take him from a Ridgeland plantation to service in the Vietnam War and multiple high-profile assignments in South Korea and Washington, D.C., as well as commands at bases around the country.

His stint, beginning in 1975, with the Thunderbirds put him in the history books. To be a member of the Thunderbirds, the daring air demonstration squadron formed in 1953, was a “top goal” since his early days in the Air Force.

“When I became a member of the Thunderbirds, I got a chance to see the country from a very different perspective,” Newton said. “We were doing shows all over the United States, and I got to see what America was and looked like. It was very different from what I what I saw on television or in the papers.

“To work closely with the Thunderbirds was unlike anything I’d ever experienced before or after.”

Newton’s life and history-making career are the stuff that can make a great biography, but it wasn’t one that Hill, a former educator, thought she’d be the one co-writing. The book is a testament to not only Newton’s impressive time in the Air Force but also to Hill’s tenacious push to see it through.

“It was daunting,” she said, “but not because of Fig. When I first considered doing this project, I had so many emotions to handle. First, I had never written a book, and we teachers really revere such things. The decision to put myself and my words out there for judgment was the toughest call. But his story really needed to be told. … Just like most of the rest of the world, I had no idea of his accomplishments!

“The more I wrote, the more amazed I became.”

Even in his retirement, Newton has stayed busy, serving on various boards, for example. The book was just one among several projects. “Many times, I was sure Brenda would get frustrated with me and stop,” he said, “but she never did. She was patient with me.”

Newton and Hill first met in February 2011 at the Florida Air Museum in Lakeland, Florida, where Hill’s husband, Pat, was board president at the time. Newton was the featured speaker at the museum’s Winter Lecture Series.

“Pat and I would always ask the speaker to purchase his/her book, all of which had one available,” Hill recalled. “When we did our usual, ‘We would like to buy your book,’ Gen. Newton answered with, ‘Well, I don’t have one.’ ”

After some more discussion at the event and again a week later, the two decided that a book geared to young readers about Newton’s life was an idea worth pursuing.

“I was totally surprised by her suggestion of making it a book geared to young people,” Newton said. “I had never thought about that. It’s then that the dialogue got started.”

The now-completed book, written in an easy-to-follow chronological order, is as much a biography as it is a scholastic primer for young readers. Both Newton and Hill believe all ages will find the book compelling.

“I hope it will be a quick and interesting biography for all readers,” Hill said. “Because Fig and I share a common, strong belief that education is the door to opportunity. We hope the young-adult reader will be inspired by how Fig used education to reach his goals. That impacted my decision to keep the chapters and the total book somewhat short, hoping to make it easier for the reader to stay with it.”

While the genesis of the book goes back to that first meeting a decade ago, it remained a work in progress over the years, culminating in getting a publisher in 2018 and its eventual release in 2021.

Newton and Hill met only once at his home in Tampa, Florida, to work out details on how the project would work, and from there, it was corresponding by emails and phone calls. Because of the general’s demanding schedule, even in retirement, phone calls were often spaced out with weeks in between.

“He would share stories and parts of his life while I took notes and asked questions,” Hill said. “It was then my responsibility to write in my words what had been discussed. I next emailed it back for his review, which we would discuss at the beginning of our next phone conference. I also spent a great amount of time on research, which is documented in the notes and bibliography.

“Again and again in the book, the reader learns about Fig’s commitment to be true to himself. That’s just the way he was while we worked together and the way he is today.”

While recording the story, Hill said she saw the same faith, rural work ethic and perseverance in Newton that she, her family and her Erwin community lived every day.

Presenting a compelling but accurate depiction of the general was Hill’s key goal.

“Making education important and being true to yourself is at the core of his character,” Hill said. “With a book geared to young readers, we both wanted to make sure that was evident. He drew me into the project to begin with, but the more I wrote about him, the more committed I became to be sure his life was recorded.”

Newton’s life started out simple in Jasper County. His parents stressed the importance of education to all their children. His father had labored at a turpentine-production facility before taking a job at Turkey Hill Plantation, where the owner, Jeremiah Millbank, was determined to use the latest technology to build a modern farm. John Newton excelled there, and the family — “Fig” and his seven siblings — lived in a plantation-owned home.

In addition to working hard in school, the children helped out on the family’s own farm. The book recounts how John Newton ingrained in his children the importance of always staying dedicated to the task at hand. “Hard work doesn’t hurt anybody,” the elder Newton often told his children. “It builds strength of body, mind and purpose.”

This is something the eventual four-star general would adhere to all his life. And what a life it has been.

After graduating from high school, Newton left the Lowcountry for college at Tennessee State University, where he excelled and also picked up the nickname “Fig,” which would stay with him the rest of his life.

It was while he was in Tennessee that he first saw a performance by the USAF Thunderbirds.

“When I first saw them outside Nashville in 1964, I knew that’s what I wanted to do,” Newton recalled.

What he didn’t know, but would one day learn, was the Thunderbirds had never had a Black pilot. Newton would be the first.

“The idea of race or colors wasn’t in the equation for me at all,” he recalled. “It was only when I started applying that I came to realize that I could, if selected, be the first. So they would ask me those questions in my interviews: ‘If you’re selected, as a Black pilot, how would you handle that?’ I would just say, ‘I’ll fly the airplane and entertain the public. That’s why I’m here — to be a pilot.’ ”

Making the team wasn’t easy. In fact, it wasn’t until his third time applying, in 1975, that Newton succeeded at making his dream come true.

“Being part of the Thunderbirds was a chance to demonstrate to the American public that you can do incredible things with the proper training,” he said. “I started with them in 1975. We were just barely out of the Vietnam War and racial tensions were high in the country, but with the Thunderbirds, this little farm boy from a little place in South Carolina had the opportunity to tell the Air Force story and the American story.”

But the Thunderbirds are only a small part of Newton’s stellar military career.

Early on, he served in Vietnam. After the war, he had stints at bases in the Philippines, Korea and all over the United States, where he commanded units and served twice at the Pentagon in Washington, D.C. With each assignment, he moved closer to becoming a one-star, then a two-star, then a three-star and, finally in 1997, a four-star general. (Interestingly, Jasper County has produced two four-star generals: Newton and Jacob Smart.)

Newton, an inductee into the South Carolina Aviation Hall of Fame, is quick to credit his parents, teachers, professors and a host of military officers throughout his life and career in providing the guidance and encouragement he needed to succeed. It’s part of the reason the book is focused on inspiring young people.

Looking back, Hill is grateful for that chance meeting with Newton in Florida a decade ago.

“I would never have entertained the idea of asking a four-star general to write his biography,” Hill said. “When you think about our chance meeting, our conversation about education, his lack of a biography, my suggestion and his spontaneous decision to entrust me with the project. I’m still wowed by it all.

“I truly believe this was a ‘God thing.’ It really was serendipity.”

“Living the Dream: The Story of Lloyd W. “Fig” Newton” can be ordered on Amazon. Mark A. Stevens grew up in Hampton, Tennessee, and was an award-winning editor and publisher of newspapers in South Carolina, Tennessee and Louisiana in a 28-year newspaper career. He is now director of tourism development for the Georgetown County Chamber of Commerce and South Carolina’s Hammock Coast. He lives in Pawleys Island, South Carolina, with his wife, Amy, and their two dogs, Rue and Jack.