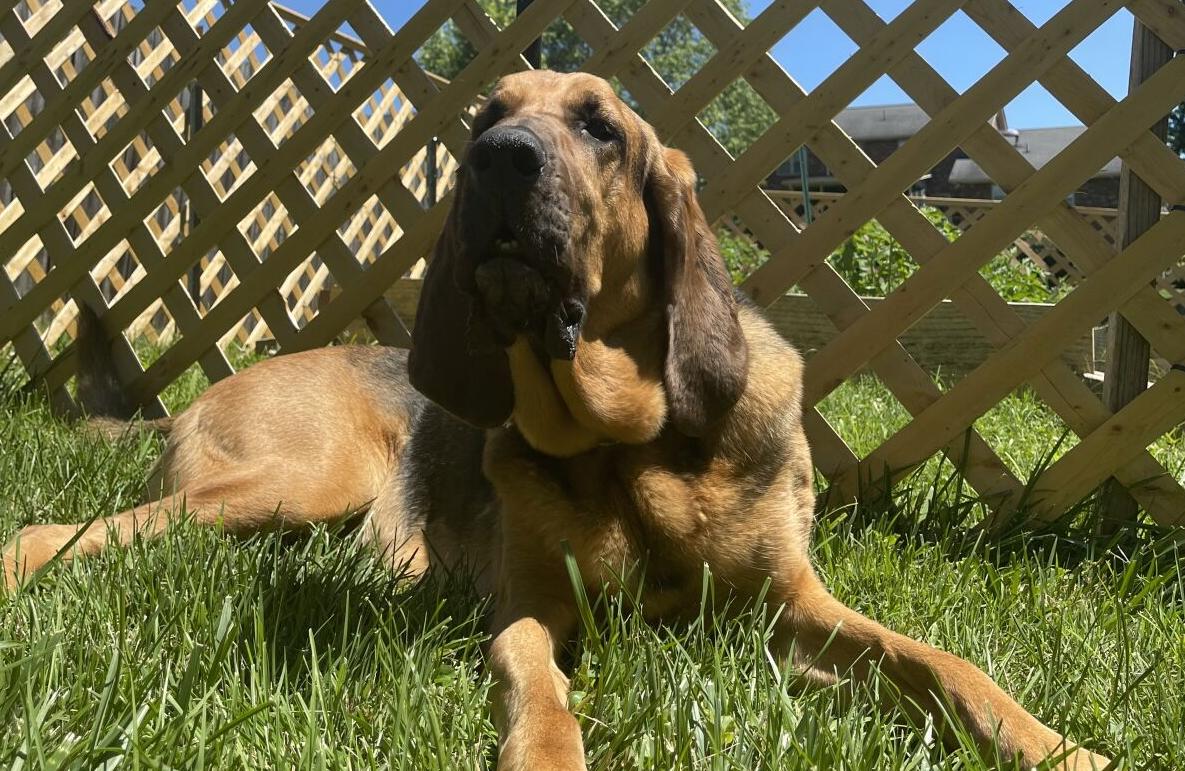 The garden is safe this year from its biggest threat. 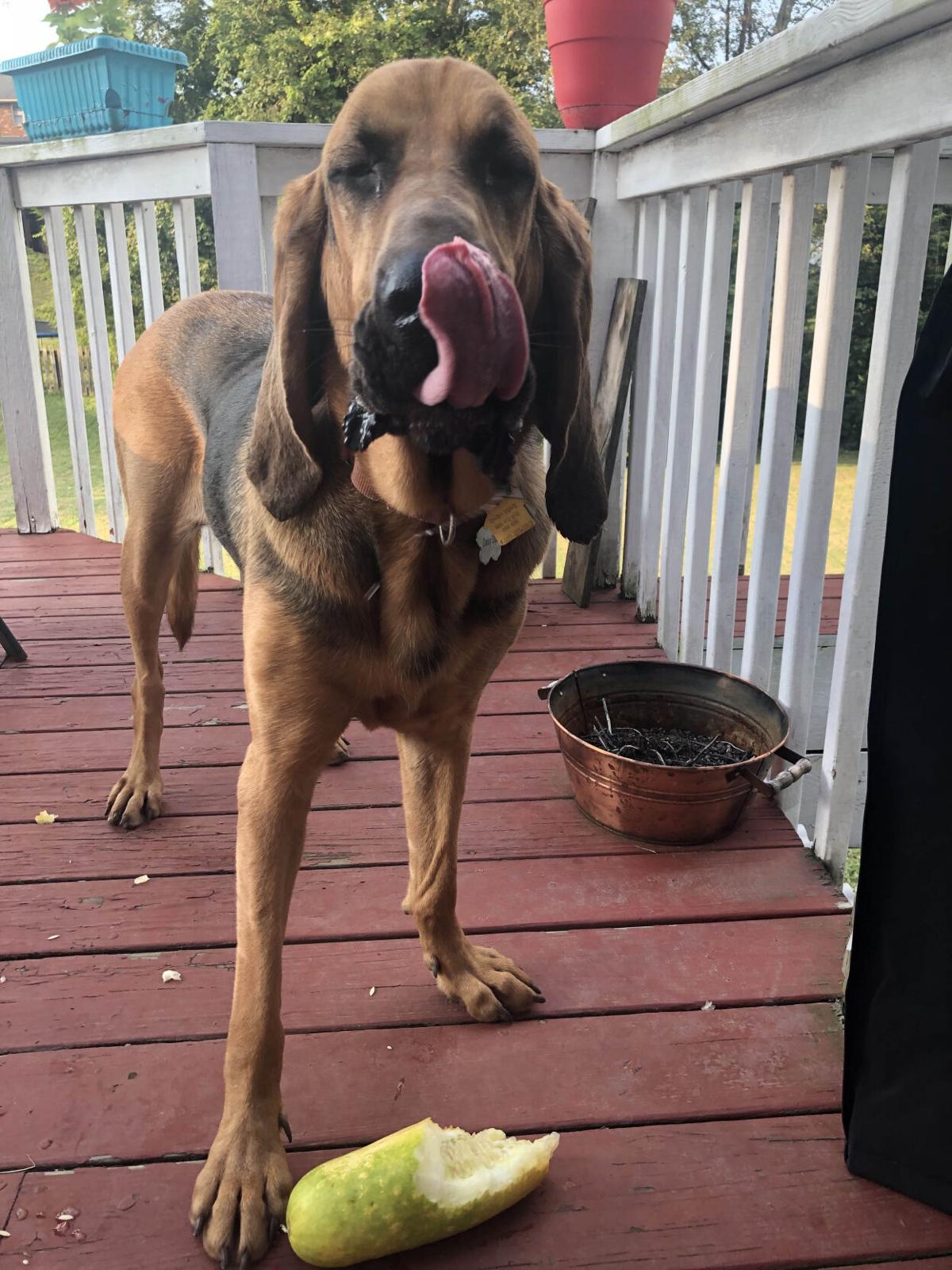 Last summer, Daisy Duke was the first one to enjoy a cucumber out of our garden. 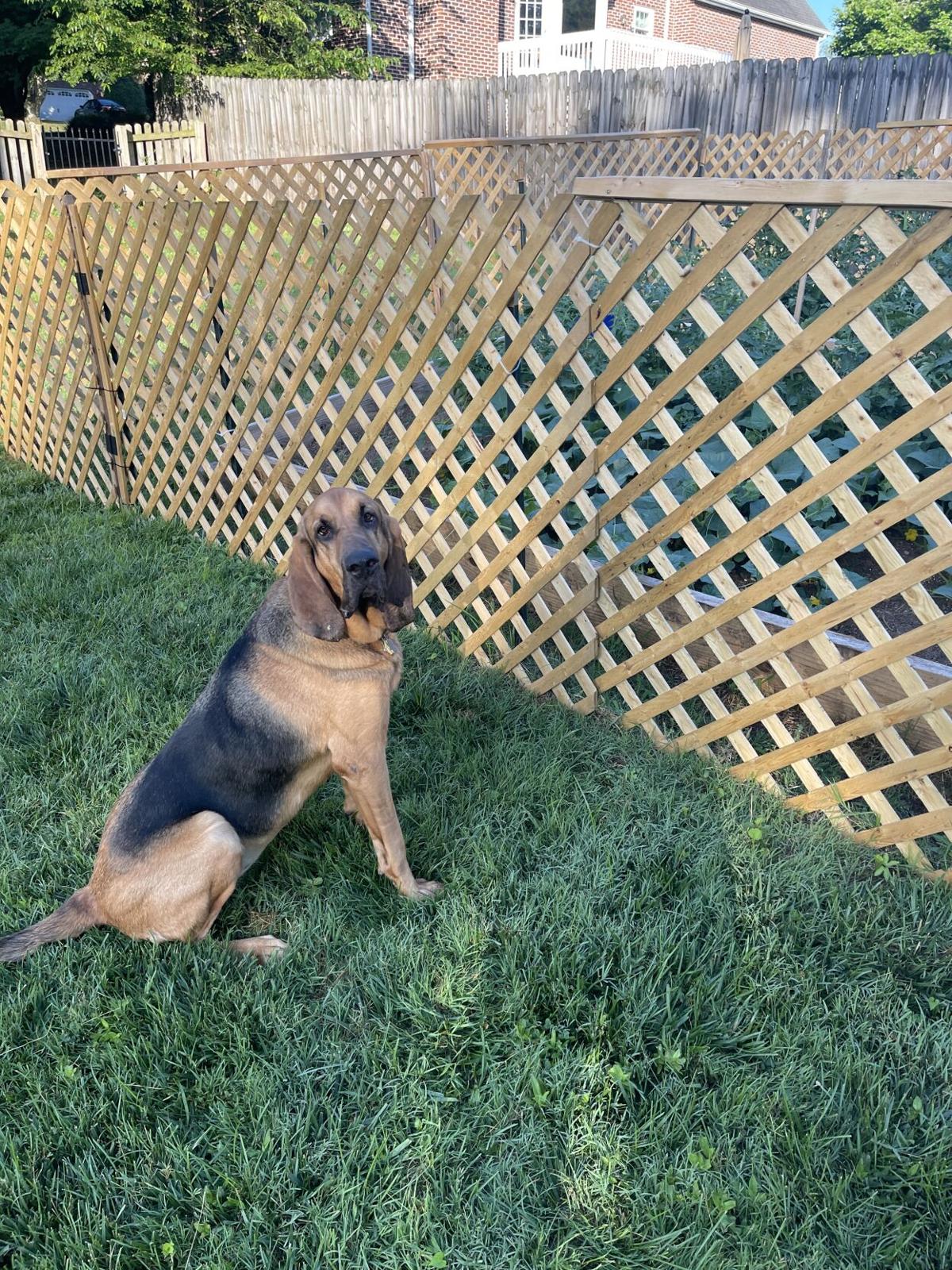 Daisy Duke has met her match this sumer. 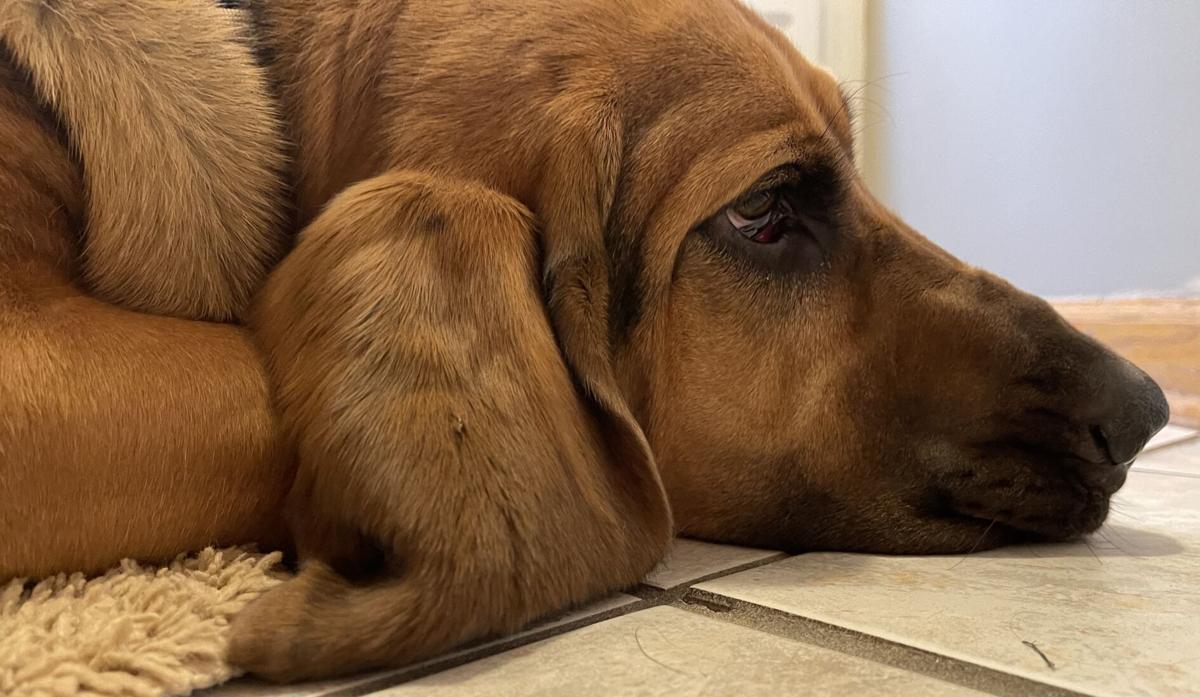 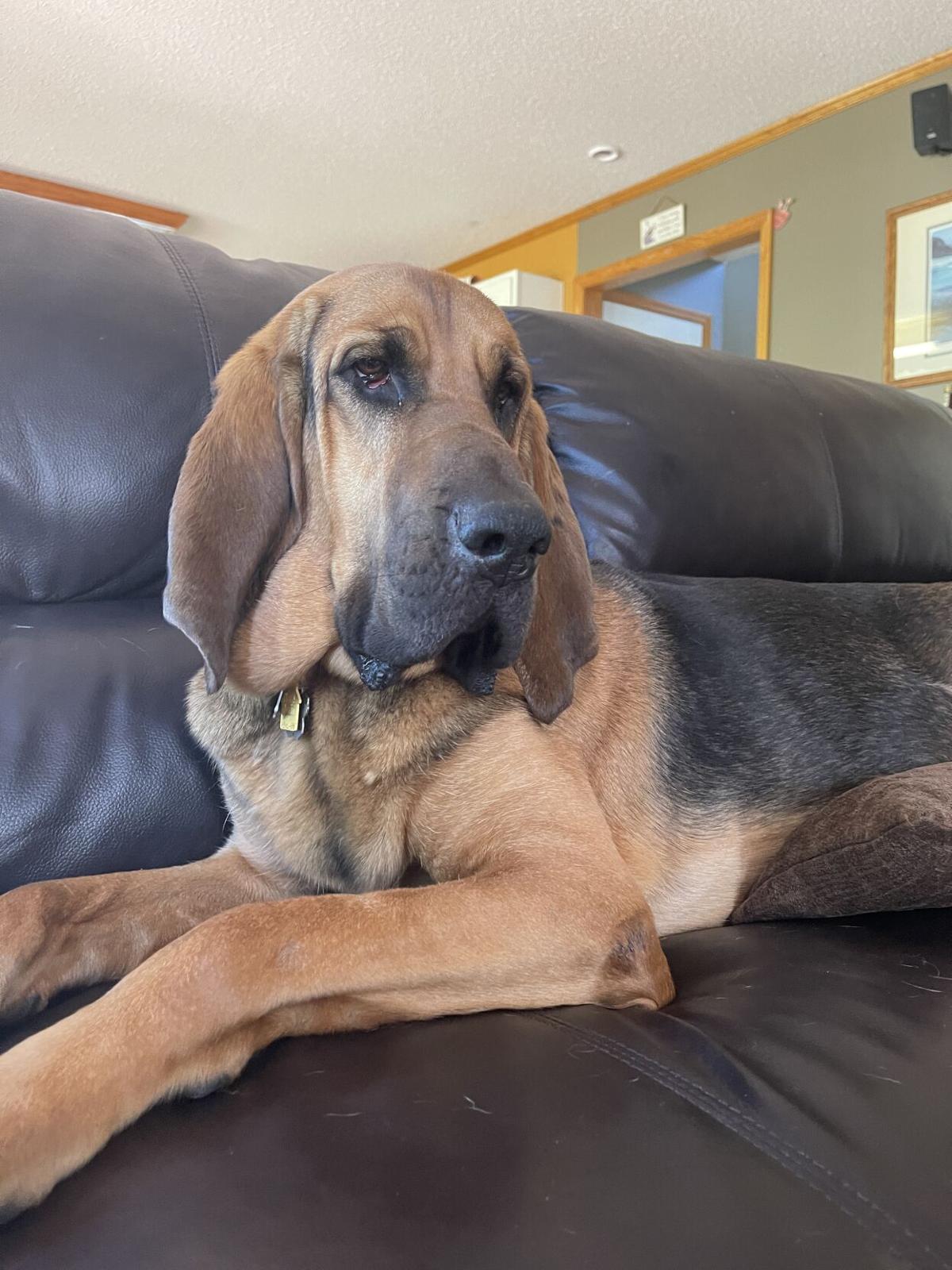 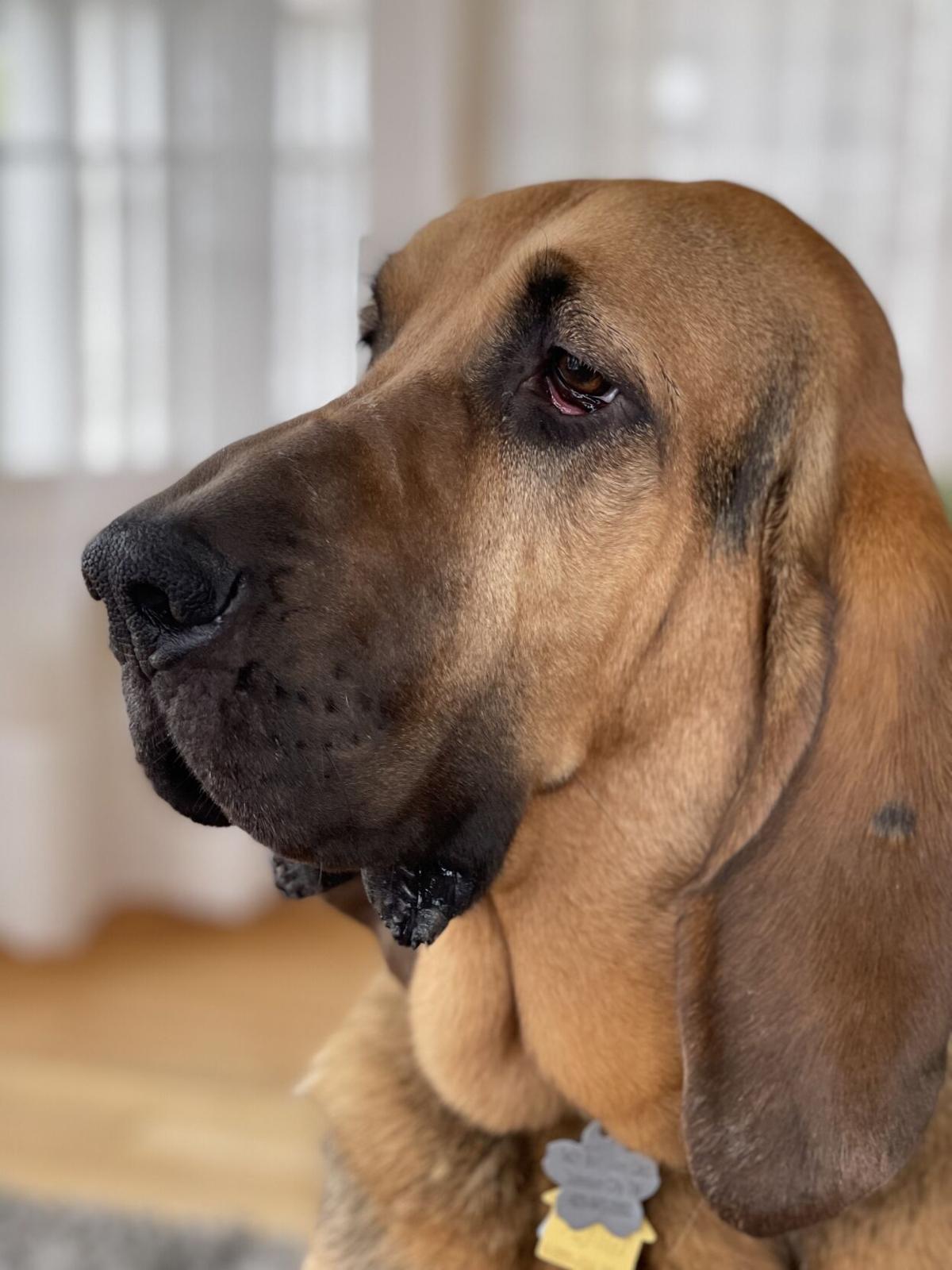 The garden is safe this year from its biggest threat.

Last summer, Daisy Duke was the first one to enjoy a cucumber out of our garden.

Daisy Duke has met her match this sumer.

It seems as though Daisy Duke has met her match.

In past summers, our sometime-vegetarian bloodhound has helped herself to the backyard salad bar we call our garden. No matter what we have tried, she’s been able to get to the produce. She’s had a special affinity for cucumbers, although no tomato was safe.

Gardening with a bloodhound requires a lot of thought, patience and understanding that you might win a battle here or there but you’ll eventually lose the war.

Last year, the soft fence we installed proved to be just a challenge for Daisy Duke, who turned into an Olympic hurdler whenever she wanted an extra meal. She did more damage to the garden than a family of ravenous rabbits could have done.

A new fence was built out of posts and lattice and has proved sturdy and tall enough to keep even the most inquisitive hound out of the garden. Daisy Duke hasn’t gotten in. Not once. In fact, it seems as though she has given up the fight. The plants are flourishing and we might even get to eat some tomatoes and cucumbers this summer.

Of course, the holes in the lattice won’t keep the vermin out, but rabbits and squirrels can’t do nearly the amount of damage an 82-pound bloodhound can do. They tend to stay away anyway with a patrolling watchdog jealously guarding what used to be her snacking grounds.

Now that the fence is built and the plants are safe, Daisy Duke has to find other avenues to channel her inner mischievous child, and that’s a challenge she has no trouble meeting.

This canine magician has always been able to make things disappear, but she recently took her act to a new level.

She has a tendency to tell on herself, give herself away away when she’s doing something she shouldn’t be doing. She gets a guilty look on her face. Often she refuses to make eye contact and when she does it’s with those sad, sympathy-begging eyes.

We know she’s up to no good and it’s our job to figure out what it is.

All it takes is one of us to demand “What do you have?” She doesn’t put up a fight and allows us to pry open her jaws with just a touch of resistance. She won’t make it easy, but eventually she’ll give in. Sometimes we have to probe into her mouth pretty deep to find the offending item. She hides things in the flaps of her jowls, like internal side pouches on a horse’s saddle.

On this day, it was obvious she had something in there but we could not find it. Finally, after an extensive search, we hit pay dirt. She had unrolled a long piece of toilet paper and devoured it. By the time we discovered it, it was halfway down.

Out we pulled it and it looked like the old magician trick where he pulls a long train of handkerchiefs out of his sleeve. It was about four feet long and by the time it came out it was soaked. Our girl was looking pretty proud of herself as we tossed the slobbery mess into the trash.

Of course, everything is slobbery in Daisy Duke’s world. We have become trained to cover our faces when she shakes her head. When the drool begins to fly, you don’t want to get in the way. The couch, the walls, the television, even the ceiling can attest to that.

One day, she was just walking through the kitchen minding her own business, a rare thing indeed, when she gave her noggin’ a violent shake. A ball of slobber flew high into the air. I asked the lady of the house if she saw it. Neither of us knew where it landed and to this day we still don’t know.

The only thing we know for sure — we hope — is that this year the trouble won’t come in the garden.

Joe Avento is the Sports Director for the Johnson City Press. His column about his precocious bloodhound appears on the first Sunday of every month. He can be contacted at javento@johnsoncitypress.com.

Gardening with a bloodhound requires a lot of thought, patience and understanding that you might win a battle here or there but you’ll eventually lose the war.