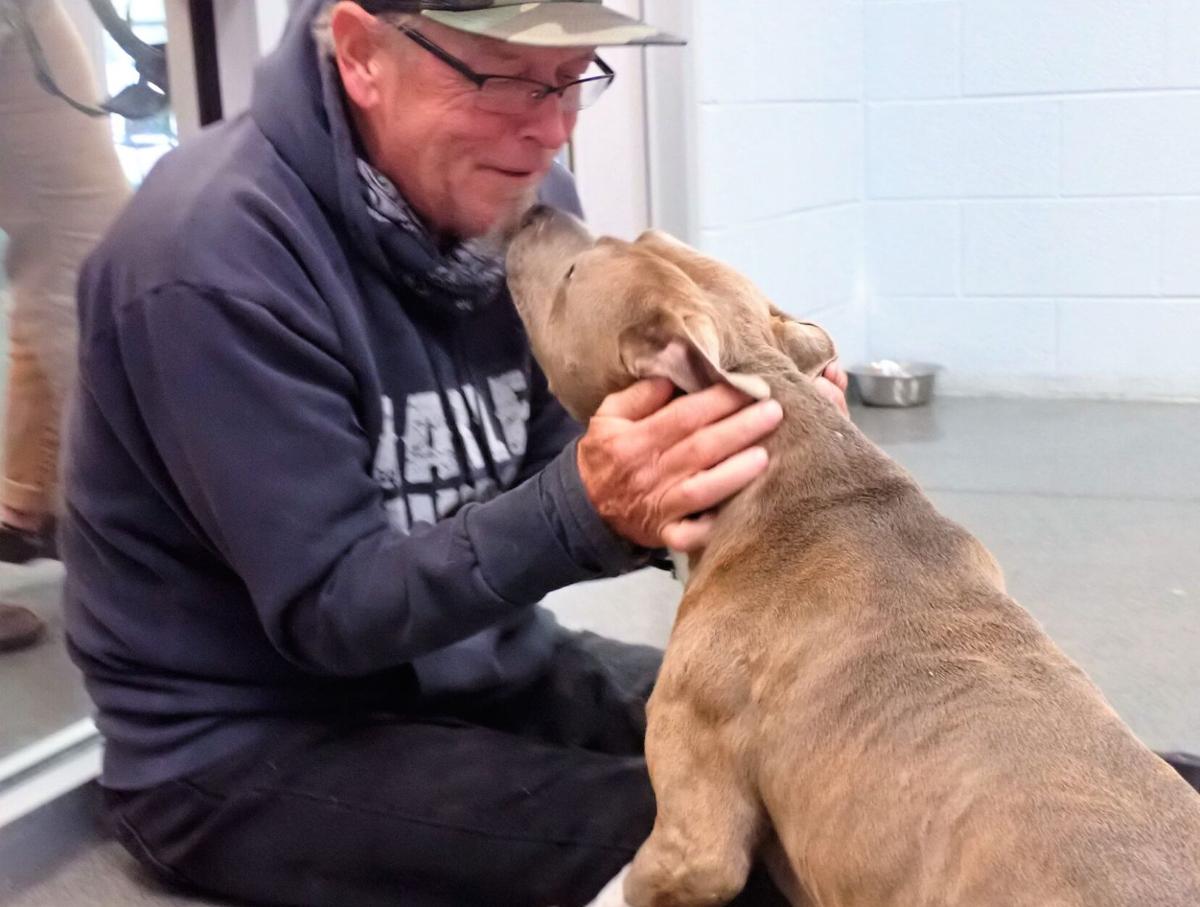 Blue's owner celebrates after being reunited with his dog. 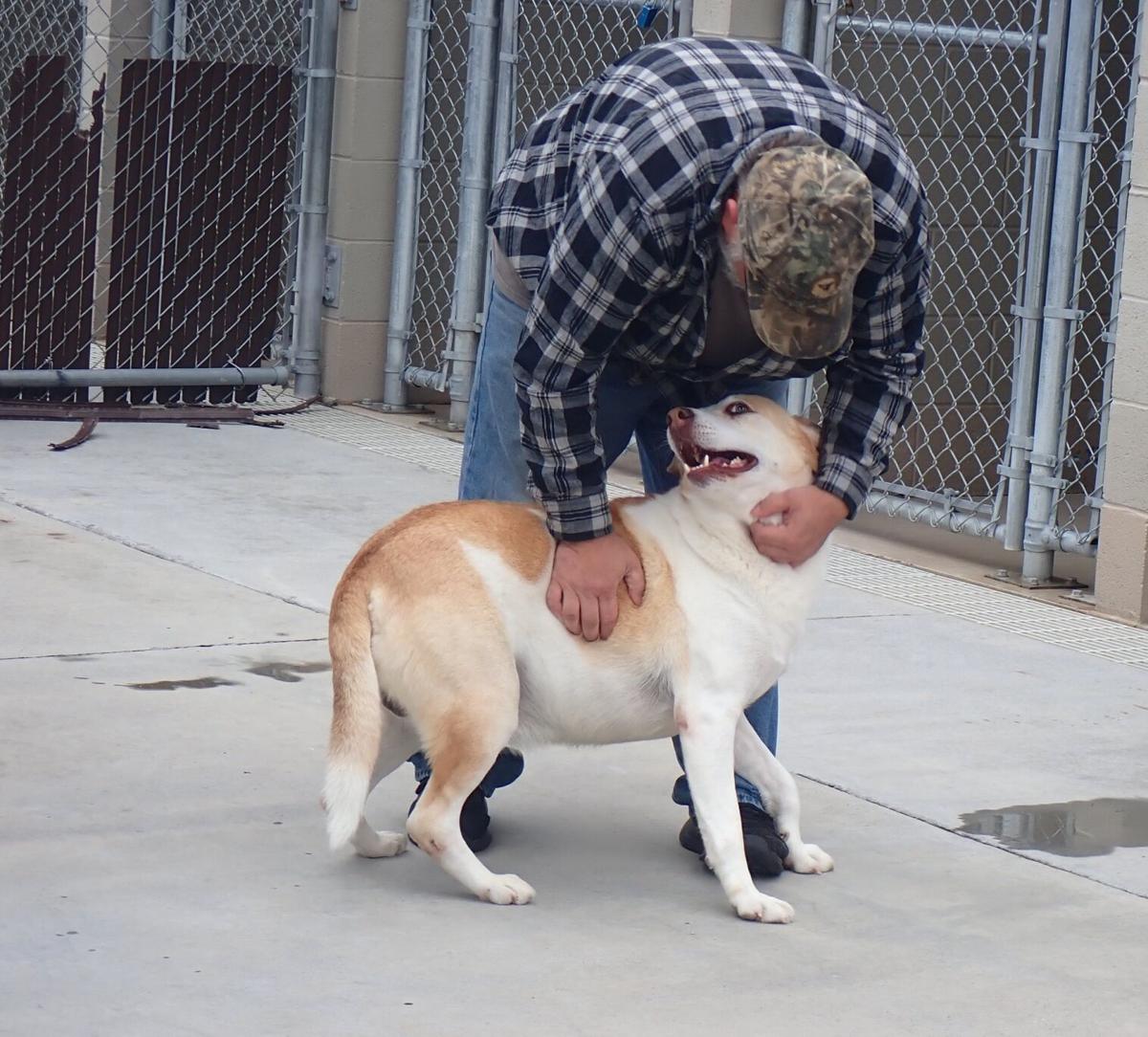 Runt gets love from his owner after being missing for three years. 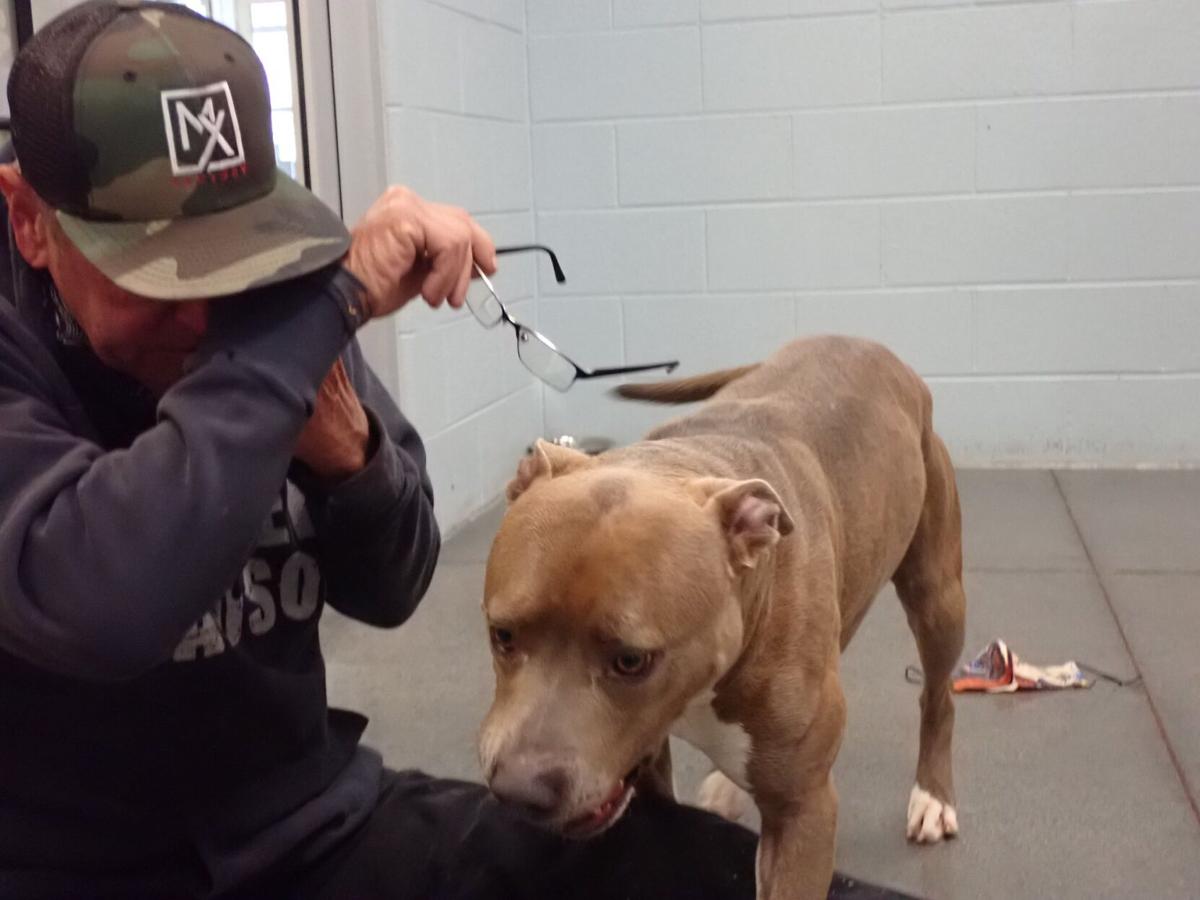 Blue's owner shed's tears after being reunited with his dog, who he had been separated from for six months after moving to Texas without him.

Blue's owner celebrates after being reunited with his dog.

Runt gets love from his owner after being missing for three years.

Blue's owner shed's tears after being reunited with his dog, who he had been separated from for six months after moving to Texas without him.

While work at the Washington County-Johnson City Animal Shelter can be mentally draining, there are some moments that make it all worth it.

Shelter Director Tammy Davis has seen two of those moments play out in the past two months, reuniting a pair of dogs with their long-lost owners.

“We unfortunately see a lot of bad things and sometimes we see things that don’t end well, so when we have this kind of success and we see happiness in an animal’s eyes and in its actions when it’s returned to its owner, it makes everything else go away and it makes everything worthwhile.”

In April, a dog named “Blue” went missing. His owner searched for him unsuccessfully, but had to move to Texas for his job — leaving Blue lost somewhere in Northeast Tennessee

Blue made his way into the shelter, his photo was posted on social media in hopes someone would want to adopt him. Fortunately, a friend of Blue’s owner recognized him and told their friend his dog was in the shelter, so he immediately called.

After confirming Blue was in fact his dog, he drove 1,200 miles to come pick up his dog in a touching moment captured on video.

Then, about three weeks later, shelter staff was able to reunite “Runt” with his owner after being missing for three years.

Runt had wandered off from his owners’ farm, and didn’t return. He became a neighborhood dog and was fed by some of the people in the neighborhood before someone called about a loose dog and he was picked up 17 miles from home. In a similar story to Blue’s, a Facebook post with Runt’s photo ended up being seen by the right person, and his owner went to get him.

And though Runt was scared at first, he eventually came around to his owner after realizing who he was — another touching moment caught on video.

Both reunions serve to underscore the usefulness of social media in situations such as those, and also the importance of microchipping pets. Davis said the shelter has actually increased its social media presence because of the novel coronavirus (COVID-19) pandemic, and said social media was one of the only ways they can get animals seen during the pandemic.

“That’s been a positive thing for the shelter during COVID,” Davis said. “We’ve been forced to have to do it more than we normally would, and it just proves that’s something every shelter or rescue should really do. If one person sees it and shares it, it spreads like wildfire and it’s just a great resource.

“The two things I will say though, is I really want people to understand how important it is to microchip your pet,” Davis said. “And the other thing is, if your pet goes missing — a lot of people don’t think of contacting us or coming here or looking at our website, and I just want people to realize, you know, don’t give up and if your pet goes missing, contact us or watch our social media or watch our website.”

Davis said moments like those “makes all of the bad go away, even if it’s just for a little while” and said it’s “what keeps us going.”

“We get to focus on something good and we feel like we accomplished something, that’s what we’re all here for,” Davis said, “to make these animals’ lives better and for them to find a home.”