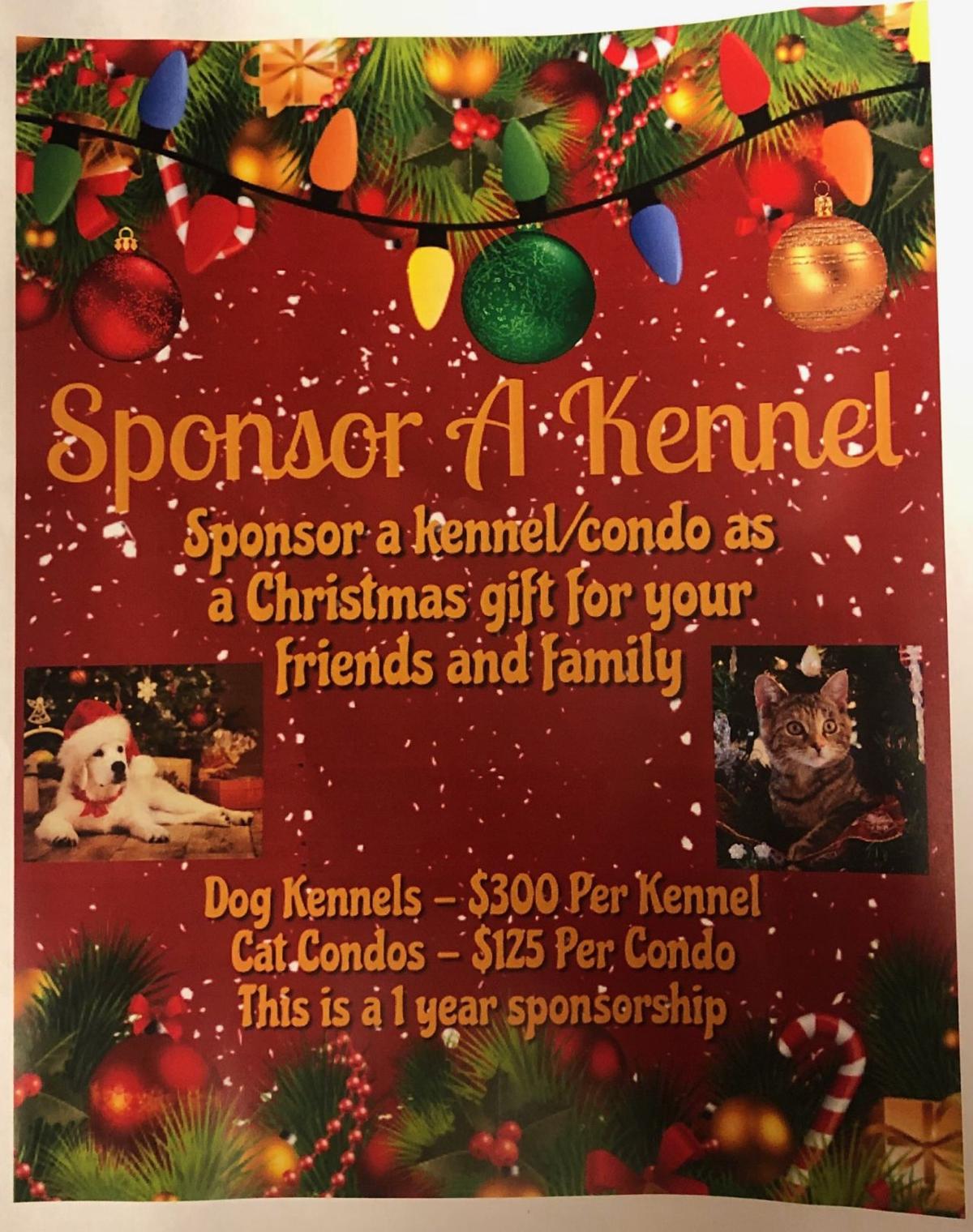 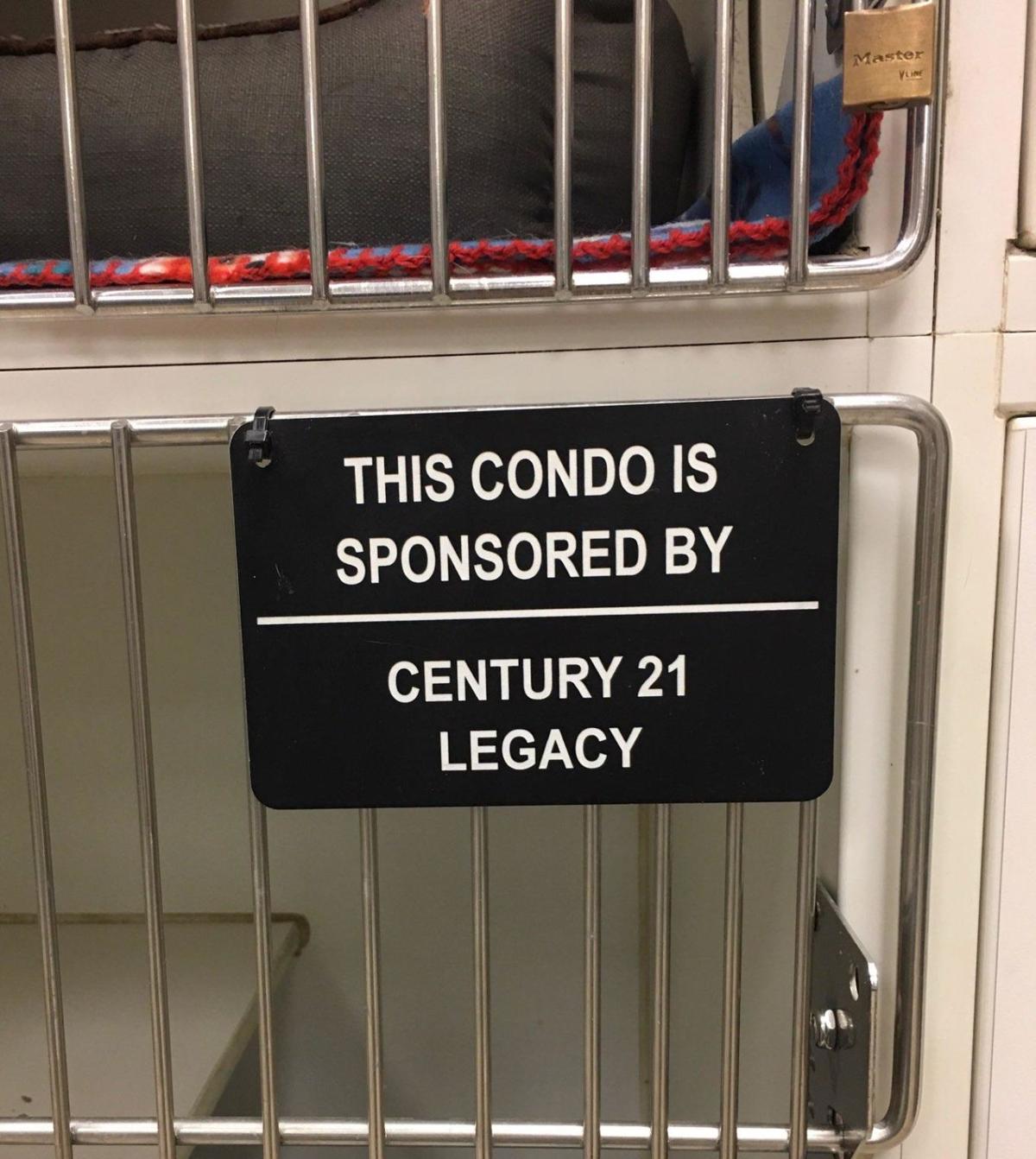 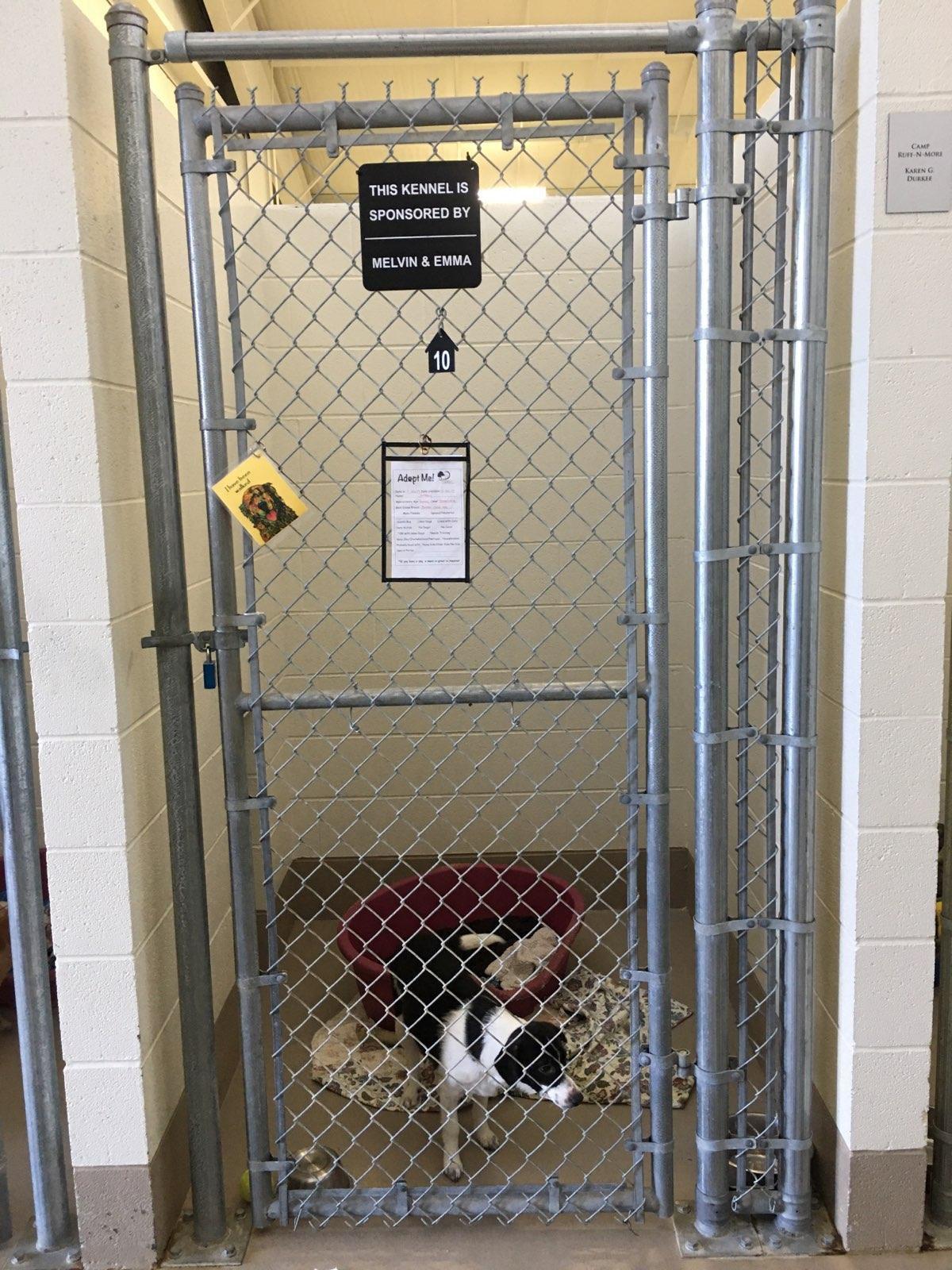 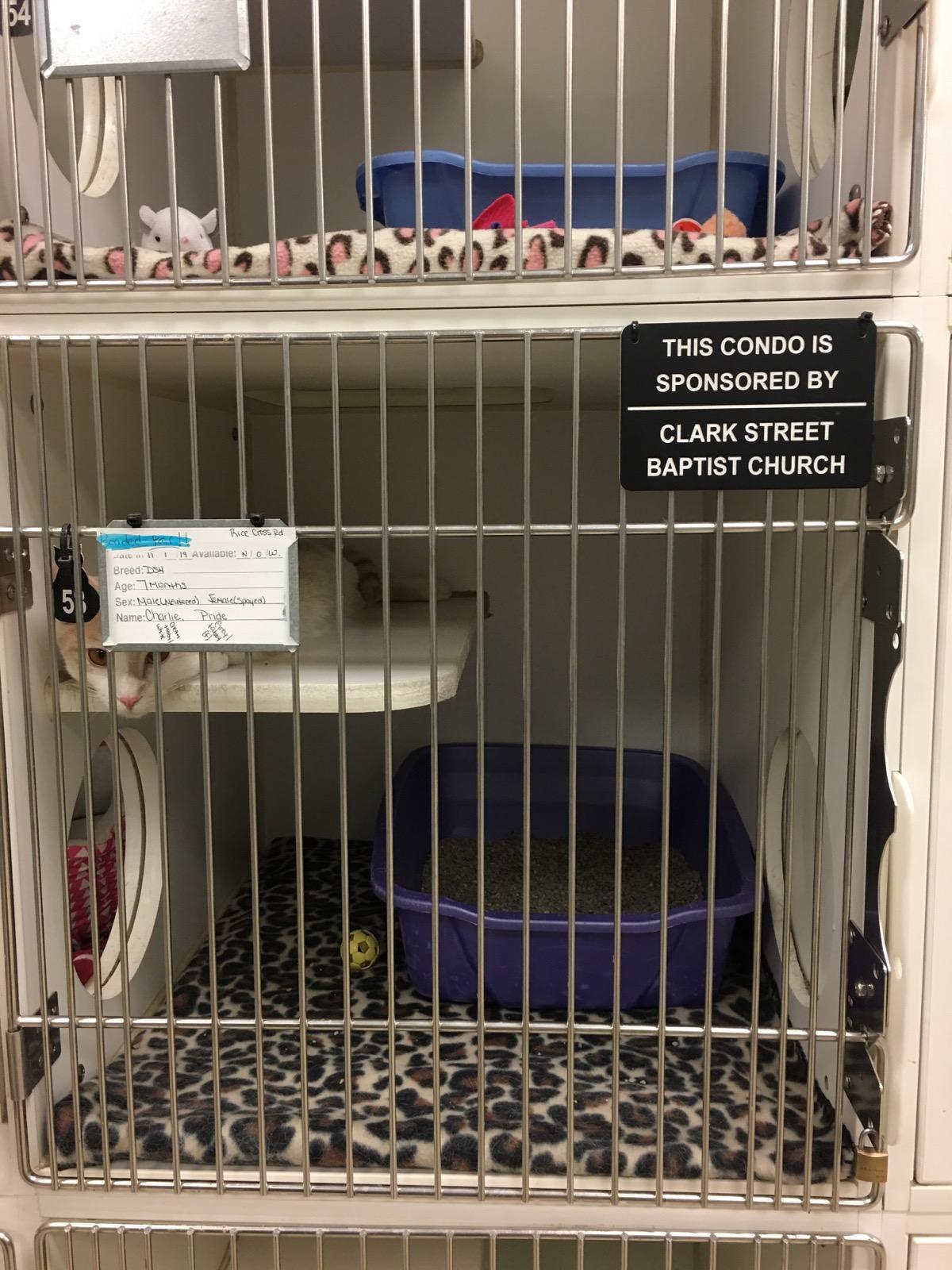 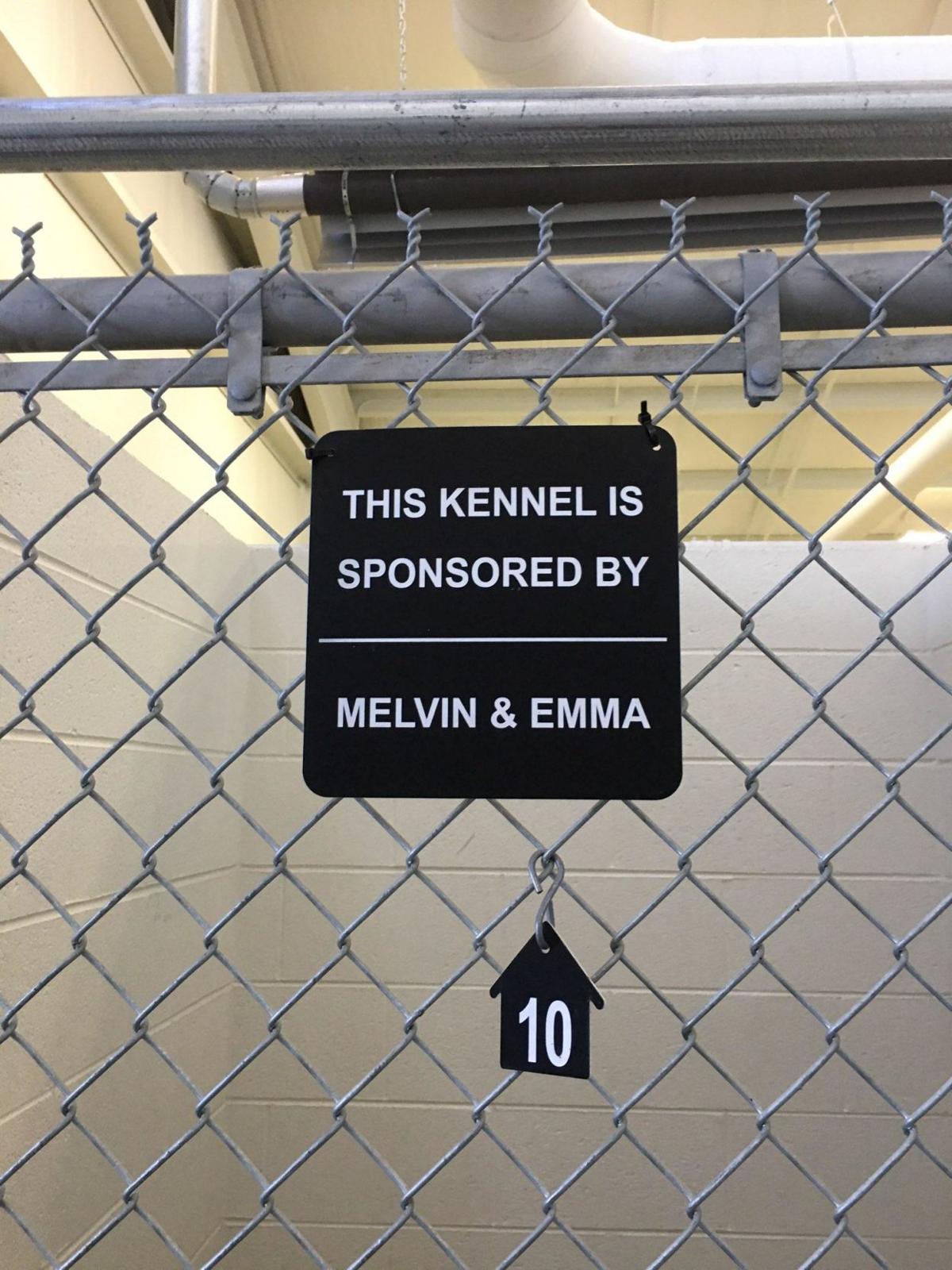 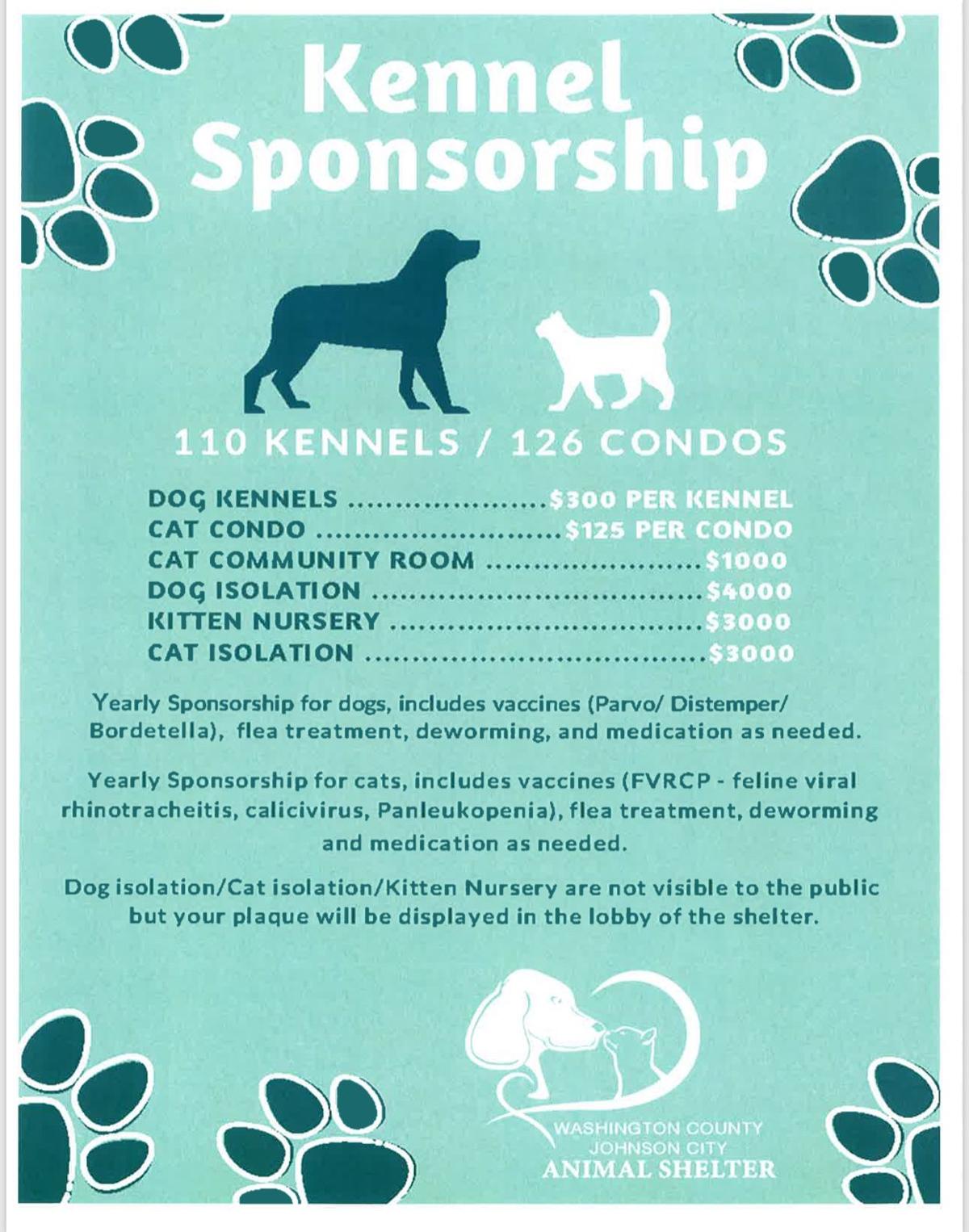 With the Christmas shopping season in full swing, the Washington County/Johnson City Animal Shelter has a gift idea for everyone that will help support the facility throughout the year.

It’s called Sponsor A Kennel, and after launching the event last year, Animal Selter Director Tammy Davis said she hopes more people will get involved. The sponsorship extends for one year, and the shelter places a sign with the sponsor’s name on it for the duration of that year.

“You can sponsor a dog kennel for $300 or a cat condo for $125,” she said. The money goes into a fund to provide immediate care for animals that come into the shelter.

During December there’s a special incentive to become part of the program.

“If you come in and sponsor a kennel as a Christmas gift in someone’s name, you can choose from several gifts you can wrap along with a certificate for the sponsorship,” Davis said.

“We’re also encouraging people to come visit the animal in their kennel or condo, take a picture and share on social media and help bring attention to that animal,” she said. Davis understands not everyone can pay for a sponsorship themselves, but groups of people can sponsor the kennel and divide the cost among themselves.

“We’ve had groups of people go in together to sponsor including friends, churches, businesses. Or if people can’t afford to sponsor a kennel or cat condo, we always need cleaning supplies and food, particularly kitten food. We’re doing good on dog food right now.

The benefit of kennel sponsorship to the shelter is “huge,” Davis said.

“We took in almost 5,000 animals last year and there's a lot of upfront costs to get them vaccinated and healthy as possible as soon as they get here,” she noted. Every animal that enters the shelter has to have vaccines, deworming and flea preventative, and some may need medical care and treatment.

The shelter will also hold a holiday Open House event Dec. 7, from 1 to 6 p.m.