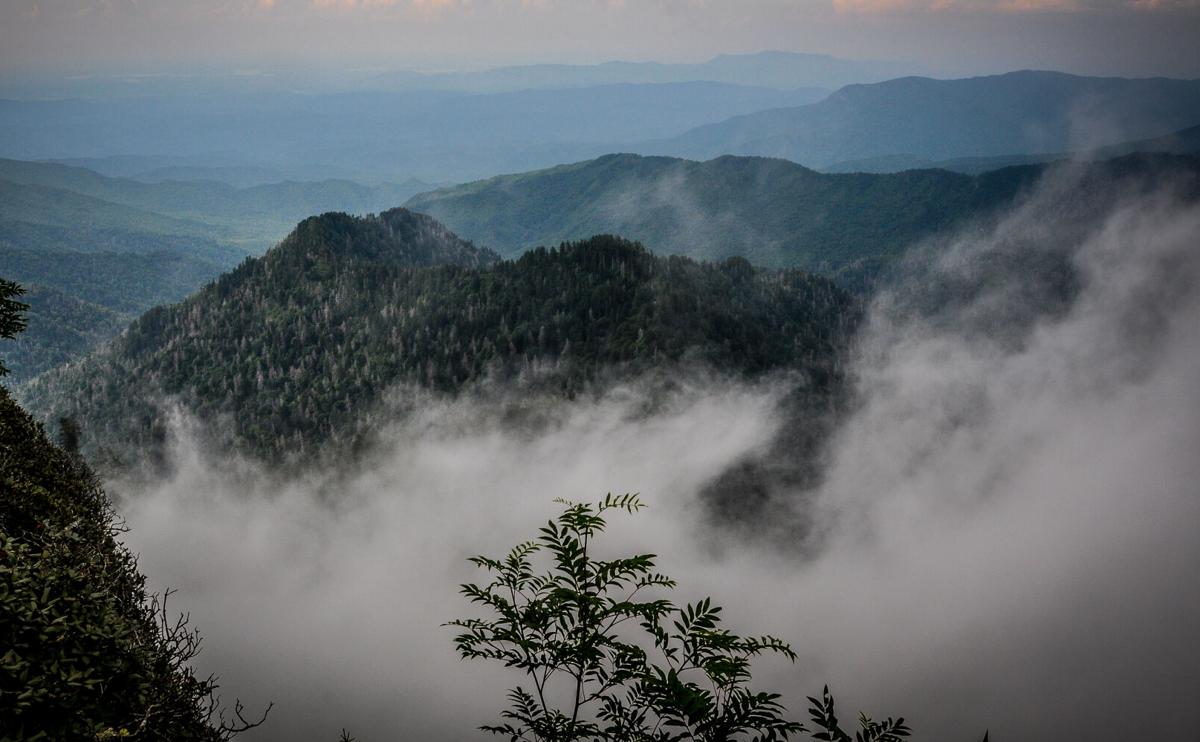 Above the Clouds at Jump Off Cliffs. They call them the Smoky Mountains for a reason. 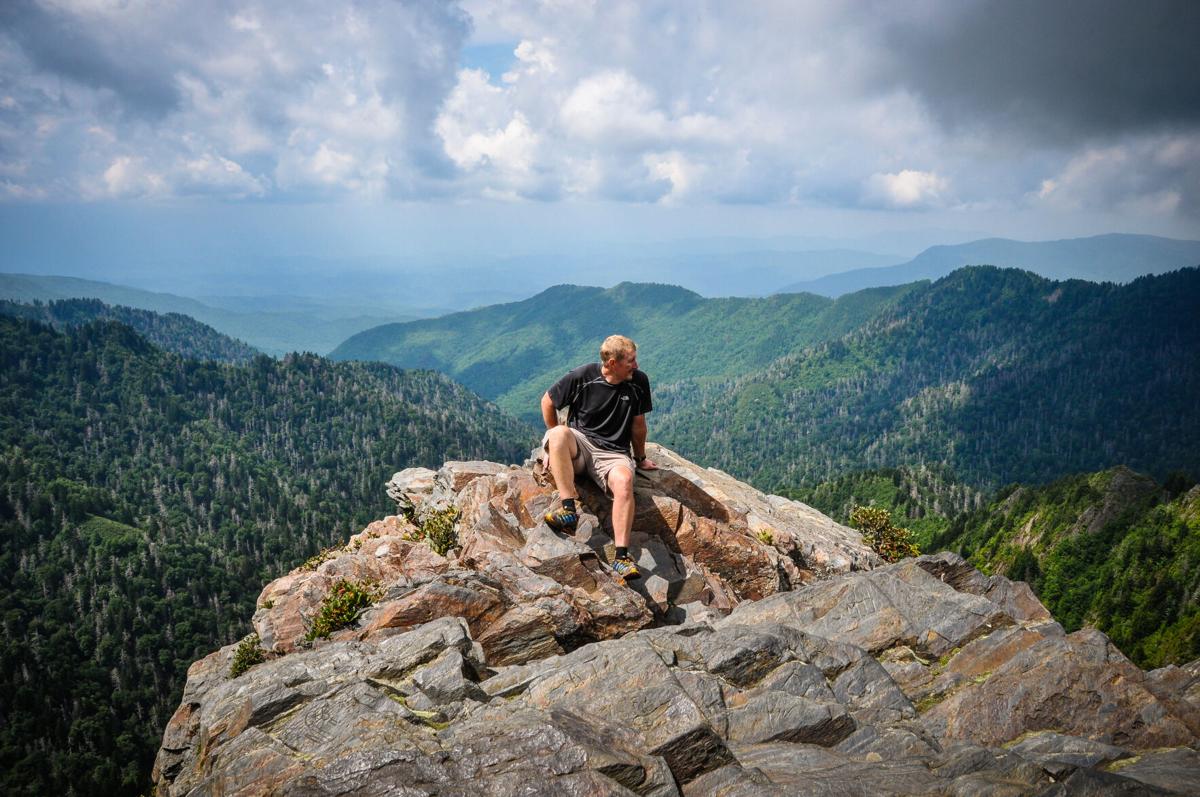 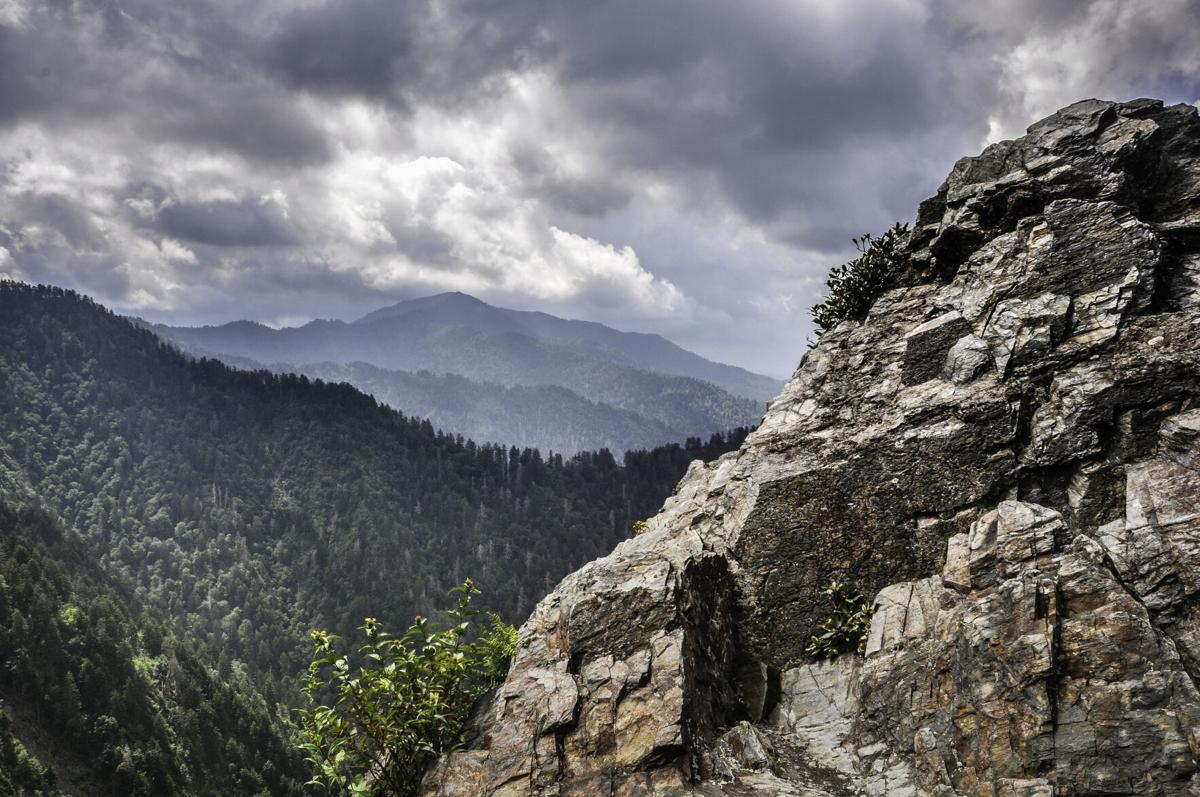 Mount LeConte in the distance, from Charlie’s Bunion 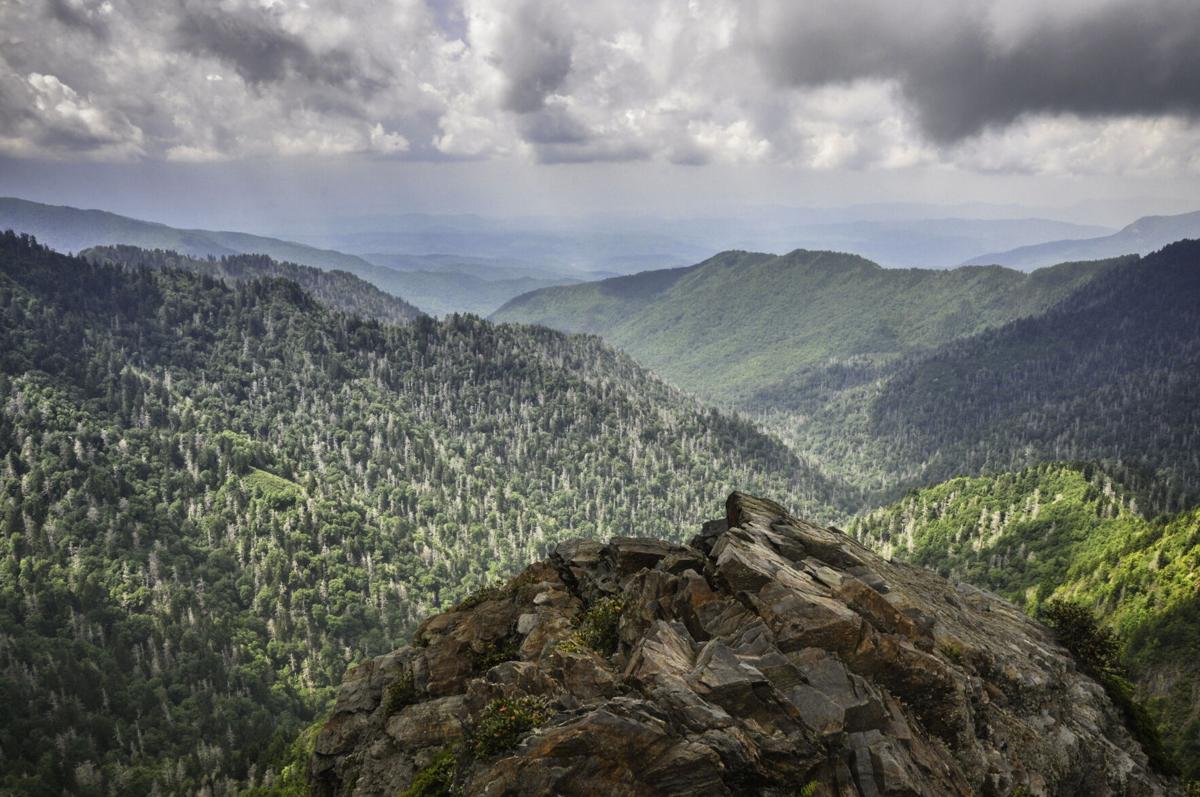 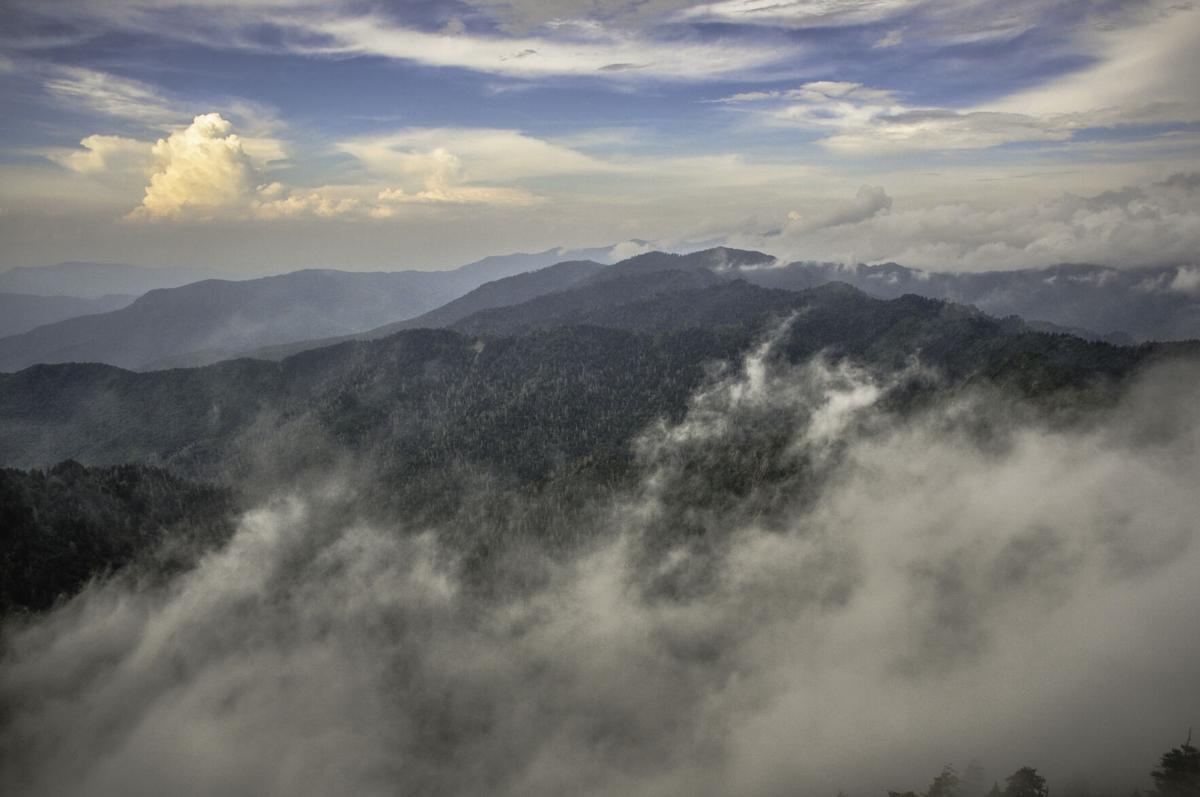 View from the Jump Off 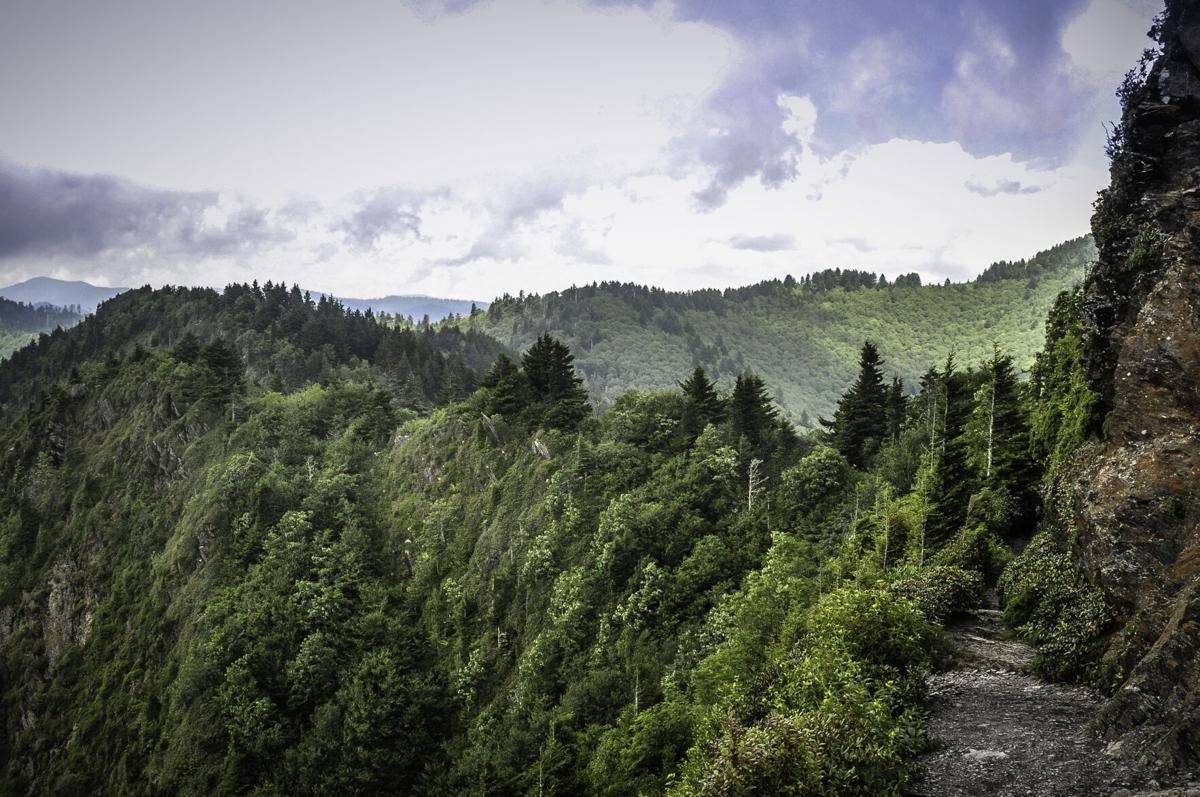 Above the Clouds at Jump Off Cliffs. They call them the Smoky Mountains for a reason.

Mount LeConte in the distance, from Charlie’s Bunion

View from the Jump Off

Charlie’s Bunion is an exposed peak in the Great Smoky Mountains National Park that is distinguished by a very large rocky protrusion just below its 5,528-foot summit. Views from this location are some of the best in the park, making it a classic and popular destination.

If you’re looking for a day hike that you won’t soon forget, put the Bunion on the top of your outdoor adventure “to-do” list. It is majestic.

The history and unusual name of this site is an interesting story. This rocky ridgeline was once called Fodderstack, but in 1925 a massive wildfire swept across the region leaving mostly barren, sterile soil. Then in 1929, torrential rains washed away much of the soil, exposing the enormous rock outcroppings that are there today.

Horace Kephart, who was a famed outdoorsman, author, and advocate of the proposed national park, led a group of men up the mountain to inspect the damage following the storm. One of those men was named Charlie Conner, who after the difficult hike removed his boots and socks to reveal a swollen foot, and a large bunion that seemed to look like the surrounding rock formations. Kephart, after seeing Conner’s foot troubles, was said to have stated, “Charlie, I’m going to get this put on a government map for you.” He did just that, and soon after the United States Geological Survey officially named the place Charlie’s Bunion. Five years later the Great Smoky Mountains National Park opened, and the Civilian Conservation Corp constructed a portion of the Appalachian Trail to pass by this unique site.

This is an eight-mile, round-trip trek beginning at the busy Newfound Gap parking area and overlook, where Highway 441 crosses over the apex of the Smoky Mountain ridgeline. At the east end of the parking lot the Appalachian Trail (northbound) goes into the forest and begins a steady ascent for the next couple of miles. The path here is rocky and relentlessly uphill, but it tunnels through amazing fir and spruce forests.

At 1.5 miles the trail opens up and offers wonderful vistas of Mount LeConte and Myrtle Point to the northwest. Soon after, the Sweet Heifer Creek Trail joins the AT from the south. The path briefly levels out here, but shortly climbs again to elevations over 6,000 feet.

The high point of the hike is near the junction of the Boulevard Trail at roughly 2.7 miles. Continue on the AT, now descending, where you will pass by the beautiful stone and timber Icewater Spring Shelter at the three-mile mark. This is a good place for a lunch break.

The spur trail leading to Charlie’s Bunion is at 3.9 miles. This final approach is short and seems to be magically perched on the edge of the cliff. Vistas open up drastically as the nearly 1,000-foot vertical precipice drops abruptly into the lush chasm below. Long-range, panoramic views are vast toward the north, into the mountains of Tennessee. The majestic peaks of Mount Kephart and Mount LeConte dominate the western sky, while the remote summit of Mount Guyot can been seen far off to the east.

Some daring and sure-footed folks climb out onto the second bunion outcropping for an incredible photo op, but it is not recommended. Views are just as good from the safety of the trail, or the outcropping immediately adjacent to it.

The grandeur and vistas at Charlie’s Bunion are truly difficult to exaggerate.

If you still have some get-up-and-go on your return trip from the Bunion, I highly recommended an additional one-mile roundtrip to the Jump Off — a long ledge, almost vertical cliff, with beautiful eastern views.

After retracing your steps, arrive at the junction of the Boulevard Trail, turn right, and go about a tenth of a mile where there will be a sign (turning right) for the “Jump Off.” You will then make a steep climb for three tenths of a mile to the 6,217-foot wooded summit of Mount Kephart. Descend another tenth of a mile to the long, vertical ledges of the Jump Off.

From this vantage point you can see Charlie’s Bunion down and to your right along with the magnificent eastern Smoky Mountain range.

From the Tri-Cities, take I-81 south and I-40 west to exit 407. Turn toward Gatlinburg. In 20.5 miles, take the exit toward the National Park. Proceed on Highway 441 (continuing past the Sugarlands Visitor Center) for approximately seventeen miles to Newfound Gap.

The trailhead (with signage) is in the eastern corner of the large parking lot. Proceed on foot, following the white-blazed Appalachian Trail for four miles to Charlie’s Bunion. This can be a very crowded trail, so a weekday or a very early weekend start is recommended.