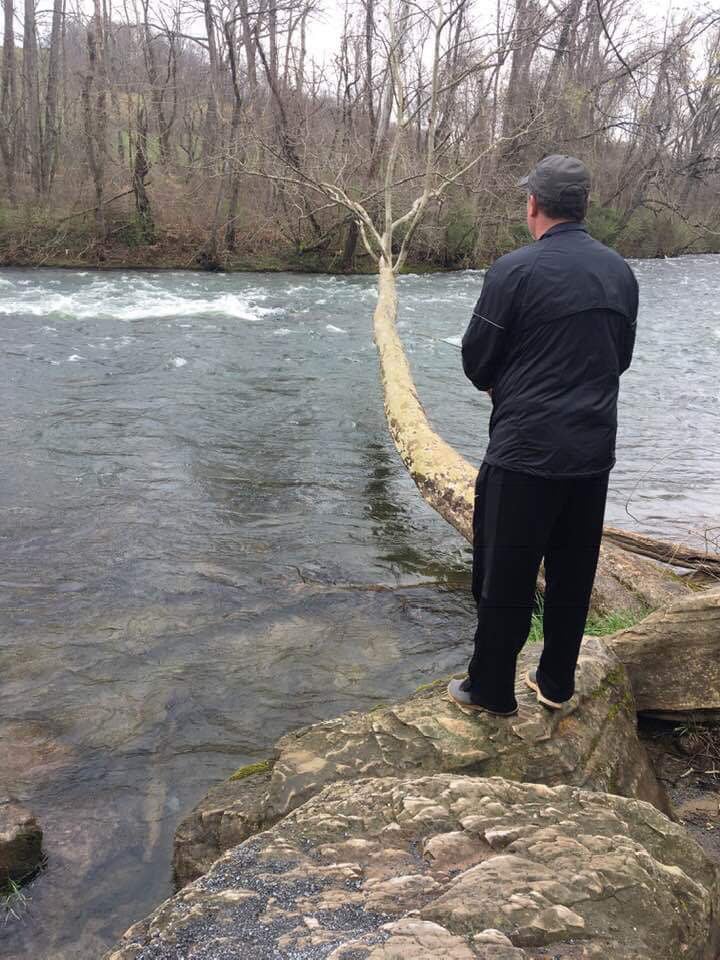 Milligan University basketball coach Bill Robinson always has a fishing pole in his car — as long as it’s not basketball season. 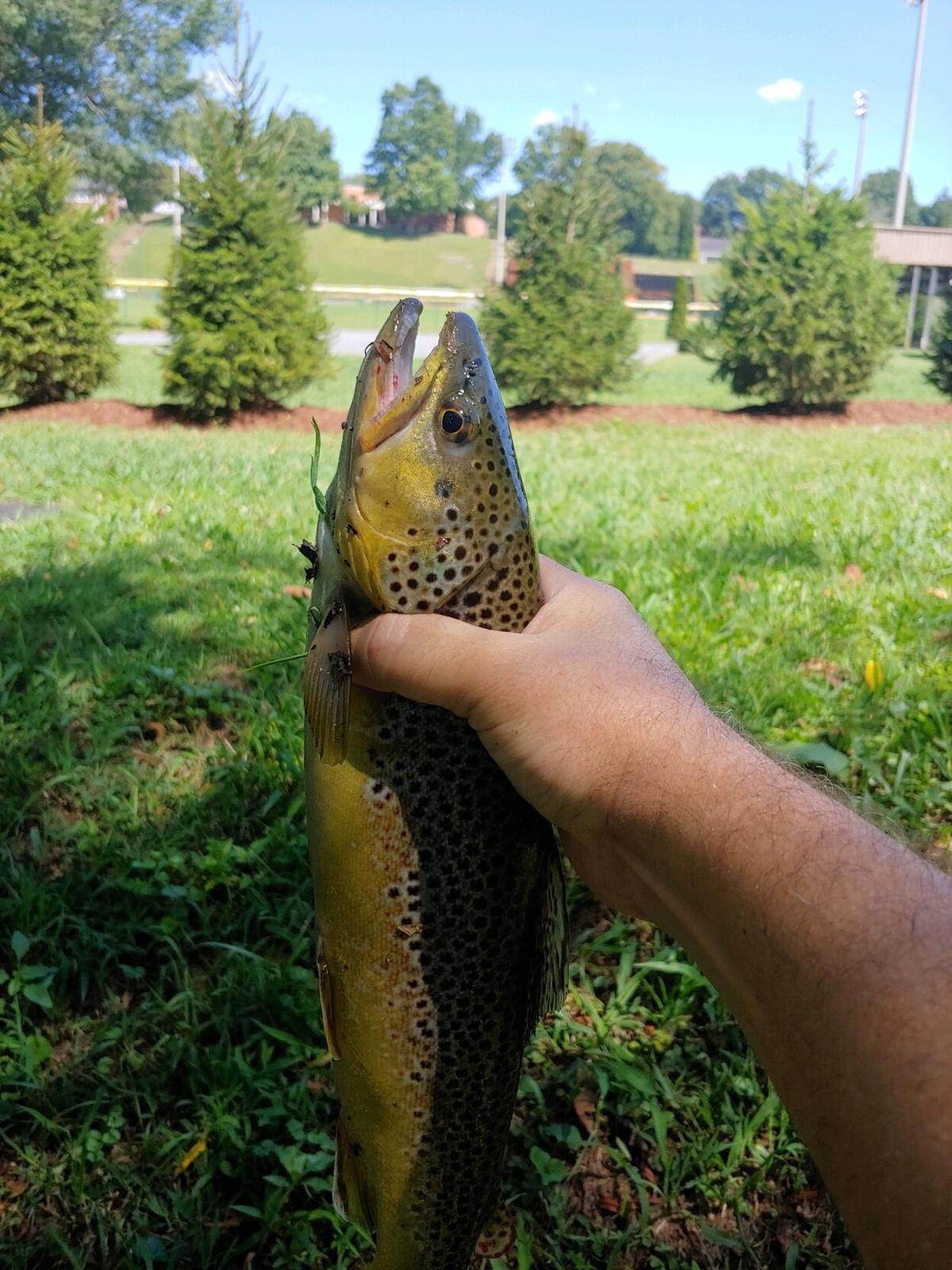 Not many coaches can catch a trout like this right on his campus. 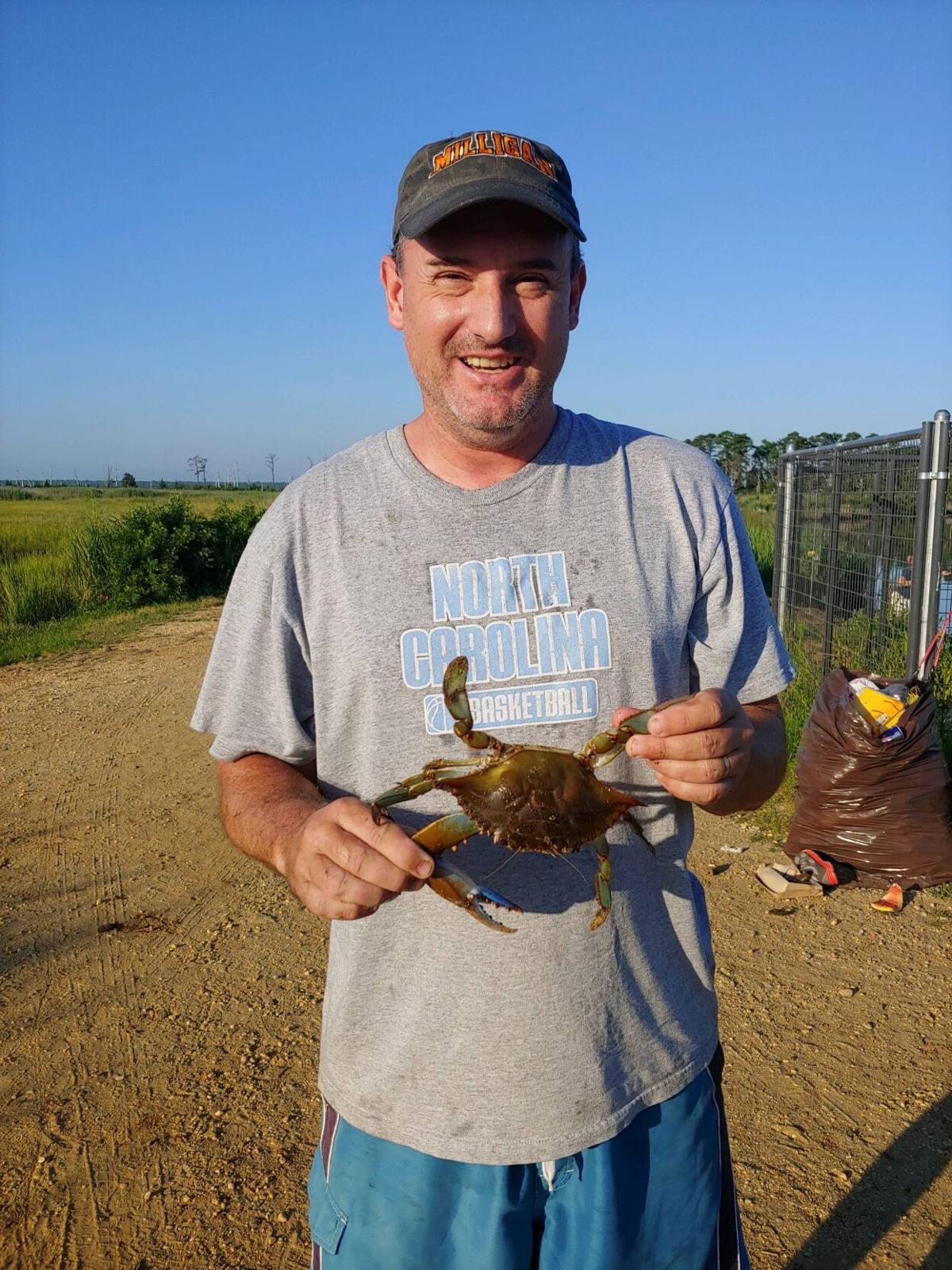 Bill Robinson shows off a blue crab caught at the Jersey Shore. 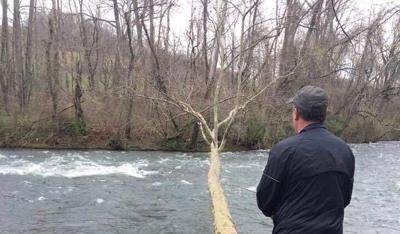 MILLIGAN COLLEGE — What’s in a name? Plenty, if the man is William Douglas Robinson. Even the name itself is an adventure.

“I’m William Douglas Robinson the third, my son’s the fourth,” said Milligan University’s affable, 12-year men’s basketball coach. “My dad was Doug, my grandfather Bill. I go by Billy or Bill and my son is Willie or Will.”

Likewise, there is nothing vanilla about William Douglas Robinson III, a New Jersey kid — now 51 — who could be accused of living a charmed life.

A former small-college basketball All-American and a family man with three grown children, Robinson has attended the last 19 Final Fours and is also a member of the Blue Mafia.

And, the guy with a blue million stories is a fisherman as well.

“Fishing’s my outlet,” Robinson said. “I have poles in my trunk right now. There’s always one handy because I can go fishing here on campus in Buffalo Creek in 10 minutes. Will is my assistant and I’ll tell him I’m taking a walk ... and he’ll say, ‘Hope ya catch something.’

“When I was coaching at Montreat (N.C., 1997-2009), I went to sign a player and I’m driving along the river. I must fish, so I pull over, grab a pole, throw a little fake crayfish and catch a trout. All professional, in my khakis and a polo.

“But I take my poles out of the trunk during basketball season. I don’t need the temptation of that creek on a nice November day.”

Robinson’s love of fishing can be traced to his father, who passed away in 2012.

“My dad was a pastor and he had a boat, so he preached on Sunday and fished on Monday,” Robinson said. “We’d fish the back bays for flounder, bluefish, sea trout ...

“He was the best. ... He taught me how to get a fish into a net before I learned to shoot a basketball into a net.”

Although his father moved out when Billy was just 11 and the Robinsons would soon divorce, Doug Robinson remained in his son’s life and watched the 6-foot, 145-pound guard average 39.8 points a game at Atlantic Christian (N.J.) School, then notch 2,696 career points to become the all-time scorer at The King’s (N.Y.) College.

“Dad visited a lot after I moved down here and we’d go fishing,” Robinson recalled. “I still dream about him probably every week — and nine times out of 10 we’re fishing.”

“This inlet, south of Ocean City (N.J.), is my happy place,” Robinson said, clutching a photo. “This is where Dad would take me, and I went there the summer of 2012 with my family — and my mom — to mourn my dad and feel his presence. My son was fishing with me and I didn’t want to see or talk to anybody, just wanted to be left alone.

“Well, after 30 minutes this car pulled up, but it’s a mom, dad, kids and two dogs, and they’re not there to fish. One of their dogs looked like our dog and I pointed this out to my youngest daughter, so she and the girls went over to visit. Good — keep ’em all occupied.

“But in a few minutes, here they come, so I do the Jersey thing and ignore them,” Robinson continued. “I keep fishing, and after they pass I glance and notice the guy looks familiar. I say to my son, ‘Dude, is that (legendary Villanova coach) Jay Wright?’ And he says, ‘Yep.’

“So it’s my family and Jay Wright’s family on this beach. I knew Jay from a Nike clinic we’d done a few years before, so I put my pole down and went over to talk.”

Robinson has worked summer camp at the University of North Carolina the past 16 years, something that’s had a profound impact on the man. He’s even writing a book about it.

“My first year at Montreat I was AD and they wanted me to go full-time AD and get out of coaching,” Robinson said. “So I go to Carolina camp and find my heart. I come back and tell them I don’t want to be the AD anymore. That’s how important Carolina basketball is to me.

“When you spend time around that program, it gets in your blood and you become one of them. They talk about the Blue Mafia. Once you’re in the family, they take care of you for life.”

Having spent the first half of his life well north of the Mason-Dixon line, Robinson is now a Southerner who hopes to ride out his career as leader of thewell-respected Buffaloes.

Besides, where else could a fella catch an 18-inch trout on campus, as he’s done?

“We speak of wings or roots,” said Robinson, whose kids all went to Milligan. “Wings to fly off to find your destiny, or roots to dig in and make it happen right where you are. It’s your choice.