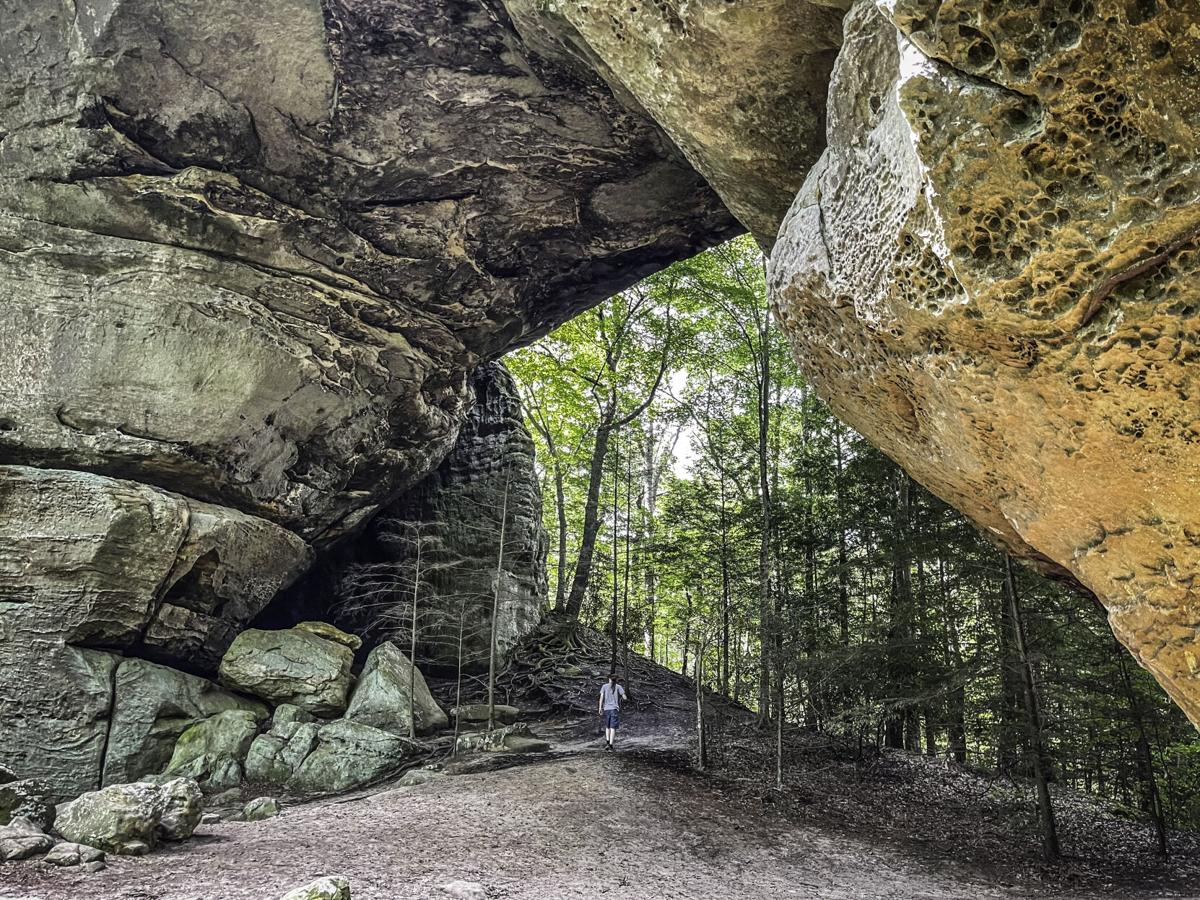 One of the massive Twin Arches 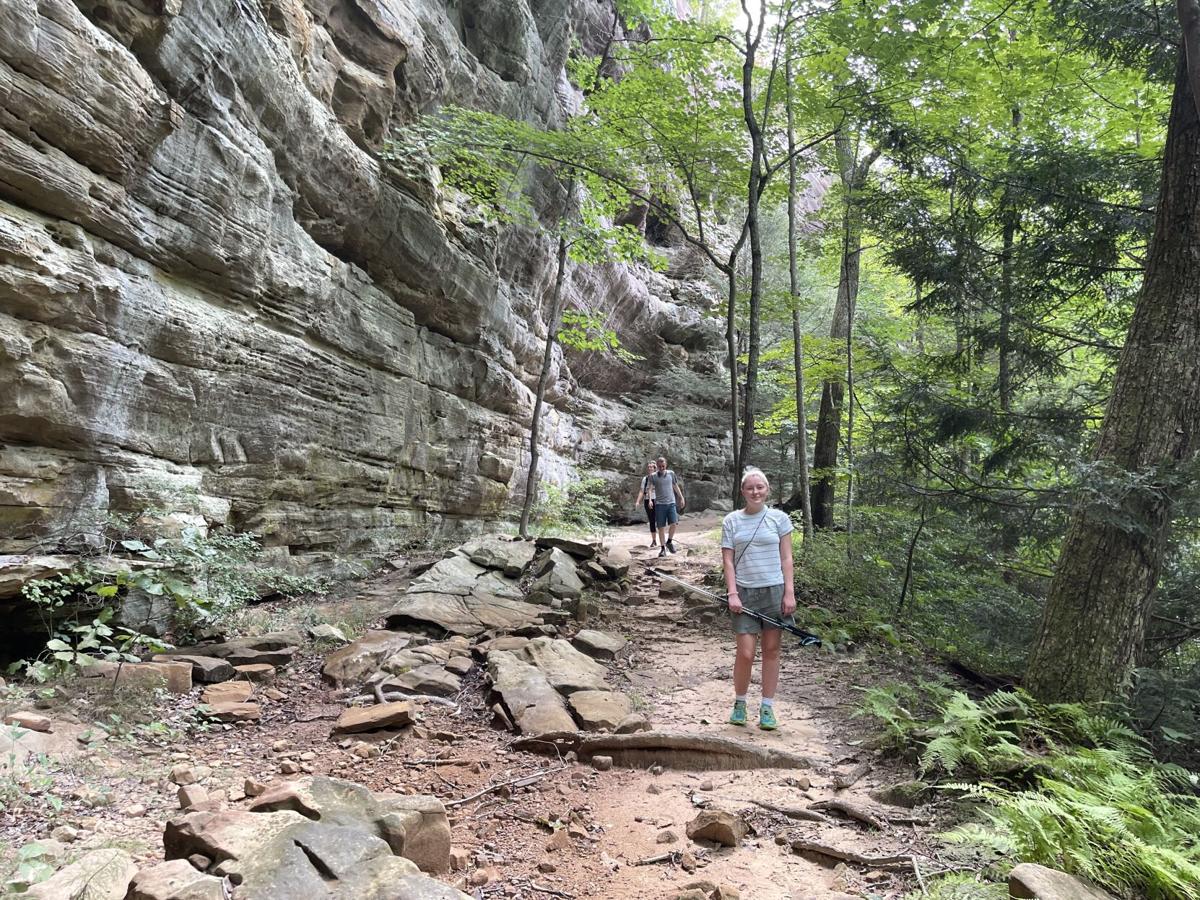 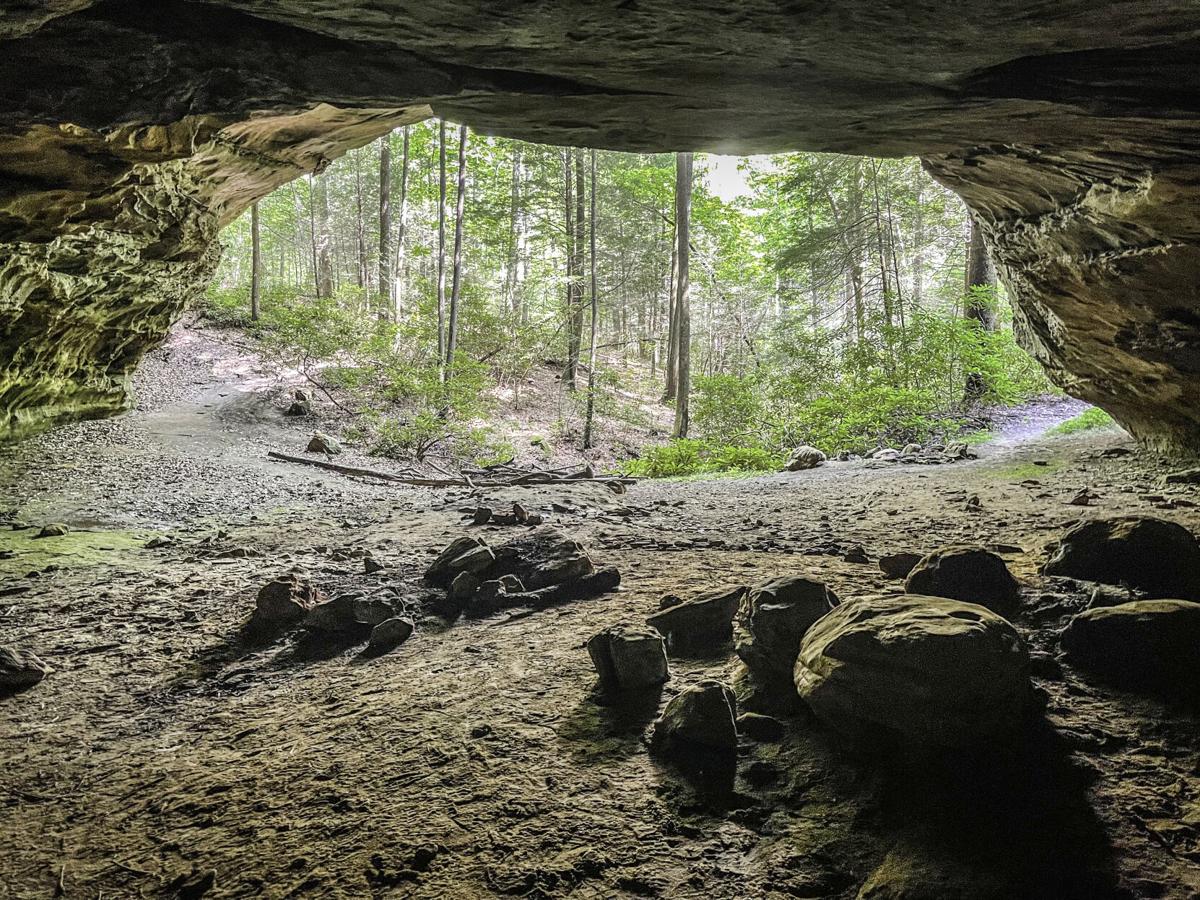 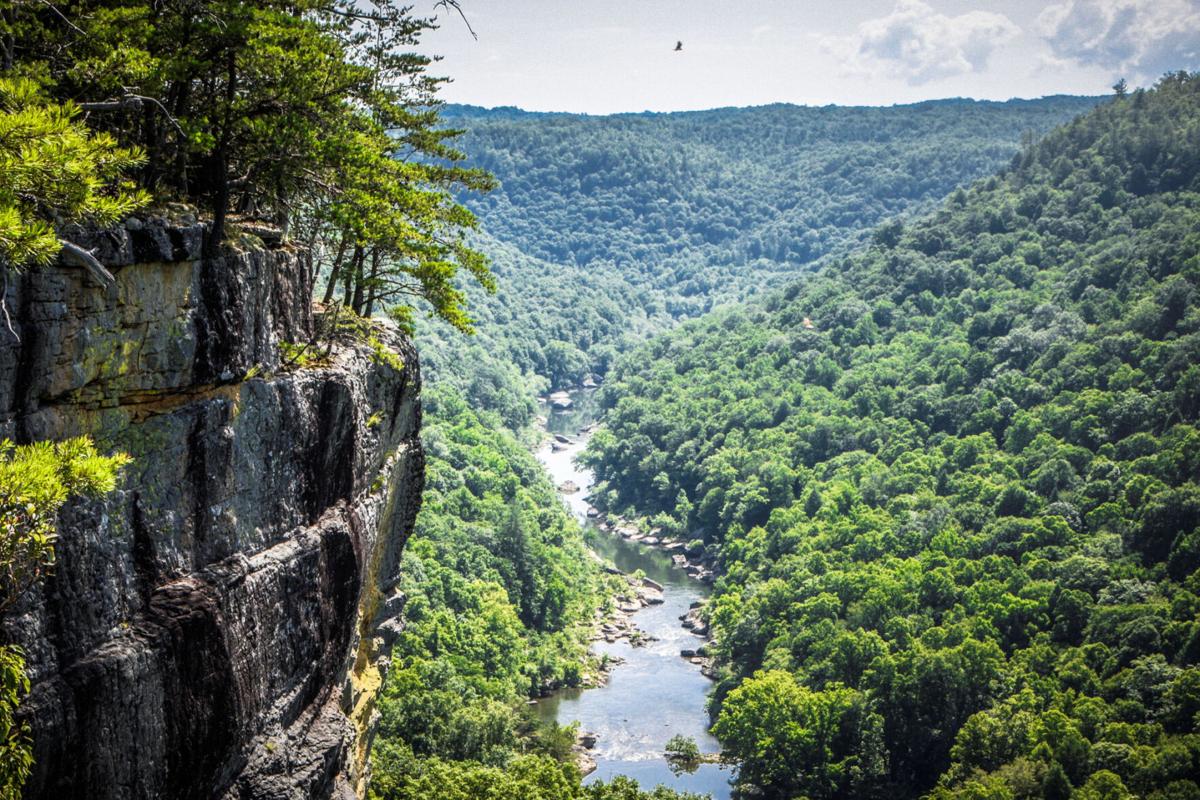 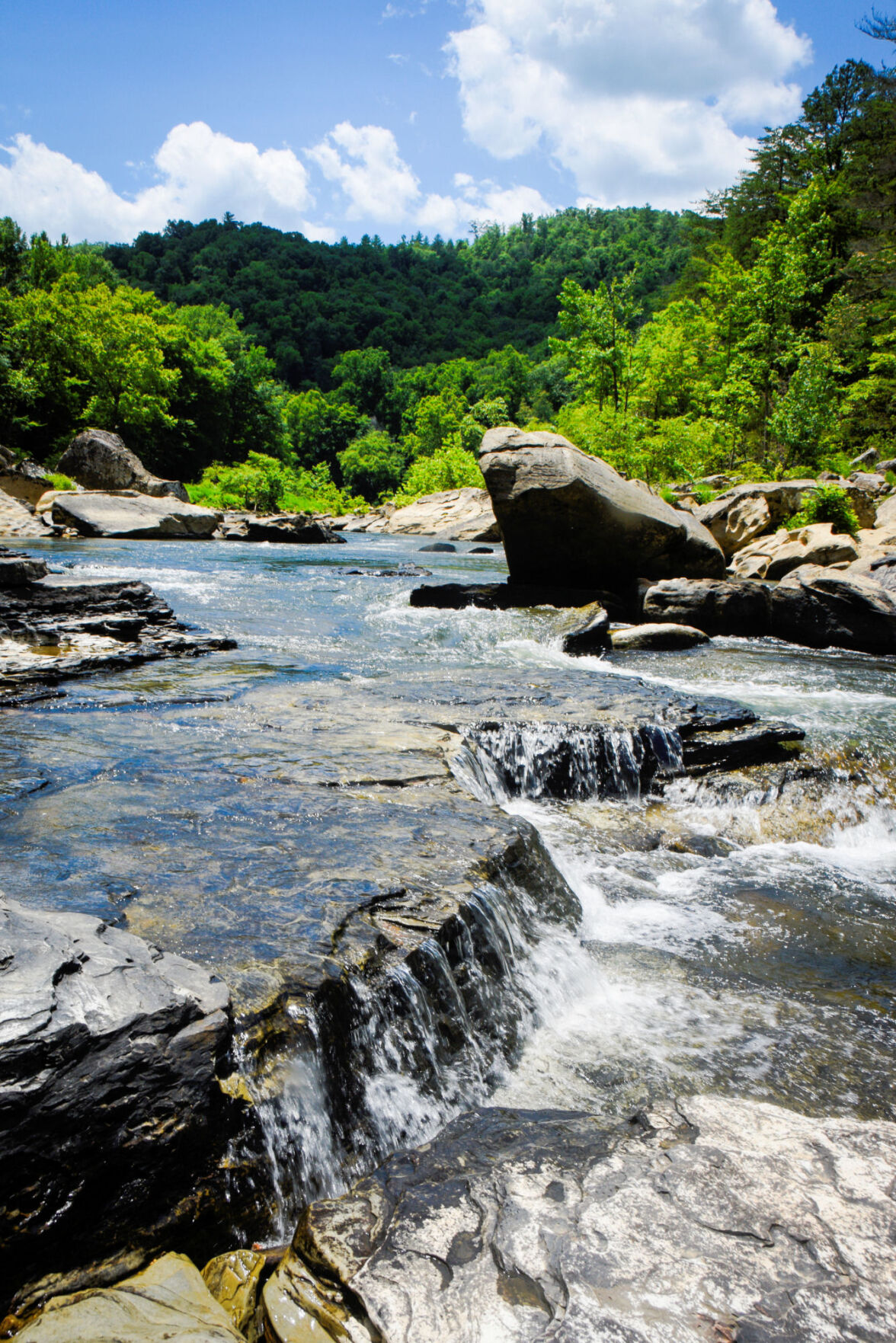 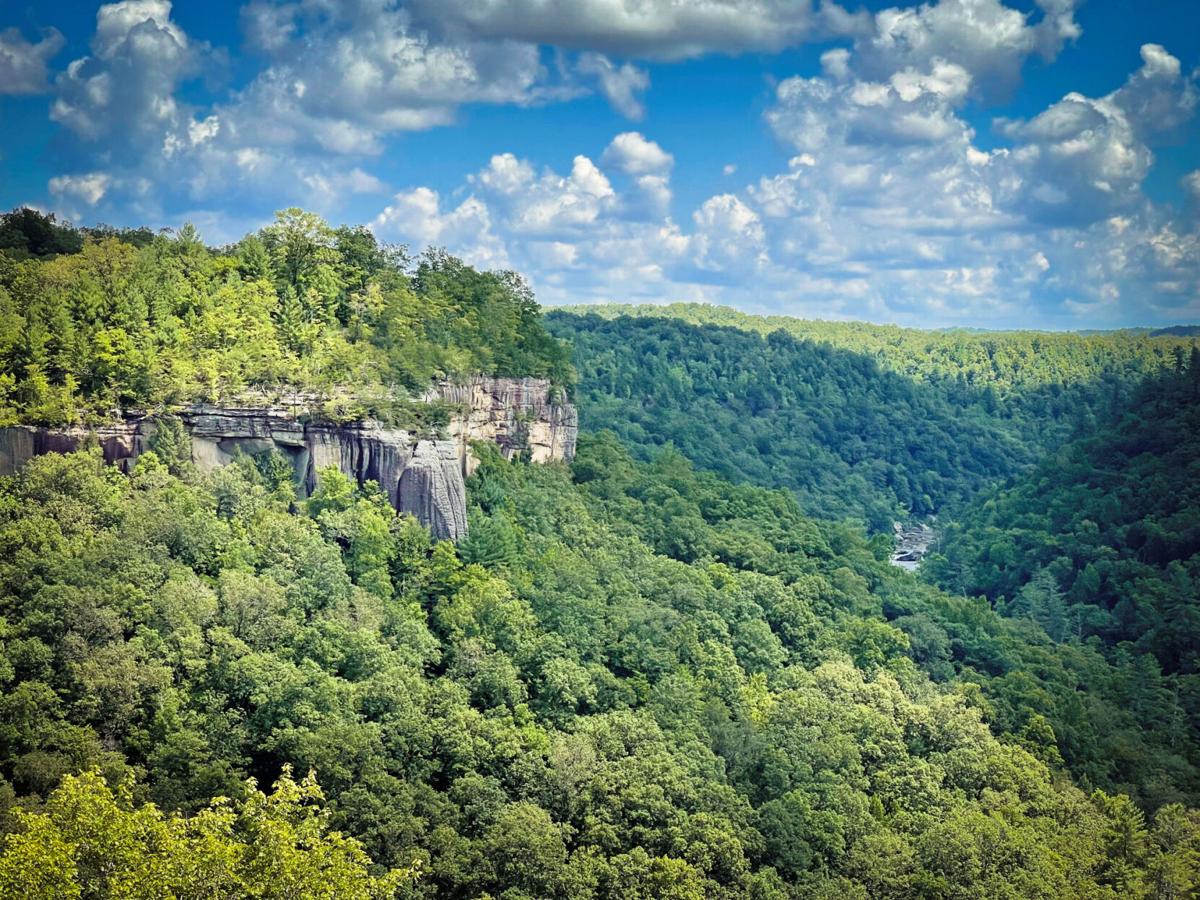 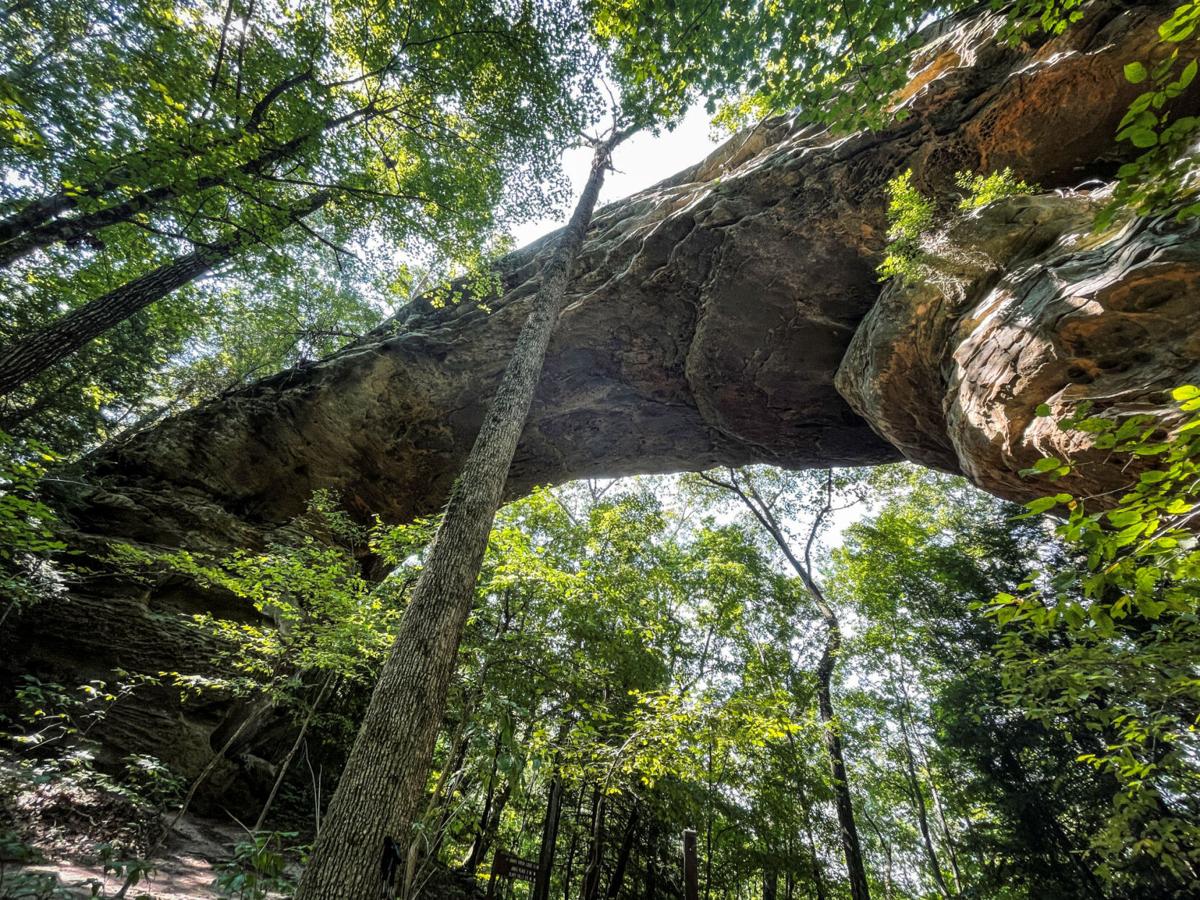 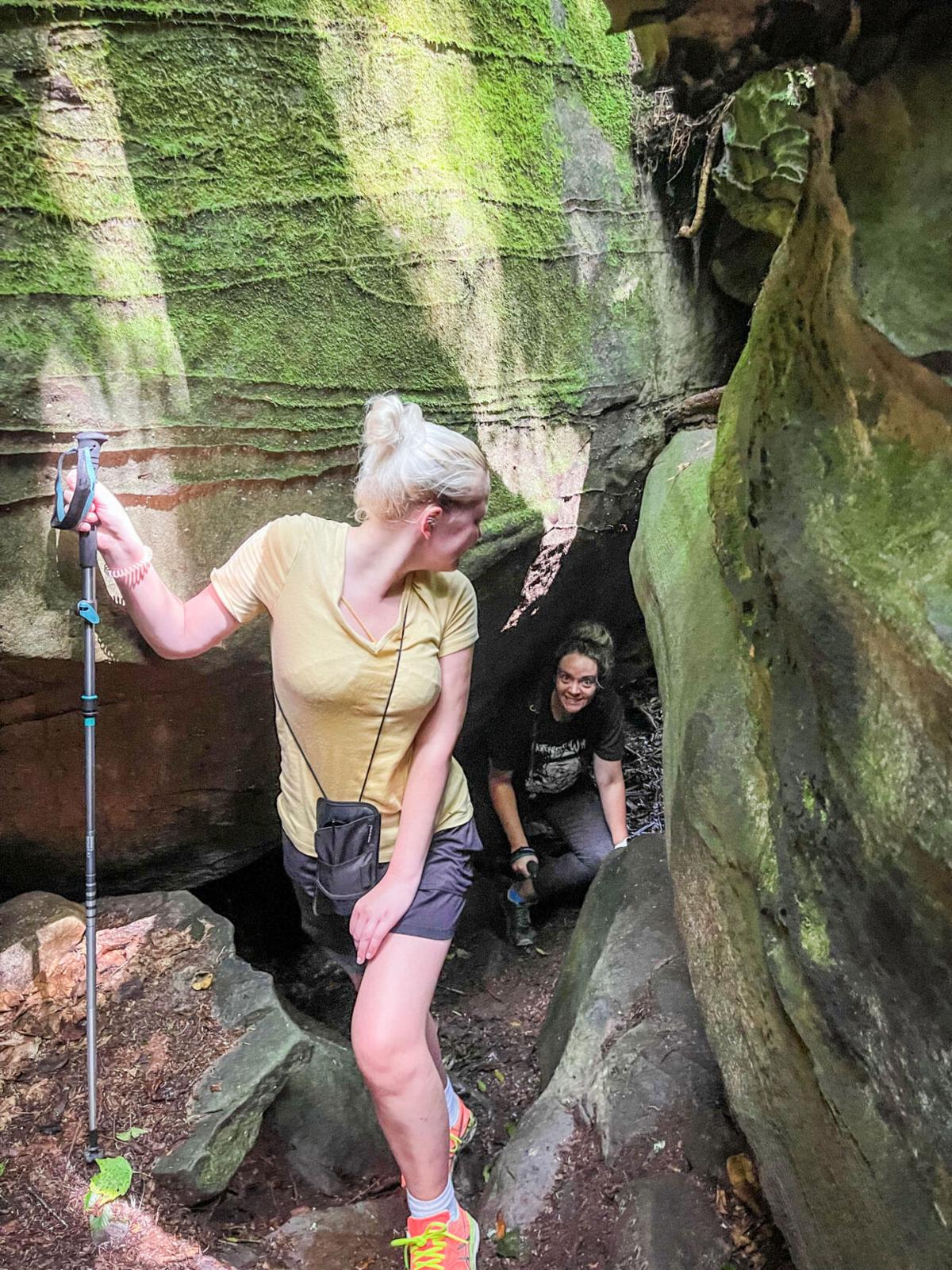 Hikers work their way through the Honey Creek Trail 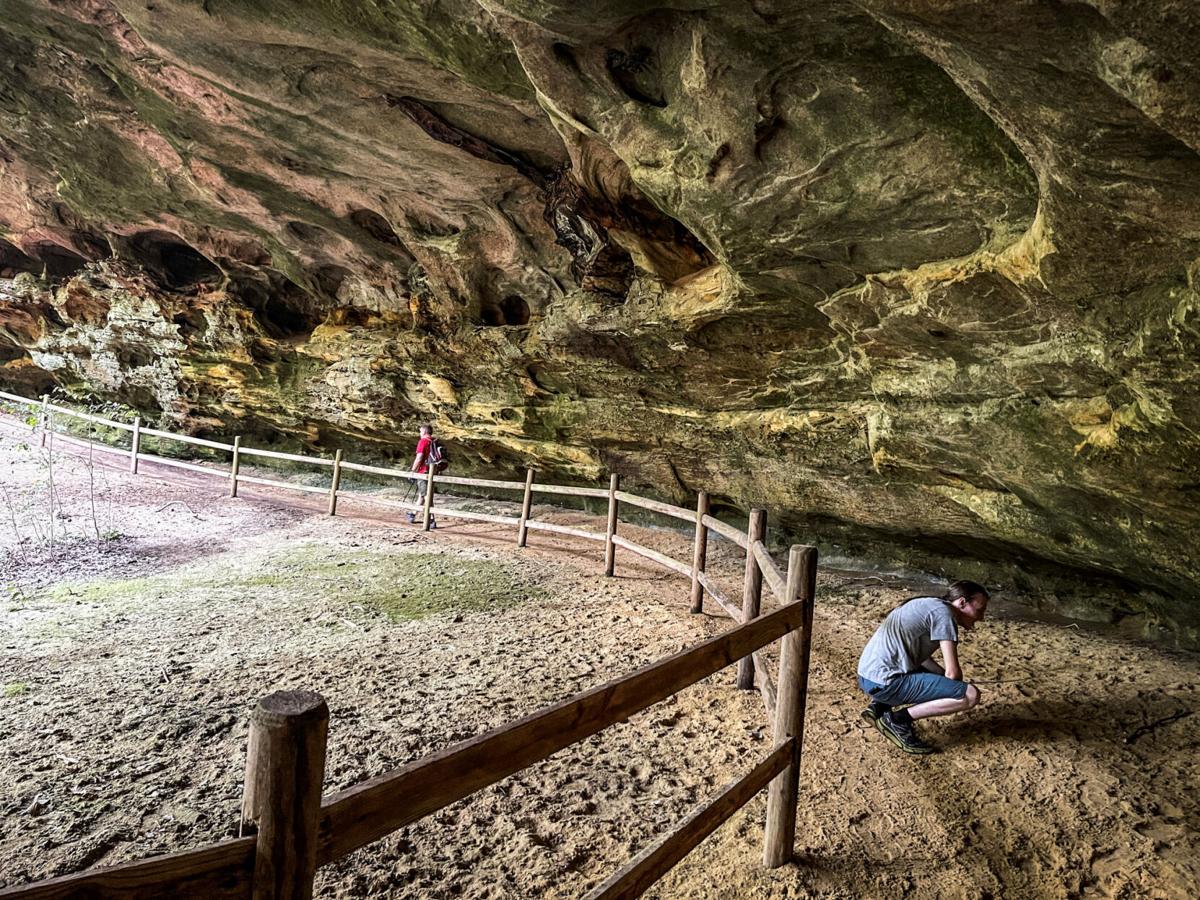 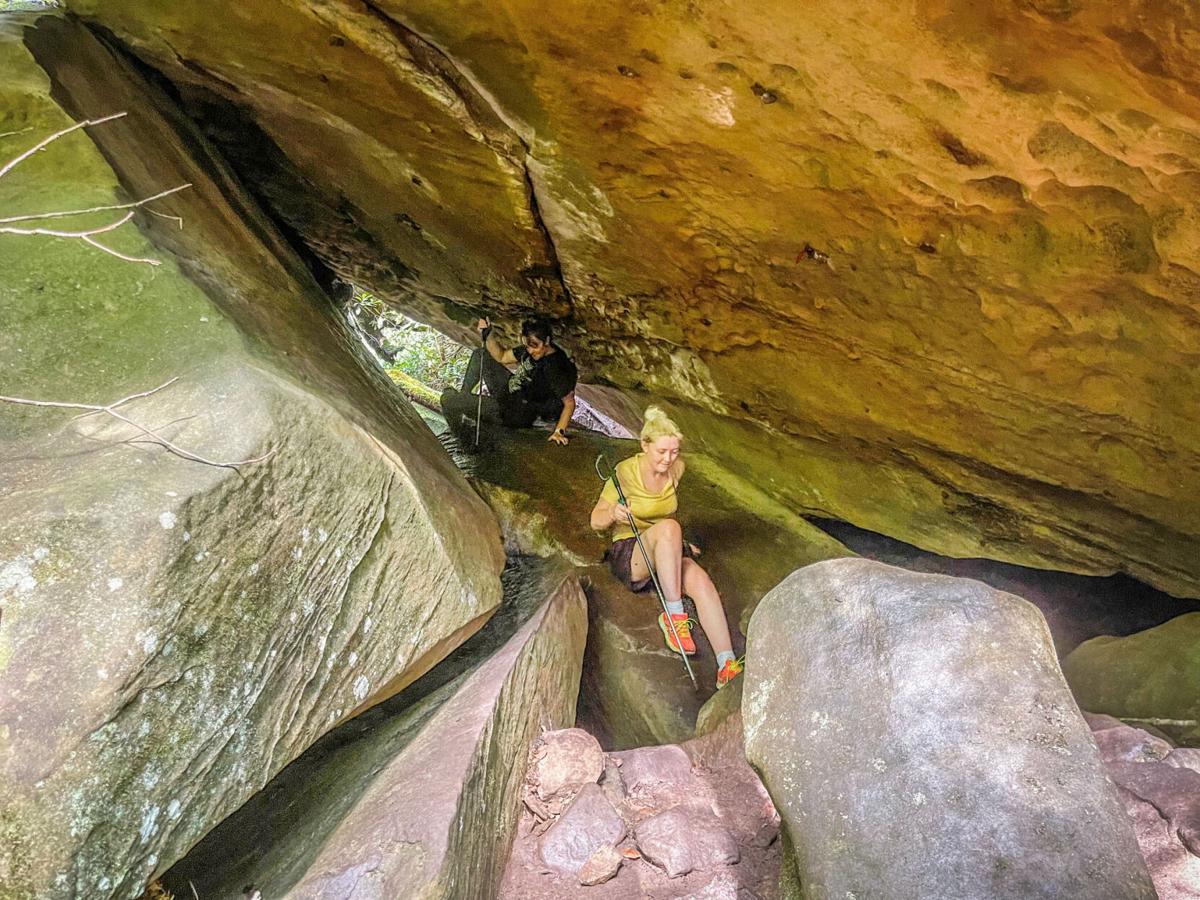 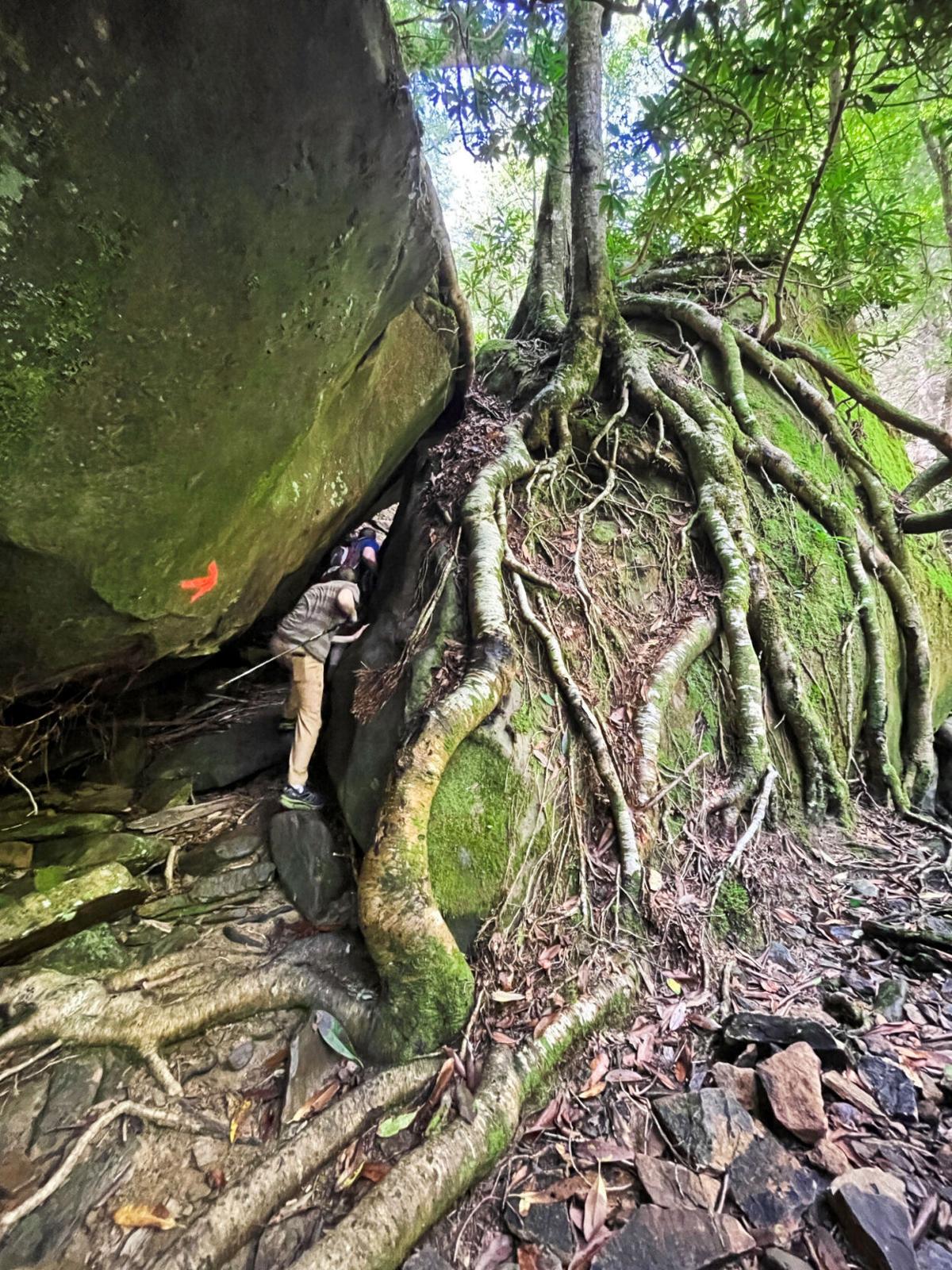 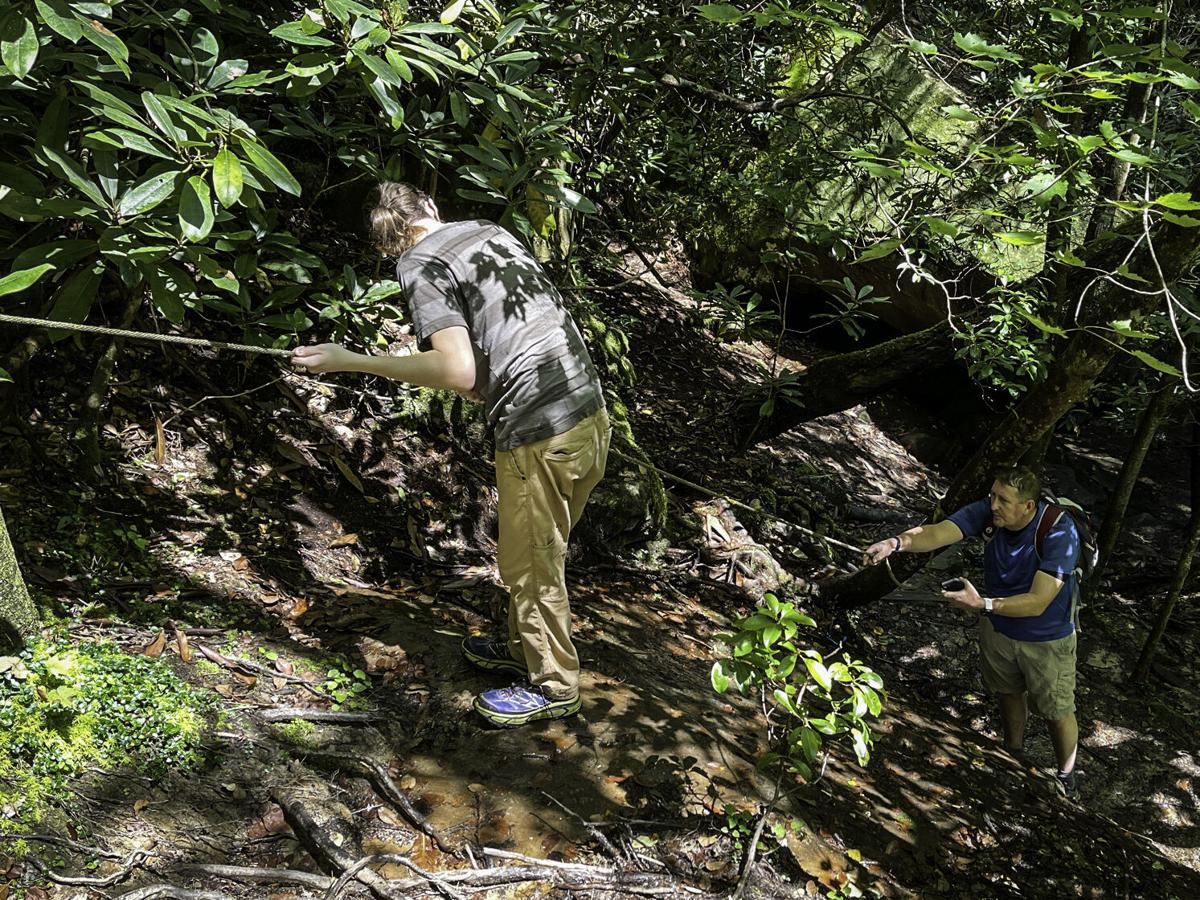 One of the massive Twin Arches

Hikers work their way through the Honey Creek Trail

Are you looking for a long-weekend getaway within a few hours’ drive of the Tri-Cities? This bi-weekly “72-hour” hiking series will guide you on unique, three-day adventures in our region.

As you drive near the Big South Fork National River and Recreation Area headquarters in Oneida, Tennessee, you might ask yourself, “What is so impressive about this area?”

From the outside looking in, it seems to be just another rolling landscape with pretty farmland. There are no rugged peaks framing the horizon like you see in the Great Smokies. There are no long ridgeline backdrops as witnessed in Southwest Virginia. It appears so ordinary from the periphery. But once you actually get deep inside the forests and gorges of Big South Fork, there is an astonishing world that opens up.

It is undeniably one of the most unique and spectacular landscapes in the eastern United States.

Located on the Tennessee/Kentucky border, north of Knoxville, Big South Fork is a portion of the vast Cumberland Plateau. It is primarily defined by its namesake river that has sliced its way through layers of sandstone over the millennia, creating the dramatic and abrupt primary gorge. Many trails navigate through this main gorge, while other paths explore the area’s several distinctive geological locations.

As a whole, the park showcases a diversity of deep canyons and crystal- clear mountain streams, along with wonderful rock formations such as massive natural arches, immense sandstone bluffs and an array of more than 1,600 rock shelters.

And if you desire solitude while hiking, it doesn’t get any better than Big South Fork. In comparison, BSF gets around 750,000 visitors per year, while its big sister, the Great Smokey Mountains National Park gets over 12 million visits. That’s 93% fewer people to share the trail with.

So take a long weekend and explore the secluded Big South Fork.

The Twin Arches: Begin your first morning by exploring the western boundaries of Big South Fork on Divide Road. One of the more popular attractions is the Twin Arches. These are two of largest and most impressive natural arches in the eastern United States.

Hikers can take a moderate 1.4-mile loop on the “Twin Arches Trail” to experience these formations from above and below. When the trail splits, take the left turn, which will lead to the bottom of the arches, while the return trip will climb a series of steps and take you across the top of these massive sandstone formations.

More experienced hikers can trek an additional 4.6 miles on the “Twin Arches Loop.” This leads to Charit Lodge along with many remarkable, towering bluffs and rock shelters that were once used by Native Americans and early settlers.

These grotto-like “shelters” have been carved out by erosion of weaker sandstone, leaving large rock overhangs at the base of huge cliffs. The trail often crosses under and through many of these overhangs, while small streams or intermittent droplets fall from the bluffs above and echo inside the chambers, amplifying the sound of water. Emerald-green plants like moss and ferns blanket the rocks and seem to flourish in these cool microenvironments.

The rock shelters seen on this relaxing trail are truly beautiful and serene.

Honey Creek Loop: Dedicate the majority of this day to what I consider to be the best hike in Tennessee. Yes, you read that correctly. While the Great Smokies obviously has an abundance of five-star hikes, and other places like our own Roan Highlands are truly grand, I still feel that Honey Creek is the top all-around trek in the state.

Why? Because it has all the diversity a hiker could wish for — soaring bluffs, a picturesque overlook, a scenic river, pristine feeder streams, an Indian rock house, multiple waterfalls, numerous rock shelters and a playground of lush, moss-covered boulders.

Don’t be fooled by the Honey Creek trail’s relatively short 5.6-mile loop. This is an obstacle course that requires traversing some difficult areas by fixed ropes, many handhold climbs and a near- vertical set of steps, along with crawling over, under, and sometimes squeezing between massive rock formations. The elevation loss/gain also extends from the top of the plateau down to the river.

It is a difficult, technical adventure with slow progression, and should only be done by reasonably fit and experienced hikers. If accomplished, this will be a hike you won’t soon forget.

NOTE: Do the loop in the less technical, counterclockwise direction!

Angel Falls Overlook: On the last day of your adventure hike in the heart of Big South Fork, at the Leatherwood Ford. The 5.8-mile trek to Angel Falls Overlook utilizes the John Muir Trail, and for much of the trek you will parallel the Big South Fork River. The climb eventually has 600 feet of elevation gain, but most of that comes in a strenuous half-mile just prior to the junction of Grand Gap Loop.

Once at Grand Gap, the trail levels out and the overlook is just ahead. This spot is probably the most photographed location in all of Big South Fork. It is a stunning vista, looking down on the Angel Falls rapids along with the gorge’s complete, rugged scenery.

Angel Falls Trail: Once back at Leatherwood Fork, cross the bridge to get to the other side of the river and hike on the wide and easy Angel Falls Trail, in the downstream direction. If you wish to go to the Angels Falls rapids, it’s approximately 1.8 miles of flat trekking. Find a good spot anywhere along the river to soak your tired feet and have a picnic before heading home.

To get to Oneida, Tennessee, and the headquarters of Big South Fork from the I-26/I-81 junction between Kingsport and Johnson City, travel to 4564 Leatherwood Road, Oneida, TN 37841. This is about a 2.5-hour drive.

If you wish to tent or RV camp, the Bandy Creek Campground is centrally located in Big South Fork, and a wonderful place to stay. Reservations are required. There are also numerous rental properties very close to the park.