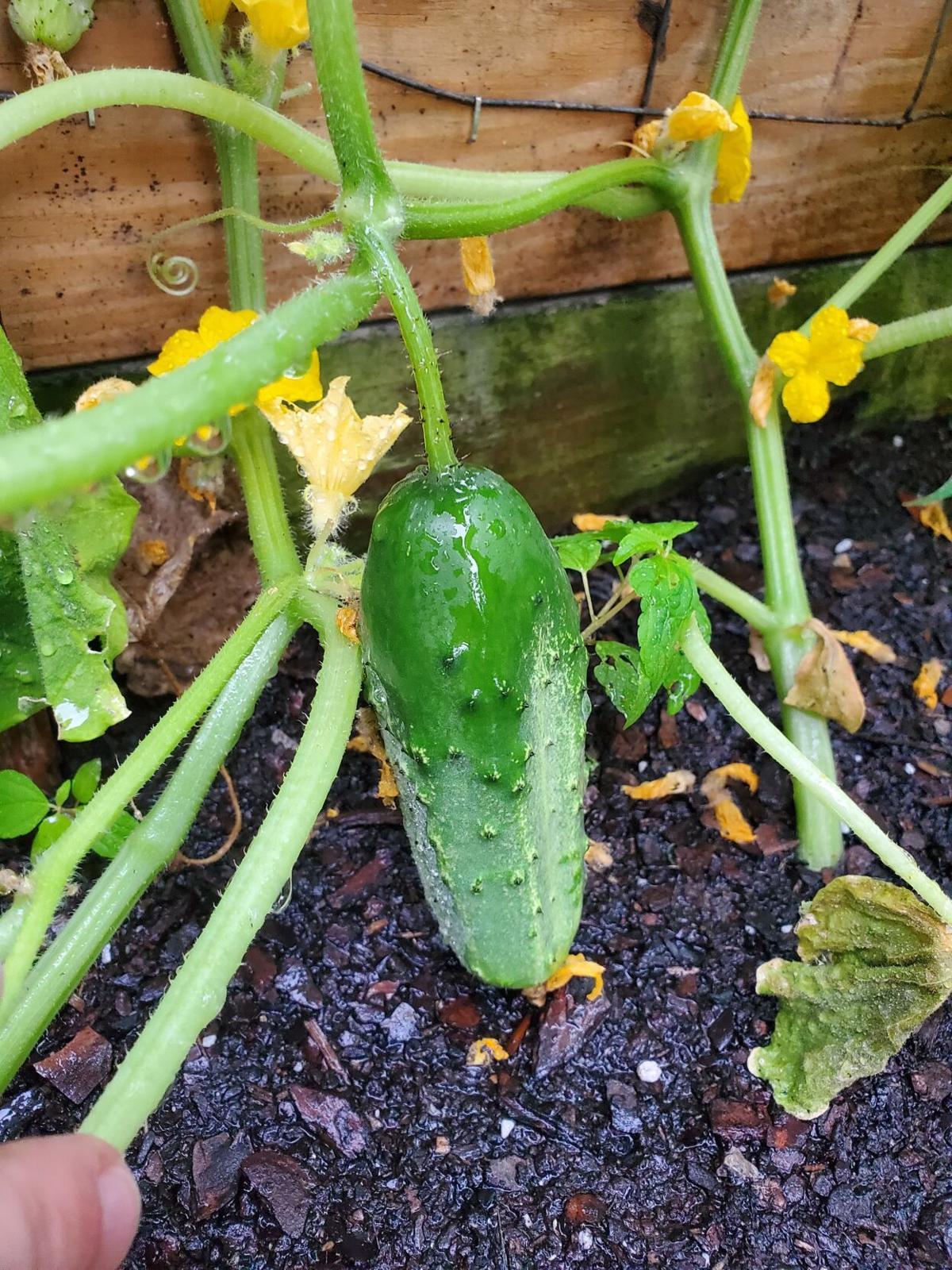 A cucumber in my backyard garden is tantalizingly close to ripe for picking. 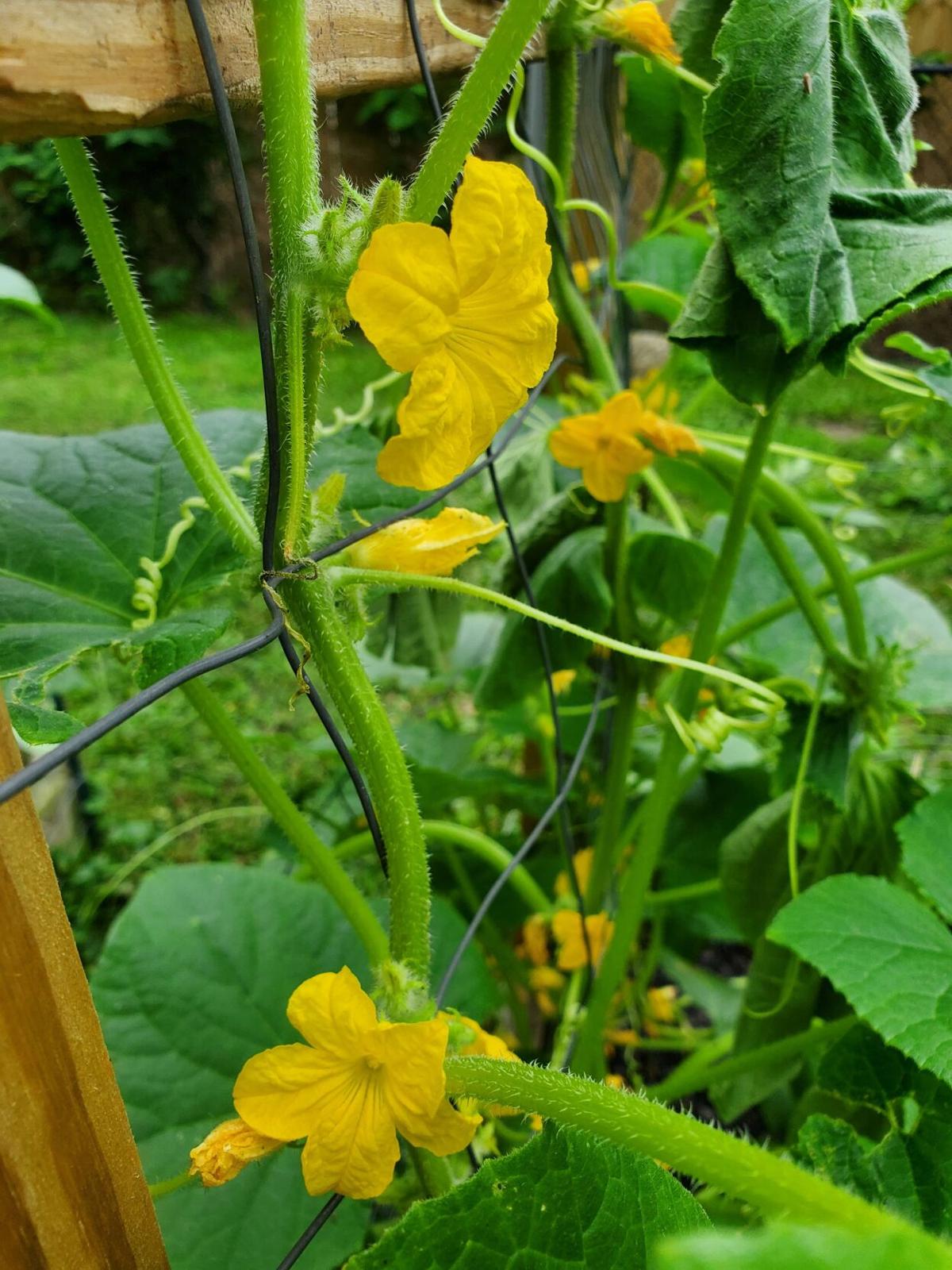 The cucumber vines trained up my homemade trellis are full of blossoms, which will hopefully become cucumbers.

A cucumber in my backyard garden is tantalizingly close to ripe for picking.

The cucumber vines trained up my homemade trellis are full of blossoms, which will hopefully become cucumbers.

Long before the refrigerator was invented, we were preserving produce by pickling.

I wrote last year about fermenting cabbage to make sauerkraut and peppers to make hot sauce, both pickling processes, but I’m observing the more traditional sense of the word this time — the pickled cucumber.

Historians believe cucumbers were first soaked in brine in 2030 B.C. in the Tigris Valley in what’s now Iraq. Egypt’s Cleopatra was said to have credited her health and legendary beauty to the pickles in her diet, and Aristotle believed in the health benefits of cured cucumbers.

Without today’s modern appliances, pasteurization and engineered preservatives, submersion in acidic liquid was the preferred method to keep fruits, vegetables and meats safe from spoiling bacteria.

Pickle barrels were packed into the holds of 15th century European ships, destined for trade and exploration.

Even founding father Thomas Jefferson once wrote “On a hot day in Virginia, I know of nothing more comforting than a fine spiced pickle, brought up trout-like from the sparkling depths of that aromatic jar below stairs in Aunt Sally’s cellar.”

Jewish immigrants from Eastern Europe brought the well-loved kosher dill pickle to America near the turn of the 19th century, and Henry John Heinz, who became nationally known as the “Pickle King” by selling jars of pickled cucumbers under a future titan company that bore his last name, helped make pickles a staple in kitchens across the country.

Americans eat more than nine pounds of pickles per person each year, and more than 100,000 acres of land are dedicated to growing pickling cucumbers in 30 states.

Even though they’re prolific, some of us still enjoy growing our own cucumbers and pickling them ourselves, both for the control of the process and the sense of accomplishment.

From a single experimental vine last year in one of my raised beds, I grew enough cucumbers to eat fresh in salads and to fill one pickle jar.

Combined with homegrown dill, coriander and garlic, the pickles were so popular in our household that the jar only lasted a week.

This year, I built an arched trellis between two beds and planted four vines each of two different cucumber varieties. The one I’m most hopeful for, the Boston Pickling Cucumber, is designed for smaller cukes that maintain their crispness.

So far, I’ve had a ton of blossoms and some fruit from vines that I’ve snaked about five feet up.

Some of the cucumbers are nearing the size I’d like for harvest, and I’m drooling in anticipation.

I’m planning for some more dill pickles, but I’d love to try out sweet and spicy variations, too.

Do you have a favorite pickle recipe you’d like to share? Send it to me at nbaker@johnsoncitypress.com.