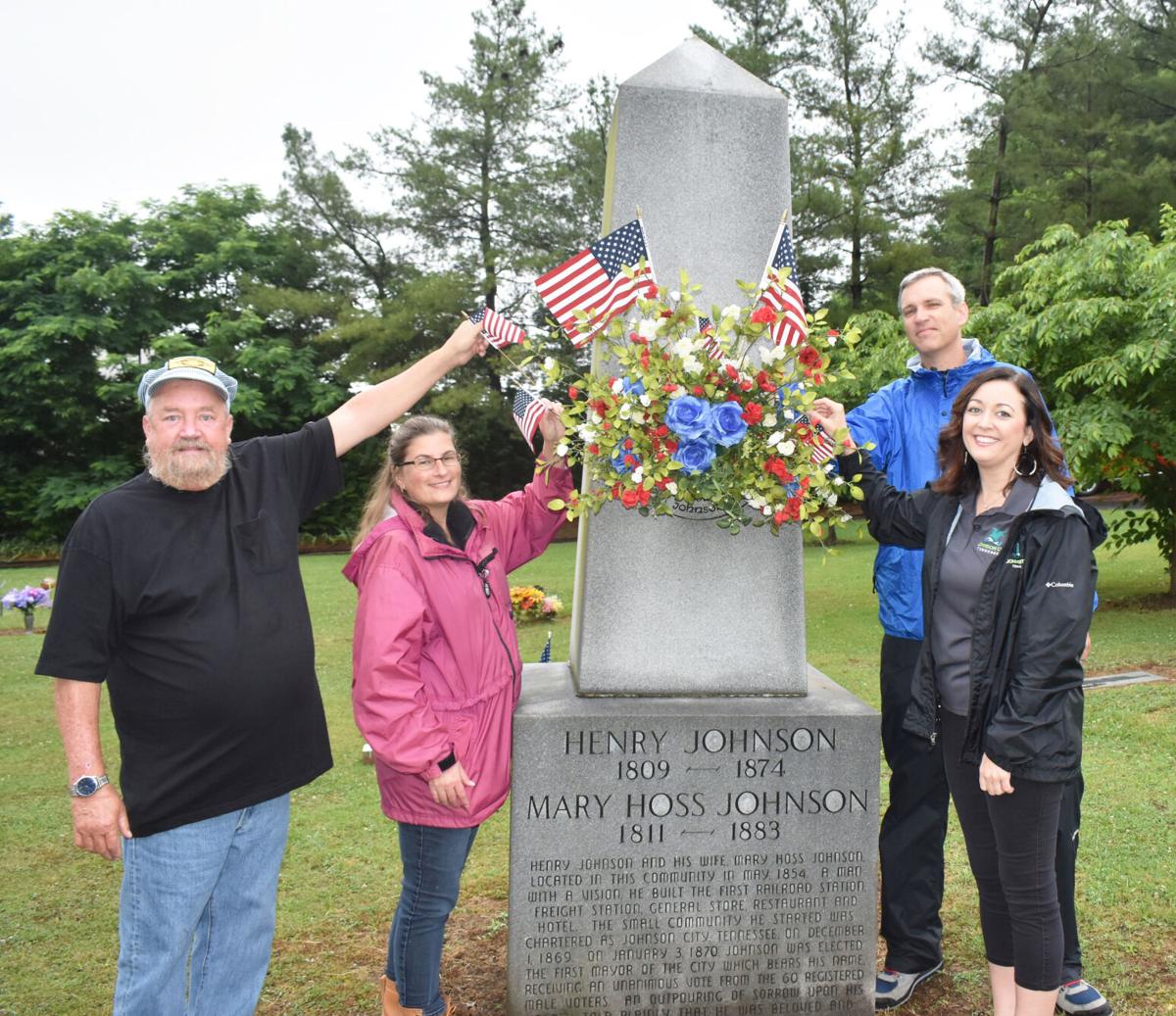 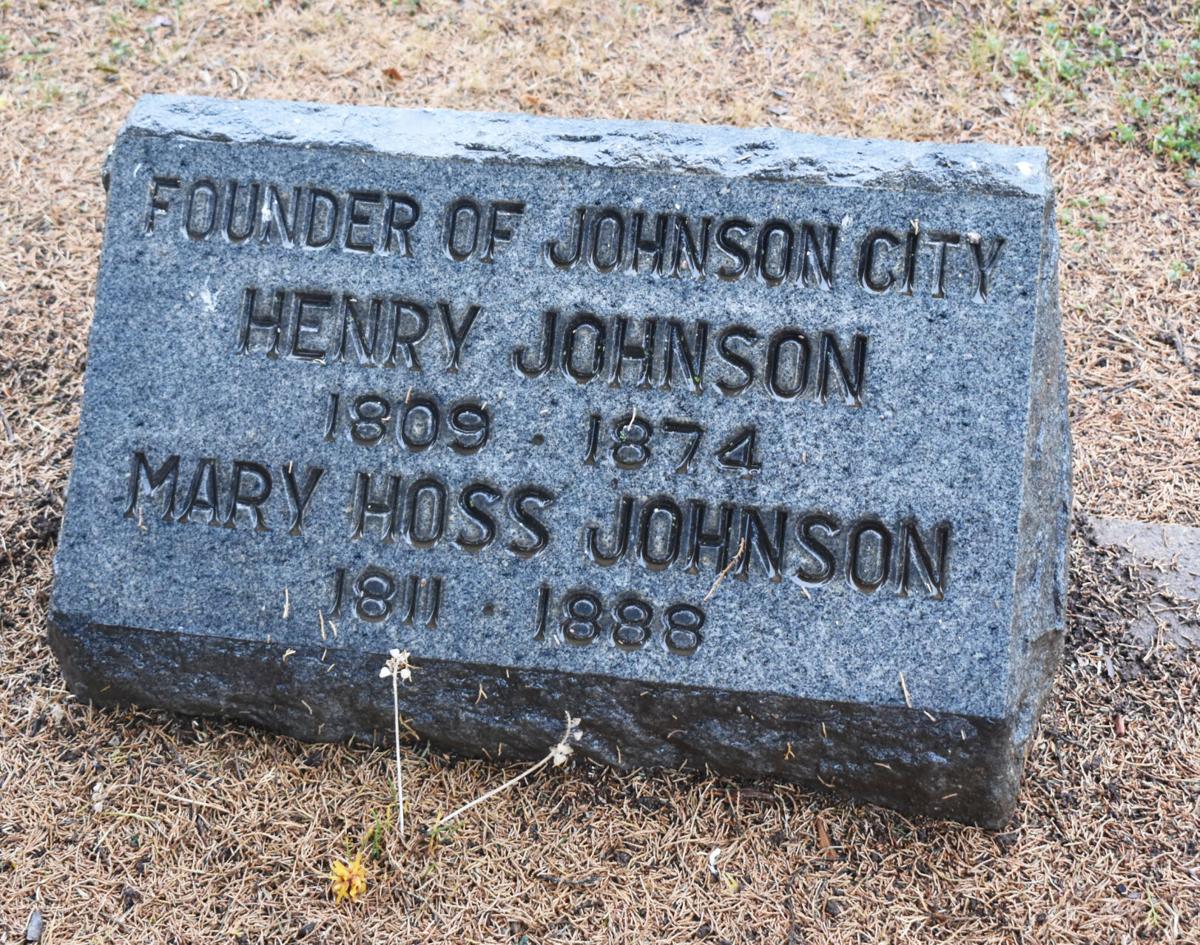 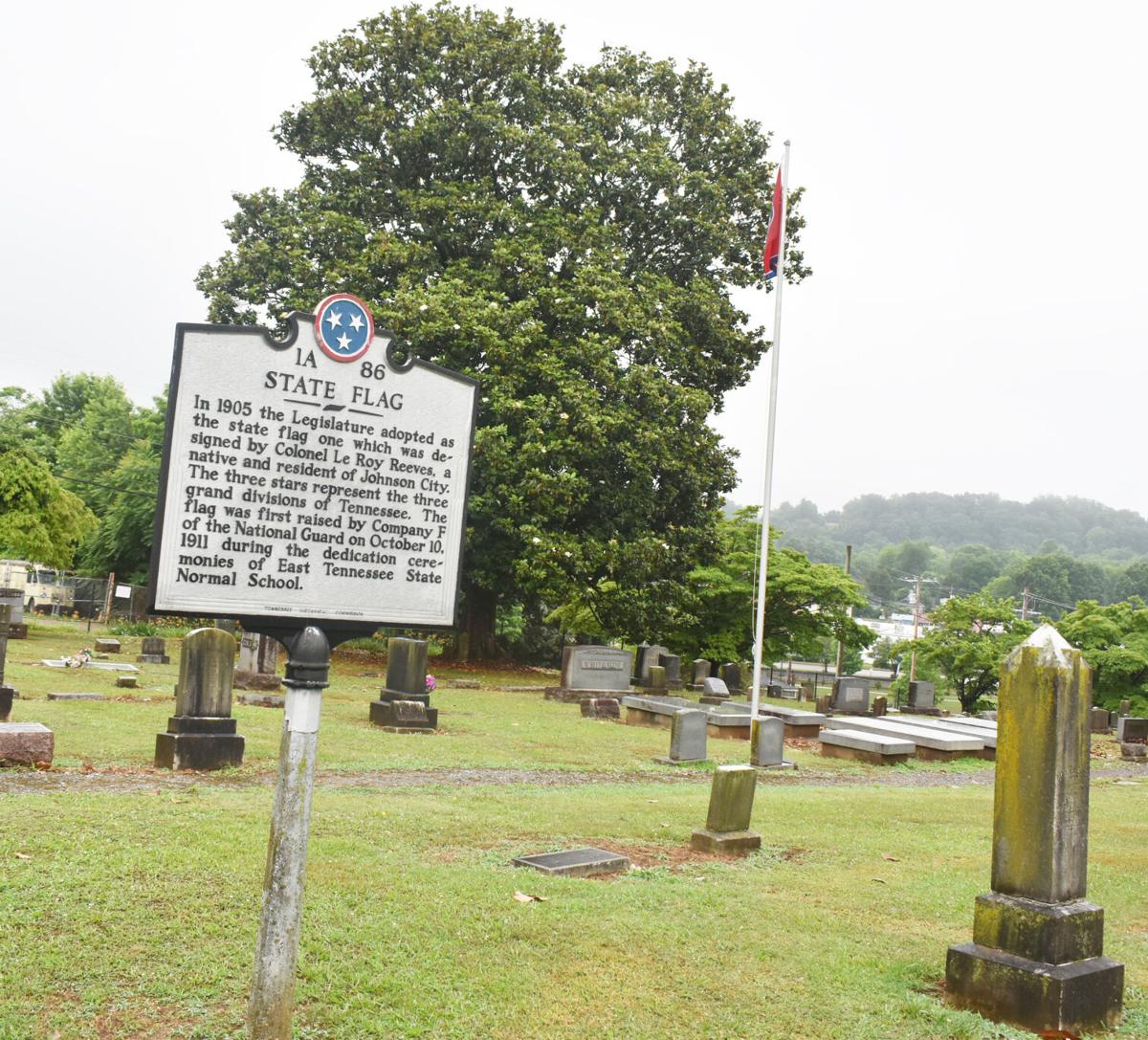 Col. LeRoy Reeves, the designer of the Tennessee state flag, is also buried in the Oak Hill Cemetery. A state historical marker and a flag pole flying the state fag is located near his grave. 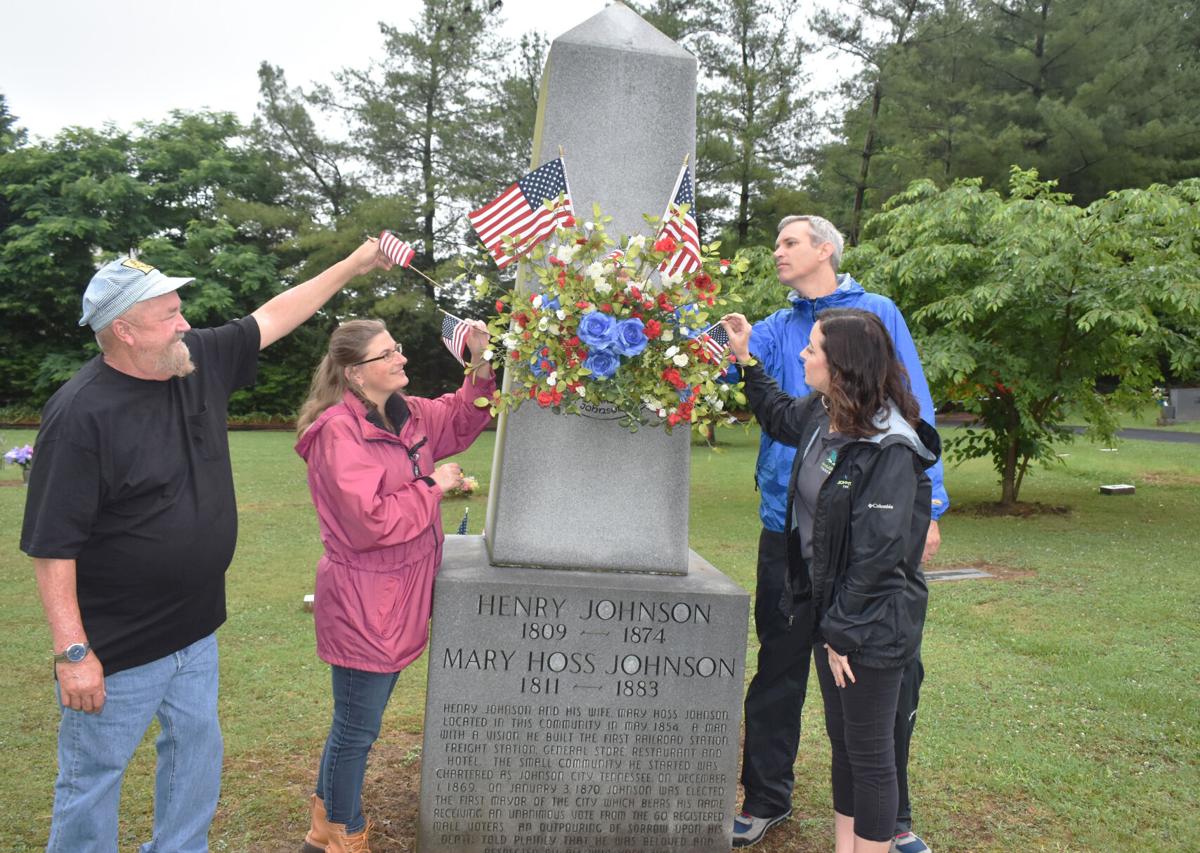 Col. LeRoy Reeves, the designer of the Tennessee state flag, is also buried in the Oak Hill Cemetery. A state historical marker and a flag pole flying the state fag is located near his grave.

Timothy McKinney, the owner of Oak Hill, said decorating the memorial to Henry Johnson, who is buried along with his wife, Mary, at the site, is part of the historic cemetery’s annual Decoration Day. Descendants are urged to visit the cemetery on Saturday to place flowers on the graves of their ancestors.

The birth of the city: Johnson, the city’s namesake, bought a half-acre piece of land in 1856 for $50 dollars and built a small residence that also served as a store. This would become what is known as “Johnson’s Depot.”

That parcel was located on what would today be Market Street near the intersection at Fountain Square.

Johnson was also elected the city’s first mayor in 1870 after receiving 60 votes.

A place of history: Established in 1870, Oak Hill is one of the oldest cemeteries in Johnson City. It is located on a 7.2-acre site bounded by Lamont, Boone, Wilson and Whitney streets.

The cemetery has the graves of many prominent residents in Johnson City’s history. It also overlooks the city’s aptly named Founders Park.

A final resting place: In addition to Henry Johnson, Tennessee National Guard Col. LeRoy Reeves, the designer of the Tennessee state flag, is buried in Oak Hill, as is Sam R. Sells, who served as 1st District congressman from 1911-1922, and May Ross McDowell, the first woman to serve as Johnson City’s mayor.