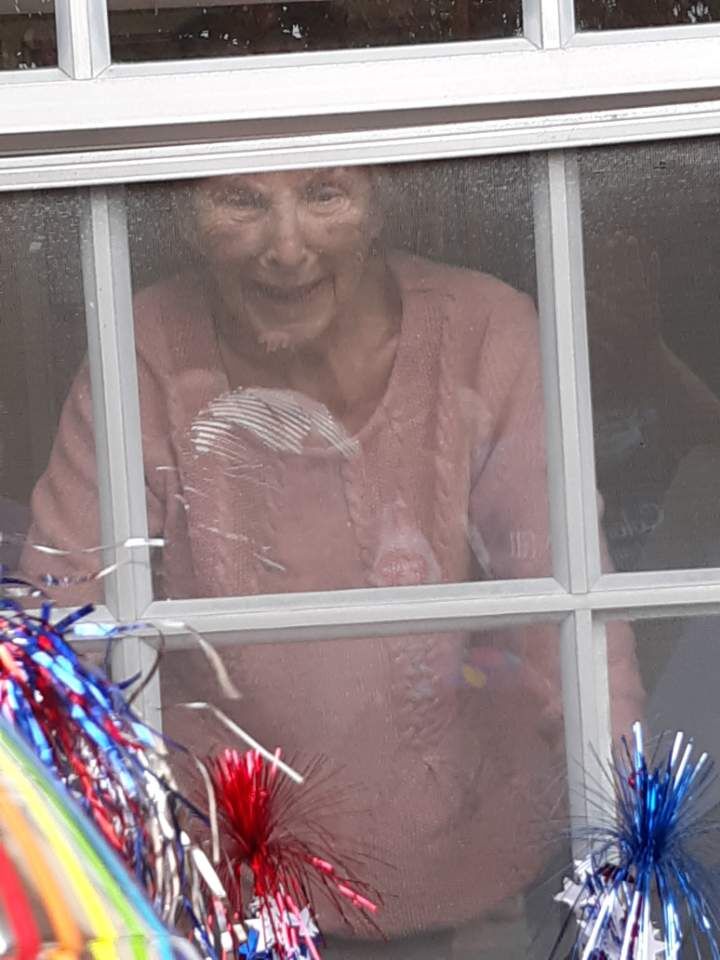 Jean Nilsen waves through her window at NHC HealthCare in Johnson City. Jean turned 100 on Oct. 9. 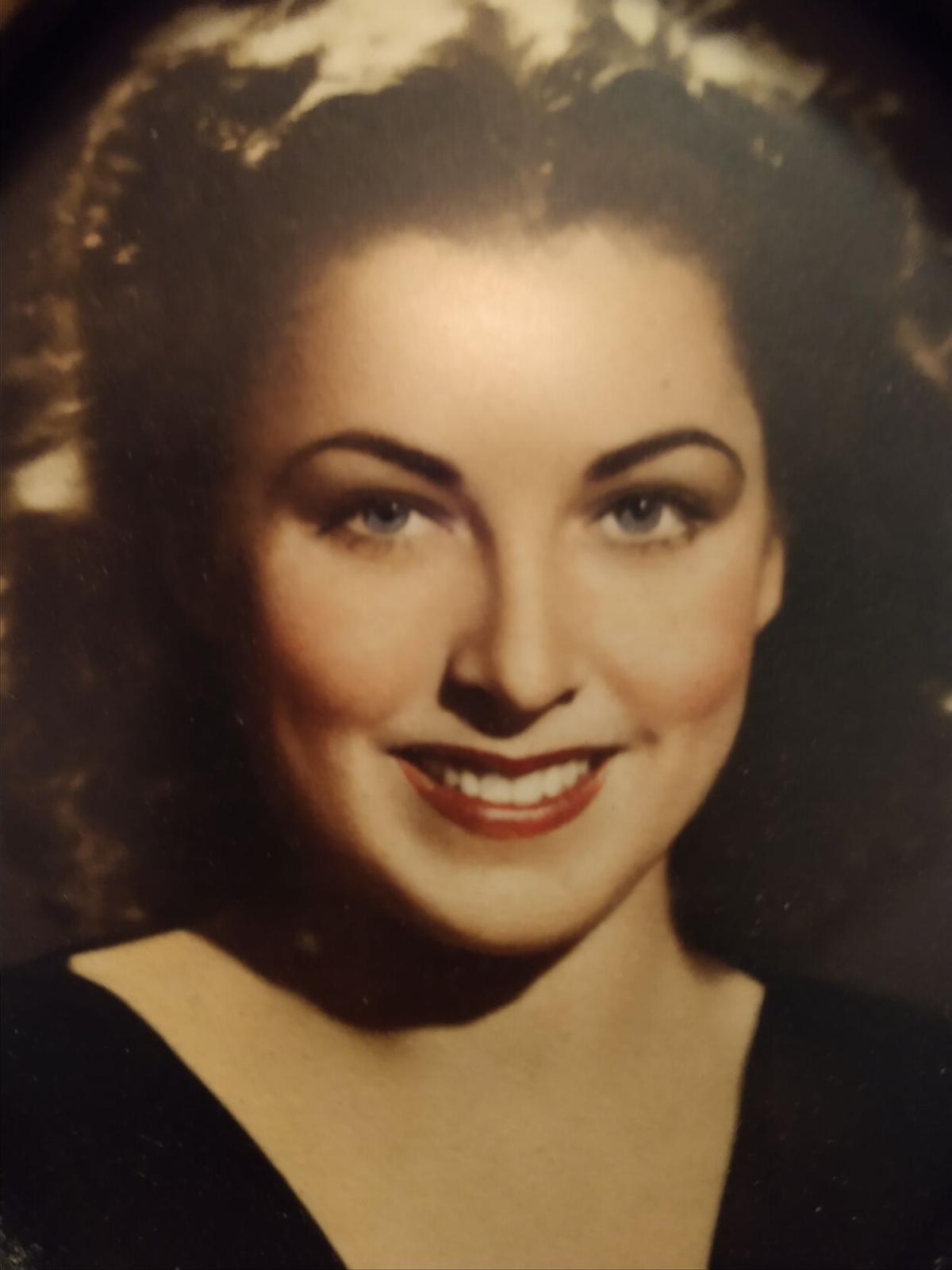 An earlier photo of Jean Nilsen, who turned 100 last week. 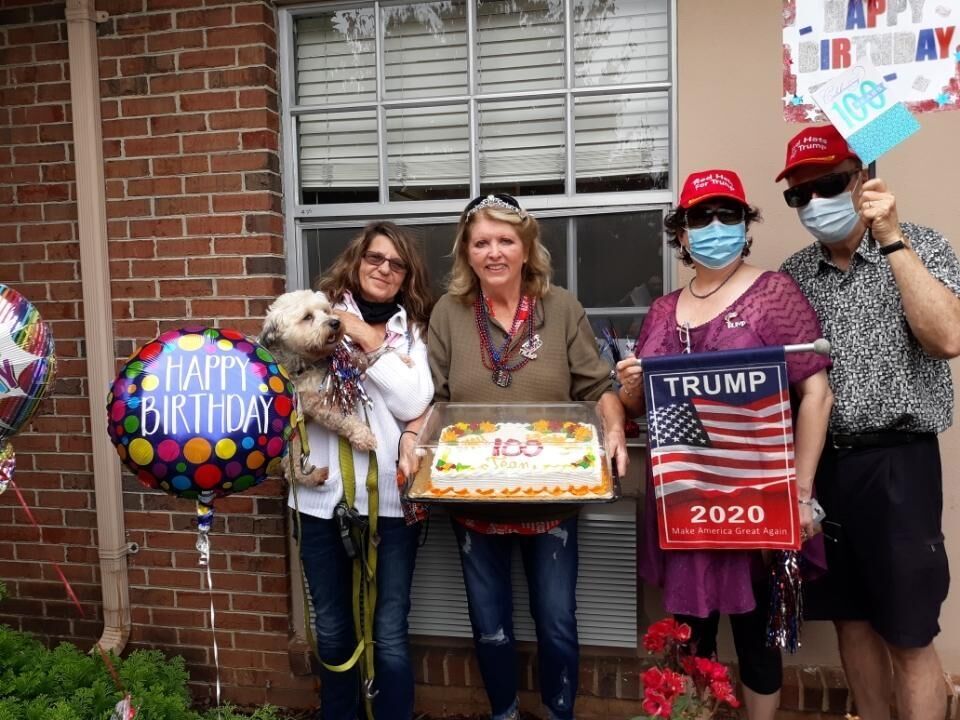 Friends and family members celebrated with 100-year-old Jean Nilsen Oct. 9 outside her isolation room at NHC HealthCare in Johnson City.

Jean Nilsen waves through her window at NHC HealthCare in Johnson City. Jean turned 100 on Oct. 9.

An earlier photo of Jean Nilsen, who turned 100 last week.

Friends and family members celebrated with 100-year-old Jean Nilsen Oct. 9 outside her isolation room at NHC HealthCare in Johnson City.

Though recuperating from a broken hip, a COVID-19 infection and the death of her husband five days before, tough Michigander Jean Nilsen smiled and waved through the window of her isolation room at NHC HealthCare in Johnson City on Oct. 9.

Jean and her friends and family outside weren’t going to let anything stop them from celebrating her 100th birthday.

Jean, the daughter of a Michigan state senator, was a lifelong educator, and came to Johnson City to teach at North Side Elementary. She had three daughters with her first husband, Col. Charles Rigaud.

One of those daughters, Michele Rigaud Taylor from Banner Elk, North Carolina, said her mother has lived a miraculous life.

“She’s a real character and she’s got a good sense of humor,” Michele said Wednesday after the party for her mother’s 100th year. “I think that contributes to her good health. They say laughter is the best medicine.”

Lately though, Jean hasn’t had much to laugh about. A month ago, in separate incidents, she and her second husband George, a retired English professor at East Tennessee State University, fell and broke their hips.

The injuries landed them in the Johnson City Medical Center, then rehabilitation at NHC HealthCare, which is conveniently near their home at Colonial Hill Retirement Center.

While in rehab, they both caught the novel coronavirus, which is especially hard on the elderly. Jean weathered the illness, but George didn’t. He died on Oct. 4.

“We felt like we needed to do something for her,” Michele said. “I’m sure it’s pretty depressing being held in isolation.”

Michele bought a sheet cake — the baker said it was the first she’d done for a 100th birthday — and invited some friends to a celebration outside her mother’s window.

They waved at Jean and showed her the cake, and then, some of Jean’s neighbors and friends from Colonial Hill rounded the corner to surprise her with happy birthday and get well posters.

Michele said the short party brightened her mother’s day. Jean should be able to leave rehab either this week or next and go back to her own home.

“She can’t hardly wait to get out of there, and I can’t wait either,” Michele said. “She’s my mother, but she’s my best friend, too.”