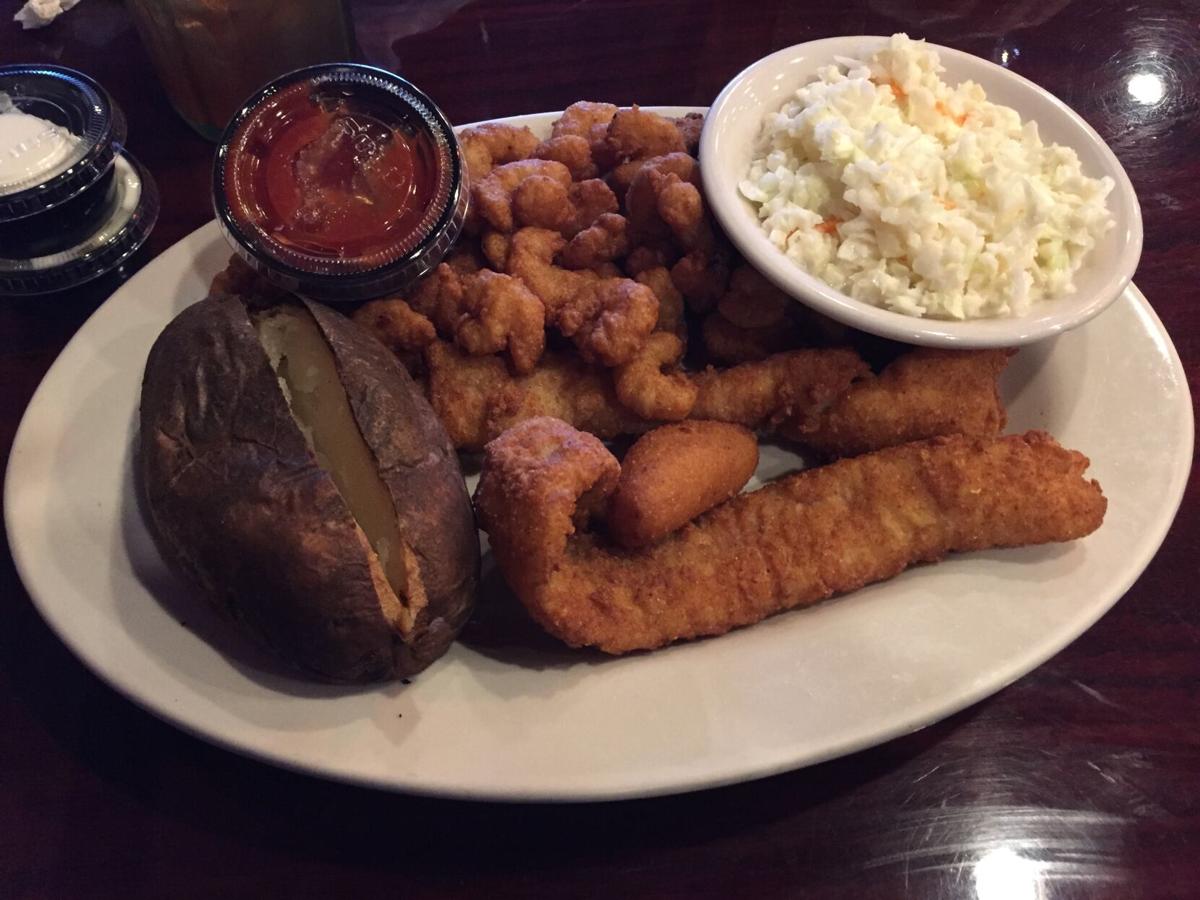 Zachary’s whitefish and popcorn shrimp with baked potato and coleslaw 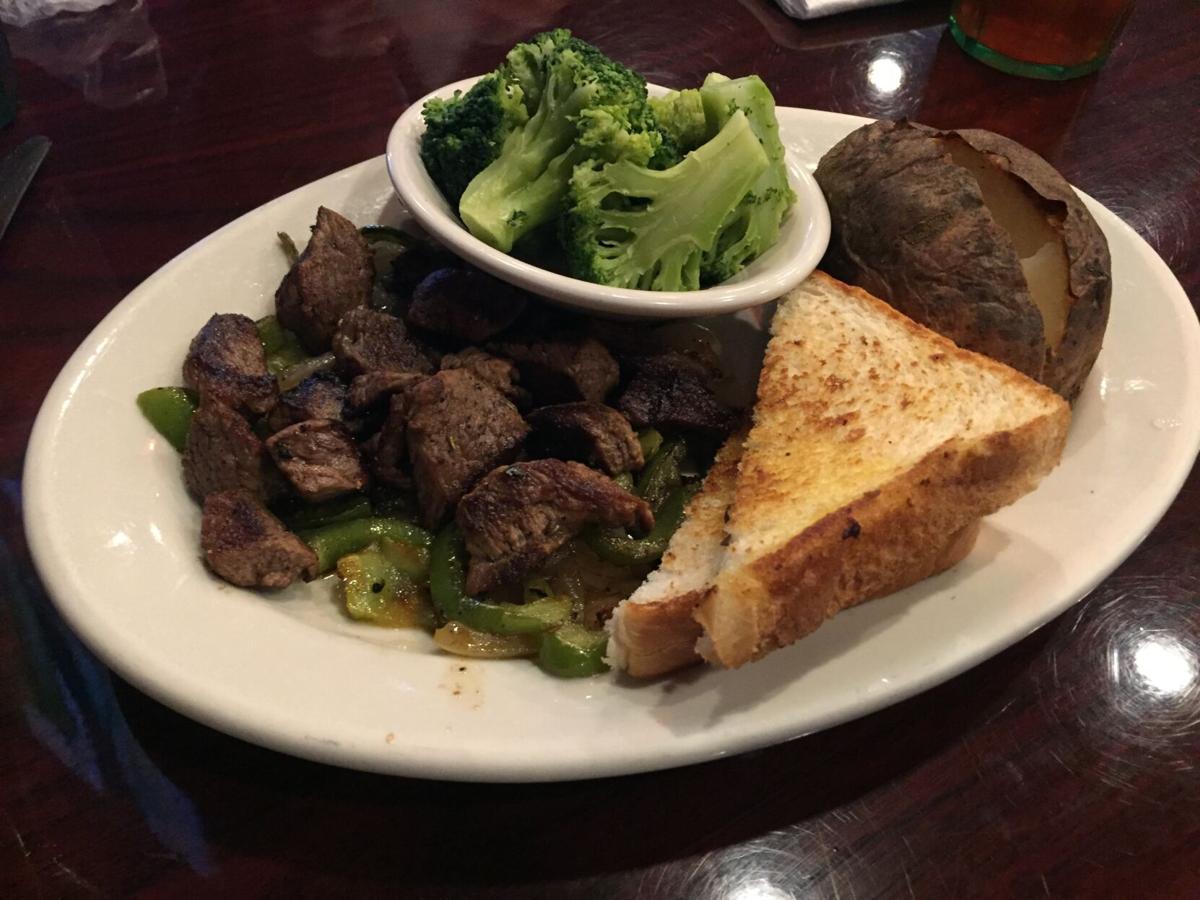 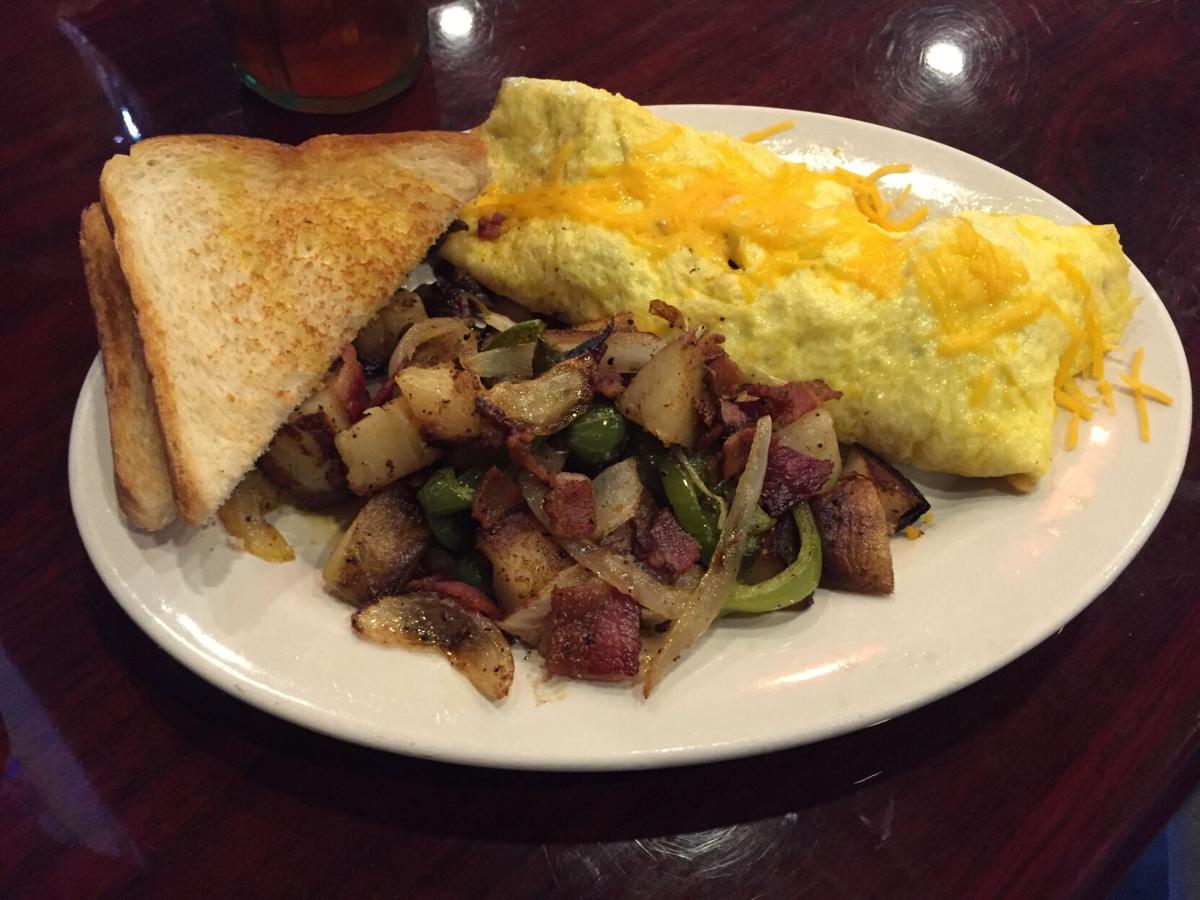 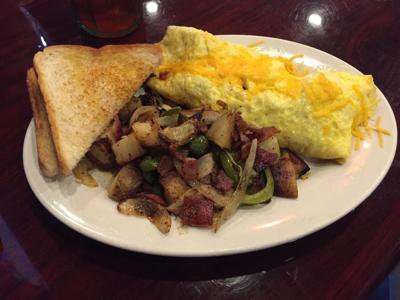 Zachary’s whitefish and popcorn shrimp with baked potato and coleslaw

The Retiree and my dining partner had spent the better part of a Saturday afternoon on a Zoom call with some of their friends, reaching the point where they were completely “Zoomed” out. Zooming always makes the Retiree and my dining partner hungry, so we decided to take a drive over to Colonial Heights for an early supper at Zachary’s Steak House.

Zachary’s Steak House is located on Fort Henry Drive in the Colonial Heights Shopping Center tucked in between Colonial Heights Pharmacy and Colonial Heights Hardware. Stepping through the front door finds you in the cashier and takeout section of the restaurant. The cuisine is good ol’ steak house American, with seafood and salads elbowing for menu space among the steaks, chops and burgers.

Zachary’s dining area can accommodate 50 or so patrons, with restrooms nearby but out of sight.

The dining area also features a sizable flat screen television that during our visit was showing 1930’s-era cartoons from Max and Dave Fleischer’s studio.

“Hmph. Just like home,” said my dining partner, who’s no fan of either Max or Dave.

Starting off, the Retiree took a page from our friend the Carnivore’s “Caveman Diet Plan,” and informed our server Darlene that her choice was Zachary’s sirloin tips platter ($13.99), broiled medium well, garnished with grilled peppers and onions. She also added two side orders to her meal; a baked potato and a bowl of steamed broccoli. Our traveling friend found the sirloin tips to be grilled to perfection, its accompanying grill-up of green bell peppers and pungent white onion slices adding the right level of savor to the dish. Her baked potato, though slightly underdone, was nevertheless tasty, while her broccoli florets had received just the right amount of steaming to cook them correctly, with no evidence of overcooking at all.

My dining partner wanted seafood, ordering the whitefish and popcorn shrimp combination platter ($11.99), adding a baked potato and some of Zachary’s coleslaw as her two side orders. The platter Darlene brought to the table had two large pieces of fried Alaskan whitefish along with a double serving of crispy-fried popcorn shrimp. My partner’s whitefish was crunchy outside, steamy hot and flaky on the inside. The popcorn shrimp emulated their namesake, and disappeared in short order; a squeeze of lemon was there to see them on their way. Her baked potato was cooked through and butter-melting hot, while the coleslaw was cold and crunchy, with tart and creamy coleslaw dressing correctly folded in.

I wanted something light for my supper, and decided to take Zachary’s up on their menu’s declaration of “Zachary’s Breakfast Anytime,” choosing Zack’s Steak Omelet ($9.99) a three-egg delight filled with slices of deliciously seasoned sirloin steak and nutty-flavored cheddar cheese. Not wanting my omelet to be lonely on its plate, I added an a la carte order of Zachary’s home fries ($2.49). Zachary’s kitchen grills the peppers and onions (previously mentioned here garnishing the Retiree’s sirloin tips), adding coarsely-chopped fried potatoes and crumbled bits of lean smoked bacon to the mix. A big slice of grilled Texas Toast cut on the bias rounded out the plate and an evening’s breakfast so tasty that it needed no additional seasoning at all; salt, pepper, ketchup, grape jelly, hot sauce, nothing else was needed.

The Retiree’s sirloin tips were everything she expected them to be, while my dining partner thoroughly enjoyed her whitefish and popcorn shrimp, and Zachary’s version of steak and eggs was light, savory and my perfect choice from Zachary’s Breakfast Anytime menu.

Our server Darlene was friendly, knowledgeable and thoroughly professional without being too obtrusive.

From 11 a.m. to 3 p.m., Zachary’s has a separate lunch menu featuring daily specials through the week, priced from $7.99, and also a panoply of lunch salads priced from $7.49. Their line of hamburgers and cheeseburgers include the Spicy Zach Burger loaded with spicy pepper jack cheese and jalapeños, and the OBS Burger, topped with onions, bacon and Swiss cheese.

There is nothing to compare to a meal from a real American “steak house,” and Zachary’s in Kingsport’s Colonial Heights is fully deserving of that appellation on their business.

So, if you want some American cooking from an American steak house, you can’t do better than Zachary’s Steak House.