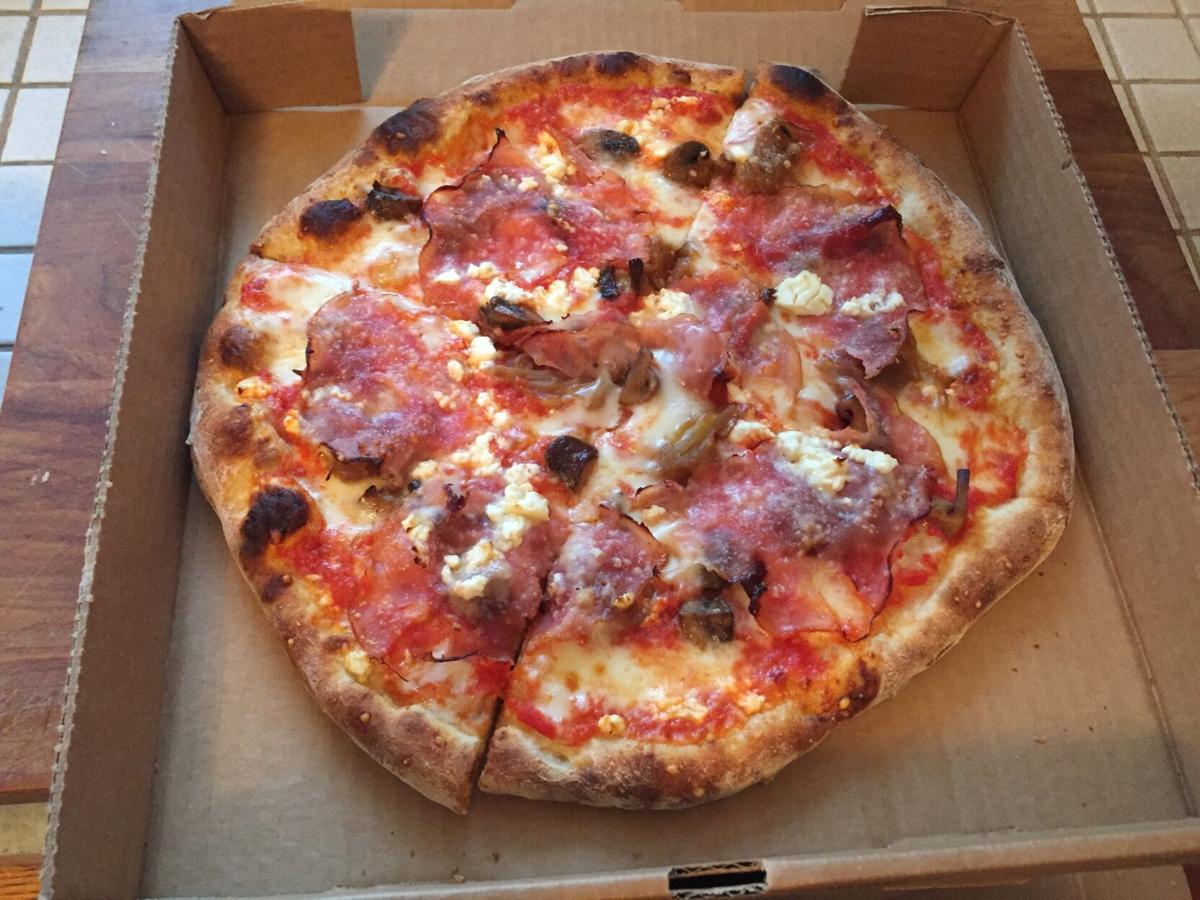 It took about 20 minutes for Tom Chanel to create my custom ham and mushroom medley pizza, but it was really worth it. 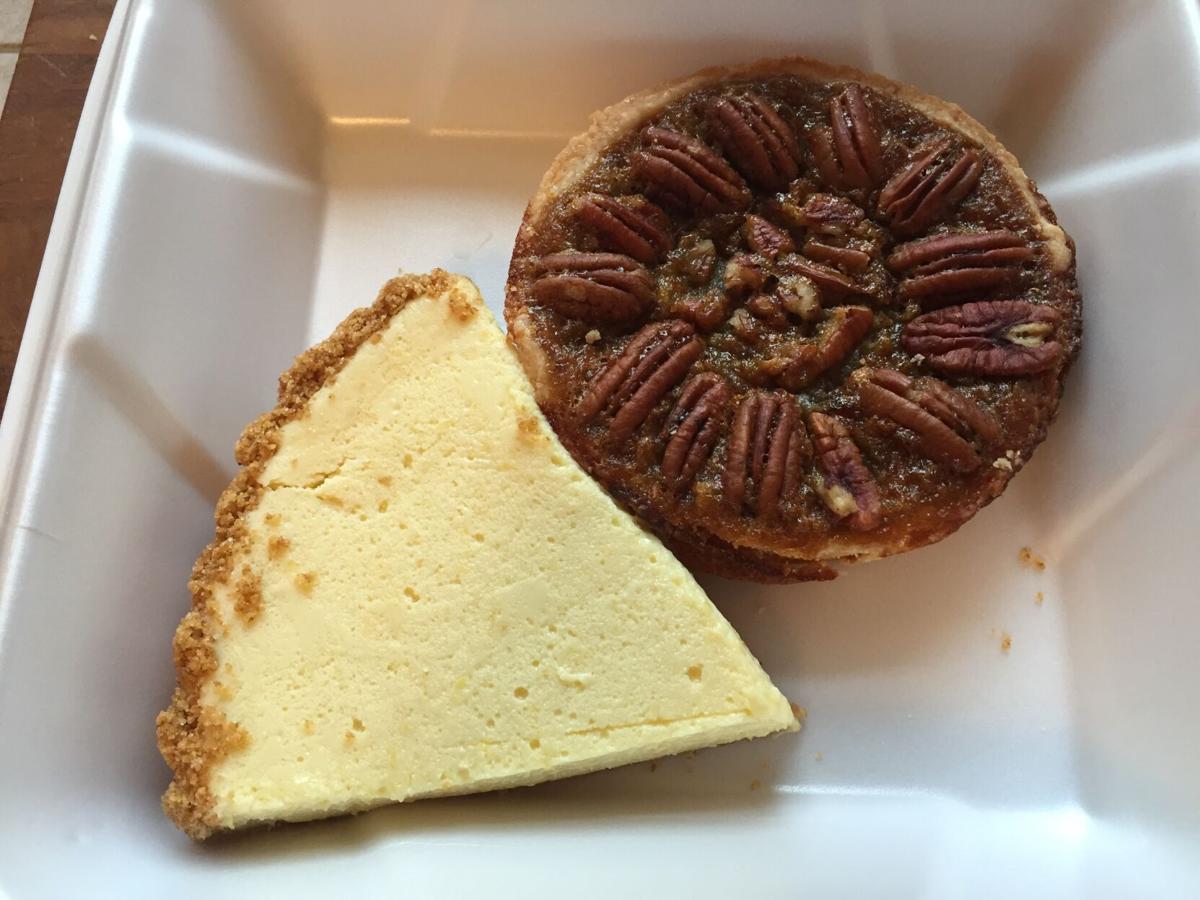 The pecan tart was positively scrumptious and a great way to end our meal from Everyone’s Pizza.

It took about 20 minutes for Tom Chanel to create my custom ham and mushroom medley pizza, but it was really worth it.

The pecan tart was positively scrumptious and a great way to end our meal from Everyone’s Pizza.

I never knew getting out of the house would be an unlooked-for treat now that the “Interesting Times” are on the wane.

My dining partner and I are now making frequent weekly travels to various destinations in the Tri-Cities. Watching the world go by as we whiz past it at 60 miles an hour is a renewing experience, and also enables us to note changes in the landscape since last we were there, way back in January 2020.

One such change is a new artisan pizzeria that has sprouted beside Johnson City’s Elm Street.

In business for just six weeks, Everyone’s Pizza is the creation of owner Tom Schnell, who figures that if everyone tries his stone-fired artisan pizza, said pies will truly be Everyone’s Pizza.

At first glance you might think that the location Schnell picked to set up shop appears to be out of the way, until you see that his Elm Street storefront is positioned between Watauga and Myrtle Avenues, a one-way block each from both the east and west off-ramps of I-26’s Exit 22. The restaurant’s storefront signage can be easily seen from I-26; and is as good as a billboard for advertising the pizzeria’s location. There is plenty of space for customer parking outside, and seating for about 40 or so hungry patrons inside. Restrooms are clean and easily accessible.

First on the list is The Classic (11-inch is $13, and 16-inch, $22) made from Spanish white anchovies and fines herbes (parsley, chives and tarragon, apparently) on an in-house pizza dough, red sauce-laden, baked in a stone oven until crunchy good. This is the first time I’ve seen anchovies — Spanish white or otherwise — as the prime ingredient on a pizza since I moved here way back when. The other seven offerings range in complexity and price from $13 and $22 to $14 and $25. You can also go the Do-It-Yourself route and custom-build your own pizza, which is what I did. Beginning with an 11-inch cheese pizza crust with red sauce ($11) I added ham ($1.50), caramelized onions ($1), feta cheese crumbles ($1.25) and the house’s Mushroom Medley, a mix of button, oyster and shiitake mushrooms ($2) for a total cost of $16.75. It took about 20 minutes for Tom Schnell to create my custom ham and mushroom medley pizza, but it was really worth it. My dining partner and I found our custom D-I-Y pizza crust was crispy and crunchy on the outside, while still being pillow-soft and steamy on the inside. The pizza’s mild smokiness of the ham was balanced by the pungency of caramelized onions combined with subtle saltiness found in the feta cheese. All of these elements were, as my dining partner remarked, “overarched with this intriguing whiff from the forest floor provided by the mushroom medley,” and we found it to be very nice indeed.

As stated earlier, Everyone’s Pizza does pizza and dessert. Their desserts come in three forms: Grandma’s Carrot Cake ($6.75 a slice), Pepsi Cola’s New York-Style Cheesecake (also $6.75) and a rotating series of tarts at $6.50 each. Seeing that Everyone’s Pizza was offering both a pecan tart and a lemon tart that day, I ordered one each as a finisher to our custom pizza. The lemon tart was a slice from a much larger lemon tart but was quite good all the same. The pecan tart: ah, now. The pecan tart was the size of a mayonnaise jar lid and had thirteen pecan nut halves arranged like a clock face around the filling of chess-pie custard, poured into the tart’s flaky crust. Positively scrumptious and a great way to end our meal from Everyone’s Pizza.

Restaurateur Tom Schnell is to be congratulated for his business acumen. By locating Everyone’s Pizza where it is, he has found the perfect spot to fish for hungry, pizza-loving patrons.

The artisan pizzas, baked fresh from his stone oven are sure to gain Schnell and Everyone’s Pizza a steady clientele of discerning pizza-philes.

He already has two that I know of.

Will you be next?