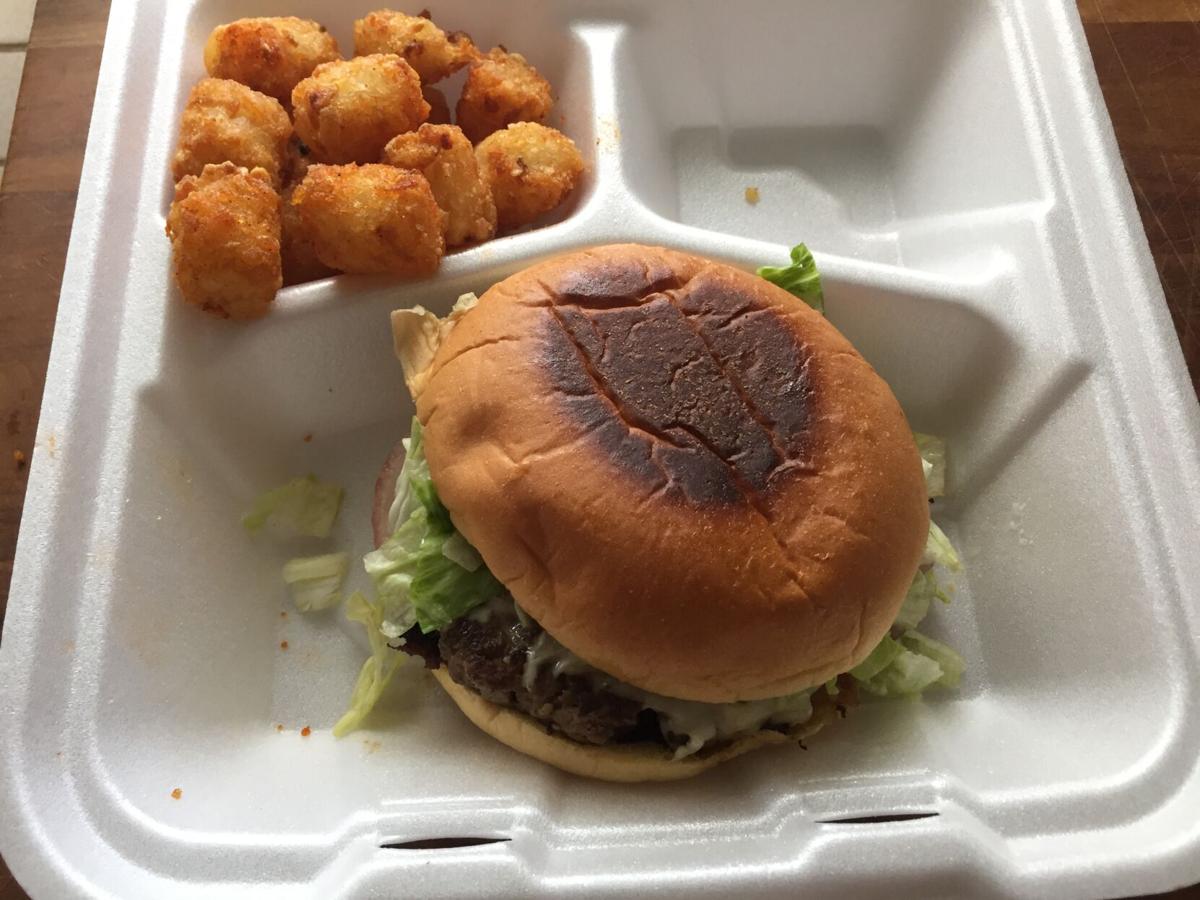 The Smash Burger’s smoky flavor of the brisket was matched perfectly by the just the right amount of its fat content to mouth-filling proportions. Even the “tater totz” were excellent. 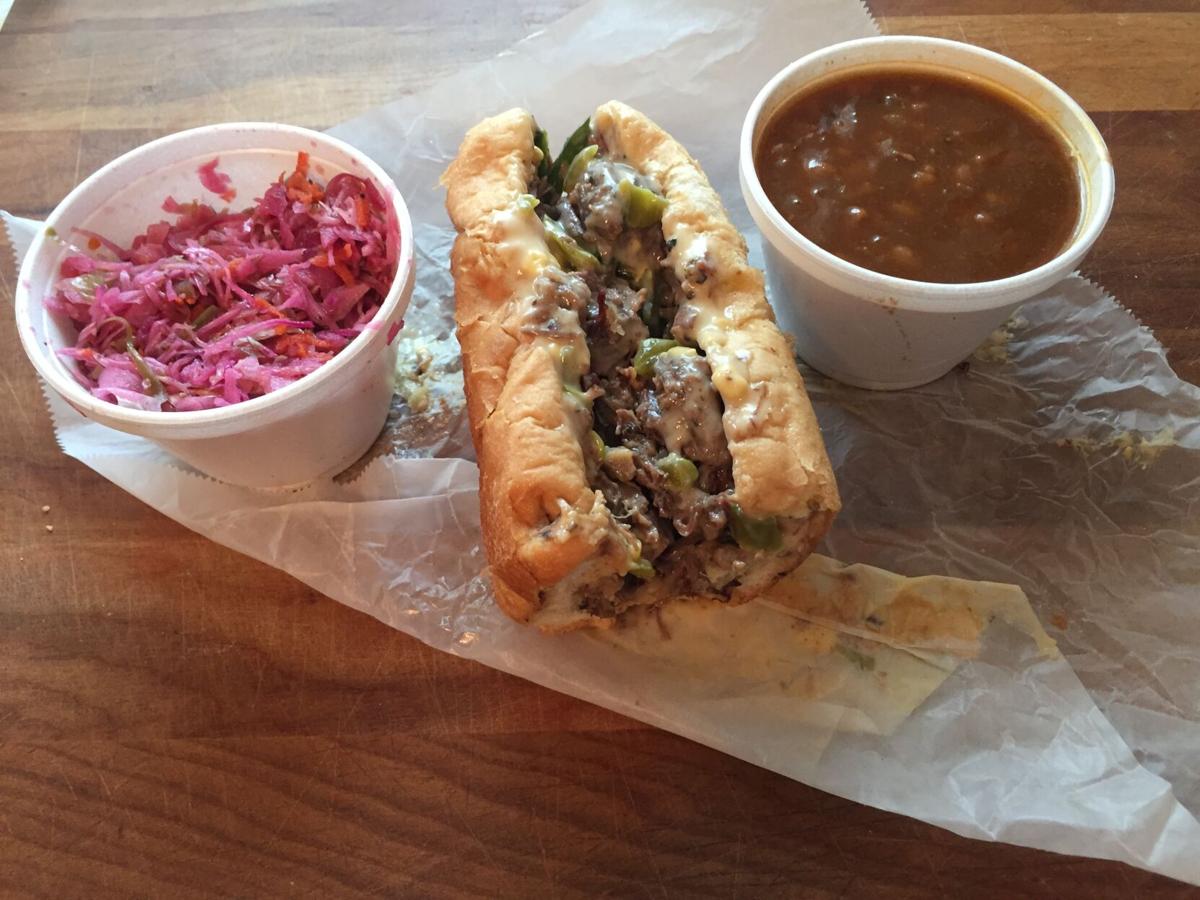 My Brisket Philly is a very successful take on the classic Philly Cheesesteak sandwich, with spicy poblano pepper strips instead of bell peppers and smoked queso cheese instead of Cheese Whiz.

The Smash Burger’s smoky flavor of the brisket was matched perfectly by the just the right amount of its fat content to mouth-filling proportions. Even the “tater totz” were excellent.

My Brisket Philly is a very successful take on the classic Philly Cheesesteak sandwich, with spicy poblano pepper strips instead of bell peppers and smoked queso cheese instead of Cheese Whiz.

I’ve always had a soft spot for food truck vendors. This comes from a guy named Pete who ran “The Dog Cart” across the street from my high school. Pete did a very good business selling Arpeako hot dogs to teenagers like me who’d smelled his business in operation from inside our classroom. Pete was my first exposure to what is required for a man to run his own business, being both entrepreneur and employee at the same time.

Johnson City has such a man as Pete named Alex Weaver. Like Davy Crockett, Weaver had “gone to Texas,” (looking for a college education instead of the Alamo,) and returned with an idea for serving Texas-style barbecue in East Tennessee.

Using a food truck to sell his barbecue was an apt one for Weaver. Like a fisherman, Weaver can go where the “fishing” is best rather than just staying in one place. He can also make sure the food truck’s menu is a constantly changing one. The food truck can set up anywhere there are hungry people nearby, its daily menu’s offerings updated hourly on the white board out front. Project BBQ’s good-sized smoker occupies a separate trailer, sending out savory smells to attract customers from far and wide. There are several of the food truck-supplied dining tables and chairs under nearby shady trees for customers’ who wish to dine al fresco.

We had just finished a quick trip to the nearby Mall at Johnson City, when my dining partner spied the white with black lettering food trailer of Project BBQ tucked into a corner of the SunTrust Bank building parking lot off Mockingbird Lane, and decided for the two of us where we were having a late lunch.

A brief scan-through of the daily special menu brought a question from her about what a Brisket Smash Burger was. The capable Steve answered my dining partner from his perch at the order window, stating that the Brisket Smash Burger was a mix of coarsely chopped smoky beef brisket together with some lean ground beef. This last made the smoked brisket more easily moldable into a patty shape while the fat content of the brisket meant that the smoky flavor permeated the whole patty.

My dining partner ordered a Project BBQ Brisket Smash Burger ($11) together with a fat handful of hash brown-style “tater totz” as her side dish. The Smash Burger was a hit with my dining partner, being very partial to the way the smoky flavor of the brisket was matched perfectly by the just the right amount of its fat content to mouth-filling proportions. Even the “tater totz” were excellent, neither too overdone and rock-like, or too underdone and a soggy mess on her plate. My dining partner gobbled them all up, leaving none at all for me to sample and comment upon.

My Brisket Philly ($9.50) is Project BBQ’s very successful take on the classic Philly Cheesesteak sandwich, with spicy poblano pepper strips instead of bell peppers and smoked queso cheese instead of the classic’s usual Cheese Whiz.

Taking a bite of their Brisket Philly had an effect that was both looked-for, yet surprising. I found the smokiness of the beef brisket excellent to start with, but it reached a higher level when combined with the smoked queso cheese. The spiciness of the poblano peppers was surprising when joined by the onions and added to the mix.

Having requested two side orders, one being sweet vinegar slaw and the other baked beans ($3 each) my meal was turning out to be quite memorable indeed. As we were finishing up, Steve suggested we split the last Blondie along with a couple of the fresh-made chocolate chip cookies, all for the low price of $5.

Too good to pass up, as it turned out: the Blondie was a bit shopworn but still had an excellent flavor, and the chocolate chip cookies were just the way my dining partner liked; soft, chocolate-y and chewy.

Being mobile means that Project BBQ food truck tends to move around a lot, so make sure you consult their Facebook page for days and hours of operation, a brief rundown of what the daily specials are and their current price listing.

Oh, and Project BBQ also does smoked pork ribs that are so out of this world they frequently run out fast.

If that doesn’t get you to take a look at the Project BBQ Facebook page, I don’t know what will.