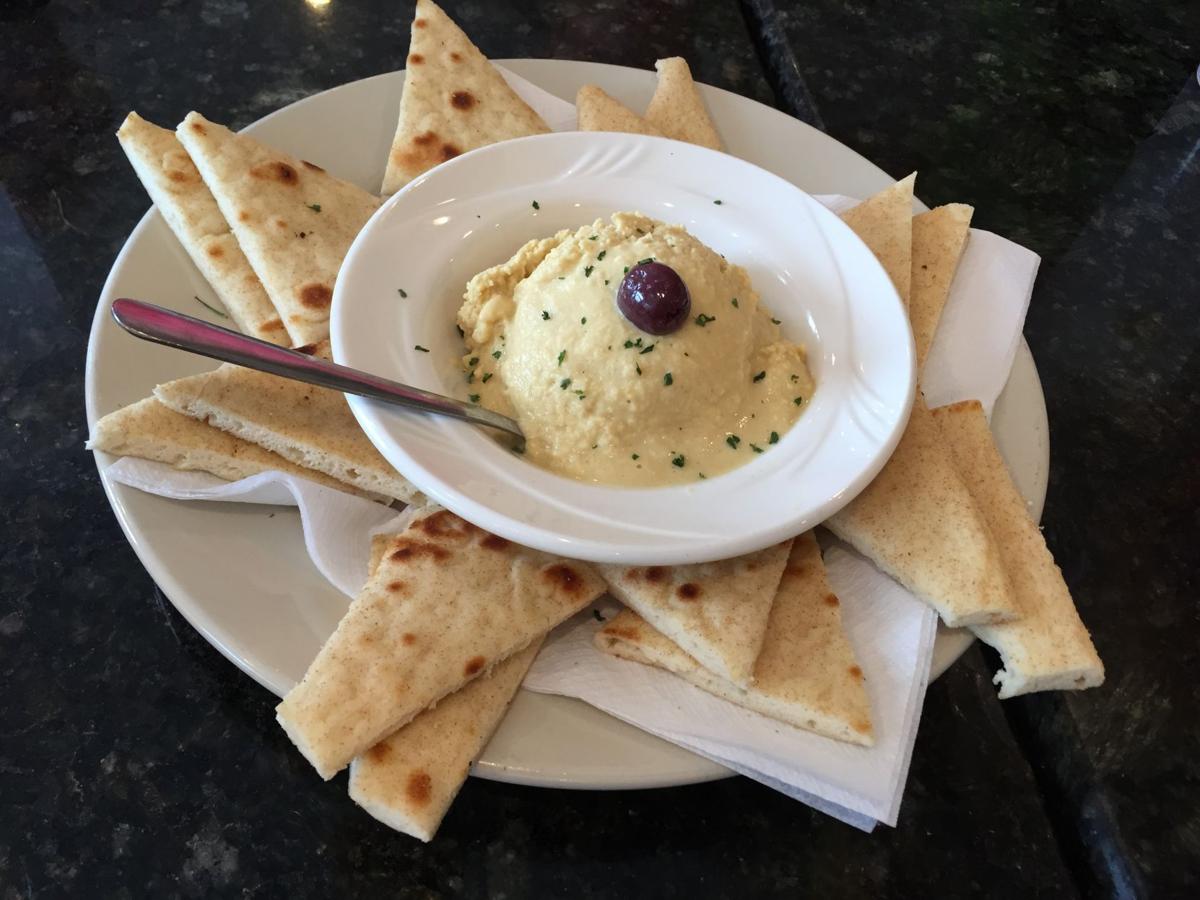 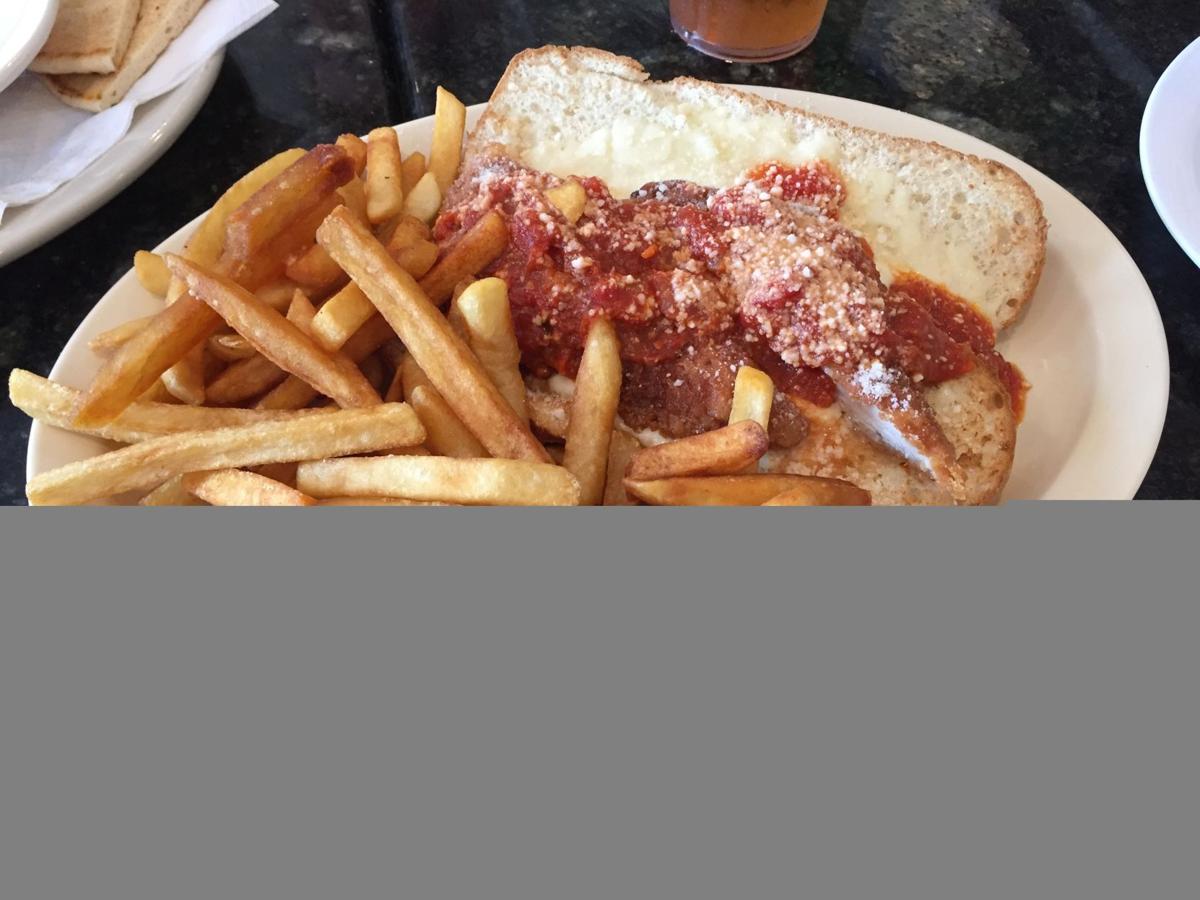 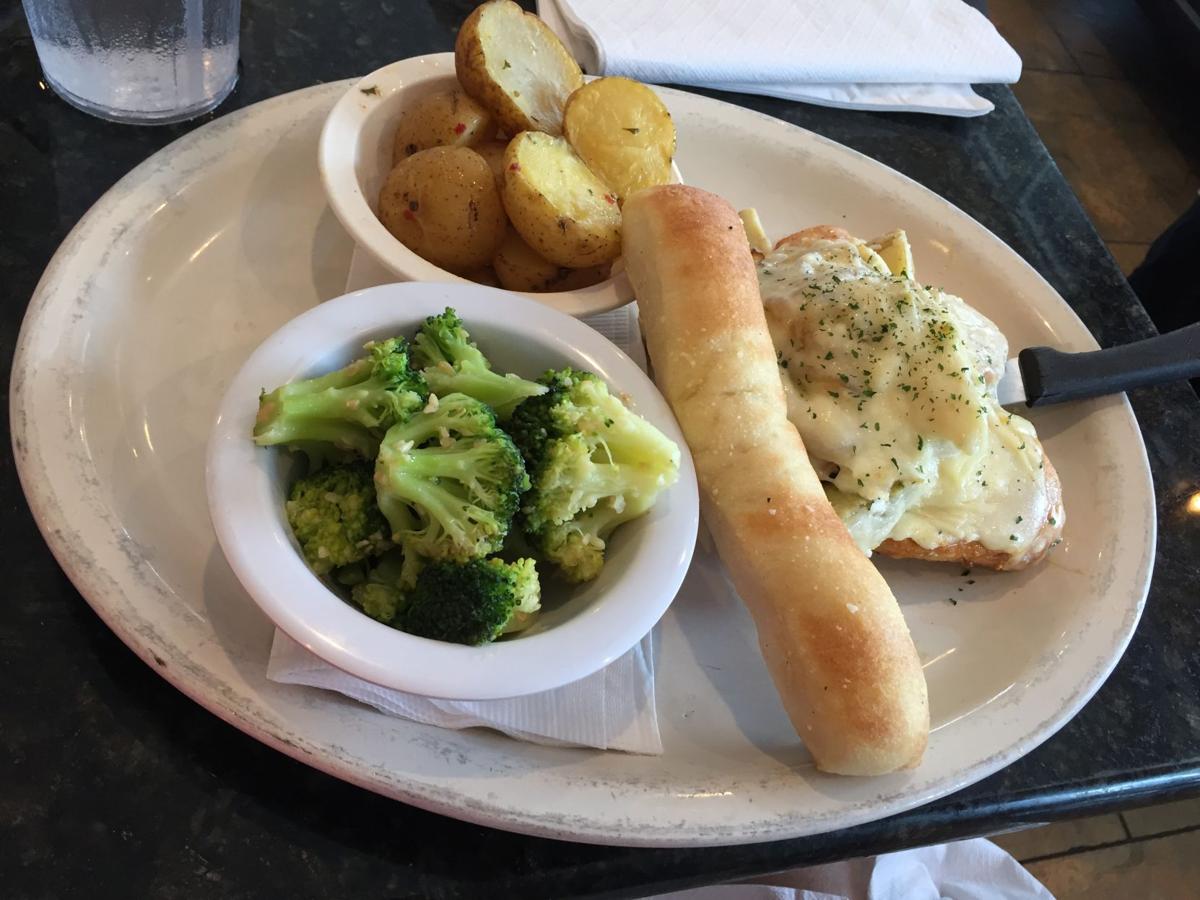 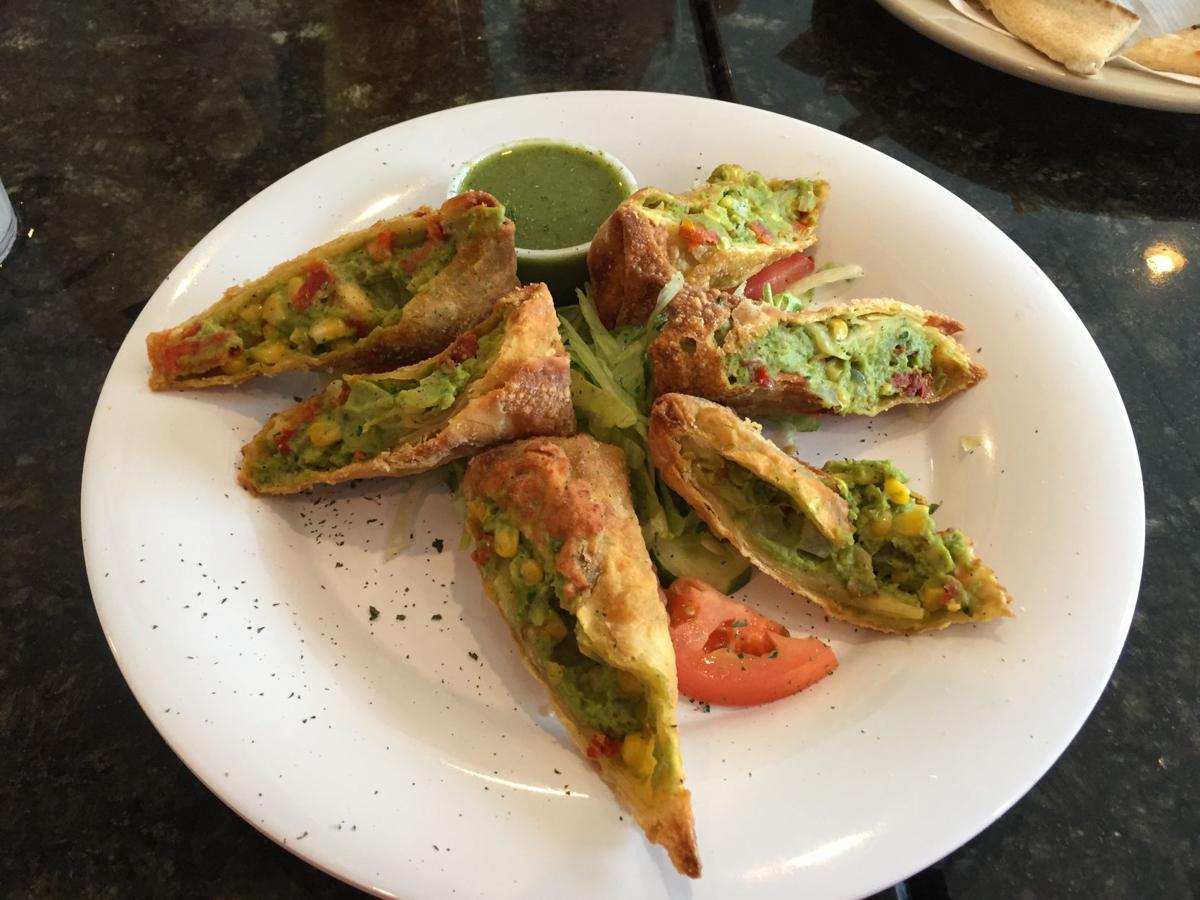 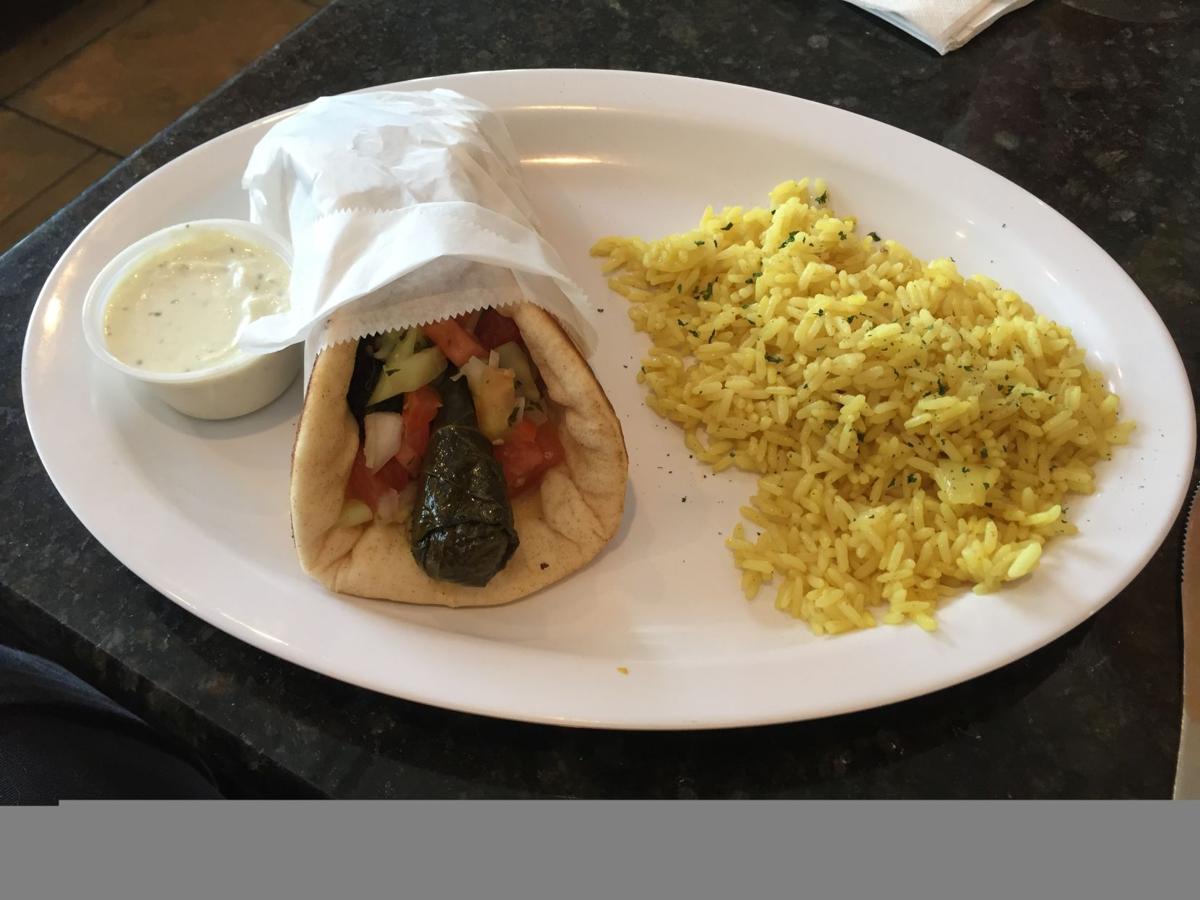 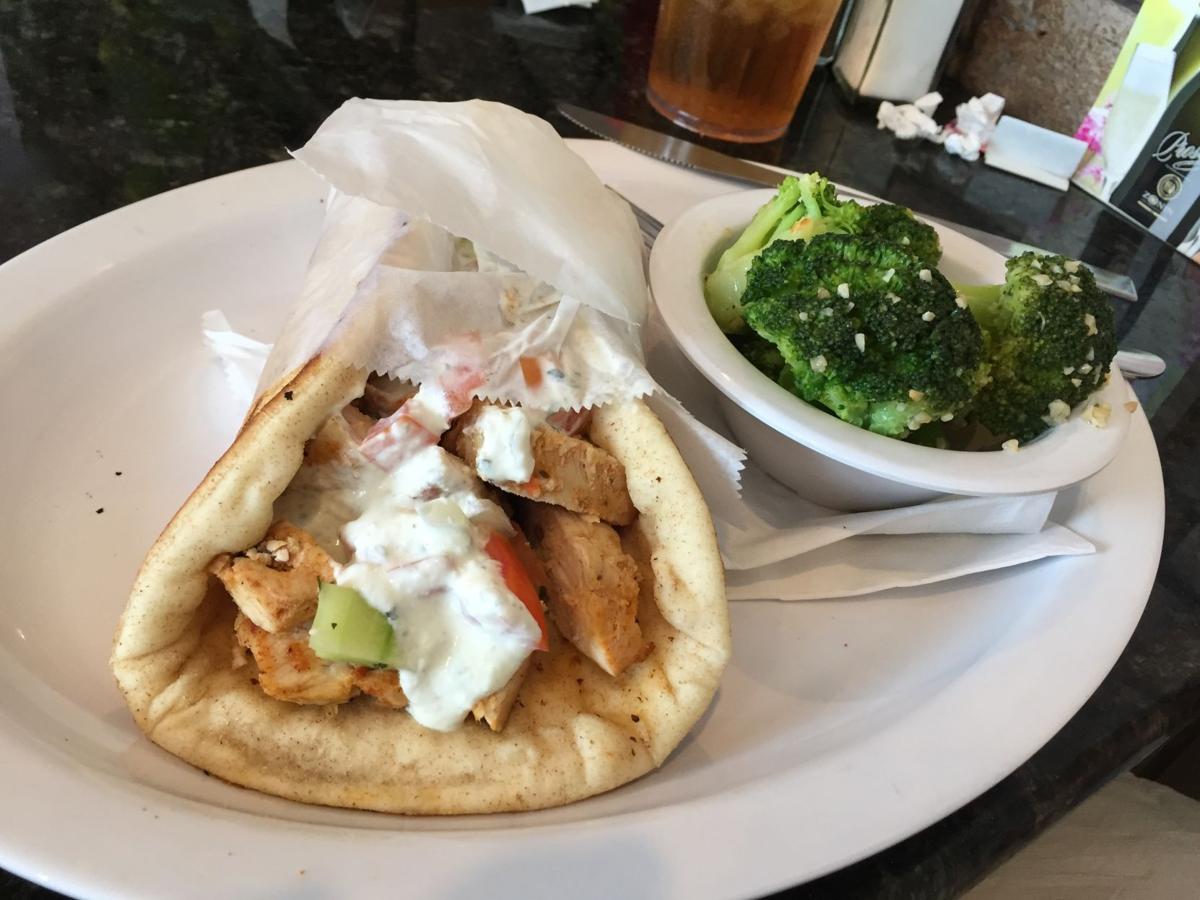 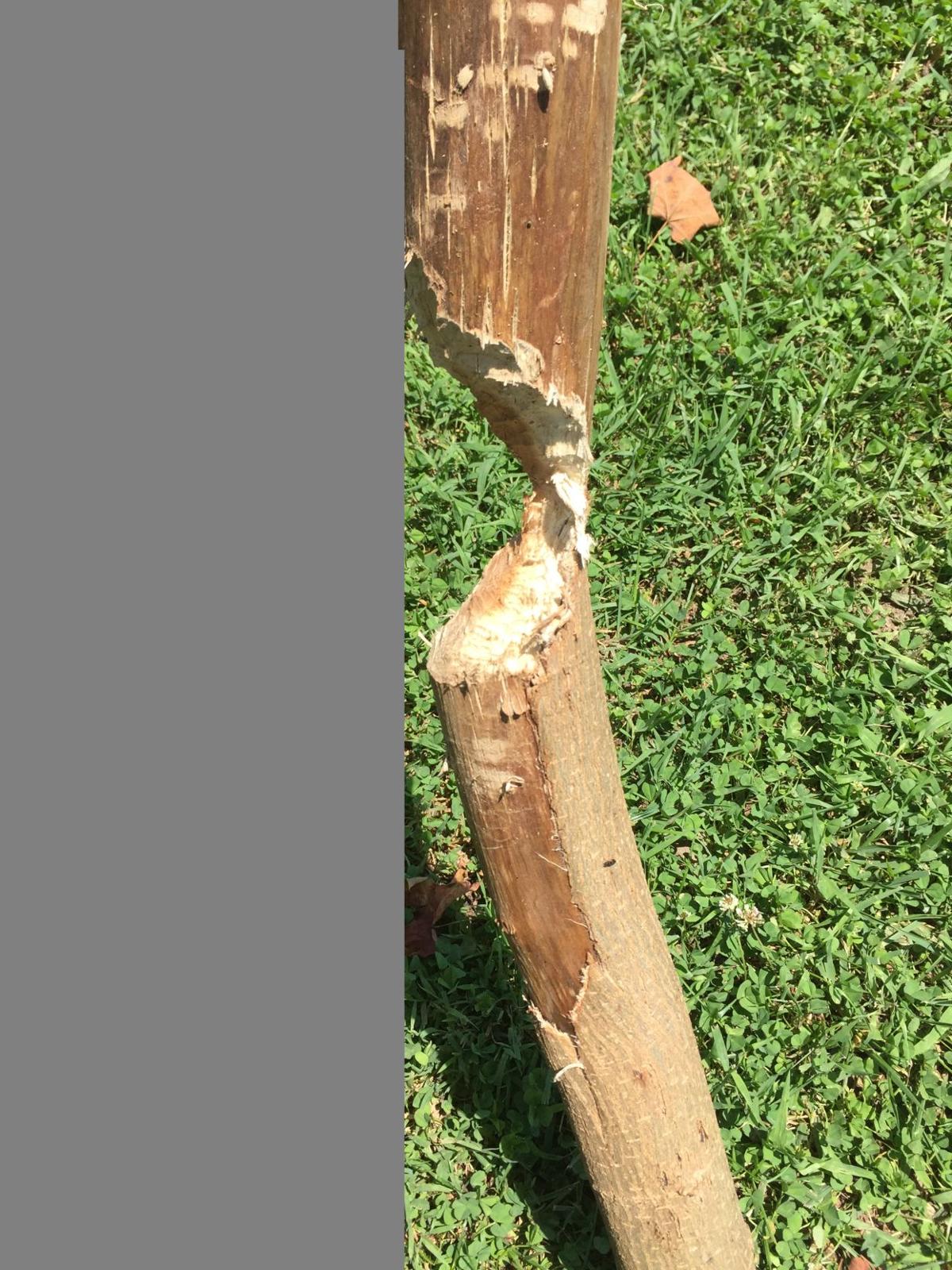 My dining partner and I are playing host to a regional rarity this summer. It was my brother-in-law who first spotted evidence of the rarity at work at the creek near our house.

Our guest is an American beaver. Apparently the critter was just passing through and, as my dining partner believes, “liked the look of the place.” Consulting my farmer brother-in-law we learned that there wasn’t enough timber in the area to supply the beaver with the materials necessary to take up residence. Or worse, build a beaver dam.

“Just be patient,” he said, “your guest will be moving along in due time.”

Naturally, our guest became Topic One of the dine-around bunch’s weekly get-together, this time at Johnson City’s Mad Greek International Cafe. All of us enjoy having a bite to eat at the Mad Greek. The restaurant’s location is just off North State of Franklin in Johnson City, tucked in between a hotel and a bank. Interior is a subdued “Aegean Modern.” The rest rooms are just down the hall to the left. There’s a well-stocked bar with all kinds of strong waters and beers. The restaurant’s dessert display cooler is placed near the front door, subtly informing all incoming patrons to save room for dessert.

Hummus Appetizer: I thought it would be nice to have something to munch on and ordered some of the Mad Greek’s excellent hummus as an appetizer ($7.99). This prompted the Dieter to ask if we were saving some to take home to the beaver.

“After all,” my friend said with a giggle. ”The beaver’s a vegetarian, too.”

“Our beaver’s an herbivore, not a vegetarian,” I said. “It’s natural for him. This hummus is really good, isn’t it?”

“And fresh, too,” replied my dining partner, eliciting a surprising affirmative grunt from the Carnivore.

Avocado Egg Rolls: True to her calorie guidebook, the Dieter stayed with the Appetizer section of the menu, ordering a platter of Mad Greek signature avocado egg rolls ($10.99) as her supper. Here, the Mad Greek kitchen staff takes spicy guacamole and folds it into corn and black bean salsa, chopped onion and bell pepper. Wrap it in rice paper and deep fry until crispy outside and steamy inside. Serve with a spicy sauce of tomatillo and jalapenos, and my Dieter friend would enjoy each and every one.

Chicken & Artichokes: True to his catechism (“More Meat Forever”) the Carnivore ordered the Chicken & Artichokes platter ($12.99), with new potatoes and steamed broccoli. Take a breast of chicken, coarsely-sliced Roman artichokes and the Mad Greek house ragu (red sauce) are combined, topped with fresh mozzarella and sent for a trip under the broiler to get it all nice and bubbly. Serve to the Carnivore with fresh-baked Italian bread and step back quickly. My friend gets enthusiastic when he dines on something this good.

Chicken Parmesan sub sandwich: My dining partner wanted something Italian, but with a decidedly American bent to it, choosing a Chicken Parmesan sub sandwich ($8.99) with a side order of French fries. Diced white meat chicken is grilled with onions, sliced mushrooms and Parmesan cheese, then folded into red tomato sauce and served on toasted Italian bread. The sandwich bread and the fixin’s were delicious. Sadly, this time the chicken itself was tough and tasteless. The French fries, while good, resembled cordwood piled on my dining partner’s plate.

Chicken Souvlaki Pita: The Retiree opted for Chicken Souvlaki tucked into a fresh Mad Greek pita bread ($9.99) sided with some steamed broccoli. The contents of a souvlaki-style chicken kebab, (chicken, chopped onion, green pepper, peeled cucumbers and ripe red tomatoes) are wrapped up in a fresh pillow of pita bread and drizzled with some tzatziki sauce. The steamed broccoli florets with aged Parmesan cheese completed our globe-trotting friend’s supper.

Vegetable Pita: It must have been the hummus and our conversation about beaver alimentation that caused my eye to fix upon the Vegetable Pita entry ($8.99) that had dolma (stuffed grape leaves) as one of the elements in a Mad Greek pita, along with tzatziki sauce and basmati rice. Three dolma were used, each stuffed with rice, olive oil, lemon juice, dill and parsley; all wrapped in a young grape leaf and placed in the pita with chopped tomato, onion, bell pepper and cucumber. It was a delicious supper, and got me an approving look from the Dieter.

The bottom line: Even though we decided to forego dessert at Mad Greek International Cafe, the dine-around bunch and I had good food (for the most part) and good conversation, which always make evenings with friends special. I’d even forgotten about our buck-toothed friend. The following morning my dining partner woke me with the words:

“Come have a look at this.”

“This” was a four foot long, five inch thick branch off our box elder tree that was almost chewed in half.

“Well,” I said, observing the evidence, “it seems our guest likes the accommodations.”

“Uh huh.” replied my dining partner. “Bath,” (with a nod toward the creek) “and breakfast,” handing me the branch and then dialing her brother on her smart phone.