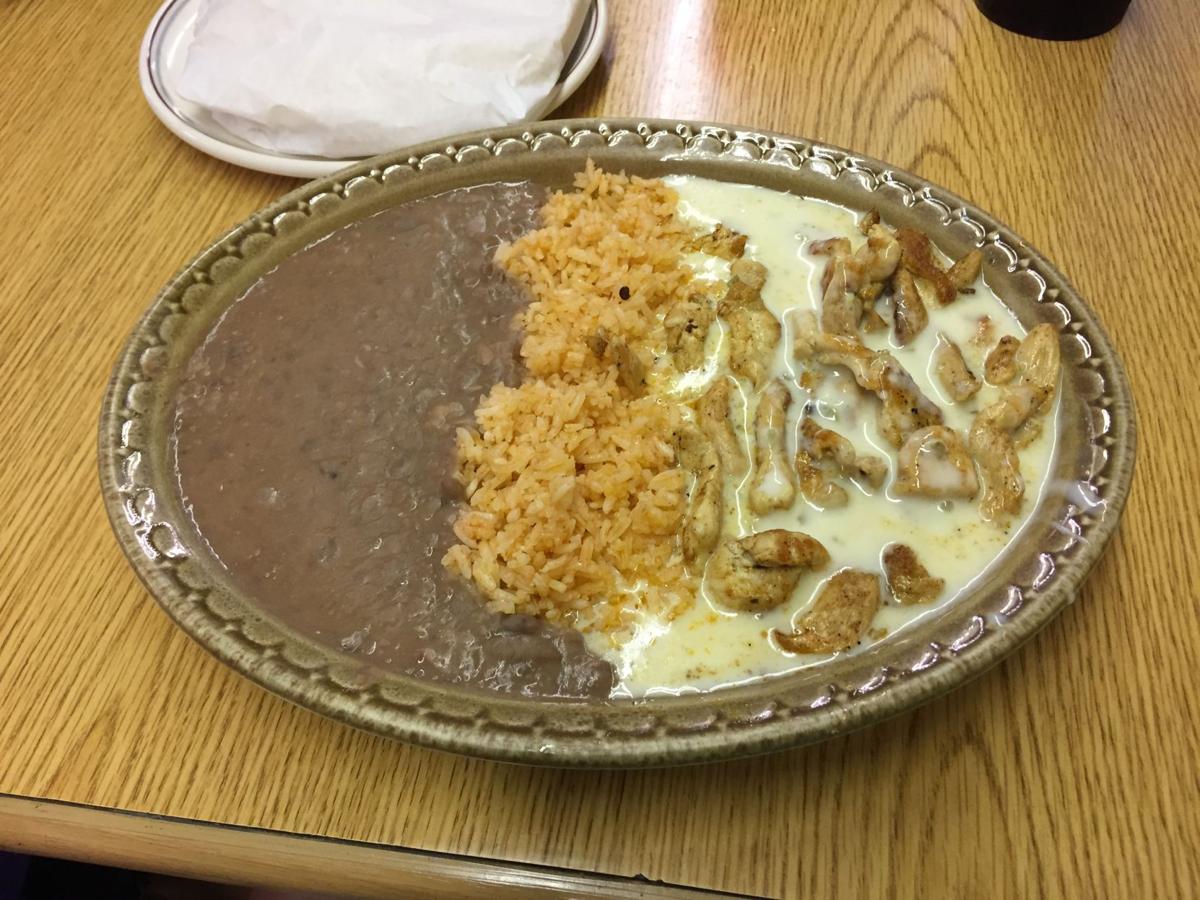 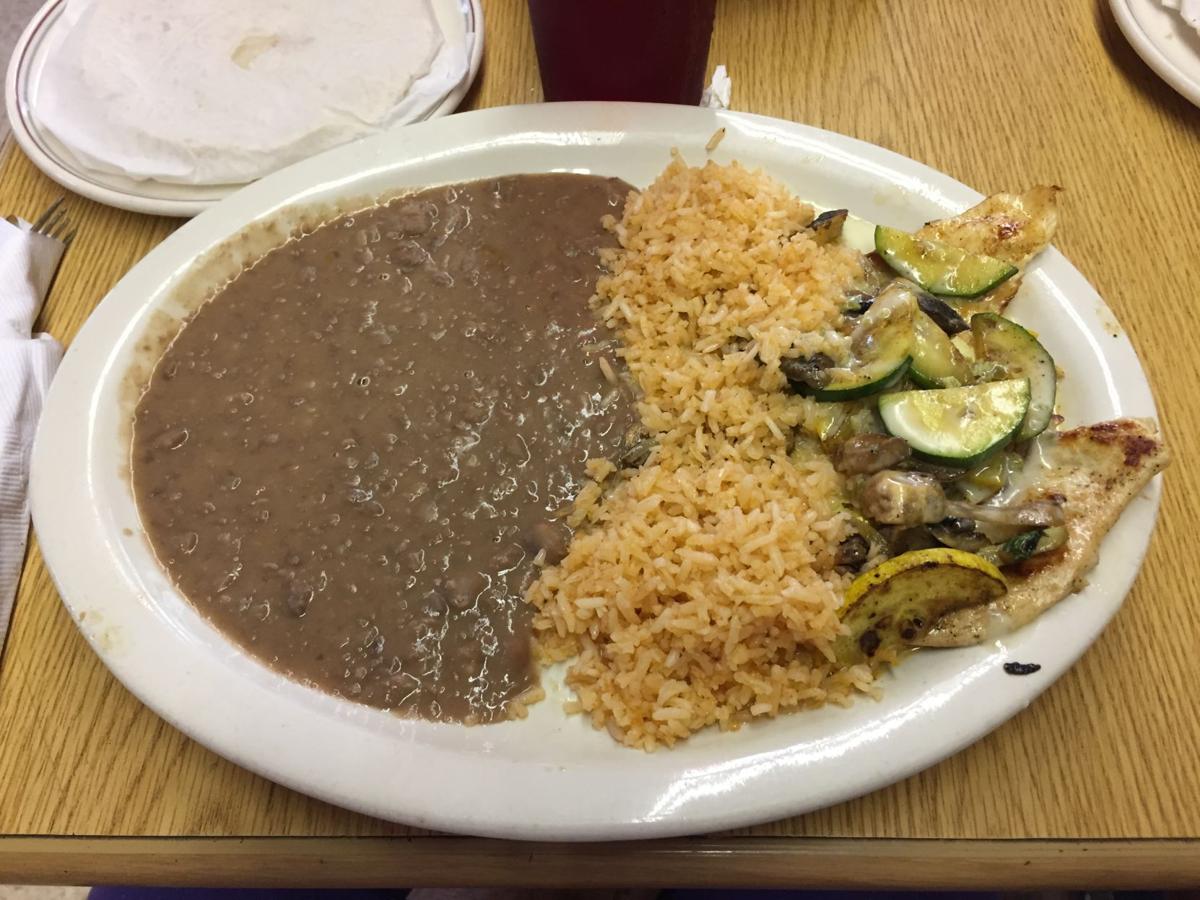 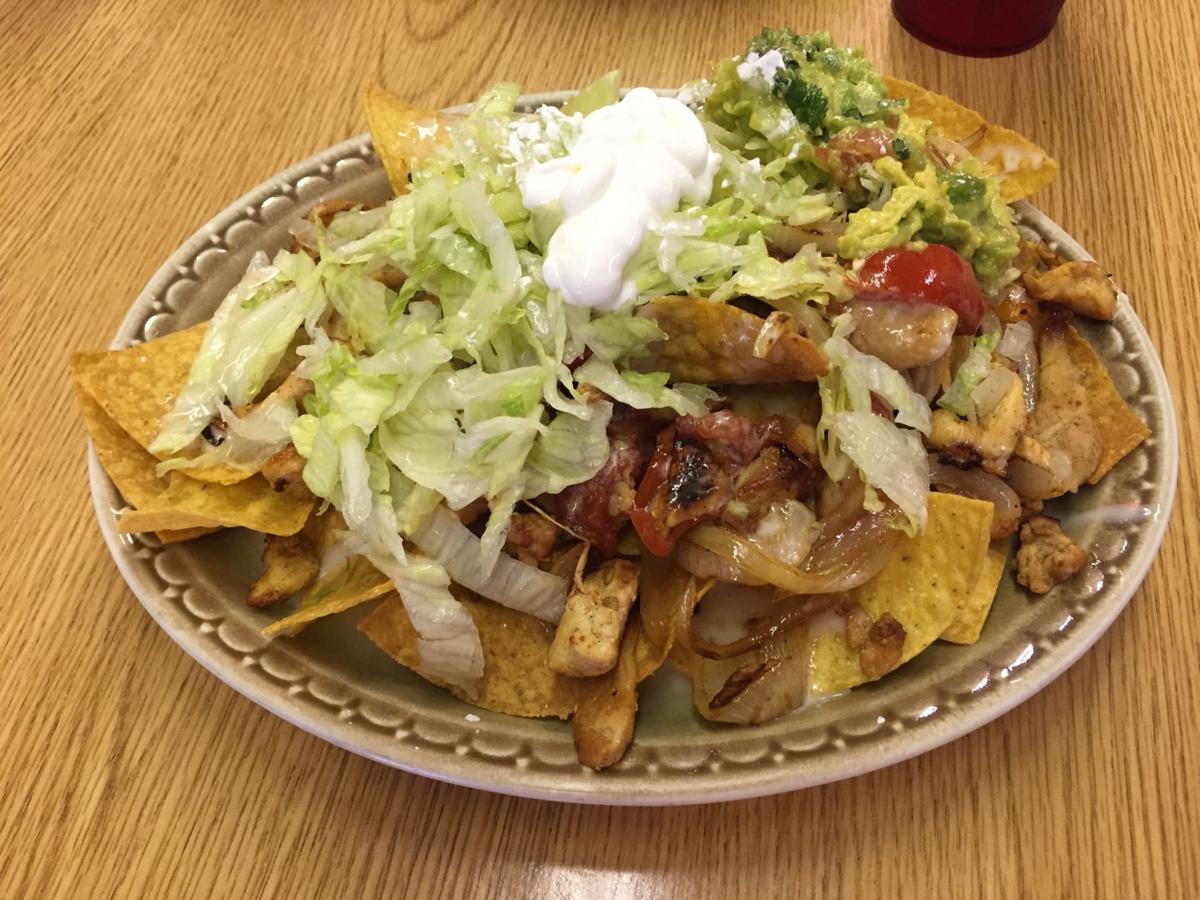 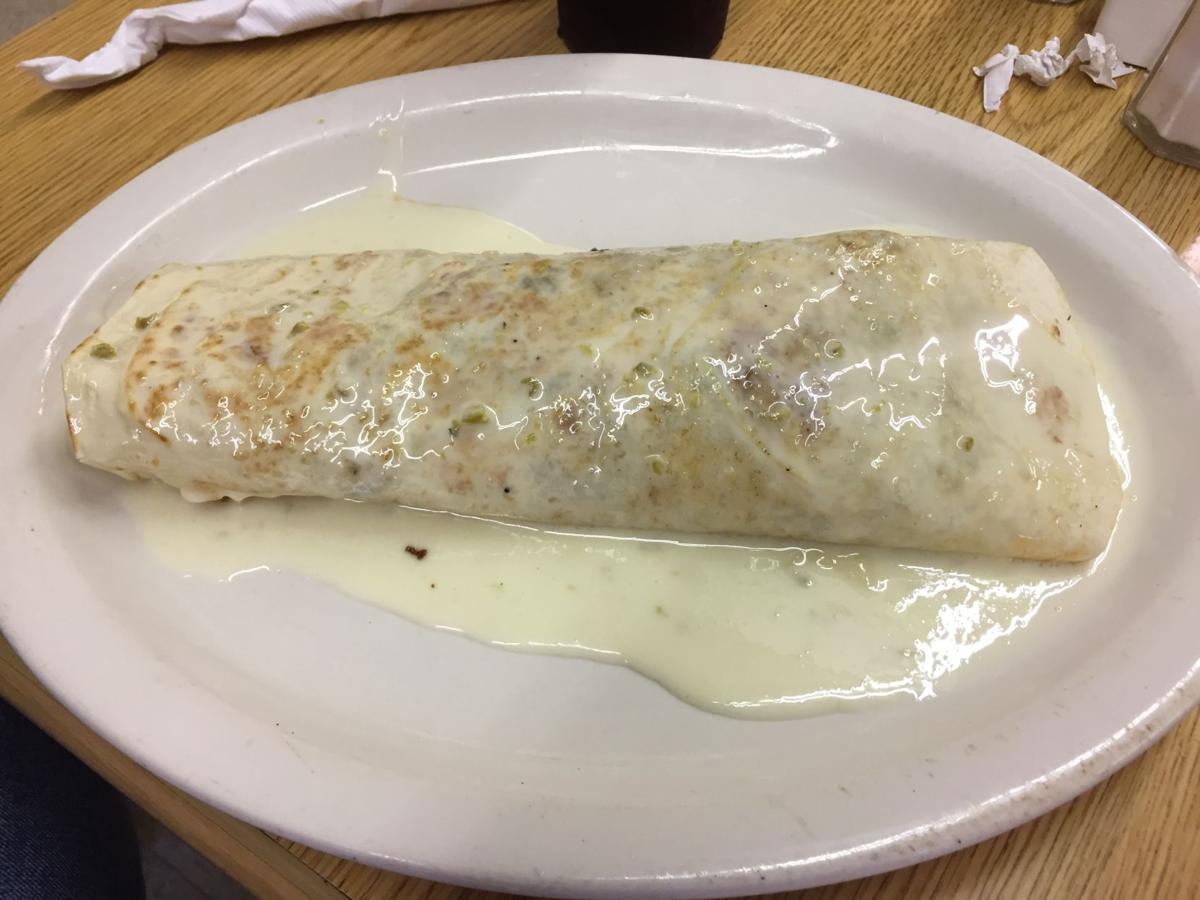 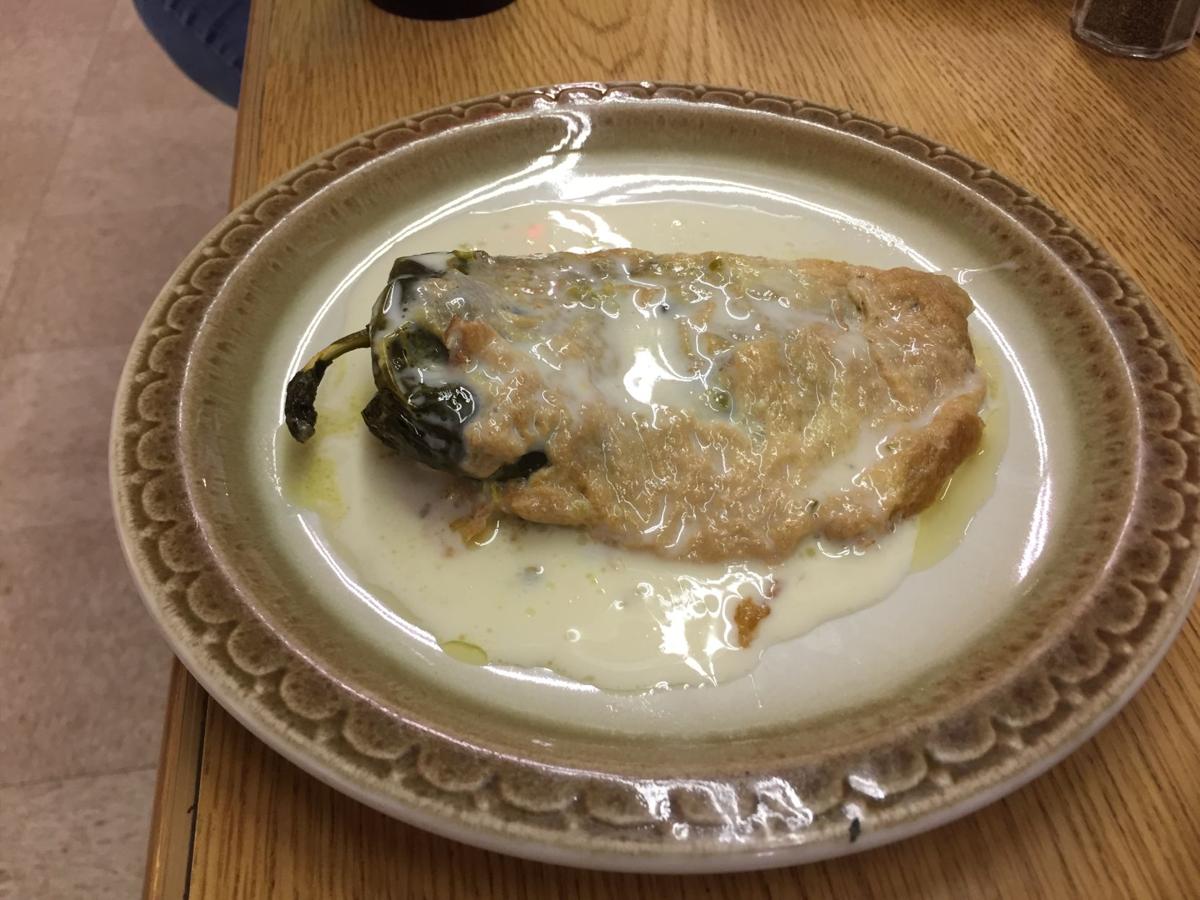 Growing up, I had a girlfriend whose father was an engineer on the Panama Canal. One time, he brought home a guacamaya, (in English, a scarlet macaw) as a pet. Named “Ramon,” gaudy in presentation and profanely raucous in disposition, this feathered scamp had the run of their house.

His preferred roost was the back of their sofa, usually when my girlfriend and I were occupying it. Being a real “pirate’s parrot,” Ramon had a kleptomaniac’s fondness for anything shiny, and a tippler’s fondness for rum, the ingestion of which made him more raucous and profane. So when my dining partner informed me that Las Guacamayas Mexican Restaurant had moved from its location in Erwin, Tennessee to the town of Unicoi, I had a momentary twinge of thought that Ramon (macaws are long-lived) or maybe one of his relatives would be there to greet us when we showed up for supper.

Las Guacamayas’ new digs can be found at the corner of Tennessee Street and Unicoi Drive. The customer seating is split into two sections, accommodating about 60 patrons using sturdy tables and chairs, 30 or so if social distancing is in effect. Décor is minimal, with colorful paper doilies garlanded across the ceiling. There is a cashier/take-out station near the front door, while a buffet with storage shelves divides down the center of the room. Rest rooms are accessible at the rear of the dining area. As our server Sandy was seating the four of us, I noted thankfully that neither Ramon nor his relatives were anywhere in sight.

The Retiree, wanting “something chicken,” opted for Las Guacamayas’ version of Pollo Loco ($10.95, and that’s “Crazy Chicken” to us Anglos), In preparing Pollo Loco, the kitchen at Las Guacamayas takes a coarsely-chopped and marinated chicken breast, adds some melted cheese sauce and serves it with the house rice, some refried beans and some steamed flour tortillas. The beans and rice made a good combination for the Retiree to enjoy, though the beans could have been “re-fried” longer to develop additional luster. The rice was prepared very well, with just the right mix of texture and flavor.

My dining partner had invited the Pet Whisperer to join us on our visit to Las Guacamayas. The Pet Whisperer has the ability to calm down frightened or confused pets just by talking to them, saying the right words in just the right way, soothing a bad case of the “skeers” in any pet. For her meal, the Pet Whisperer chose a tasty chicken meal, aptly named “tasty chicken” or in Spanish, “Pollo Sabroso” ($8.25). Slices of breast of chicken are grilled with squash, both yellow and zucchini and rings of sweet onion. The mixture is plated with rice, refried beans and a stack of the flour tortillas nearby to wrap it all up; which the Pet Whisperer did, with gusto.

After glancing at a menu, my dining partner told our server Sandy to bring her Chicken Fajita Nachos ($8.99), a plate of Las Guacamayas’ own in-house corn tortilla chips topped with spicy grilled chicken, refried beans, chopped ripe tomatoes, sweet onions, melted cheese, freshly-prepared (and delicious) guacamole salad, then topped with shredded iceberg lettuce and a generous dollop of sour cream. My dining partner was so pleased with her choice for supper that she shared it around the table with the rest of us, which we all appreciated very much.

Wanting something light for my supper, I picked a Las Guacamayas’ Vegetable Burrito ($7.99) and a Chile Relleno (a la carte, $3.50) to go with it. My burrito was just short of being a foot long, a flour tortilla packed with zucchini, broccoli florets, sweet onions, mushrooms, sliced green and red bell peppers all drizzled with melted cheese and rolled up snug. The Chile Relleno was a hollowed-out poblano pepper filled with a spicy mixture of ground beef and melted cheese. Adding the poblano with the ground beef and cheese, my chile relleno made a nice “Meat and Two Veg” combination with my vegetable burrito.

Las Guacamayas’ move to downtown Unicoi’s main drag can only be beneficial to their business. Customers from Interstate 26 are closer here than they were in Erwin, and the restaurant’s nearness to Tenn. Highway 107 through Limestone Cove is sure to bring hungry customers in from Bakersville, Spruce Pine and the rest of the North Carolina high country. Why not? The food is tasty and the service is excellent. Sounds like Las Guacamayas are all set to “rule their (new) roost.”