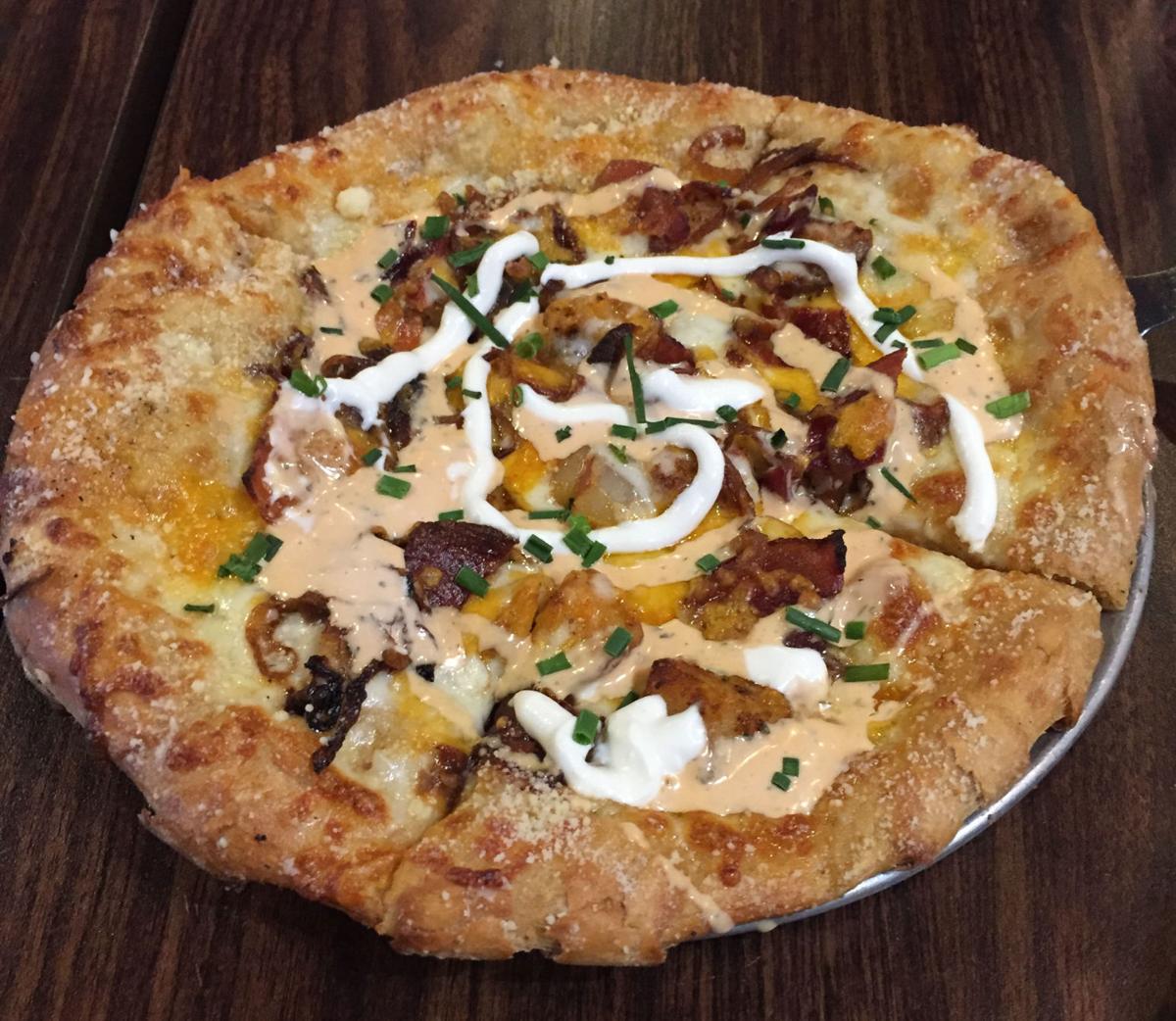 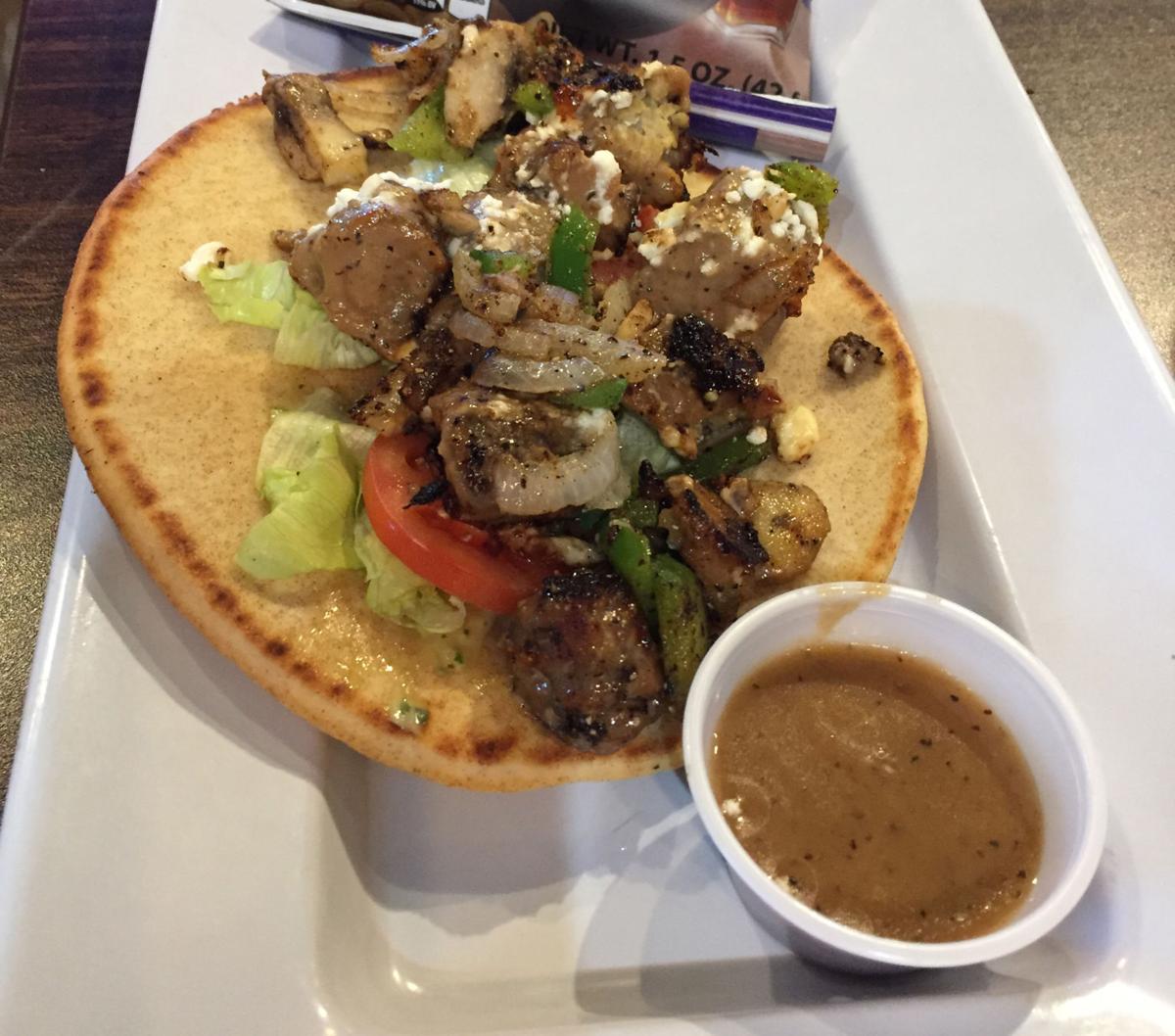 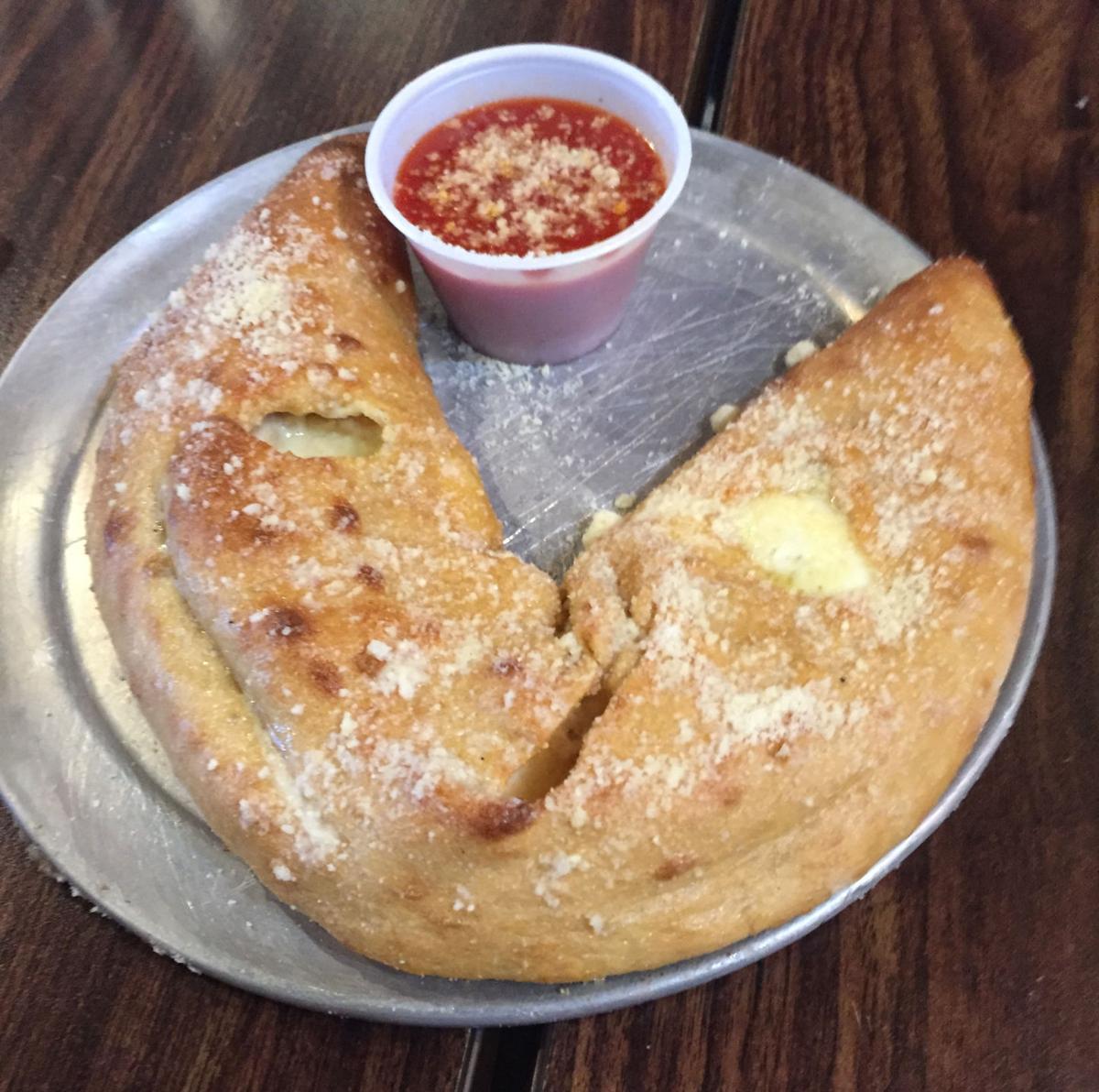 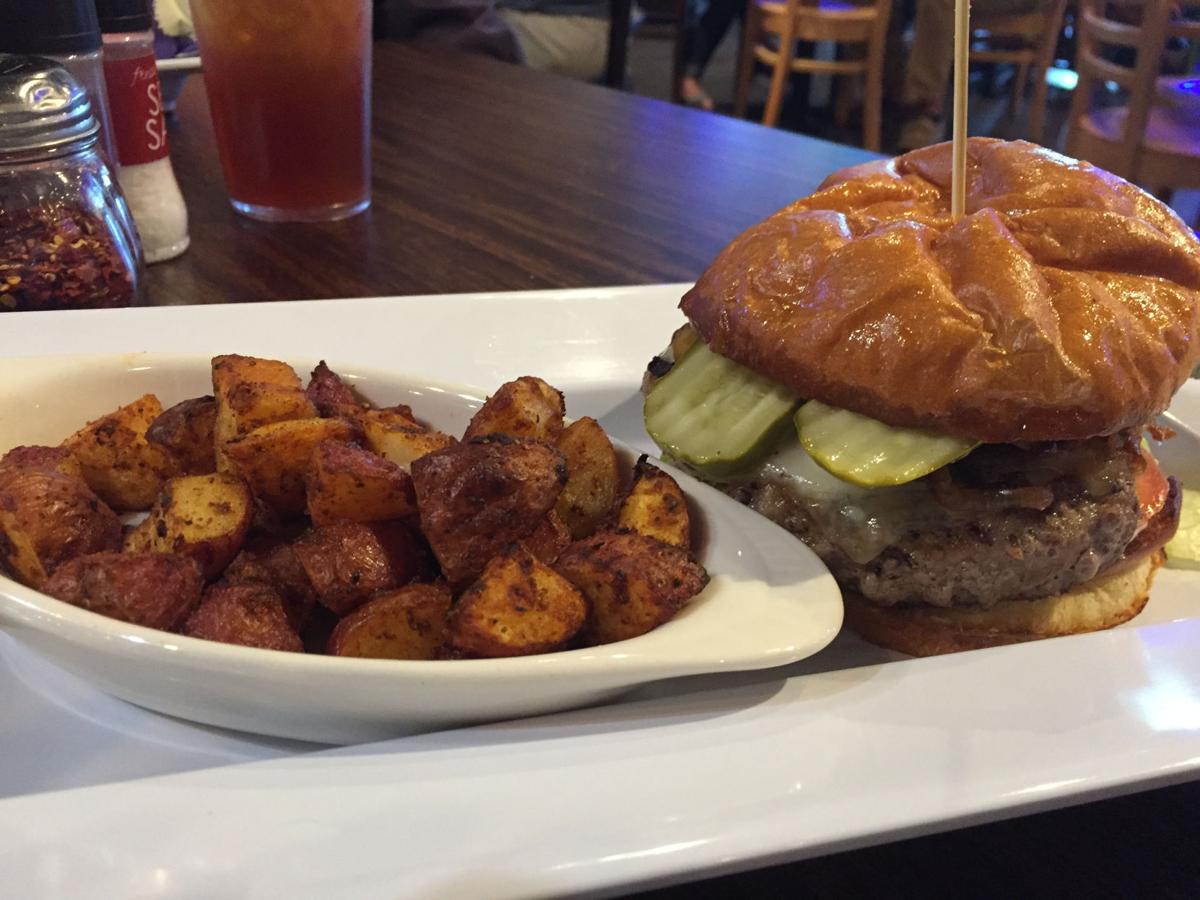 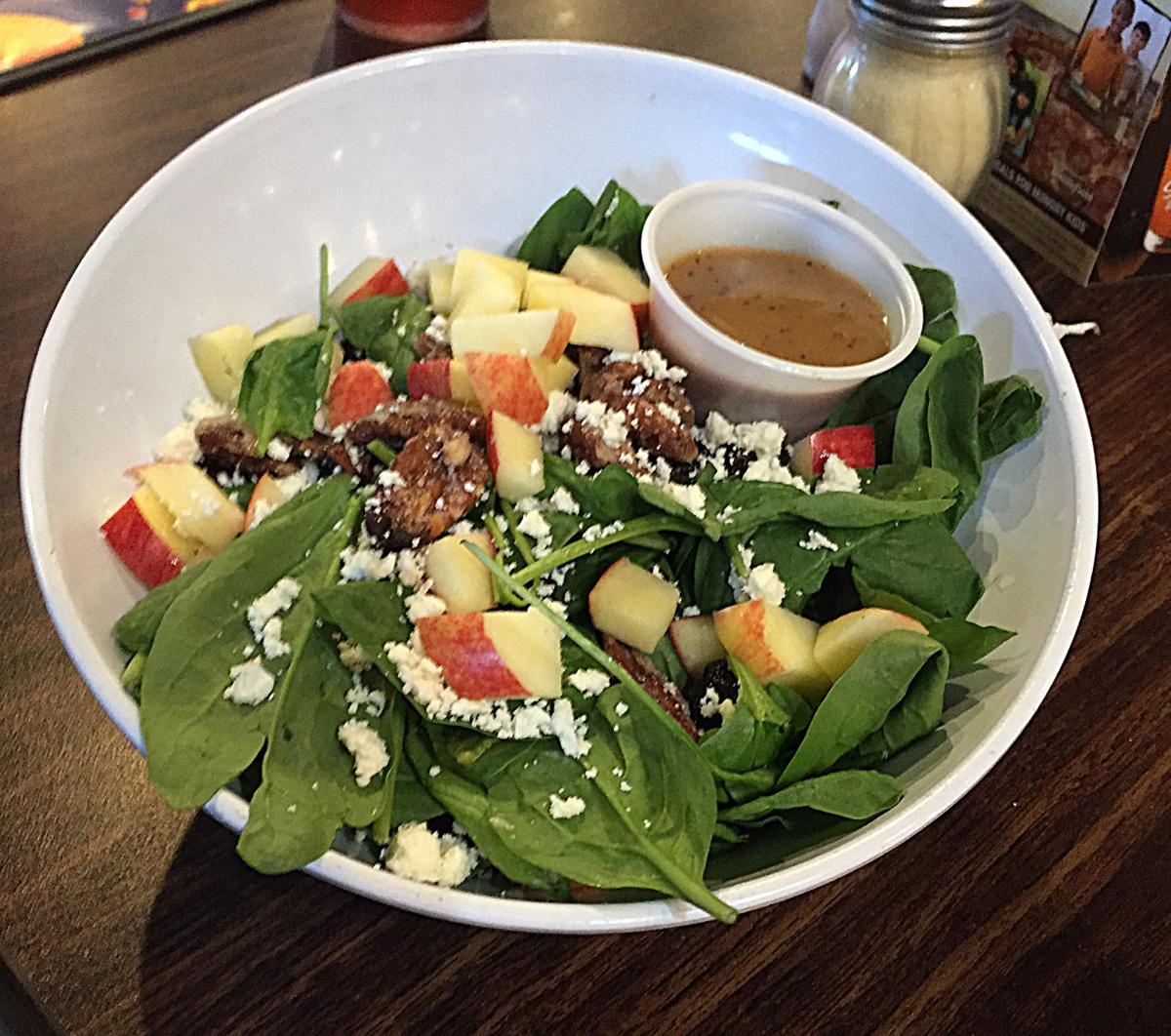 Johnson City’s Mellow Mushroom has been a trend-setter in the Tri-Cities as long as I can remember. Each autumn it has been the go-to place for the “post-game” pizza and party crowd, and every spring, it performs the same function for the “post-prom” and graduation crowd.

Its clientele is still mostly young, mostly single, but now there are some young families along with some grayer but still loyal long-time patrons mixed in. The building itself is a landmark for north Johnson City, combining a clever tramp art style with a sprinkling of post-“Summer of Love” Haight-Asbury. The effect is at once laid-back and relaxed, but with an overall air of dependability and competence.

When they first arrived in Johnson City way back when, Mellow Mushroom’s innovative pizza chefs stood the local pizza parlors and take-outs on their collective ear with the concept of hand-thrown pizza using artisan-quality pizza doughs.

Mellow Mushroom also pioneered the novel idea of using gluten-free pizza dough on request. Its use of locally sourced ingredients promised a broader (and better) variety of choice for your pizza than just the usual pepperoni, red sauce and cheese found stuck to the lid of your takeout pizza box.

Recently Mellow Mushroom has had to hustle just to keep up with the changes being made in its industry. The competition in the market has increased, along with the sophistication of the clientele. So I invited the dine-around bunch to bring their palates and join my dining partner and I who were taking ours out for an evening’s frolic.

Upon being seated at a centrally located table and drink orders taken, we were able to quickly decide what we were all hungry for. My friend the Carnivore picked one of Mellow Mushroom’s Ritz burgers ($9.99) with a side order of roasted red potatoes. I followed a different path, choosing the Enlightened Spinach Salad (the “L’il” size at $5.99) and half a tempeh hoagie ($6.49).

My dining partner, the Retiree and the Dieter decided to each choose something different and then share it amongst themselves. My dining partner chose a cheese calzone ($7.99) while the Dieter picked a house salad ($4.79) and the Retiree opted for a small-sized Loaded Potato pizza pie ($14.49). Since all of our food was made to order, it took about 25 minutes for it to arrive from the kitchen.

Tempeh is a soy derivative native to Indonesia, and is used as a replacement for meat in vegetarian and Asian cuisines. To my palate, tempeh is firmer and has better texture than its nearest soy-derived competitor, tofu.

Mellow Mushroom was kind enough to serve my tempeh hoagie with grilled vegetables, mayonnaise, lettuce and tomato piled onto some warm pita bread instead of a hoagie bun.

The Carnivore’s Ritz burger was excellent, being topped with caramelized onions, aged Swiss cheese, and a garlic aioli along with crisp lettuce, ripe tomato and good ol’ dill pickles. His side order of roasted potatoes just needed some salt and fresh-ground pepper to be perfection on a plate.

Meanwhile, the ladies were busy swapping tastes of their mini-Mellow Mushroom smorgasbord and commenting as they went. Both the Dieter, the Retiree and my dining partner agreed that the cheese calzone was quite good, being a mixture of provolone, mozzarella and seasoned ricotta cheeses inside a buttered and baked fold-over of Mellow Mushroom’s artisan pizza dough. I had a bite or two, and was impressed that you could both taste the ricotta’s seasoning and clearly discern its texture from the provolone and mozzarella. The house salad, while OK, was made better through the use of Mellow Mushroom’s Esperanza salad dressing.

Regarding Mellow Mushroom’s Loaded Potato pizza pie, the rest of my tablemates seemed to enjoy it. After all, what’s not to like? To a base of oil and garlic, add thinly sliced red potatoes, smoky bacon chunks, caramelized onions, with both cheddar and mozzarella cheeses and bake until bubbling. Once out of the oven, the Loaded Potato pizza is completed by topping it with ranch dressing, chives and sour cream, then delivered tableside.

Despite my friends’ obvious enjoyment of it, I found the Loaded Potato pizza pie’s combination of pizza dough, roasted potatoes, the two cheeses, ranch dressing and sour cream to be cloying, glutinous and monochromatic. Let’s call Mellow Mushroom’s Loaded Potato pizza a work in progress: something else is needed here to wake up this flavor and texture equivalent of a beige-painted room.

Other than this, the dine-around bunch and I all had a mellow time at Mellow Mushroom. With their creative décor, competent service plus an innovative, imaginative kitchen, Mellow Mushroom can craft you a mellow moment or two as well.