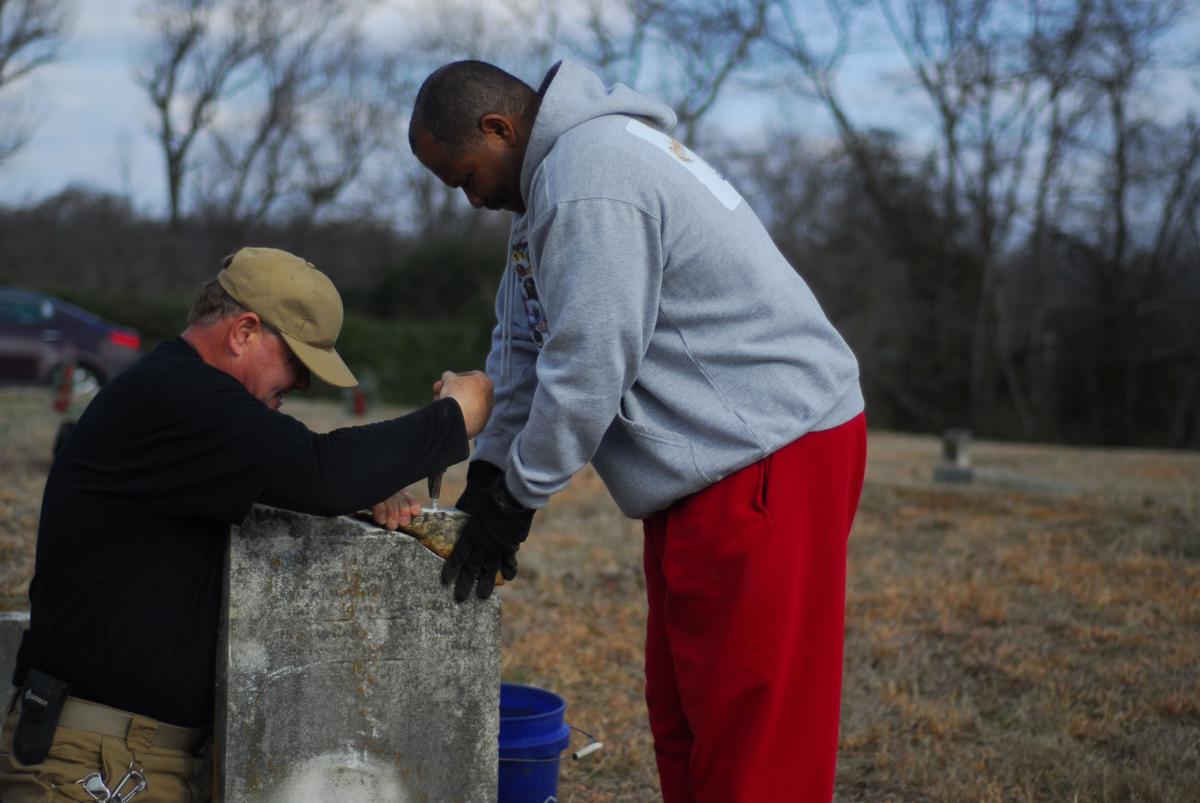 Volunteers from the Mountain Home National Cemetery and several area churches band together to repair what they can of the vandalized headstones at West Lawn Cemetery. 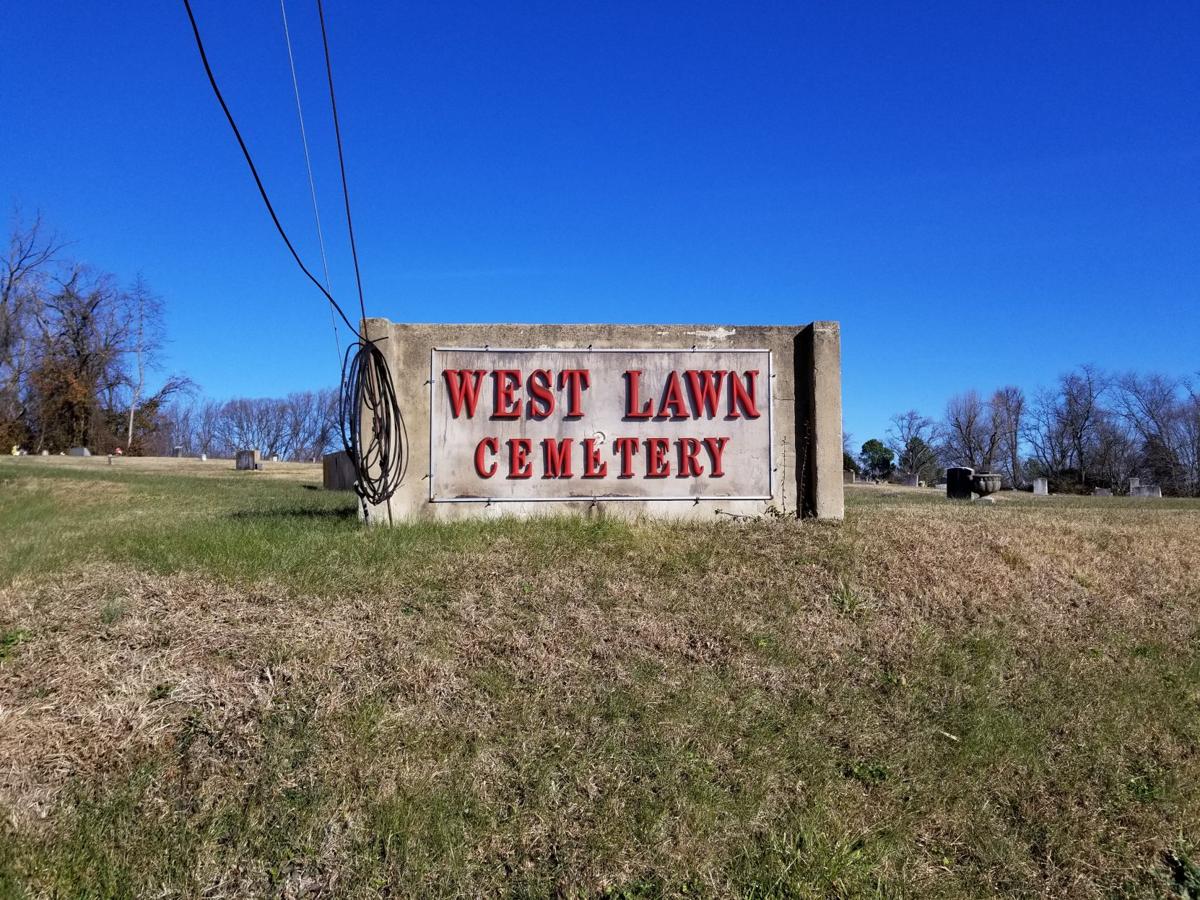 The West Lawn Cemetery board of directors hope to replace this sign soon. The group is taking donations and conducting fundraisers to raise the money. 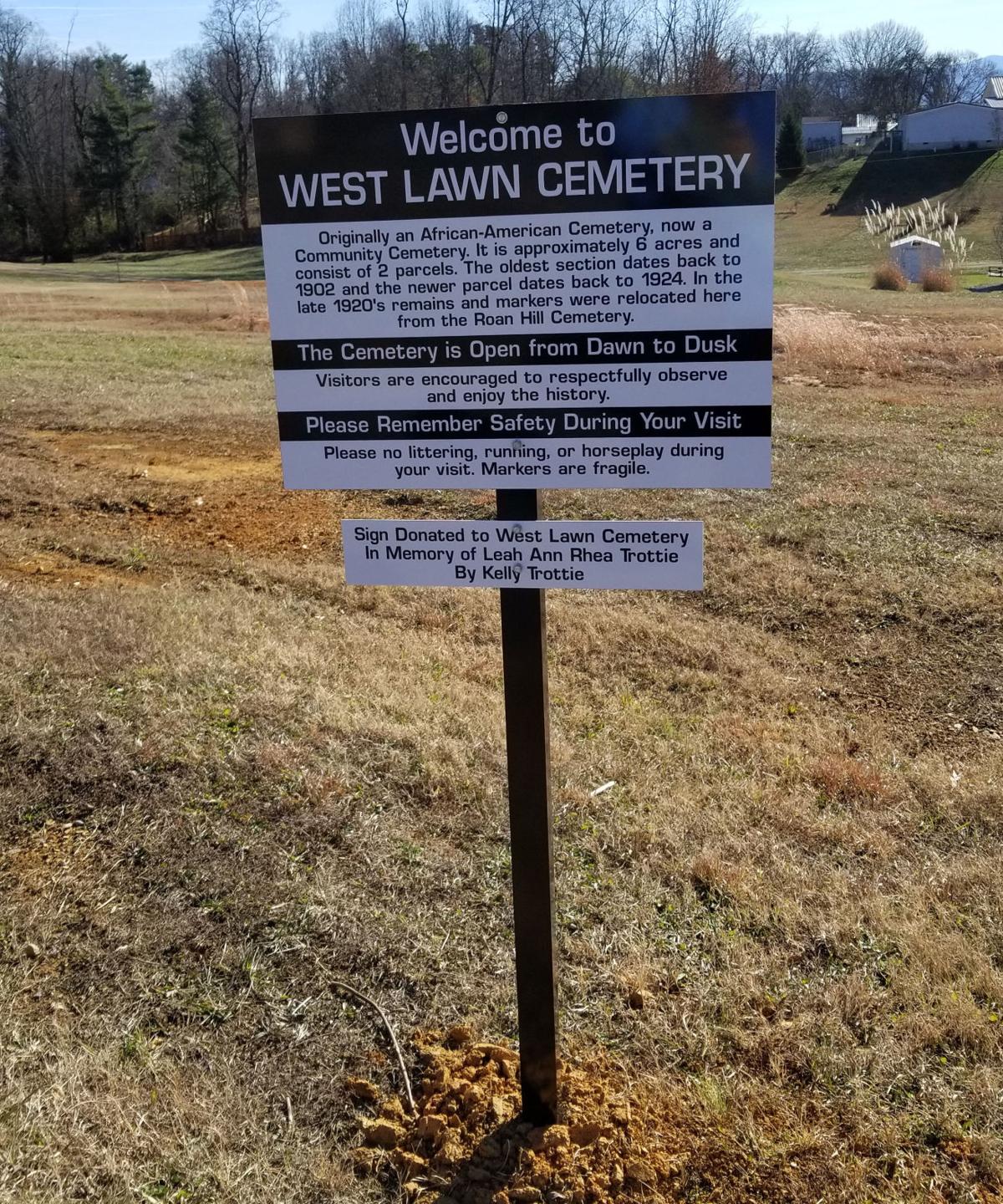 Volunteers from the Mountain Home National Cemetery and several area churches band together to repair what they can of the vandalized headstones at West Lawn Cemetery.

The West Lawn Cemetery board of directors hope to replace this sign soon. The group is taking donations and conducting fundraisers to raise the money.

West Lawn Cemetery is the final resting place for hundreds of black Johnson Citians — many of whom having lived and died without knowing a life outside of segregation.

It’s estimated that the grounds, which are located on Lowell Street, began being used as a burial ground for the city’s black residents in 1902 — as whites and blacks at the time could not be buried on the same land. But West Lawn is more than a burial ground — it’s history, especially for those who have family buried on its grounds.

“This was the only place African Americans could be buried,” said West Lawn board member Lisa Black. “There’s a lot of history here, a lot of history and it’s important to me because both of my parents and both sets of my grandparents are buried there, along with a lot of our community leaders.”

Among the community leaders buried there is Dr. Hezekiah Hankal, an educator, minister, physician and civic leader whose work helped shape Johnson City. Both he and his wife are buried at West Lawn. Dr. James Johnson, the city’s first African American doctor is also interred there.

John Birchette, owner of Birchette Mortuary, said that knowing the history of the cemetery gave it a special significance in his life and among his family and friends.

“Everyone I know has a family member buried there,” Birchette said. “I have a grandmother, uncles, aunts — they’re all there. It’s a place of peace for me. I can go and visit graves and see family members, and as I walk around I see the names of other African Americans I’ve known growing up over the years.”

Not everyone, however, respects the history of the cemetery or what it means to the community. Over the years, West Lawn has been vandalized numerous times, most recently in October, when somebody dumped what Black described as house building materials on the grounds. Perhaps the most egregious incident happened in 2017, when vandals toppled and broke headstones.

And though a police report was filed after the 2017 incident, nobody was ever caught.

“I don’t think they really understand the significance of West Lawn Cemetery,” Black said of the vandals. “The vandalism was not only hurtful, it seemed to signify that the importance of the burial ground was not sacred.”

Birchette said that seeing the cemetery being vandalized “hurt” and that it was “a painful thing to see.”

“During that time, I probably received 40 or 50 phone calls from people out of town (asking if) ‘my loved ones grave was affected?’ and I made several trips over, took pictures of the names and confirmed, ‘yes, it was damaged’ or ‘no, yours is OK.’

“That shows you how deep the feelings toward that cemetery go.”