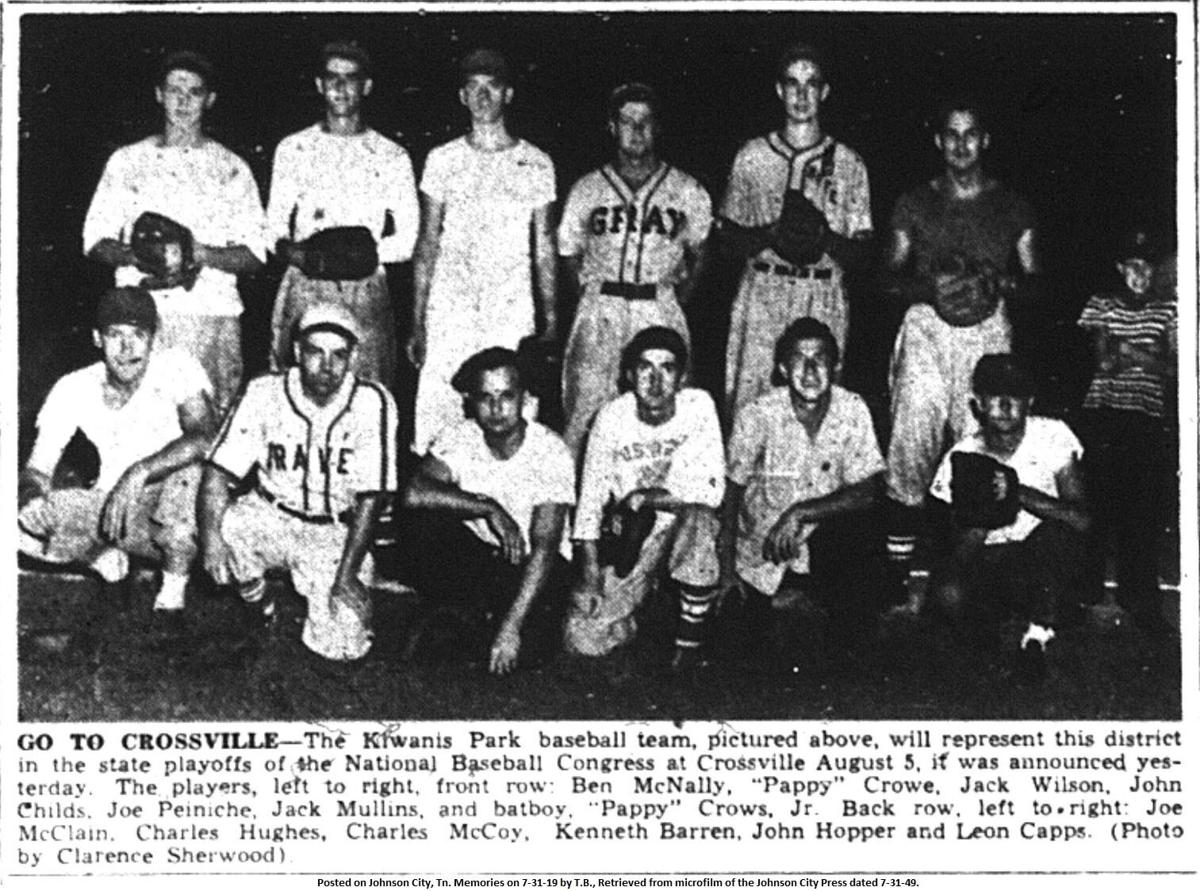 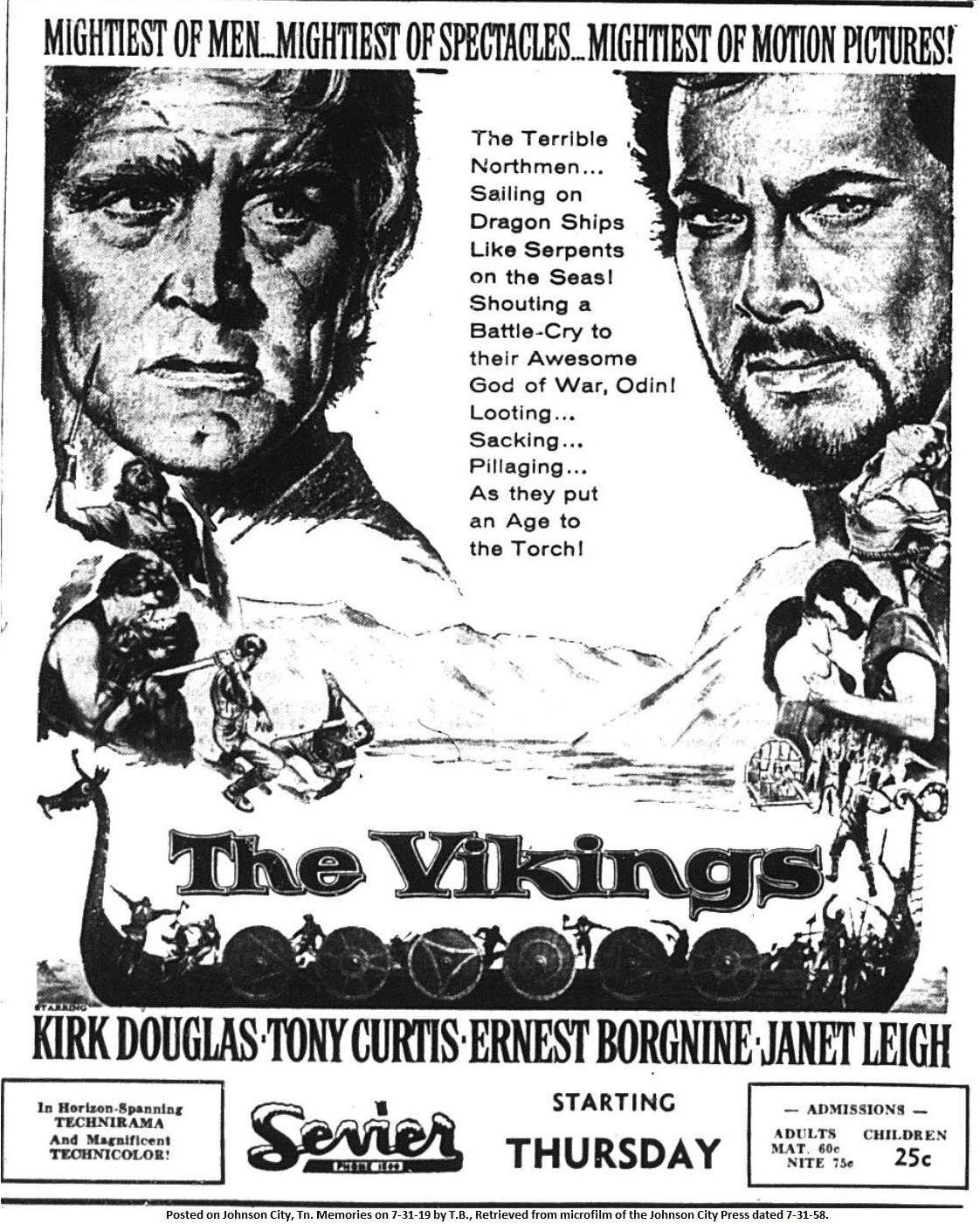 “The Vikings” with Kirk Douglas, Tony Curtis, Ernest Borgnine and Janet Leigh began a run at the Sevier Theatre in 1958.

“The Vikings” with Kirk Douglas, Tony Curtis, Ernest Borgnine and Janet Leigh began a run at the Sevier Theatre in 1958.

July 31, 1933: The Johnson City Chronicle reported, “Motor travel between Asheville and Johnson City, Tenn. will be shortened a distance of 75 miles when a highway in Madison County is completed, connecting up at the State line with an improved road in Unicoi County, Tenn. The highway runs through the northeast section of Madison county (sic) and the road forces of Madison are grading within a mile of the line of the two states.”

July 31, 1937: The Knoxville News-Sentinel, with a dateline of Johnson City, reported, “Doctors here today expressed doubt for the recovery of Rosa Killen, 21, who shot herself Thursday afternoon when two city officers sought to arrest her. She is in a hospital.”

July 31, 1948: According to the Johnson City Press-Chronicle, “Captain Jack Briles, of the police department, was reported still in a critical condition last night by attendants at the Appalachian Hospital where he has been undergoing treatment for a stomach disorder.” The news brief continued, “He was placed in an oxygen tent Thursday morning.”