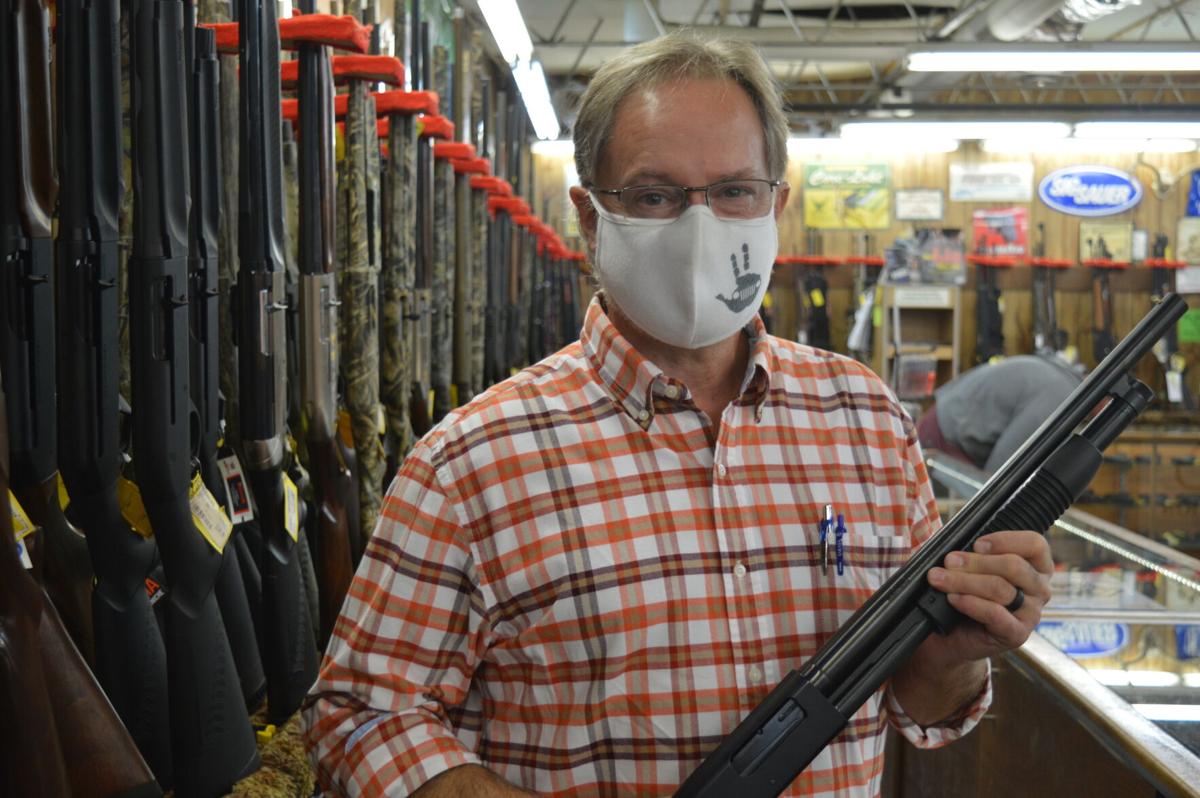 Rob Waddell, an employee at Mahoney's Outfitters, holds a shotgun in the store on Friday. Local gun retailers say they've seen an uptick in firearm sales this year. 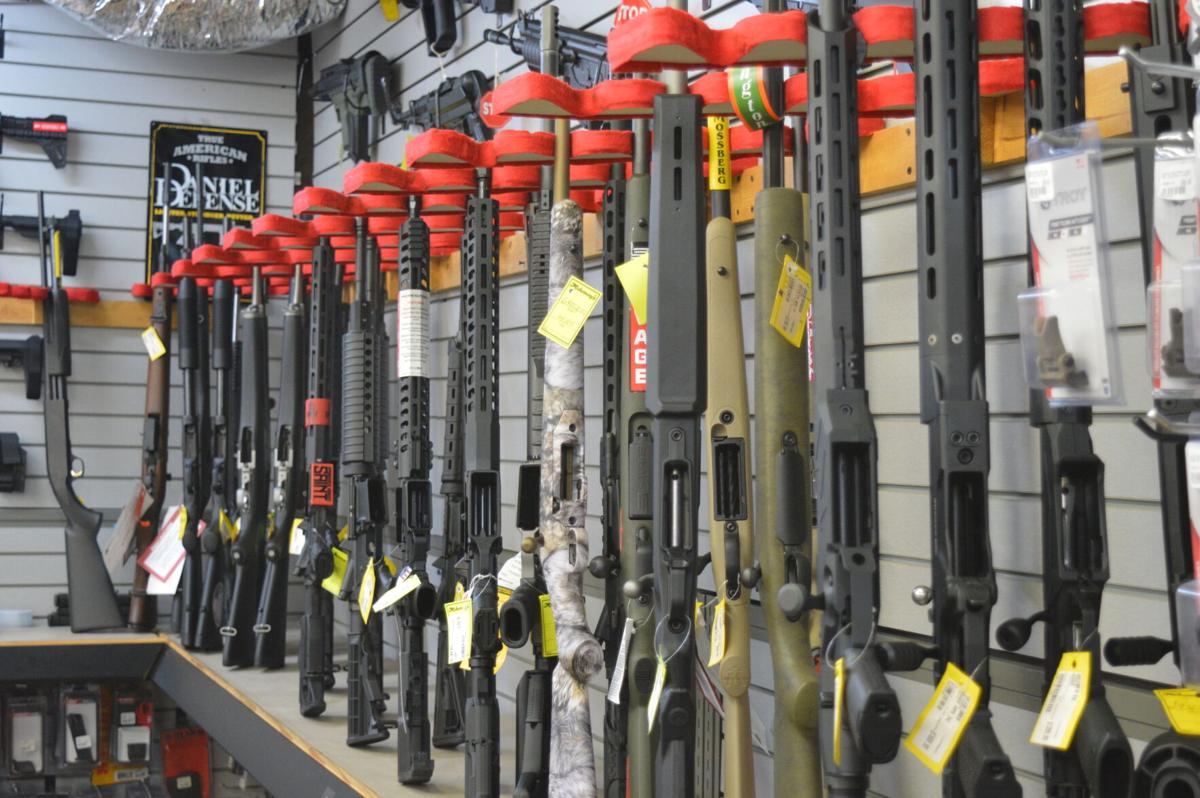 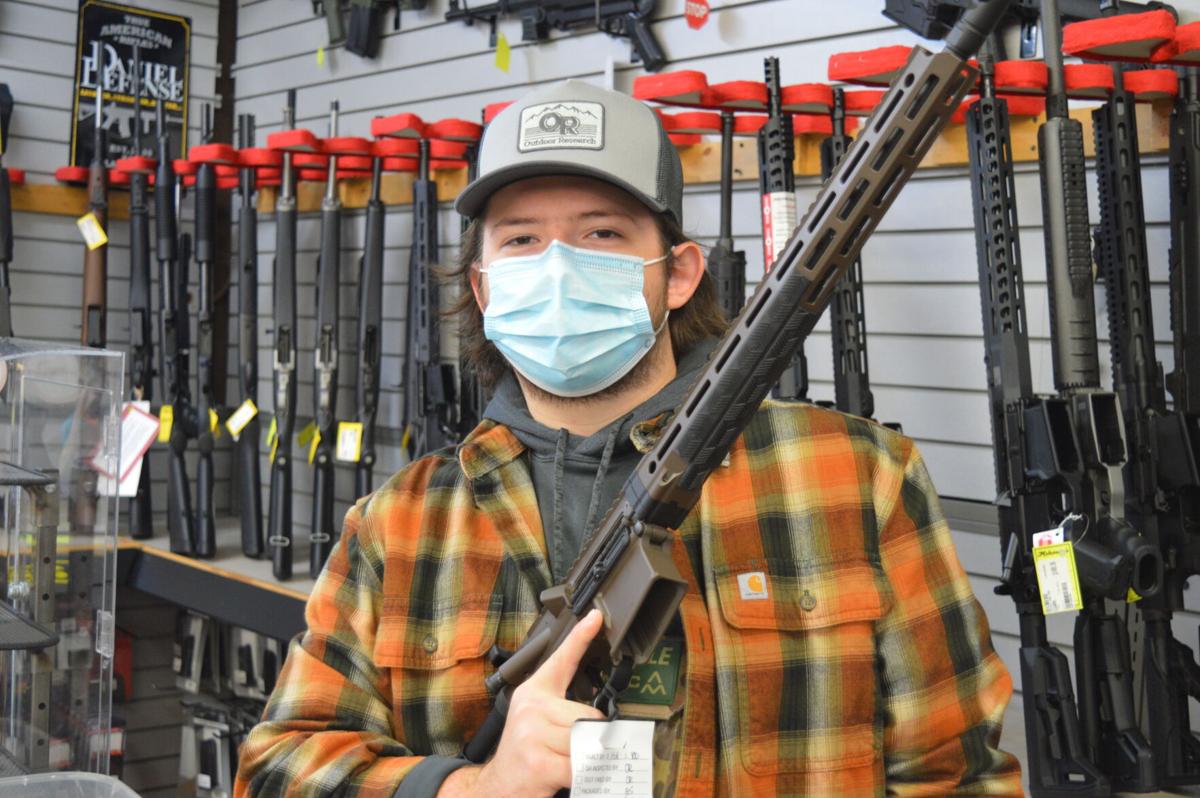 Walker Burleson, an employee at Mahoney's Outfitters, holds a firearm in the store on Friday. Local retailers say they've seen an uptick in gun sales this year.

Rob Waddell, an employee at Mahoney's Outfitters, holds a shotgun in the store on Friday. Local gun retailers say they've seen an uptick in firearm sales this year.

Walker Burleson, an employee at Mahoney's Outfitters, holds a firearm in the store on Friday. Local retailers say they've seen an uptick in gun sales this year.

In a busy year highlighted by a deadly pandemic, a presidential election and civil unrest, local gun retailers say they have seen an overall uptick in firearms purchases.

“It’s not so much the election,” said Dan Mahoney, the owner of Mahoney’s Outfitters in Johnson City. “It’s more concern with violence in the streets and what’s happening all over the country.”

Mahoney said there’s been a consistent upswing in gun sales since the state started lifting its lockdown around May.

After time in isolation, Mahoney speculated that many people wanted to get out of their homes and turned to outdoor equipment as an outlet, but he noted that the presidential election may have also played a role, adding that he expects sales to maintain their increase over the next 30 days.

More so than the election, however, Mahoney said customers are saying they’ve never owned a gun and need one now because of unrest they’re seeing across the U.S.

Mahoney said it’s also been a bit harder to keep ammunition in stock, but there’s been a steady supply.

“COVID concerns have caused the supply chain to get a little bit tougher,” he said, a problem that has extended to much of his other merchandise, such as boats, footwear and certain fishing poles.

Thomas Messer, who owns Volunteer Gun Shop in Bristol, said it’s been a busy year — and not just because of the election. He started seeing a sales increase in February and March, which then persisted during protests that occurred over the summer.

“I thought I was going to sell out before the rioting was even an issue,” he said.

Messer said fears associated with the outcome of the presidential election and protests have been two major drivers in a recent boom in sales. Although he said demand and limited production has caused a shortage in the supply, customers having worries about stocks running out has been less of a motivator for new purchases.

“I think a lot of it’s been more based on the rioting,” Messer said, adding that he’s had several customers mention those concerns.

Messer said keeping ammunition in stock has also been a problem, noting that he gets multiple calls a day about 9mm ammunition, which he no longer has.

“The ammunition shortage is probably the biggest story in this industry right now,” he said.

In Elizabethton, the owner of Tri-Cities Gun Depot, Tommy Isaacs, estimated that he’s probably seeing double the sales that he would in a typical year. He said customers have been citing several issues when they come in to buy a firearm: Everything from ongoing protests, fears of gun laws changing and general concerns about the unknown.

People aren’t just buying one type of gun, he said. It’s everything from handguns to shotguns to rifles — anything customers feel like they can use to defend themselves.

Isaacs said it’s been busy all year, but there’s been a general increase since May — around the time COVID-19 cases started surging outside major cities. Customers may have seen supplies in stores dwindling and felt they needed a firearm to protect themselves, he said.

“Heck, insert any kind of excuse,” he said.

Pointing to difficulties in getting parts and raw materials for guns and ammo manufacturers, Isaacs said it’s also been difficult to keep merchandise on the shelves.

“The wheels are turning, but they’re turning very slowly,” he said of the gun industry.