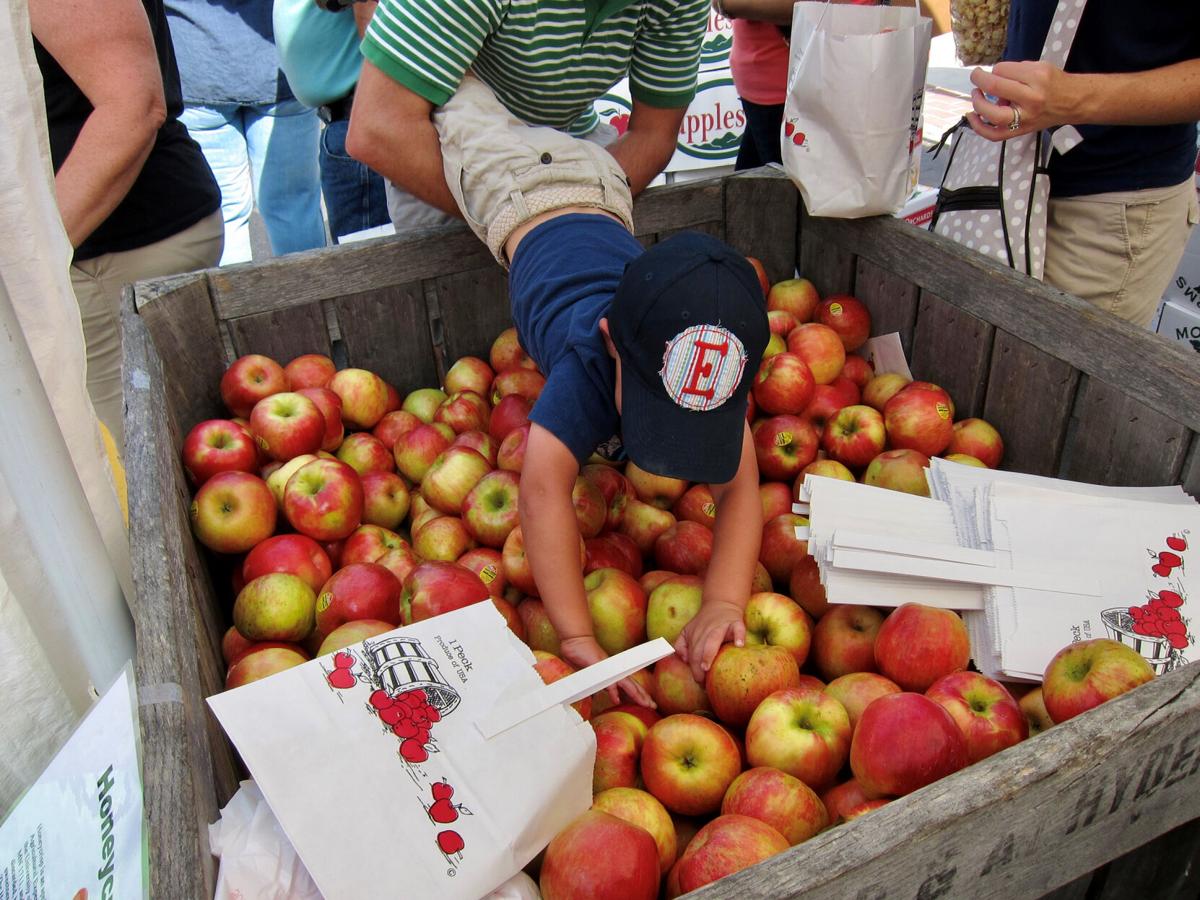 Unicoi Countians are passionate about apples. 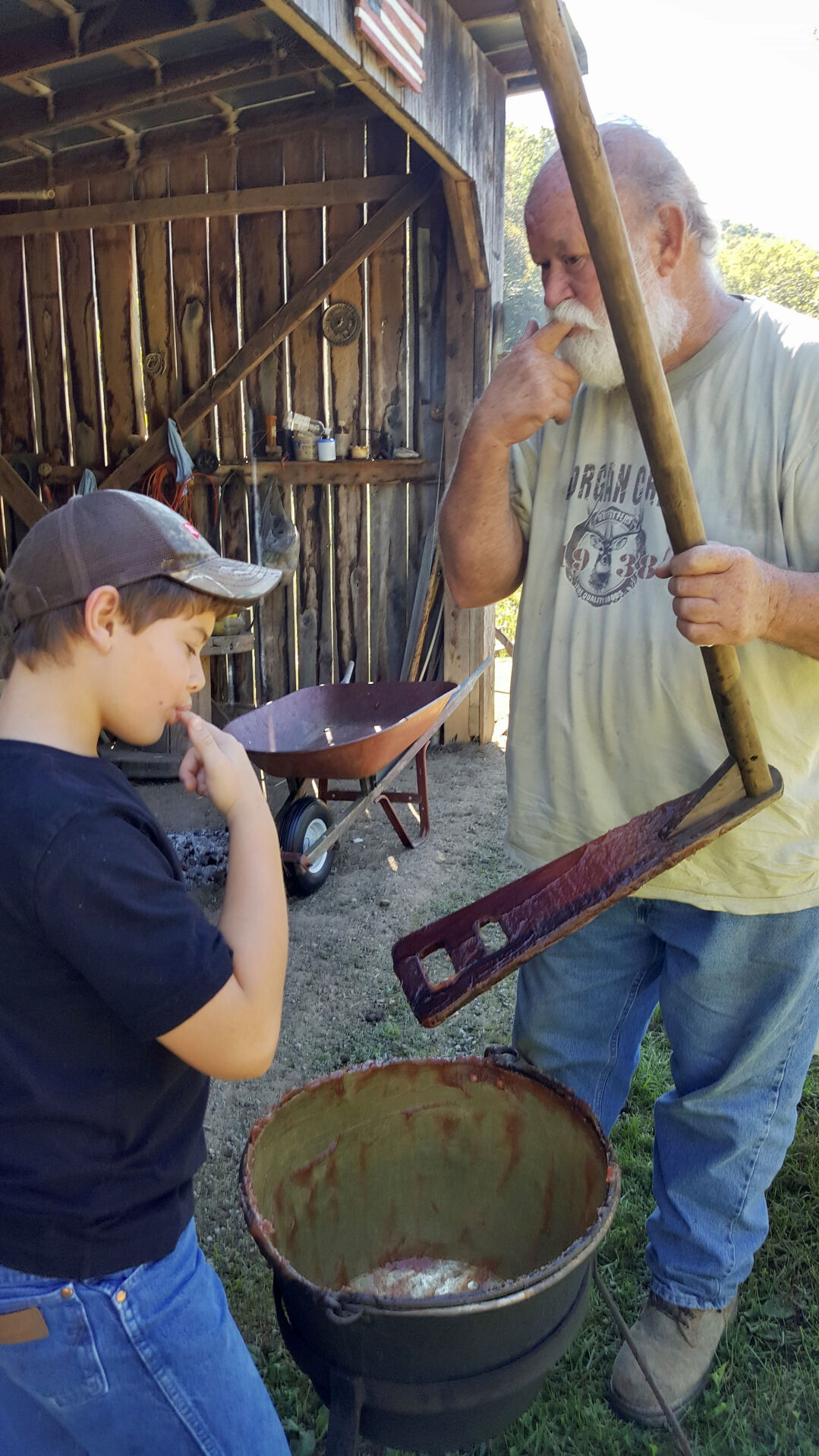 The Horton family in Surgoinsville has been making apple butter for four generations. 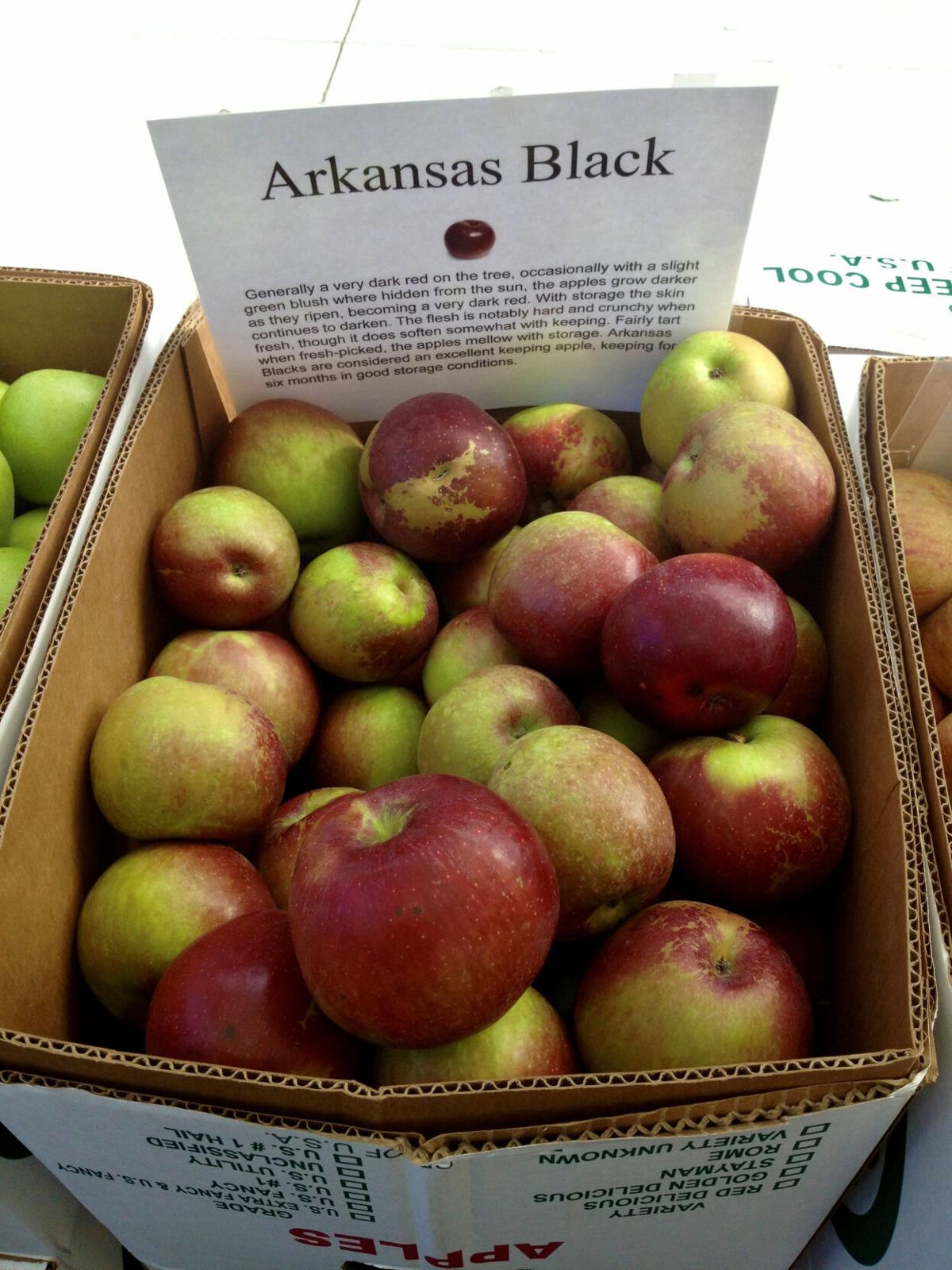 Arkansas Black apples are among the many varieties that work well in apple butter.

Unicoi Countians are passionate about apples.

The Horton family in Surgoinsville has been making apple butter for four generations.

Arkansas Black apples are among the many varieties that work well in apple butter.

There are people who favor the Pippin, the Summer Rambo, the Arkansas Black.

Such is the world of apple butter. The cooking vessels, choices of apples and flavorings may differ, but admiration for the product is universal in the Appalachian region.

Apple butter ranges from the deep red, smooth variety produced every fall for the Lord’s Acre Sale at Hiltons Memorial United Methodist Church in Virginia to the lighter colored, chunky variety that accompanies cathead biscuits at The Moose Café in Asheville, North Carolina.

Apple butter speaks of summer’s end and fall’s beginning, and the making of it is a hedge against the lean times of winter.

Appalachia’s greatest contributions to world cuisine are the ingenious ways mountain people have devised to preserve the bounty of our farms, fields and orchards.

Canning techniques taught by home demonstration agents allow us to savor German Johnson tomatoes in snowy January. Grandfathers pass down the secrets of salt and summer sweats as they cure country hams in ancient smokehouses, a process that turns fragile pig meat into something lasting. Grandmothers teach the time-honored, sweet-sour fermentation of bread and butter pickles.

As part of that tradition of frugality and preservation, Jody Horton’s family has been making apple butter in Surgoinsville for four generations. The ritual begins with a trip to Jarrett’s Apple Orchard, a family-run business in Roan Mountain.

“We get apples once they have fallen, because that’s when they’re cheap,” Jody tells me. “Then back home, everybody helps wash, cut up, and quarter them and run them through a food mill.”

The Horton family always cooks down the apple butter outside, in a copper kettle, over an open fire.

As the apple sauce mixture is added to the kettle, so is a special family heirloom, used as long as any Horton family member can recall. It’s a 1901 coin bearing a scar from an errant hatchet. It’s in the possession of Jody’s aunt, and it’s tossed into the kettle not as a good luck charm but rather for a very practical reason. Because of the sugar content and the heat of the fire, apple butter can easily scorch. The coin, kept constantly moving by the wooden stirring paddle, prevents that.

It’s a tradition I first learned about years ago in the tiny community of Snowflake, Virginia, where Paul Repass made apple butter beginning in August, taking advantage of the early ripening of his Summer Rambo apples.

Paul’s kettle was brass, his coin a silver dollar.

“There’s an old tradition I still use, and that’s dropping a silver dollar in the kettle,” he told me almost 20 years ago, at Snowflake General Mercantile. “It slides on the bottom as you stir the apple butter and keeps it from sticking. It moves around and keeps the apples loosened.”

A late summer Saturday finds us searching for apple butter lore in the footsteps of a Nobel Prize winner, the late Cordell Hull, who served as President Franklin D. Roosevelt’s secretary of state from 1933 to 1944. Hull grew up near Byrdstown, Tennessee, and Marcianne O’Day, park ranger at the Cordell Hull Birthplace State Historic Park, says the preferred apple on the 7-acre farm the Hulls sharecropped was the Arkansas Black.

On that early September day, as we learned more about one of Tennessee’s most distinguished citizens, we listened as Steve Smith, East Tennessee regional interpretive specialist for the State Park System, spoke of apple butter history.

“German immigrants brought apple butter to America, as a way to preserve apples all year long,” said Smith as he stirred a copper pot of slowly disintegrating apples, seasoned with nutmeg, allspice, cinnamon and cloves.

Throughout the afternoon, visitors to this Pickett County historic site naturally gathered around the fire, as they do in country churchyards all across Appalachia every fall. The making of apple butter has always drawn folks together. Rotary clubs, Ruritan clubs, school groups, Methodists, Baptists all take part in the timeless ritual.

But it is in Unicoi County where I’ve learned the most about the making and consumption of apple butter, from people like Norman O’Dell, who has been making it for years as a member of the Unicoi County Rotary Club. And not only that, for the past 15 years, he has traveled to New Market, Tennessee, to oversee traditional apple butter making as friends and neighbors gather at the home of his sister, Wilma Bible.

Everyone who attends that event goes home with at least one jar of freshly made apple butter. Just as in Unicoi County, New Market apple butter builds community. Wilma delivers it to veterans, church members and employees of the businesses where she shops. None of it is ever sold.

“The best part of making apple butter the old-fashioned way is not the finished product, though. It’s the people who help make it,” says Norman. “Being together and creating something together, whether it is apple butter, a quilt, or a Habitat House, provides fellowship and builds friendships today just as those activities did in pioneer days.”

Spooned straight out of the jar or slathered over a hot biscuit on a cold morning, apple butter is a flavorful and meaningful link to Appalachia’s past.