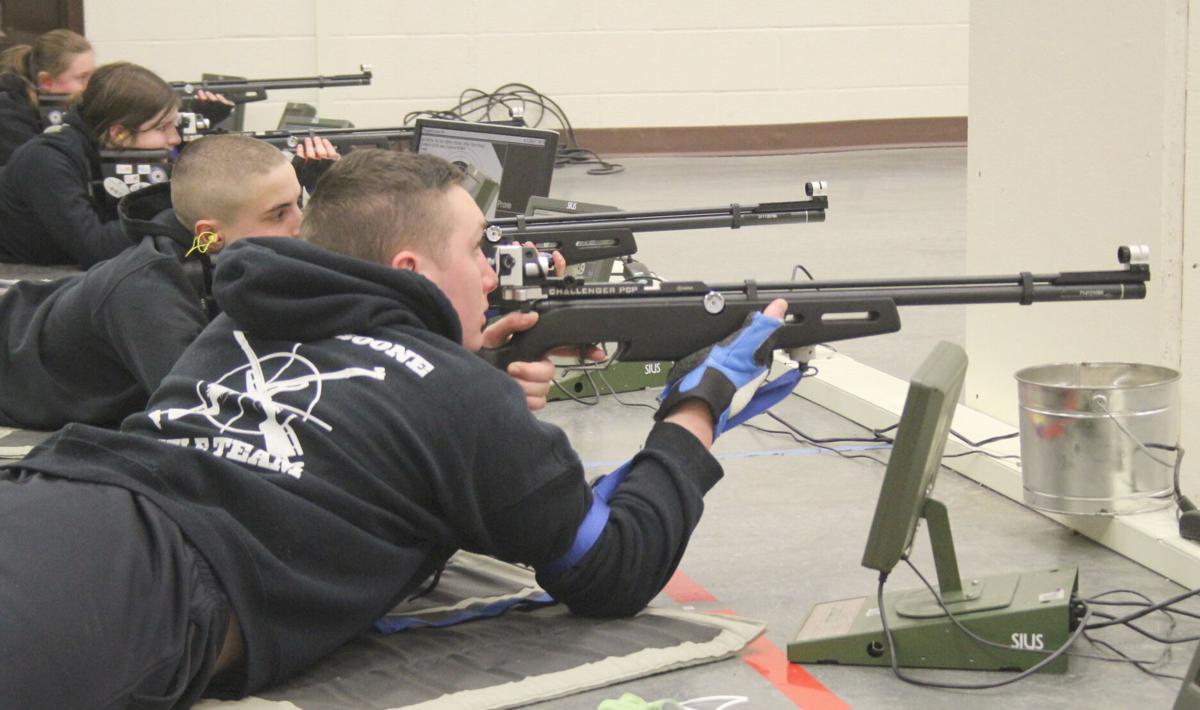 (From front to back) Bryce Ellis, Cole Keys, Olivia Lusk, and Lois Hartley. 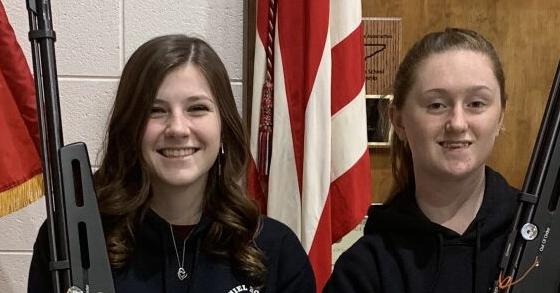 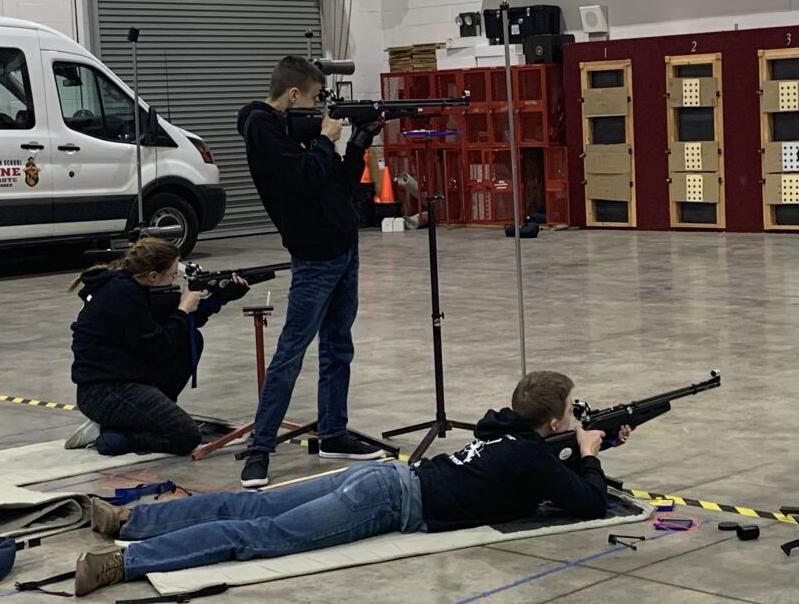 Competitors shoot 60 shots during the competition: 20 from a standing position, 20 from a kneeling position and 20 from a prone position. 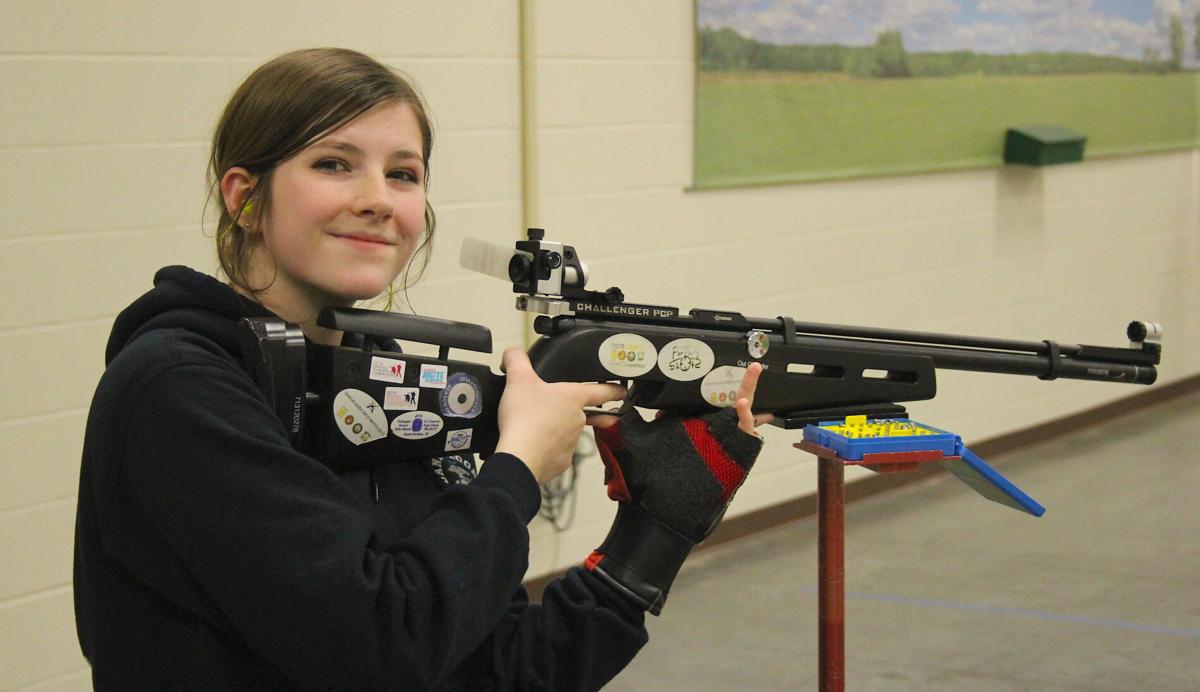 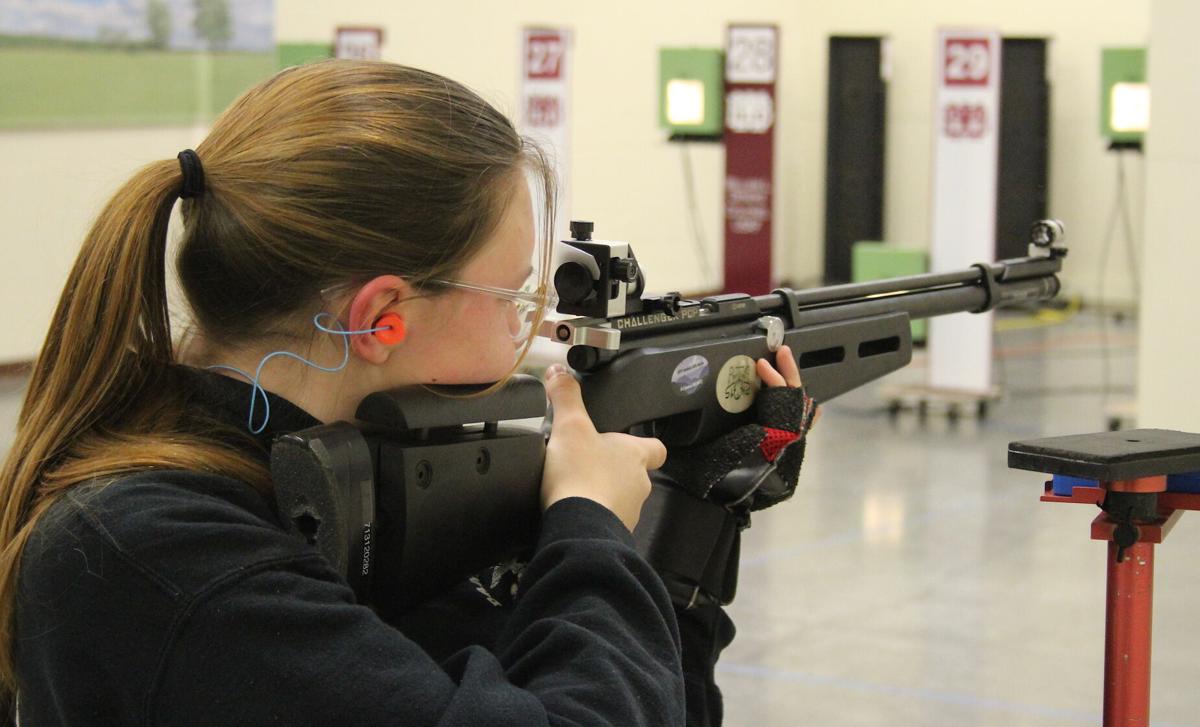 Because of their success in the state competition, the marksmanship team qualified to participate in three different national competitions.

“Being able to finish out my senior year already believing that I wouldn’t have something like that and getting that title, or just getting the title of consecutive Tennessee state champions is really, really awesome, because it kind of switched my outlook on how the rest of the year was gonna go,” said Lusk.

The team shoots in the sporter division of the sport.

In a competition, each team member takes 60 shots at a target from 10 meters away. Twenty are shot while standing, 20 kneeling and 20 in a prone position. Between the four shooters, the team hit 50 bullseyes. Each shooter can also score a maximum of 600 points. Lusk scored 539 points and Hartley 523.

“Shooting is very inconsistent because you have awesome days and you can have absolutely horrible days like two days apart,” said Lusk. “So it’s one thing to get first place in one competition, but now that we’re consistently getting first places in the past couple competitions we’ve competed in, it’s definitely making us feel like all our hard work is worth it.”

The sport is more than just looking through a scope and pulling the trigger, though. It involves a lot of self-discipline.

“We don’t drink caffeine, and we try to cut back on the sugars so when we’re standing we’re not getting shaky,” said Hartley. “So we try to stay as steady as possible.”

The team also avoids spending excess time on their cellphones and participates in a meditation exercise before shooting.

“It’s mindgames,” said Hartley. “You have to train your mind to not think about everything at once and just focus.”

The team will compete in two of their national championships virtually next week at DBHS, and will make a trip to Camp Perry, Ohio, to compete in the National Junior Olympics Program competition.