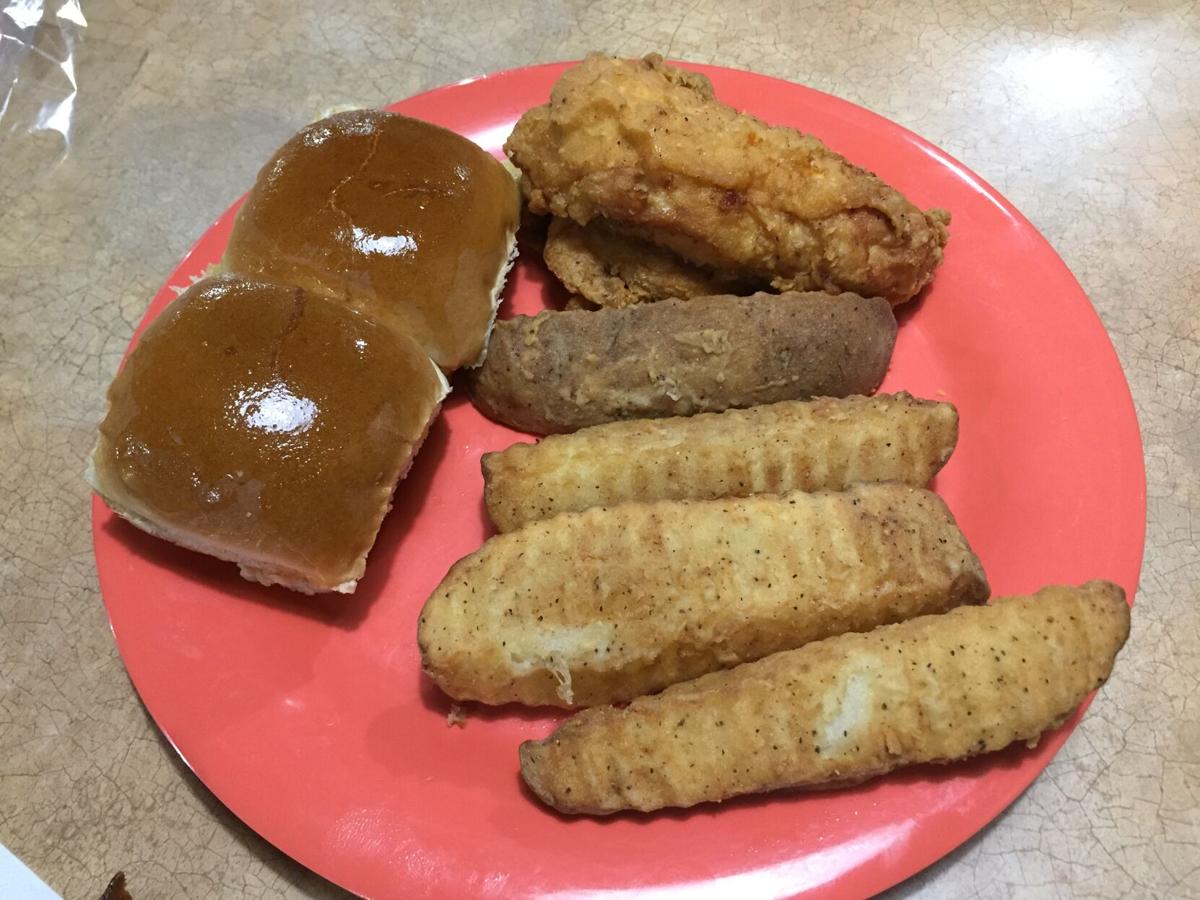 The “broasted” chicken breast was excellent, properly cooked through, breaded and seasoned properly and sporting a crunchy breaded jacket. 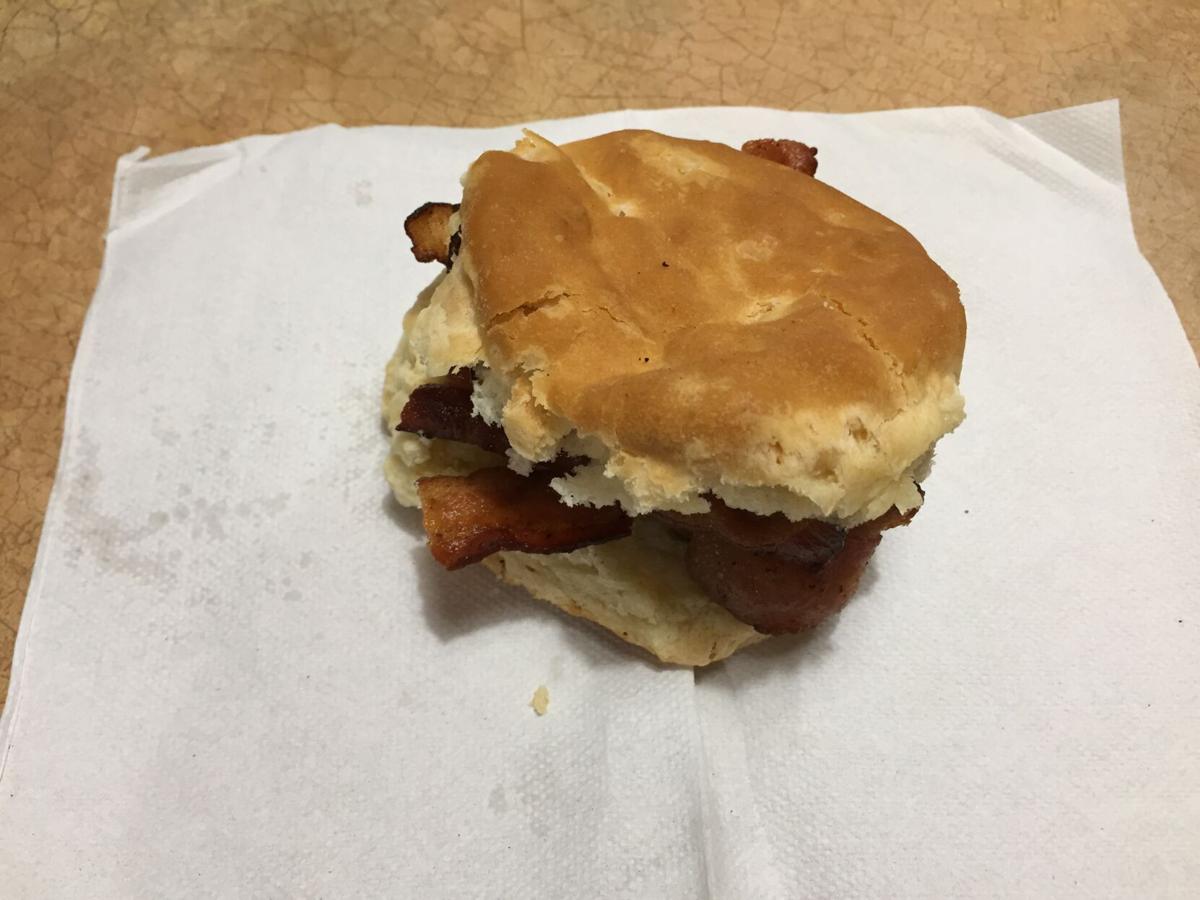 The a la carte bacon biscuit was filled with smoky-crunchy and lean bacon on a scratch-made biscuit; truly the proper way to treat bacon. 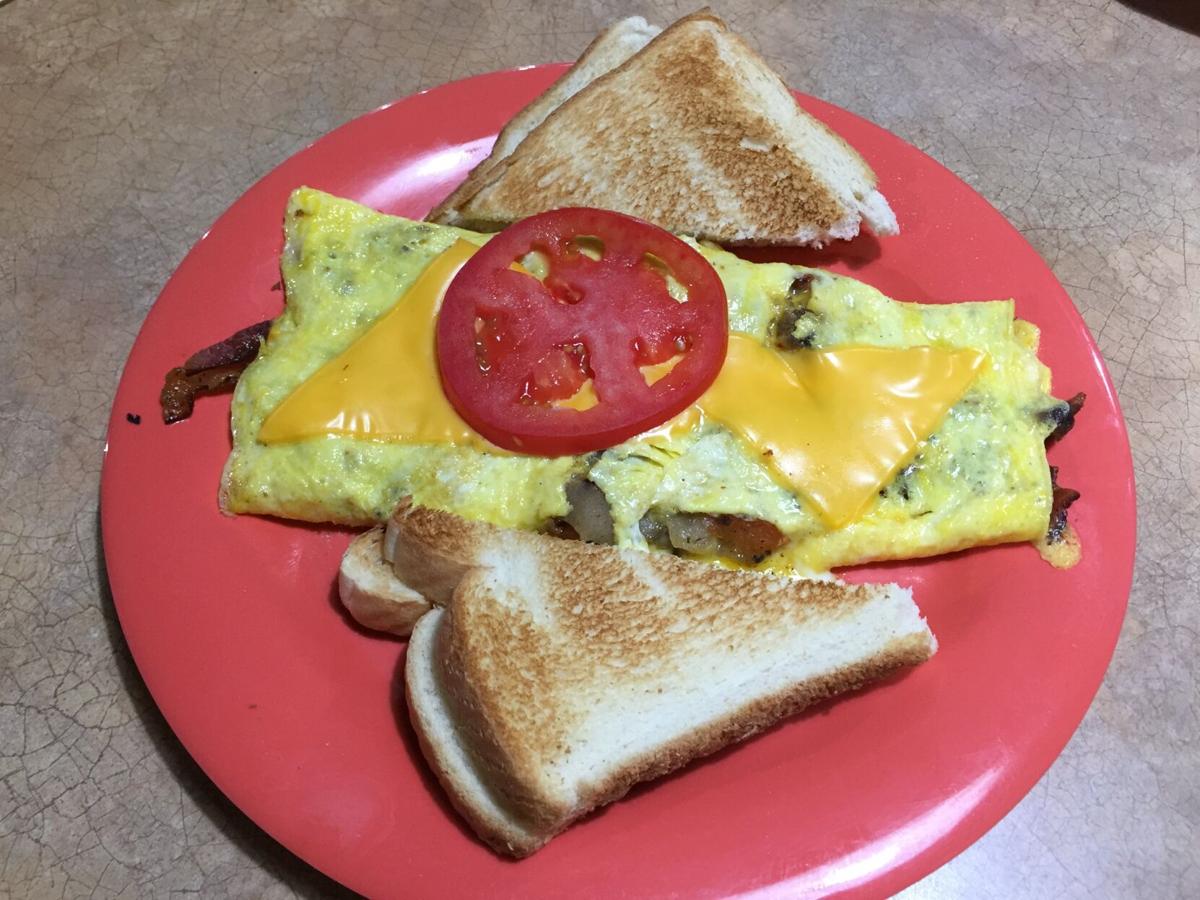 My sample forkful of Cap’n Jack’s best had both sausage and bacon, as well as the peppers, onions and mushrooms, and was very nice indeed. 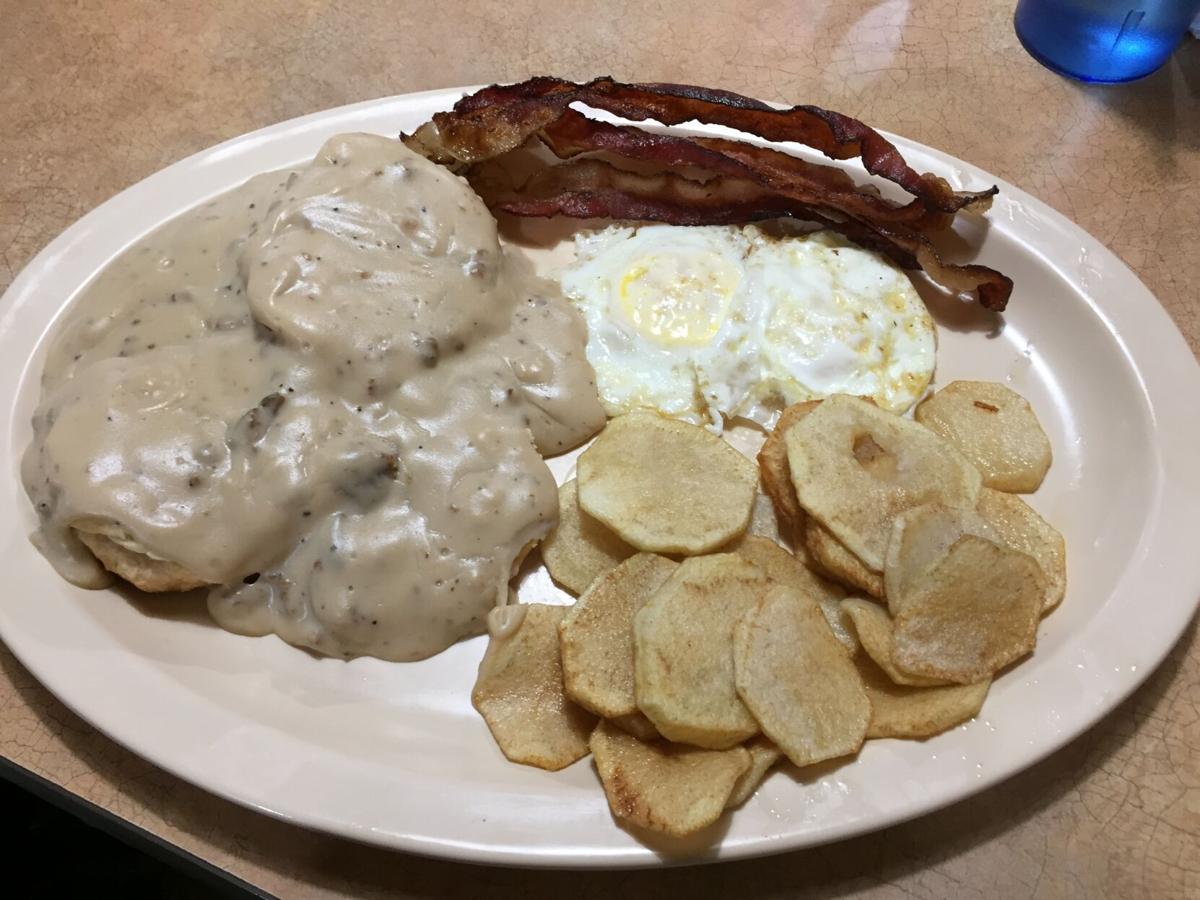 The “broasted” chicken breast was excellent, properly cooked through, breaded and seasoned properly and sporting a crunchy breaded jacket.

The a la carte bacon biscuit was filled with smoky-crunchy and lean bacon on a scratch-made biscuit; truly the proper way to treat bacon.

My sample forkful of Cap’n Jack’s best had both sausage and bacon, as well as the peppers, onions and mushrooms, and was very nice indeed.

Well, just like the pride they feel for their high school football team, Hampton continues to take pride in its local businesses.

There is a new restaurant in Hampton called Amber’s Country Cookin’, and boy does it live up to its name. Serving breakfast and lunch to Carter County folks for the past six months, Amber’s Country Cookin’ has quickly developed a solid clientele of avid and hungry followers who know country, cookin’ and a good thing when they taste it.

You know a restaurant has arrived in Carter County when the county constable and the local Wildlife Resources agent both have their knees under one of Amber’s 21 tables at the same time. With four chairs per table, Amber’s can seat 84 diners in a cozy pine-paneled dining area that features family-friendly bluegrass, high country Appalachian and gospel music.

The good-sized kitchen is overseen by the redoubtable and competent Ms. Betty, while Cheyenne fulfills the role of server and friend maker out front. Two tidy restrooms are near to hand, and there’s a handy drive-up window to assist with Amber’s carry-out business.

Amber’s had received the Johnson City Press’ Reader’s Choice Award in the category of “Best Fried Chicken in Carter County,” so I decided to make Amber’s kitchen prove it. I asked Cheyenne to bring me a fried breast of chicken with a side order of potato wedges and two dinner rolls ($5.50). I also went ahead and ordered one of Amber’s bacon biscuits ($2) a la carte to check it out for myself. The chicken prepared at Amber’s Country Cookin’ is “broasted,” meaning it is deep-fried under pressure, which shortens cooking time while leaving the finished product moist and juicy. My “broasted” chicken breast was excellent, properly cooked through, breaded and seasoned properly and sporting a crunchy breaded jacket that was remarkably luscious. The four potato wedges were also prepared correctly, being seasoned and deep-fried until crispy brown, while leaving each wedge’s country-style potato skin on yet not undercooked.

The dinner rolls were good if not particularly tasty; the smear of butter applied at the grill could have been left off and a pat of butter substituted tableside in its place. The a la carte bacon biscuit was filled with smoky-crunchy and lean bacon) on a fluffy and moist scratch-made biscuit. This is a truly proper way to treat bacon, and a good value at two bucks.

Our friend the Retiree was eating light, and ordered the Captain Jack’s Omelet, being three large eggs scrambled and filled with crumbled bacon, breakfast sausage, a diced mixture of onions, green pepper, mushrooms (but no jalapenos, per our friend’s request), topped with two triangles of melted American cheese and one of red ripe tomato, and sided with two slices of toasted white bread. My sample forkful of Cap’n Jack’s best had both sausage and bacon, as well as the peppers, onions and mushrooms, and was very nice indeed.

Meanwhile, my dining partner, who’d been working on the garden since sun-up, wanted something substantial. Her choice was the Country Boy’s Platter, starting with two fried eggs her way (over medium well), to which was added three strips of Amber’s crispy bacon, next a couple of Amber’s biscuits smothered with sausage gravy, and lastly a side order of home fries. The bacon was delicious, as were the eggs and the biscuits and gravy. The home fries could have been moister; slicing them thicker would fix that. Taken as a whole, Amber’s Country Boy Platter is more than able to tame any size breakfast appetite, handling my dining partner’s hunger with relative ease.

At being just six months in business, Amber’s Country Cookin’ is a really good restaurant with a solid and delicious menu produced by a kitchen whose cook, Ms. Betty, really knows her stuff, and is flexible enough to cook what you want and do it your way. Cheyenne is professional, knowledgeable and most important of all, friendly. A smile from this young lady is sure to brighten anyone’s day. After a meal cooked by Ms. Betty, the smile will be on their face as it was on my friends and mine. Yes, Hampton can be very proud indeed of Amber’s Country Cookin’. Here’s hoping they continue to build on their success and reputation.

Recommended by the Mystery Diner