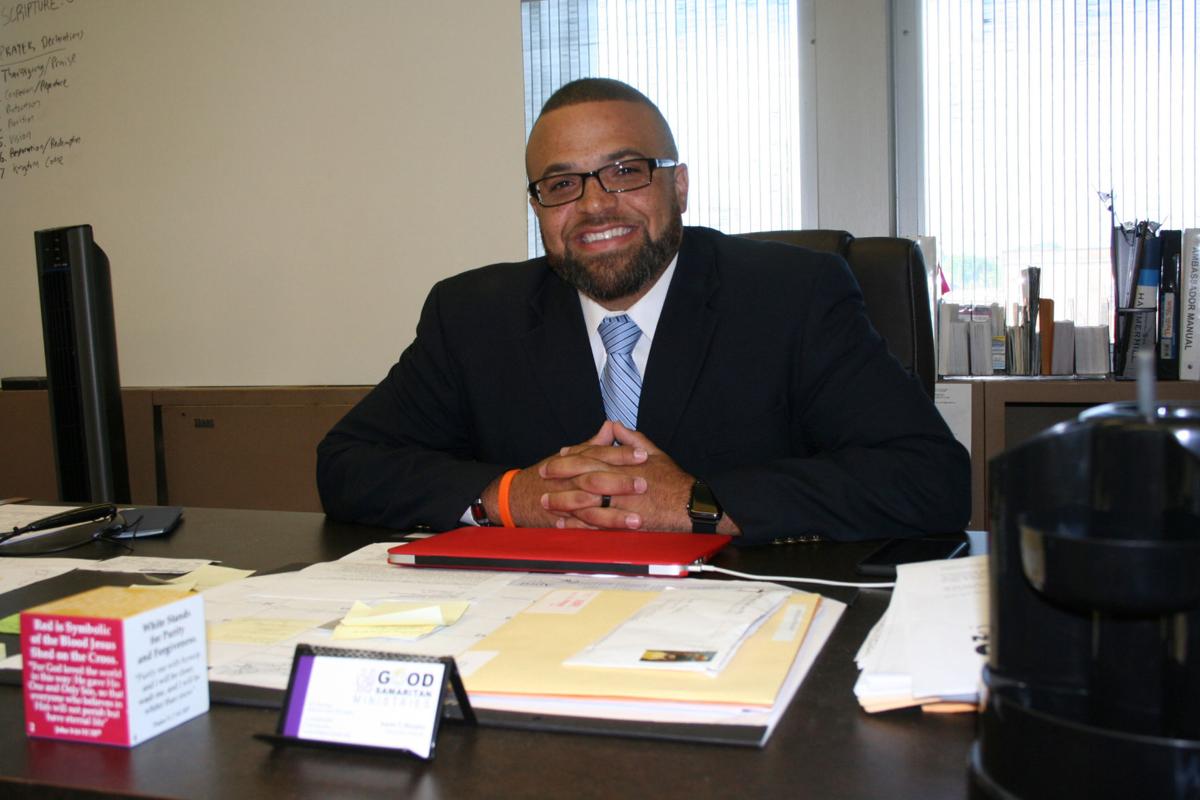 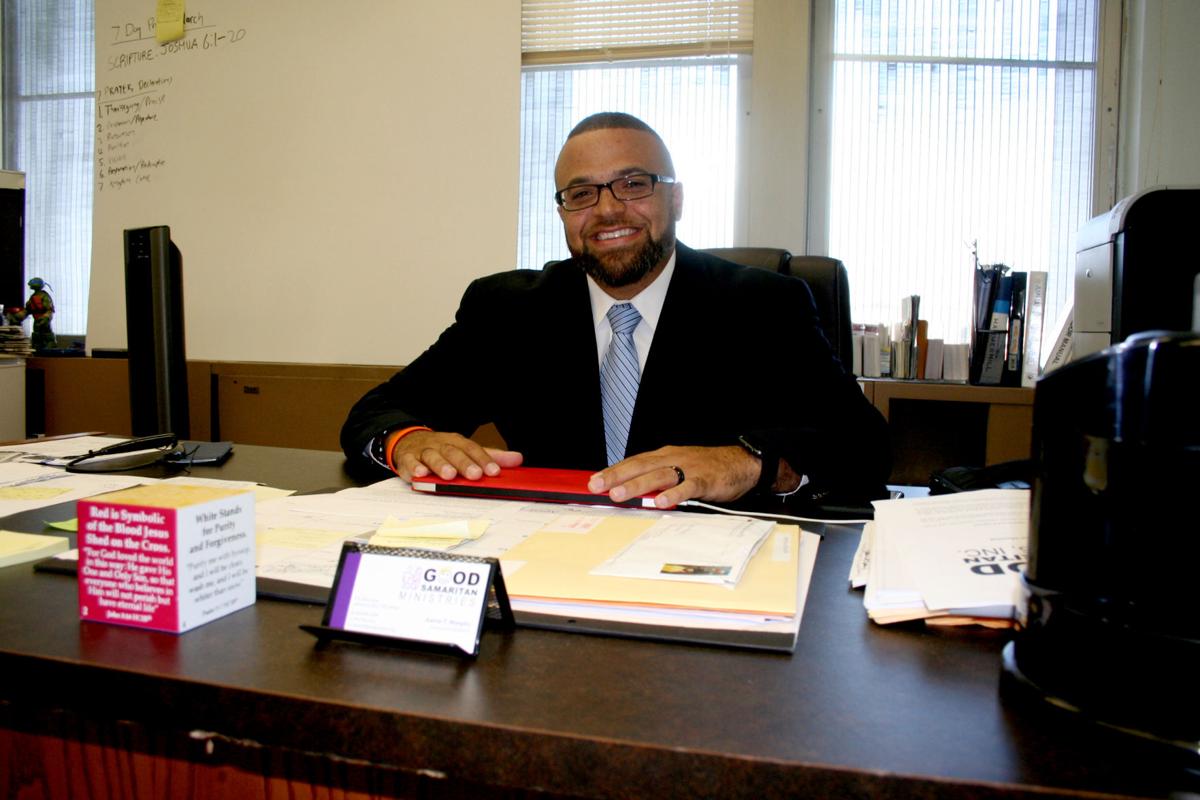 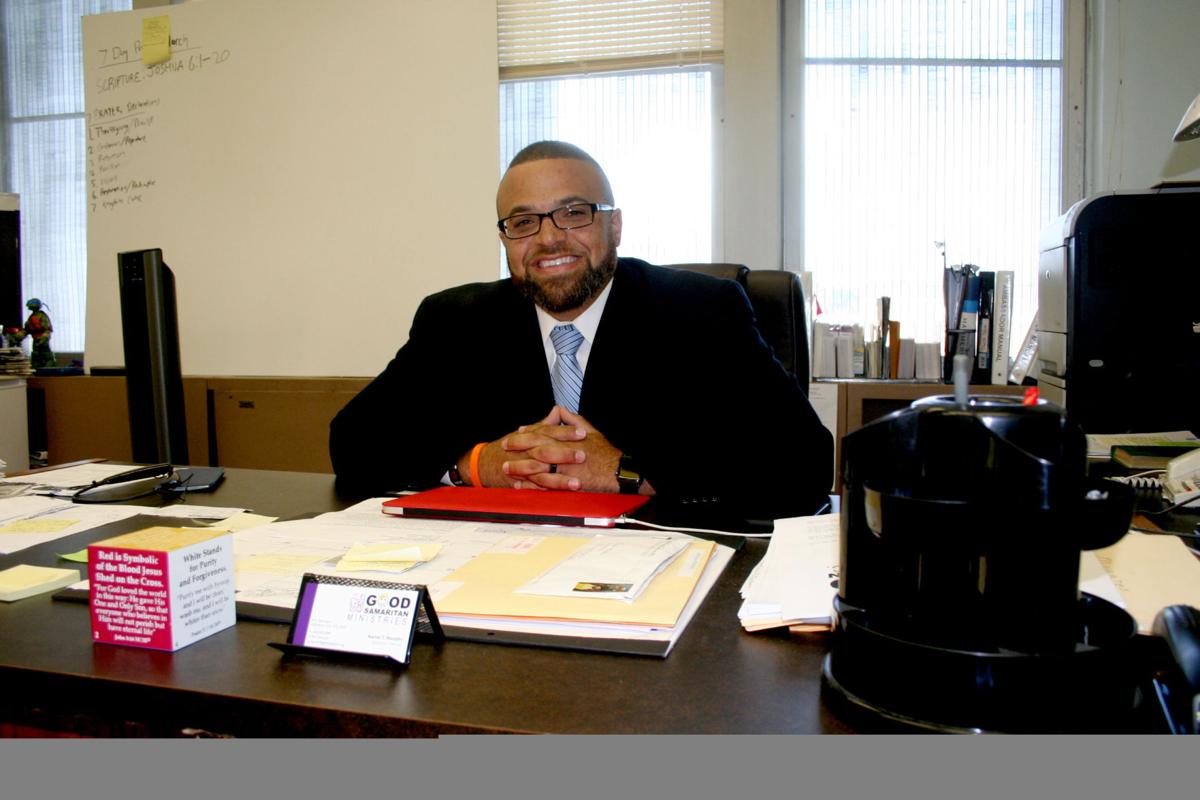 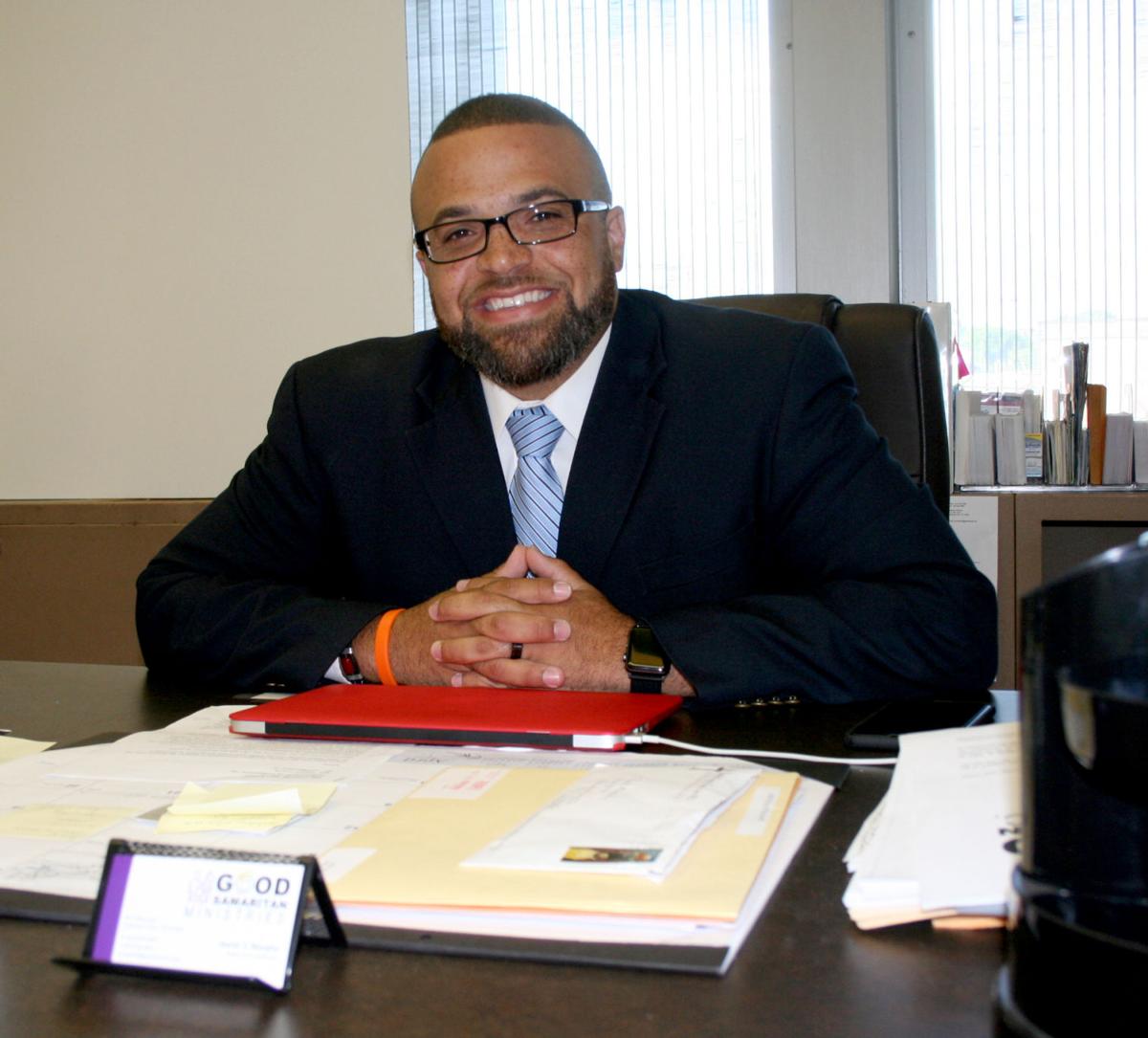 Over his past two years as executive director of Good Samaritan Ministries, the local community has come to know Aaron Murphy as a dedicated young minister with a passion for service to the the homeless and poor.

What most people do not know about Murphy is that he left promising career as a civil engineer and a six-figure income to follow that passion.

“Growing up, I never thought I would be doing this,” he said. “But God touched me in a particular way and opened my eyes to the needs of the world, particularly in this part of East Tennessee.”

“I see myself as a missionary. I’m here to defeat poverty, defeat hunger. A lot of people prefer to mission in other parts of the world but East Tennessee is a mission field. Every day I see people facing eviction, people who have no water; they have have no food.

A native of Memphis, Murphy grew up in a church in which his father served as a bivocational pastor, working a regular job as a district superintendent for Norfolk Southern Railroad and also as one of several ministers leading a large Baptist congregation of some 2,500 members.

While he still considers Memphis home, Murphy said the city’s high crime rate, and its per capita murder rate in particular, caused his parents to encourage him to leave for college at East Tennessee State University.

Here Murphy met his wife, Courtney, and earned his bachelor’s degree in construction and technology engineering. With help from his mentor and professor at ETSU, Dr. Keith Johnson, he landed a job as a field engineer for Robins & Morton health care contractors that put him to work on hospital construction projects from Tennessee to Arizona and many states in between.

By 2009, Murphy had been promoted to project manager overseeing large staffs and working under extreme deadlines on $7 million to $50 million hospital construction projects while maintaining a home here with Courtney, who was pursuing her own career in nursing.

“The plan was for her to come on the road with me but I ended up buying a condo and coming here to spend time with her,” he said. And it was during that time, that he began to feel God may have another plan for him and felt a calling to follow his father in the ministry.

He and Courtney prayed. Murphy made a decision to pursue a master’s degree in divinity. And one week after making that decision, amid the greatest economic decline in his lifetime and a pronounced faltering in the construction industry, Murphy received a layoff notice that he took as confirmation God was working on a different plan for him.

He toured Emmanuel Christian Seminary at Milligan, applied and was awarded a full scholarship. Three years later with his divinity degree secured, Murphy said he had decided to take a year to debrief and consider his next step when he met Sarah Wells, his predecessor at Good Samaritan.

At that time he had been working as a youth minister at Thankful Baptist Church and with friends from Emanuel, had recently launched a church plant, the New Community Life Church, that was meeting then at the Rise Up! For Kids youth center on East Millard Street.

Wells offered him a part-time job as Good Samaritan’s director of church and community relations. Again he and Courtney prayed. And when he accepted the job with the ministry, Murphy said Wells took him under her wing. “2014 was the year God clapped and said, ‘Here you go. Here’s Good Samaritan,’ ” he said.

In June 2015, Wells retired from the ministry and Murphy was appointed co-director of Good Samaritan with Wells’ daughter, Kristen Bowers, while the ministry’s board of directors launched a search for a permanent director.

He was offered the director’s position the following December. He and Courtney prayed yet again and he accepted the position.

“We had some challenges at Good Samaritan and God has helped us overcome,” he said. “We have challenges now.”

“I stand on the shoulders of a lot of leaders who went before me here at Good Samaritan. And I believe that this is my season to do the best I can to help the community. I know this is a very important role and I don’t take it lightly. ... I pray daily. And I surround myself with people with knowledge and ability and a high level of accountability, my family and the Good Samaritan board of directors, that help Good Samaritan go where God wants to take it.

“At Good Samaritan Ministries we are doing the work of Jesus Christ as an extension of every church, every business, every individual who wants to meet the needs of people in this community.

“We meet those people. We have social workers trained and experienced to help them. We know what we are doing is meeting only a portion of the need that is overwhelming. It’s overwhelming to see all the need. And we are doing all we can.

“In working in the lives of people, you can teach a man to fish. We’re doing budgeting classes and other classes to change their lives, to allow them to achieve anything they have to do. Hopeless defeat doesn’t have to be your future.”