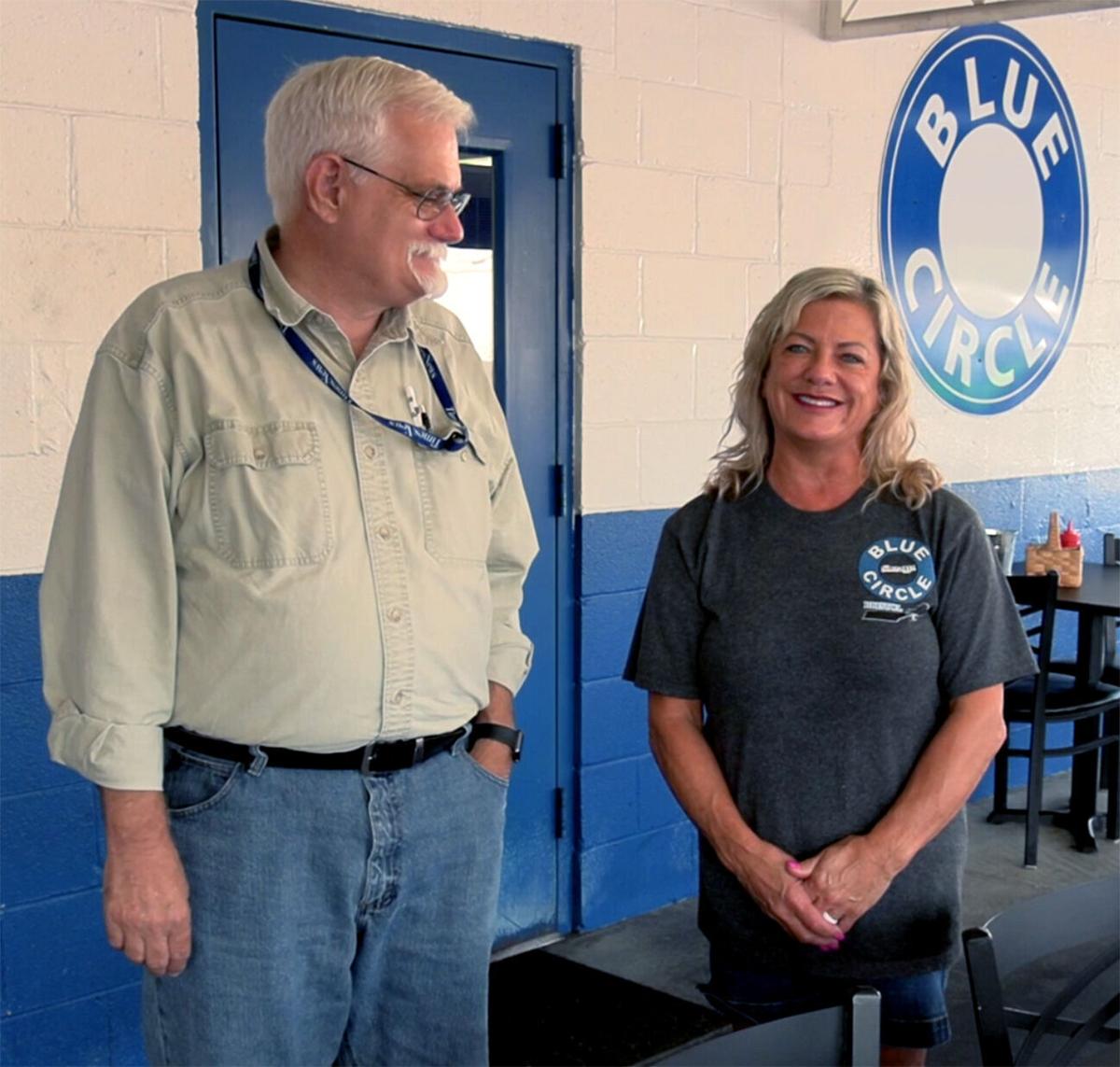 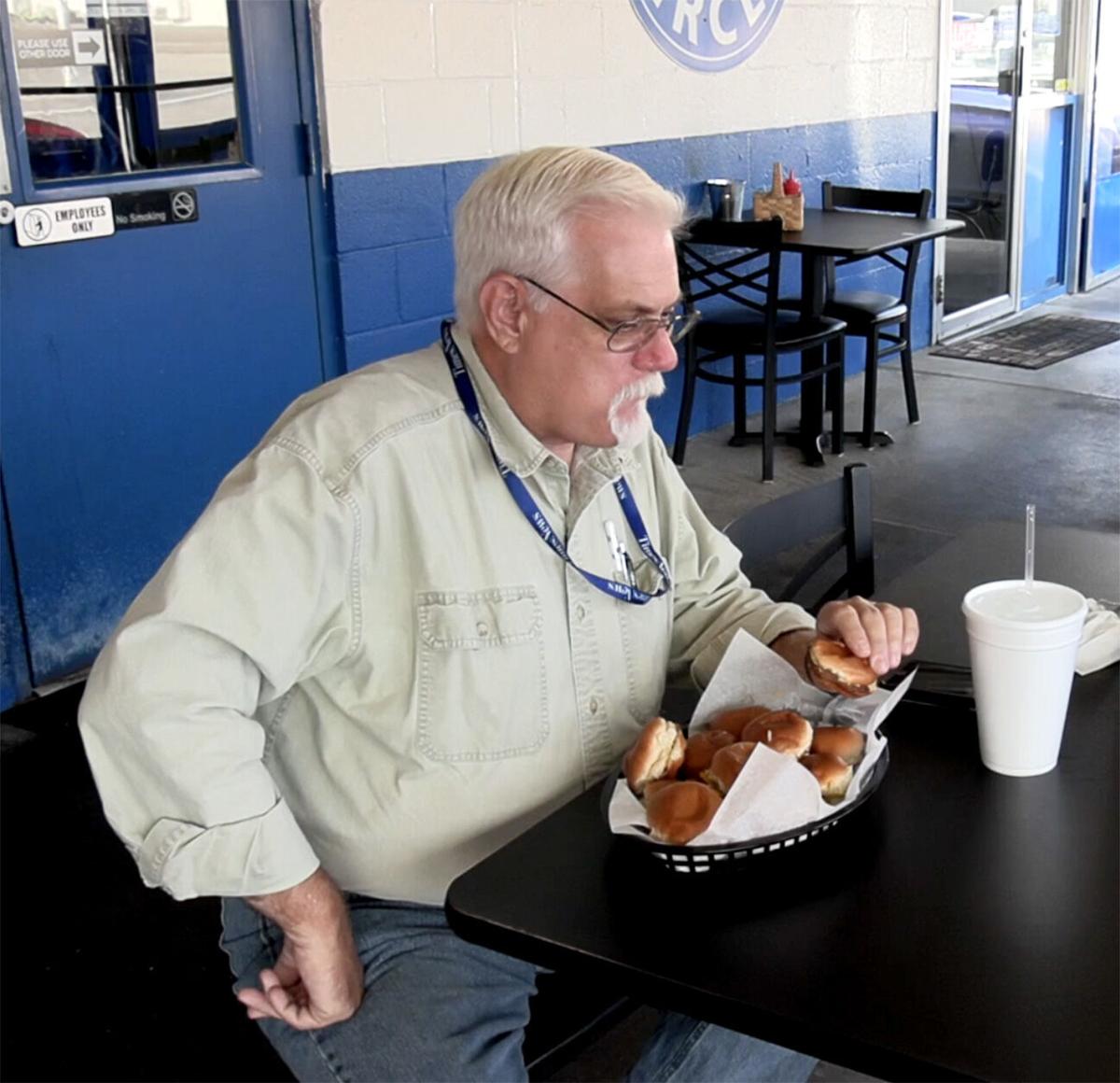 Mike Still digs in on the first — and last — platter of sliders as he gives the Blue Circle Slider Challenge a try. 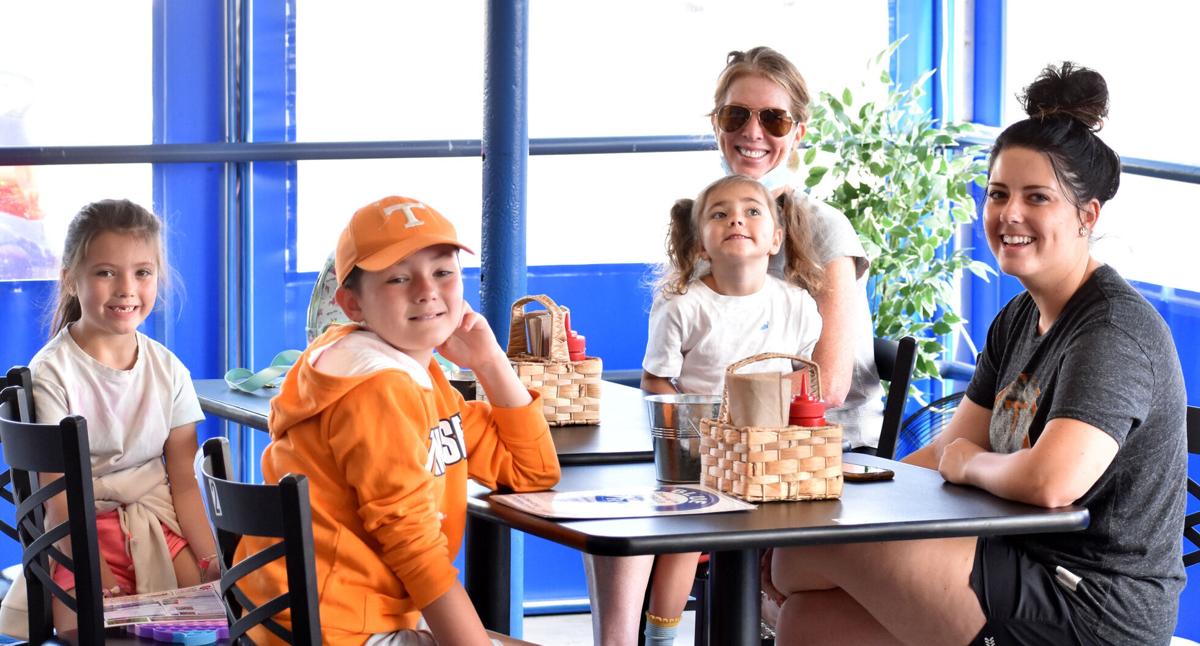 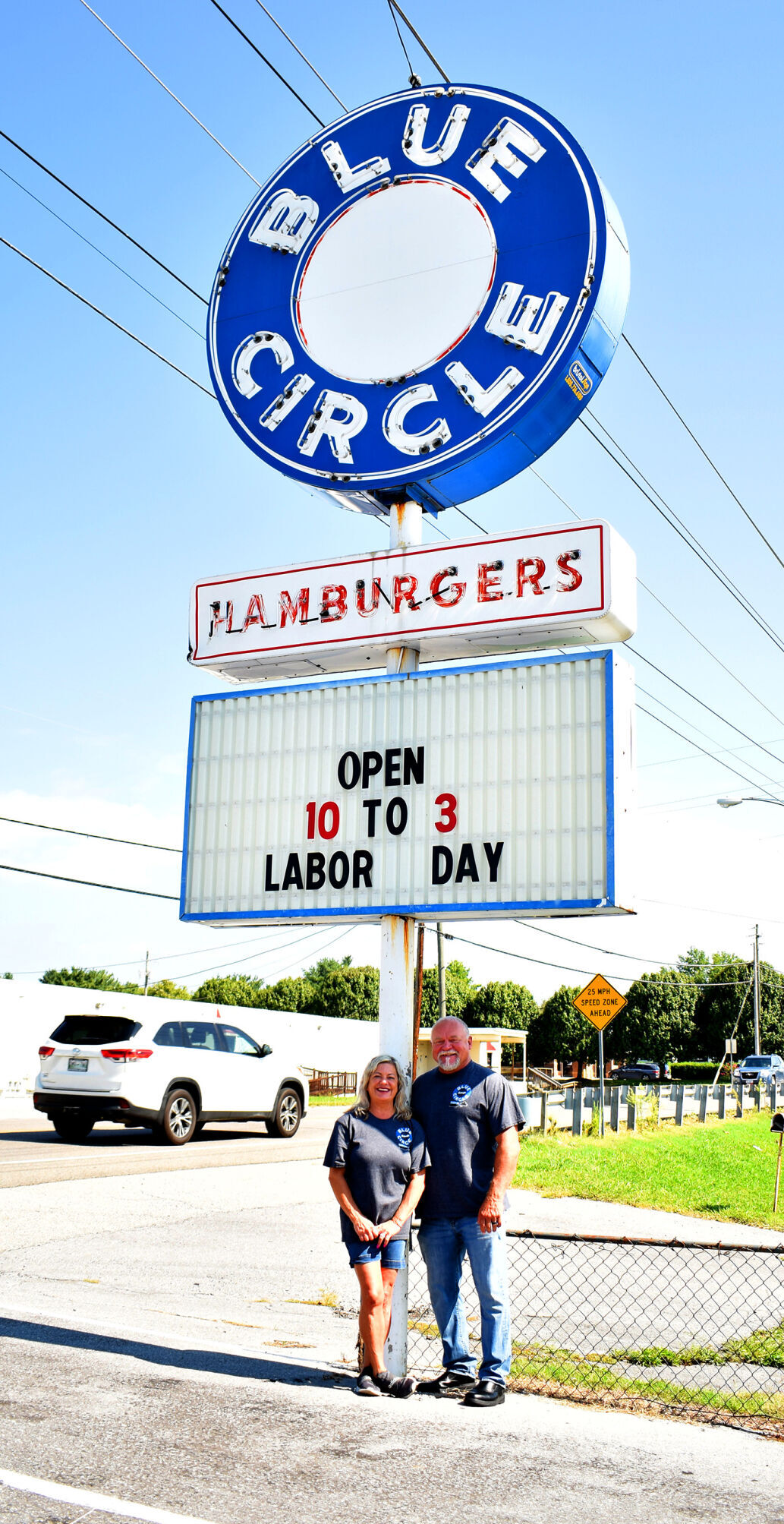 Debbie and Mark Sourbeer at the Blue Circle.

Mike Still digs in on the first — and last — platter of sliders as he gives the Blue Circle Slider Challenge a try.

Debbie and Mark Sourbeer at the Blue Circle.

BRISTOL — In almost six decades of life and almost three decades as a reporter, I’ve learned a few lessons about food.

Anyone who wins eating contests is someone to be respected … or avoided.

Your eyes are always larger than your stomach.

When you get old, you’re going to get indigestion.

And my latest lesson? Debbie and Mark Sourbeer make a pretty good slider.

It was an interesting choice of volunteer requests Kingsport Times News editor Rob Walters announced a couple of weeks ago — work on Labor Day, take the Blue Circle slider challenge. Only 40 sliders in 30 minutes.

Morbid curiosity got the best of me, and I said sure, it’ll be fun.

I didn’t practice in the obvious way. With two almost-pups and three cats in my house, I’m resigned to a certain kind of eating that most pet owners out there know all too well.

Instead, I surfed about for some techniques that professional gluttons like the perennial winner of the Nathan’s Hot Dog Eating Contest use to win without dropping dead. About the only method that looked safe and practical was to drink only water, not soda, to keep things moving down the gullet.

Stephen King fans will remember the movie “Stand By Me” and the fantasy sequence about the pie-eating contest. I already decided that the challenge would not turn into that.

And then the day came.

Debbie and Mark bought the Blue Circle almost exactly two years ago. The Irwin family opened the drive-in on Bluff City Highway with a small dine-in area in 1959, and the restaurant passed through a couple of other owners before the Sourbeers decided it was time for a career change.

“I used to own tanning salons, then I went into cosmetics at Belk,” Debbie said.

“I was in the scrap metal business,” said Mark.

“We heard it was for sale,” Debbie added, “then one day we quit our jobs and took the plunge.”

Debbie arrived at the appointed hour, happy and ready to share why the Blue Circle challenge was 40 sliders in 30 minutes.

“There’s only two that have come close, Randy Santel and Brandon the Garbage Disposal,” Debbie said with a laugh. “Randy beat the previous winner with 39 sliders. That’s why the next person has to beat the record by one more slider.”

“Don’t drink too much water,” Debbie told me as I examined that first platter of a dozen fresh sliders. “They say it makes the bread swell in your stomach.” And she asked if I wanted a Prilosec before I started.

I thanked her but decided I should at least give it a try without performance enhancers. Luckily, the World Olympic Committee doesn’t oversee this challenge.

What sliders they were. They weren’t the sliders I used to eat late at night at a certain chain restaurant while in grad school in Richmond. These had perfectly cooked beef, chopped onion, mustard and a pickle slice. The buns weren’t your standard chain restaurant dinner roll. They were closer to those cafeteria yeast rolls with a glossy outer crust and fluffy inside.

Debbie and I synchronized our cell phone stopwatches like something out of “Twelve O’Clock High,” and on a three-count, I dug in. To save you the suspense, acid reflux hit me in the middle of slider two. Yep, I didn’t quite pace myself, and it took me about 25 minutes to overcome the attack.

But I’ll be honest, it wasn’t the slider that was the problem. As I watched my stopwatch wind down and my GI tract tried to get back in gear, that was when I realized it — the Blue Circle slider is not something to shovel down. It is a piece of culinary art to be savored in at least three or four bites.

Debbie said the Blue Circle had its moments, like other restaurants, when the pandemic hit last year. The clientele didn’t abandon the Sourbeers, though, and the Circle adapted by adding an expanded dining area on some of the drive-in parking spots.

“When the state started letting restaurants reopen, we were up 50% of our business before the pandemic,” Debbie said. “We’ve been doing great ever since.”

I gave two sliders to our cameraman, Jared Bentley, and I managed to rebound and finish two more when 30 minutes passed.

“Usually when we do this, the table and floor are a mess,” Debbie said, marveling at a table with only a couple of flecks of onion. I guess it’s easy to keep a neat table when you’re running at 10% of capacity of the previous champions.

Jennifer Blizard, her daughter, Brittany Carrier, and her children Evie, Avery and Noah arrived just as Debbie and I were clearing away the scene.

“There was a man watching when we came in” said Carrier, “and he said, ‘There ain’t no way I’d do that.’”

Carrier said she had no plans to eat any two-digit servings of Blue Circle sliders.

“I just eat three, and sometimes I’ll mix it up with other items,” Carrier said, “but they’re good enough no matter how many you get.”

“You’re not the first, and you won’t be the last,” Debbie said, bringing a to-go box so I could carry off the leftovers.

I didn’t win the Blue Circle T-shirt, and I didn’t get my name on the winners board, but I got something just as good — six delicious burgers that I didn’t have to share with my dogs and cats as I drove home.

And if you take the challenge and win, let me know.