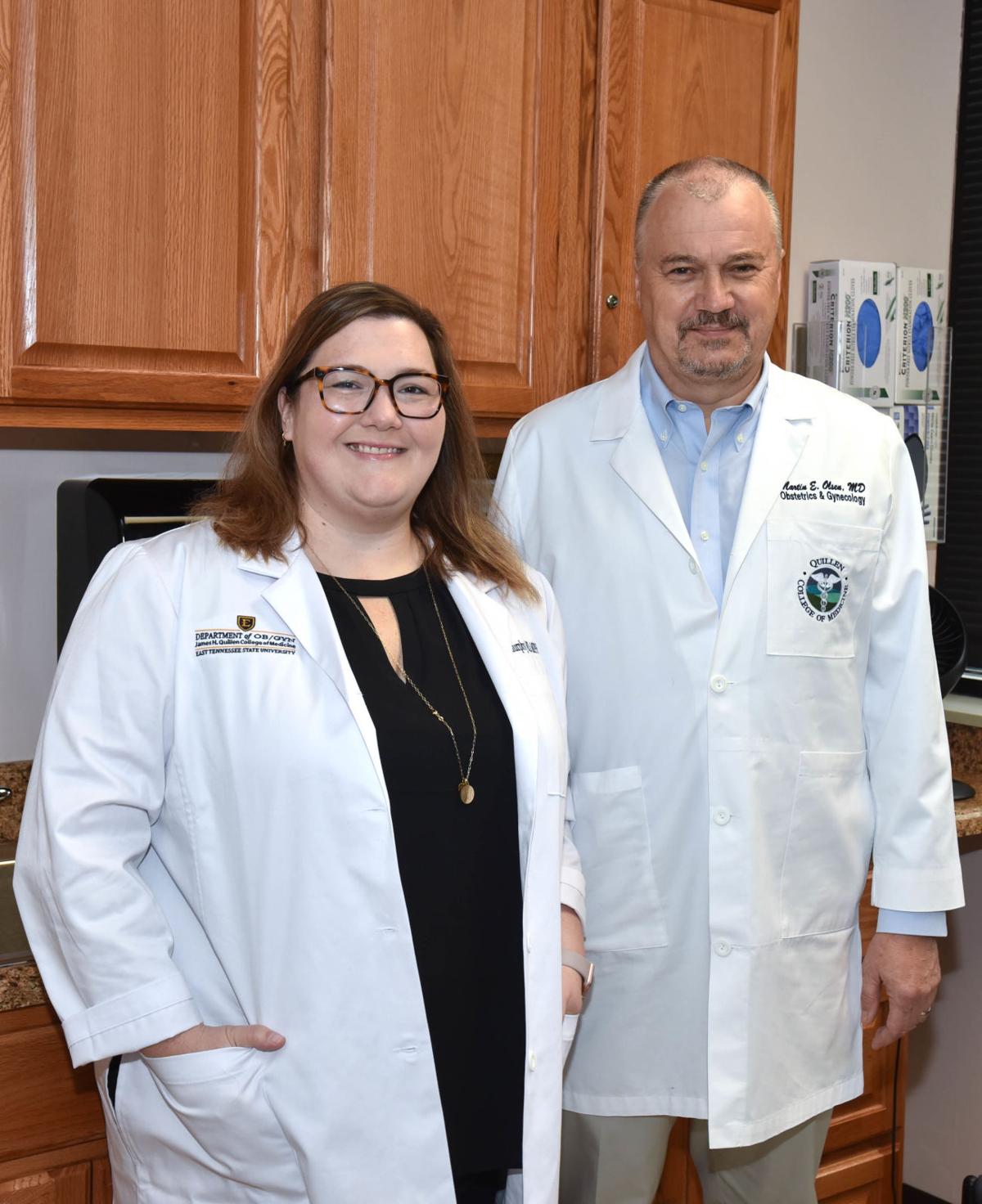 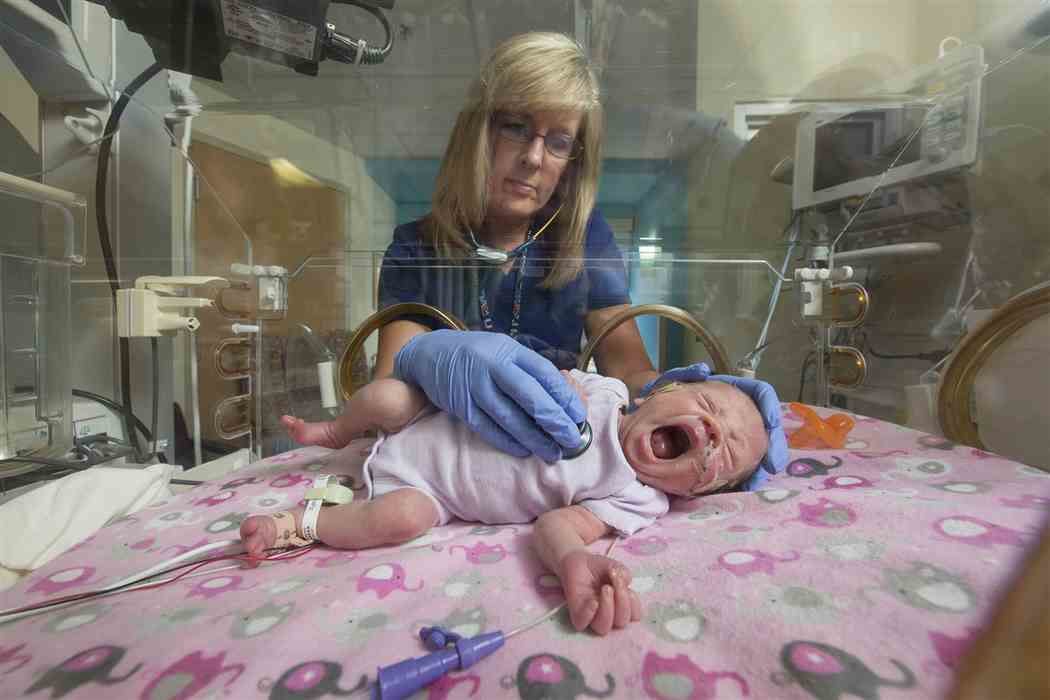 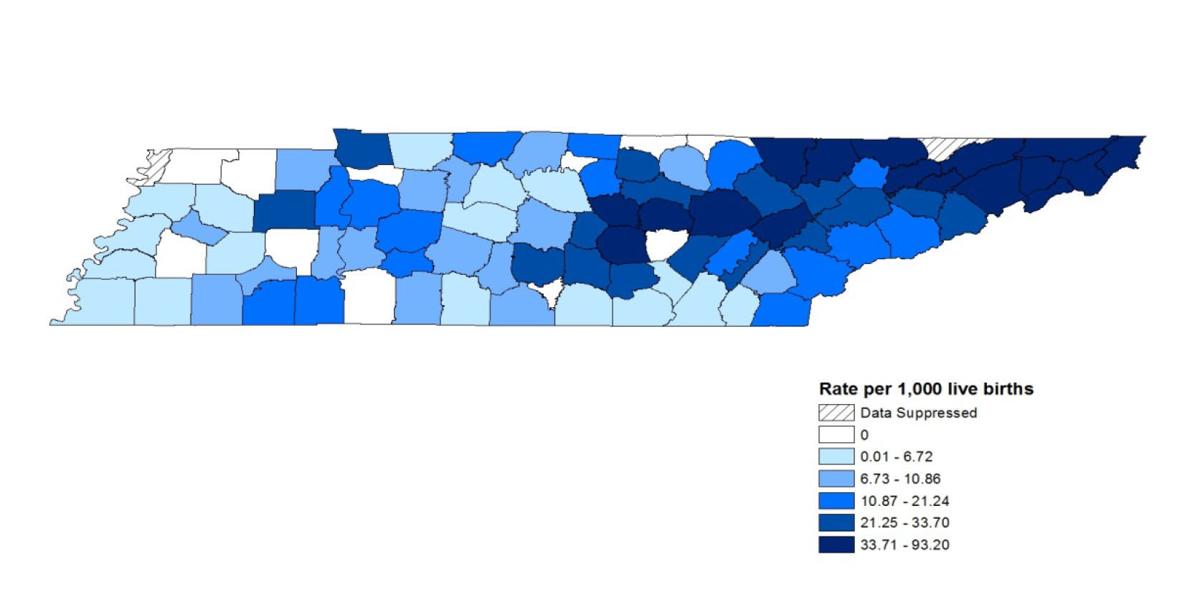 Through a recent expansion of its Neonatal Abstinence Prevention program, East Tennessee State University Health OBGYN in Johnson City is hoping to reduce the high number of infants born with drug addiction.

Neonatal abstinence syndrome, or NAS, occurs when infants experience withdrawal symptoms from drugs they were exposed to in the womb. The syndrome can result in low birth weight, seizures, vomiting, tremors and death, causing infants to be transferred to intensive care units.

According to 2017 data from the Tennessee Department of Health, Northeast Tennessee has some of the highest neonatal abstinence syndrome rates in the country — anywhere between 33.71 and 93.2 NAS births per 1,000. Over the past decade, Tennessee has had a 10-fold increase in the number of babies born with NAS.

In Johnson City, ETSU Health physician and professor Dr. Marty Olsen estimates that 9% of pregnant patients are on buprenorphine, the generic ingredient found in Suboxone.  Buprenorphine helps patients cope with drug withdrawal symptoms, but it’s also the biggest cause of NAS in Tennessee.

“It appears from our data that one out of every 11 pregnant women in Johnson City is on Suboxone when she conceives, so that’s just huge,” he said. “What we’re trying to do is decrease the doses of medication.”

Since 2016, Olsen said more than 150 patients have participated in the program and all have been able to decrease their dose of buprenorphine or come off the drug completely.

“Our goal is to get people off completely, but that is very, very difficult. But the patients we take care of, as a group, are all at least able to lower their doses,” he said.

In 2016, ETSU Health began piloting a program to help pregnant women safely lower their dosage of the medication Subutex, another opioid treatment medication. The goal of the program, conducted with the help of additional counseling and Frontier Health, is to help taper mothers’ doses down to two milligrams or even lower for many patients.

“We are adding some health counseling, so a small group of patients, as a pilot project, will be able to get counseling done right in our office,” Olsen said.

The ETSU Health program has also recently expanded to accept new patients with the addition of another physician, Dr. Jessica Murphy.

“It is important for providers to treat the whole patient,” Murphy said. “Addiction is a medical diagnosis, and when pregnant women come to us, we don’t want to say to them, ‘We’ll treat your pregnancy and someone else has to deal with your addiction.’ What we are providing is an important part of health care, and we’re seeing a difference that it makes in patients’ lives.

“So many pregnant women who have substance use disorder feel like their lives are chaotic and there is a feeling of lack of control,” Murphy added. “This program is a way to reintroduce a measure of control in their lives, and ultimately the hope is that they will deliver healthy babies.”

Olsen said he has been pleased to see other physician colleagues seeking certification to prescribe buprenorphine. He said physicians need to be closely involved in that process, and Suboxone clinics shouldn’t be considered the only source of treatment for patients.

“When you have a condition so pervasive in a community, to say that condition is something primary care doctors don’t treat when we treat all these other conditions is not appropriate,” he said.