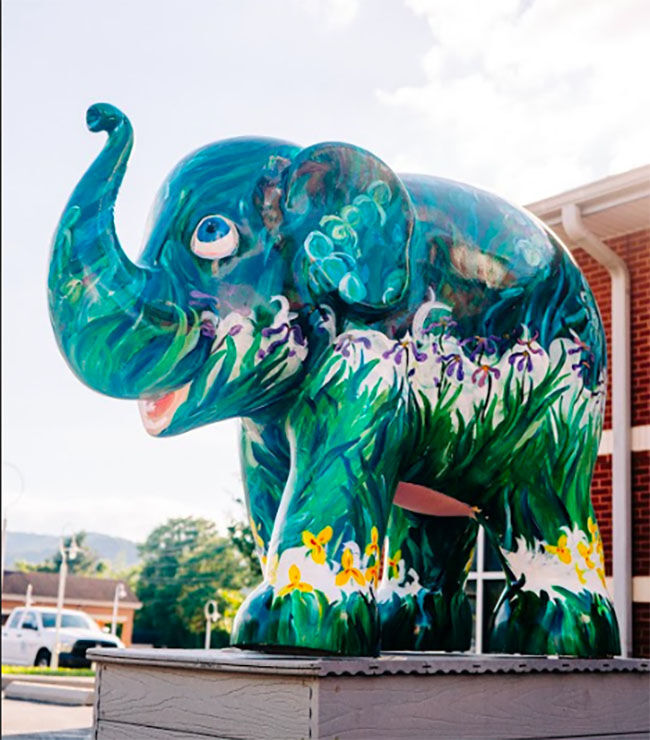 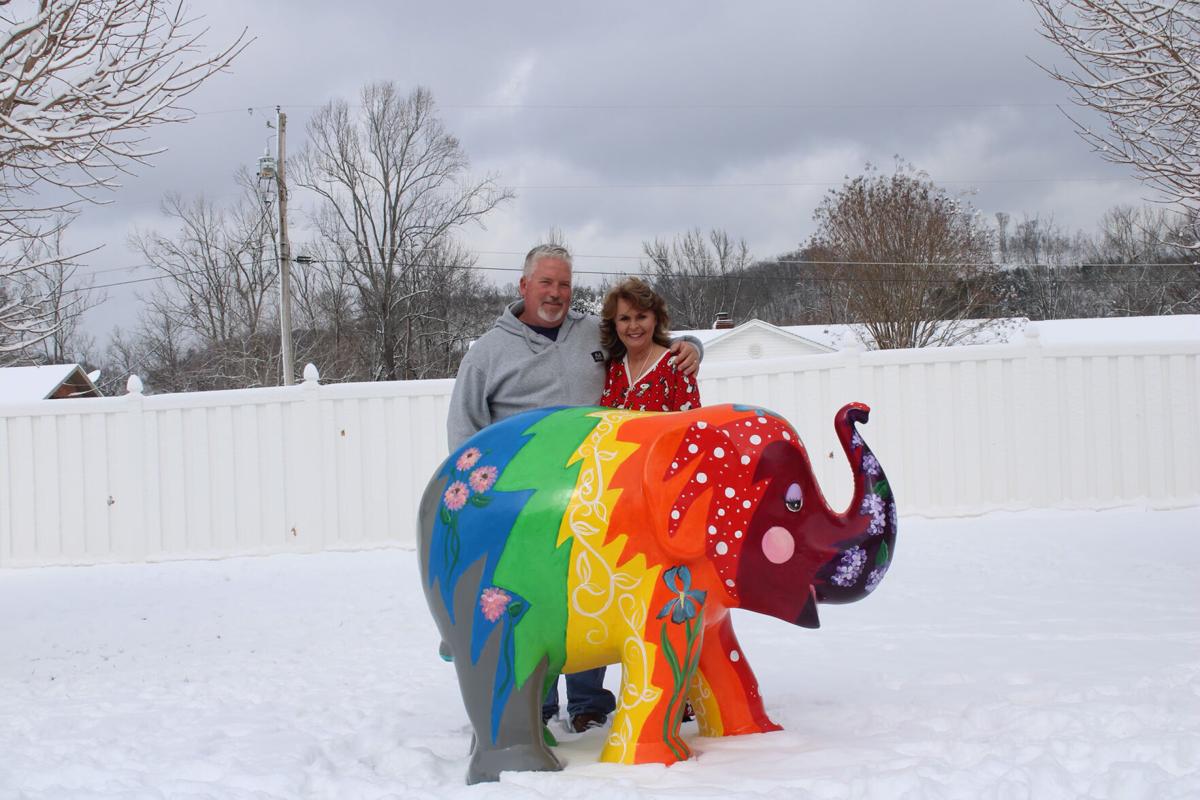 David Baines, of Elizabethton, surprised his wife Mary at Christmas with the Coat of Many Colors elephant in the 2020 Elephant Revival. 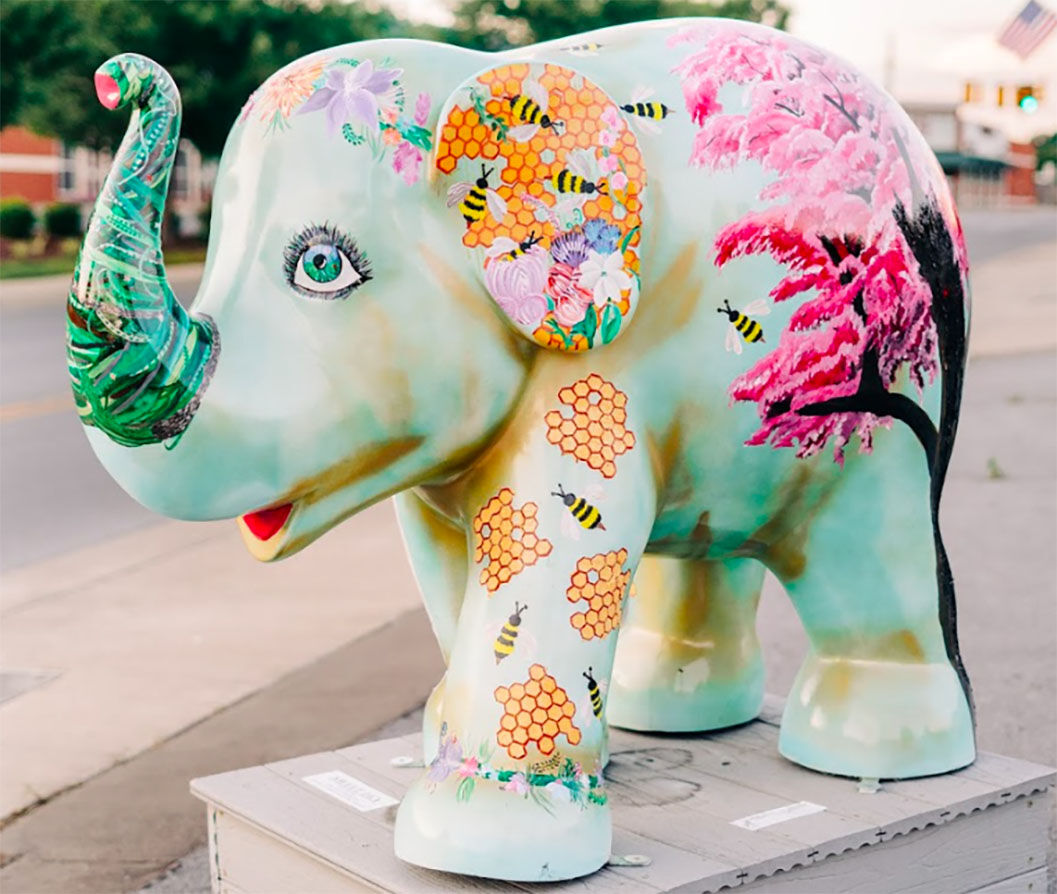 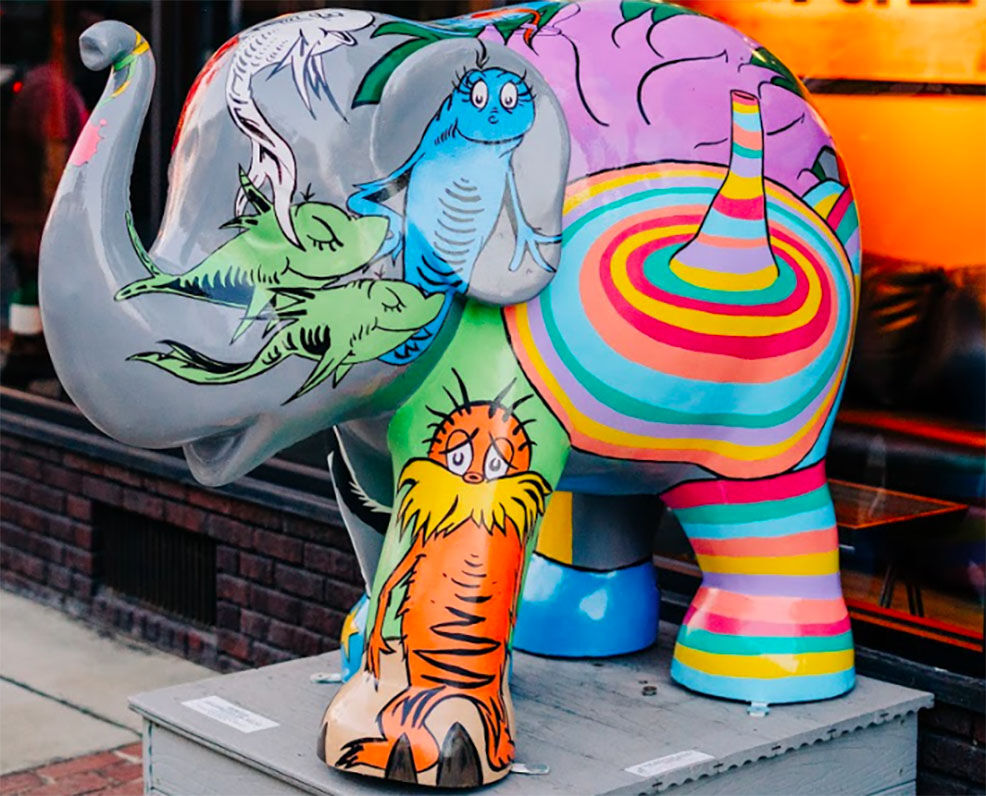 David Baines, of Elizabethton, surprised his wife Mary at Christmas with the Coat of Many Colors elephant in the 2020 Elephant Revival.

Imagine waking up on snowy Christmas Day 2020 and seeing a 5-foot, brightly painted elephant in your yard.

It can happen, and it did for one lucky elephant lover.

The Coat of Many Colors elephant, along with seven other elephants of various designs, raised $35,000 in a silent bid auction Dec. 1, according to Jamie Rice, communications specialist for Erwin.

David Baines, of Elizabethton, surprised his wife, Mary, with the elephant of her dreams.

The Erwin Elephant Revival, started in 2017, was designed as a way to put a more positive light on the town’s notorious image related to the elephant Murderous Mary. The circus elephant killed her trainer in Kingsport, and officials determined she had to be killed. The only place to do the deed was at the railyard in Erwin.

The Elephant Revival was created in such a way as to honor Mary. The first year, all proceeds from the open auction — public at that time — went to the Elephant Sanctuary in Hohenwald, located south of Nashville.

After that first year, proceeds were divided between the sanctuary and a charity of the winning bidder’s choice.

Rice said 2020’s 60-inch elephants were taller than previous years’ 30-inch-tall pachyderms. The town had previously ordered them from a manufacturer in Denmark, but could no longer get those. Now, the elephants will come from a company in Nebraska; the commissioned molds were designed specifically for the Elephant Revival.

“We have our exclusive design now,” Rice said.

And while the money from the auction doesn’t go directly to the town, there are benefits.

“We benefit from this auction because these elephants are on Main Street and we get foot traffic downtown,” Rice said. “The merchants love them … and instead of telling a grisly story of 100 years ago, it’s something positive.”

“We have an open call for any volunteer who wants to paint an elephant. They submit their artwork and we have a small panel that looks through the submissions and we pick the top eight,” Rice said. The artists are all volunteers and supply all their own paint and supplies for the project.

Sponsorship and artist applications are already being accepted for the 2121 Elephant Revival. To submit an application, visit www.ErwinTn.org.