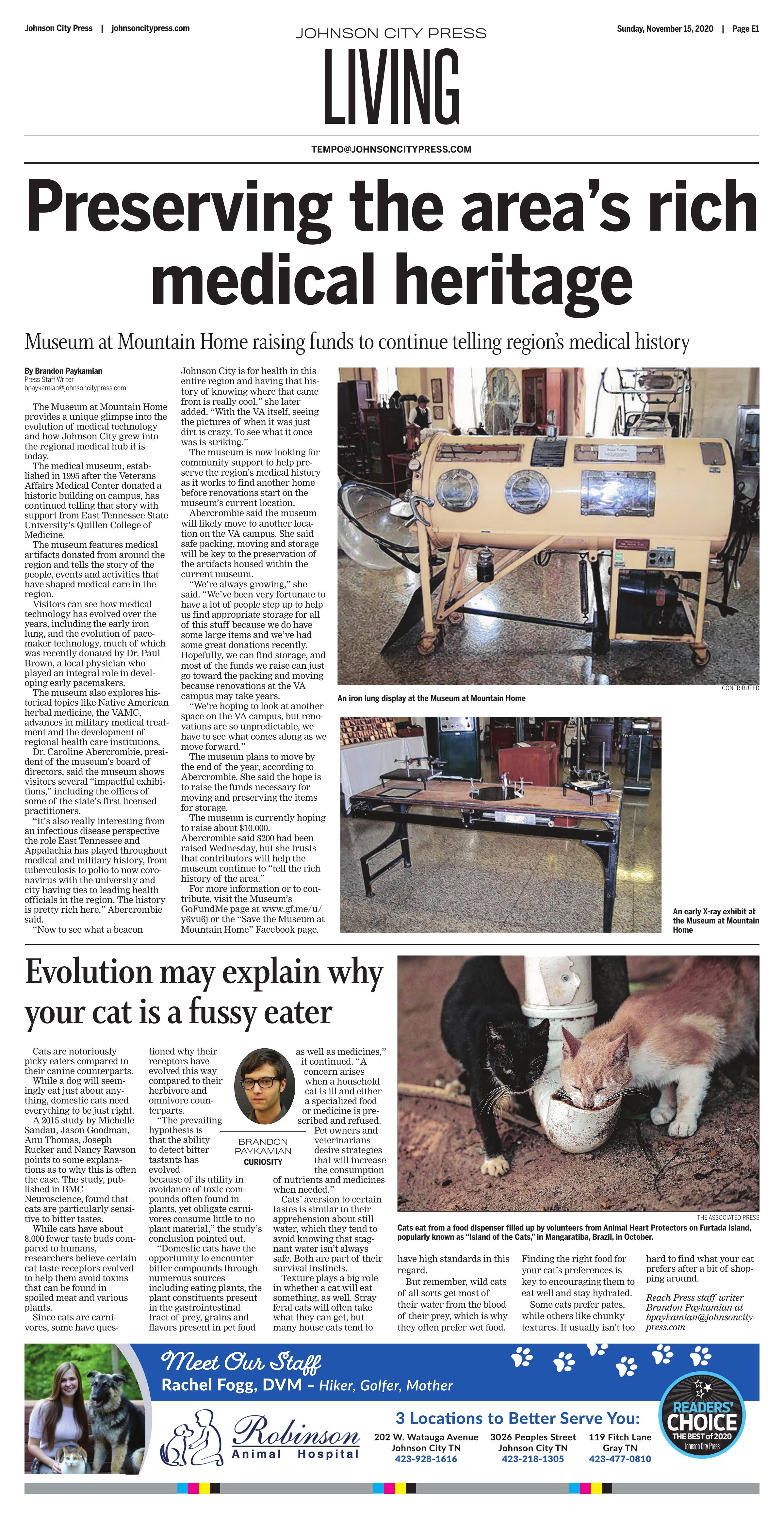 An iron lung display at the Museum at Mountain Home

An early X-ray exhibit at the Museum at Mountain Home

Materials from the office of the first licensed physical therapist in the state are shown.

The Museum at Mountain Home provides a unique glimpse into the evolution of medical technology and how Johnson City grew into the regional medical hub it is today.

The medical museum, established in 1995 after the Veterans Affairs Medical Center donated a historic building on campus, has continued telling that story with support from East Tennessee State University’s Quillen College of Medicine.

The museum features medical artifacts donated from around the region and tells the story of the people, events and activities that have shaped medical care in the region.

Visitors can see how medical technology has evolved over the years, including the early iron lung, and the evolution of pacemaker technology, much of which was recently donated by Dr. Paul Brown, a local physician who played an integral role in developing early pacemakers.

Dr. Caroline Abercrombie, president of the museum’s board of directors, said the museum shows visitors several “impactful exhibitions,” including the offices of some of the state’s first licensed practitioners.

“It’s also really interesting from an infectious disease perspective the role East Tennessee and Appalachia has played throughout medical and military history, from tuberculosis to polio to now coronavirus with the university and city having ties to leading health officials in the region. The history is pretty rich here,” Abercrombie said.

“Now to see what a beacon Johnson City is for health in this entire region and having that history of knowing where that came from is really cool,” she later added. “With the VA itself, seeing the pictures of when it was just dirt is crazy. To see what it once was is striking.”

The museum is now looking for community support to help preserve the region’s medical history as it works to find another home before renovations start on the museum’s current location.

Abercrombie said the museum will likely move to another location on the VA campus. She said safe packing, moving and storage will be key to the preservation of the artifacts housed within the current museum.

“We’re always growing,” she said. “We’ve been very fortunate to have a lot of people step up to help us find appropriate storage for all of this stuff because we do have some large items and we’ve had some great donations recently. Hopefully, we can find storage, and most of the funds we raise can just go toward the packing and moving because renovations at the VA campus may take years.

“We’re hoping to look at another space on the VA campus, but renovations are so unpredictable, we have to see what comes along as we move forward.”

The museum plans to move by the end of the year, according to Abercrombie. She said the hope is to raise the funds necessary for moving and preserving the items for storage.

The museum is currently hoping to raise about $10,000. Abercrombie said $200 had been raised Wednesday, but she trusts that contributors will help the museum continue to “tell the rich history of the area.”

For more information or to contribute, visit the Museum’s GoFundMe page at www.gf.me/u/y6vu6j or the “Save the Museum at Mountain Home” Facebook page. 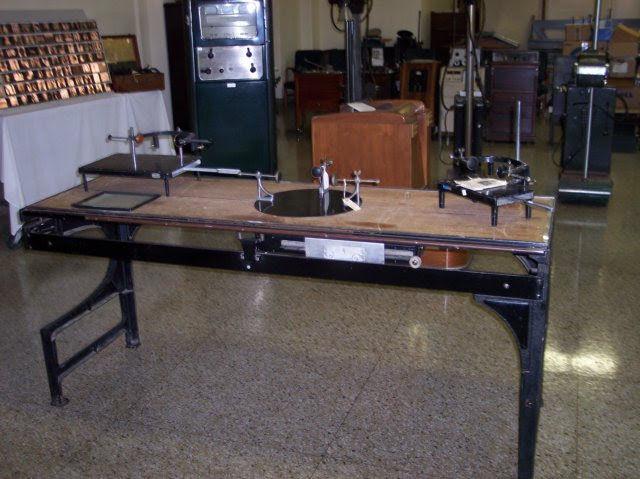 An early X-ray exhibit at the Museum at Mountain Home

Cats eat from a food dispenser filled up by volunteers from Animal Heart Protectors on Furtada Island, popularly known as “Island of the Cats,” in Mangaratiba, Brazil, in October.

Cats are notoriously picky eaters compared to their canine counterparts.

While a dog will seemingly eat just about anything, domestic cats need everything to be just right.

A 2015 study by Michelle Sandau, Jason Goodman, Anu Thomas, Joseph Rucker and Nancy Rawson points to some explanations as to why this is often the case. The study, published in BMC Neuroscience, found that cats are particularly sensitive to bitter tastes.

While cats have about 8,000 fewer taste buds compared to humans, researchers believe certain cat taste receptors evolved to help them avoid toxins that can be found in spoiled meat and various plants.

Since cats are carnivores, some have questioned why their receptors have evolved this way compared to their herbivore and omnivore counterparts.

“The prevailing hypothesis is that the ability to detect bitter tastants has evolved because of its utility in avoidance of toxic compounds often found in plants, yet obligate carnivores consume little to no plant material,” the study’s conclusion pointed out.

“Domestic cats have the opportunity to encounter bitter compounds through numerous sources including eating plants, the plant constituents present in the gastrointestinal tract of prey, grains and flavors present in pet food as well as medicines,” it continued. “A concern arises when a household cat is ill and either a specialized food or medicine is prescribed and refused. Pet owners and veterinarians desire strategies that will increase the consumption of nutrients and medicines when needed.”

Cats’ aversion to certain tastes is similar to their apprehension about still water, which they tend to avoid knowing that stagnant water isn’t always safe. Both are part of their survival instincts.

Texture plays a big role in whether a cat will eat something, as well. Stray feral cats will often take what they can get, but many house cats tend to have high standards in this regard.

But remember, wild cats of all sorts get most of their water from the blood of their prey, which is why they often prefer wet food. Finding the right food for your cat’s preferences is key to encouraging them to eat well and stay hydrated.

Some cats prefer pates, while others like chunky textures. It usually isn’t too hard to find what your cat prefers after a bit of shopping around.