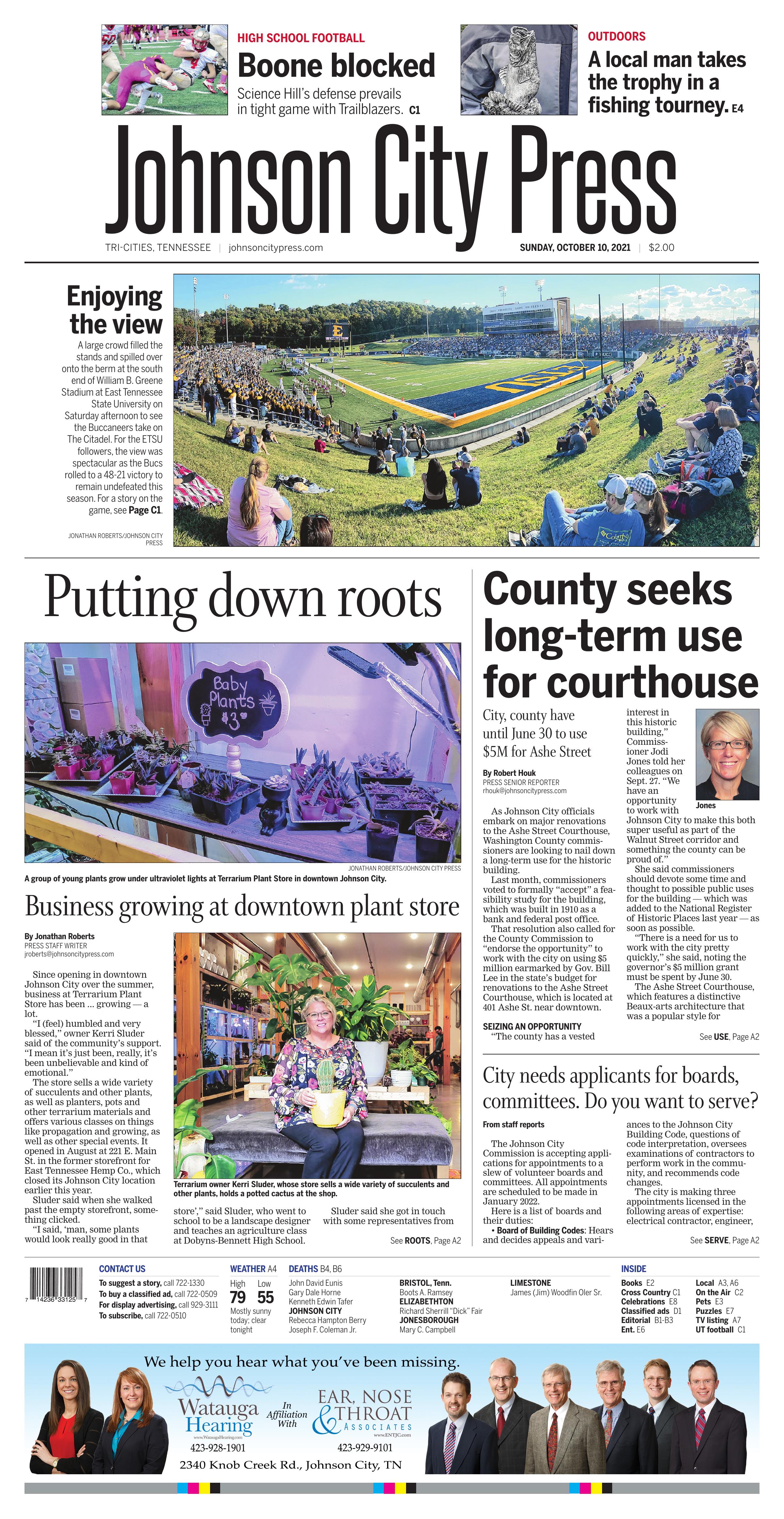 Terrarium owner Kerri Sluder, whose store sells a wide variety of succulents and other plants, holds a potted cactus at the shop.

If you purchase a plant at Terrarium Plant Store you’ll be asked to pose for a photo with your new plant.

Since opening in downtown Johnson City over the summer, business at Terrarium Plant Store has been ... growing — a lot.

“I (feel) humbled and very blessed,” owner Kerri Sluder said of the community’s support. “I mean it’s just been, really, it’s been unbelievable and kind of emotional.”

The store sells a wide variety of succulents and other plants, as well as planters, pots and other terrarium materials and offers various classes on things like propagation and growing, as well as other special events. It opened in August at 221 E. Main St. in the former storefront for East Tennessee Hemp Co., which closed its Johnson City location earlier this year.

Sluder said when she walked past the empty storefront, something clicked.

“I said, ‘man, some plants would look really good in that store’,” said Sluder, who went to school to be a landscape designer and teaches an agriculture class at Dobyns-Bennett High School.

Sluder said she got in touch with some representatives from the Johnson City Chamber of Commerce and enrolled in the CO.STARTERS program, a nine-week cohort-based program offered by several local business organizations designed to give aspiring business owners the tools they need to open and operate a successful business.

Thus far, it appears that training is paying off — something you can see through their Facebook page, where they have started a tradition of asking customers to pose for a photo with their new plant. To date, hundreds of customer photos have been shared on their Facebook page. Sluder said they wanted to make their customers feel like they’re part of the journey and that it’s helped get their name out there more on social media.

“We always get reactions on social media, they’ll always say something about (the photo) or tag a friend or send a heart,” Sluder said. “It makes me feel like we have made a friend in that customer because we’re in it together now.” 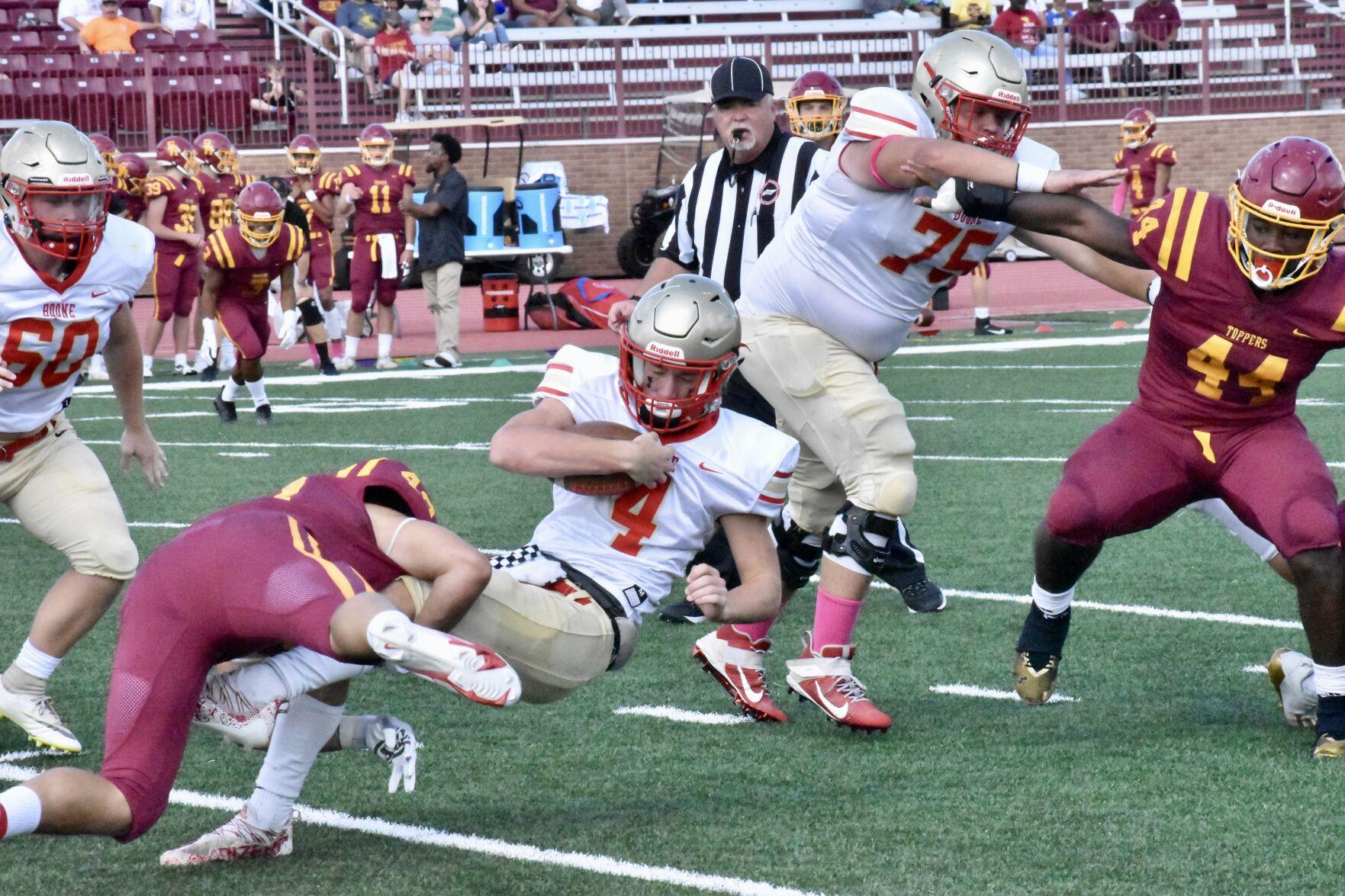 Daniel Boone’s Braiden Blankenship (4) fights for extra yardage while being tackled by Devon Medina. Science Hill’s Justus Sutton (44) tries to battle past Boone’s Peyton Ford (75) to get in on the action. 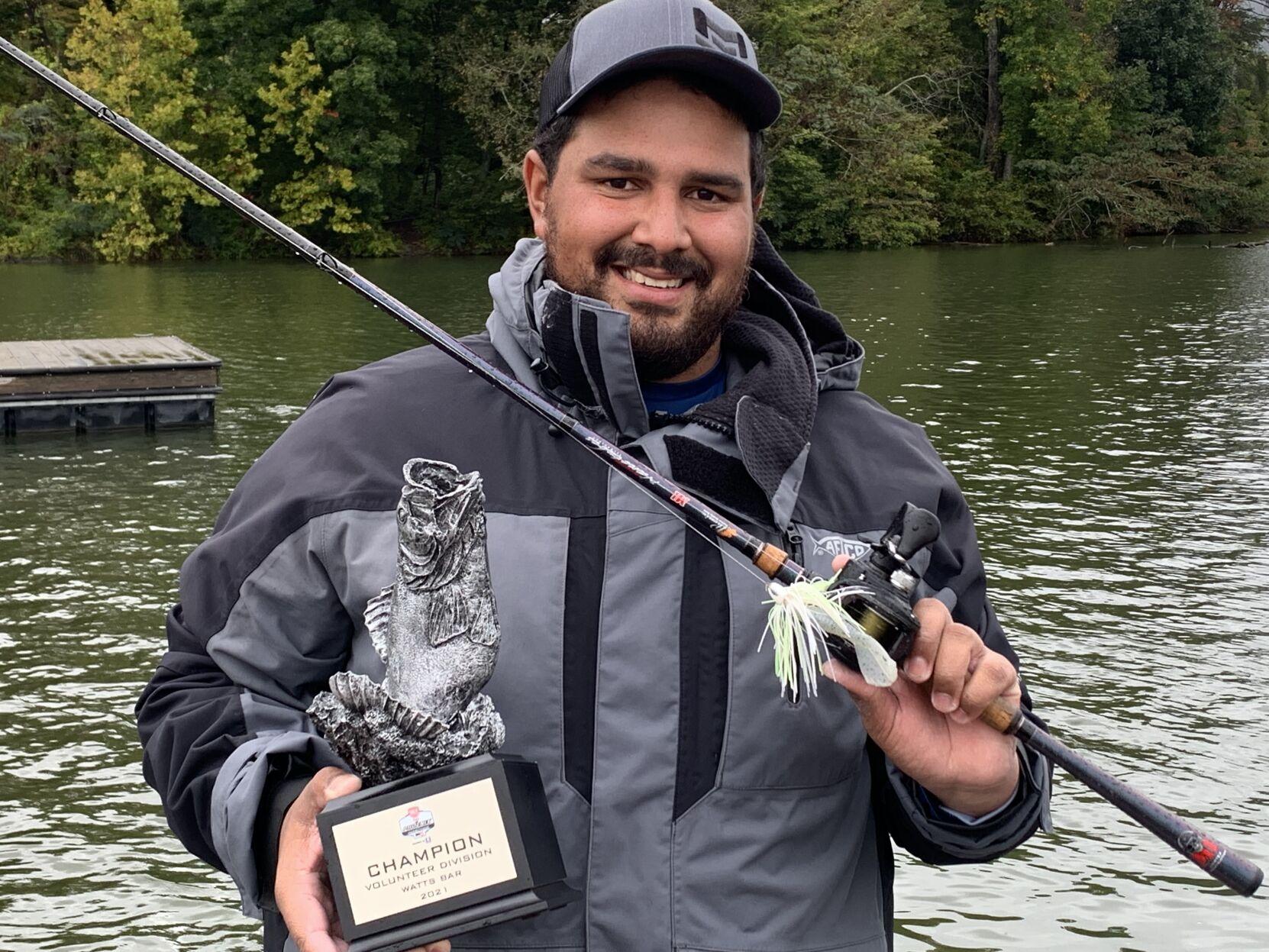 The former Ashe Street Courthouse in Johnson City has been vacant since the county's Emergency 911 District moved its offices to Boones Creek in 2017. Washington County officials are still deciding what to do with the building.

Washington County paid for new roofing at the Ashe Street Courthouse, 401 Ashe St., in February. A feasibility study shows that plumbing, electrical and environmental work will need to be done to upgrade the building that has served as a post office, courthouse and 911 headquarters.

As Johnson City officials embark on major renovations to the Ashe Street Courthouse, Washington County commissioners are looking to nail down a long-term use for the historic building.

Last month, commissioners voted to formally “accept” a feasibility study for the building, which was built in 1910 as a bank and federal post office.

That resolution also called for the County Commission to “endorse the opportunity” to work with the city on using $5 million earmarked by Gov. Bill Lee in the state’s budget for renovations to the Ashe Street Courthouse, which is located at 401 Ashe St. near downtown.

“The county has a vested interest in this historic building,” Commiss-ioner Jodi Jones told her colleagues on Sept. 27. “We have an opportunity to work with Johnson City to make this both super useful as part of the Walnut Street corridor and something the county can be proud of.”

She said commissioners should devote some time and thought to possible public uses for the building — which was added to the National Register of Historic Places last year — as soon as possible.

“There is a need for us to work with the city pretty quickly,” she said, noting the governor’s $5 million grant must be spent by June 30.

The Ashe Street Courthouse, which features a distinctive Beaux-arts architecture that was a popular style for government buildings constructed in this country between the 1890s and the 1920s, has been vacant since the county’s 911 Emergency Communications District moved to its current location in Boones Creek in late 2017.

Unless county officials find a new public use for the former courthouse, its ownership reverts back to the federal government.

Earlier in September, the Johnson City Commission agreed to begin renovations on the building that would allow it to be used as both a business incubator and serve as the eastern anchor of the rehabilitated West Walnut Street.

City officials also voted to hire BurWil Construction Inc. to do the work, which will be funded by a $5 million grant from the state.

According to the feasibility study, much of that work will need to be done to update plumbing, electrical and environmental controls inside the building.

City commissioners also approved an interlocal agreement with Washington County, which currently owns the building, that defines each party’s responsibilities for the project. Wash-ington County’s County-Owned Property Committee discussed that interlocal agreement last week and modifications are expected to be considered by county commissioners when they meet on Oct. 25.

Jones reminded her colleagues last month that the $6,000 Ashe Street Court-house feasibility study was funded by the county, the Johnson City Development Authority and the Southside Neighborhood Organization. She said the latter, which represents residents of the Tree Streets neighborhood, has suggested a number of possible uses for the building.

One suggestion is to use a portion of the space as a museum.

County Commissioner Freddie Malone said the idea of using the Ashe Street Courthouse as a business incubator “is fairly broad.” He also noted that using some of the building’s space as a museum would not be sufficient to pay the structure’s utility bills.

“It would be nice that instead of leasing space for the trustee and county clerk’s offices in north Johnson City, they be located in a county-owned property,” Malone said.

The Johnson City Commission is accepting applications for appointments to a slew of volunteer boards and committees. All appointments are scheduled to be made in January 2022.

Here is a list of boards and their duties:

• Board of Building Codes: Hears and decides appeals and variances to the Johnson City Building Code, questions of code interpretation, oversees examinations of contractors to perform work in the community, and recommends code changes.

The city is making three appointments licensed in the following areas of expertise: electrical contractor, engineer, and mechanical/gas contractor. Each term is for three years. City residency is required.

• Board of Zoning Appeals: Hears and decides appeals to provisions of the zoning code, considers applications for special exceptions, and decides questions of interpretation of the code.

• Golf Advisory Board: Recommends policies, procedures, rules, and regulations in the operation of golf courses.

The city is making one appointment for a five-year term. City residency required.

The city is making seven appointments, each for three-year terms. City residency required.

The city will host an event to learn more about the specifics of each board and what board service entails later this month. Further details about the event are forthcoming.