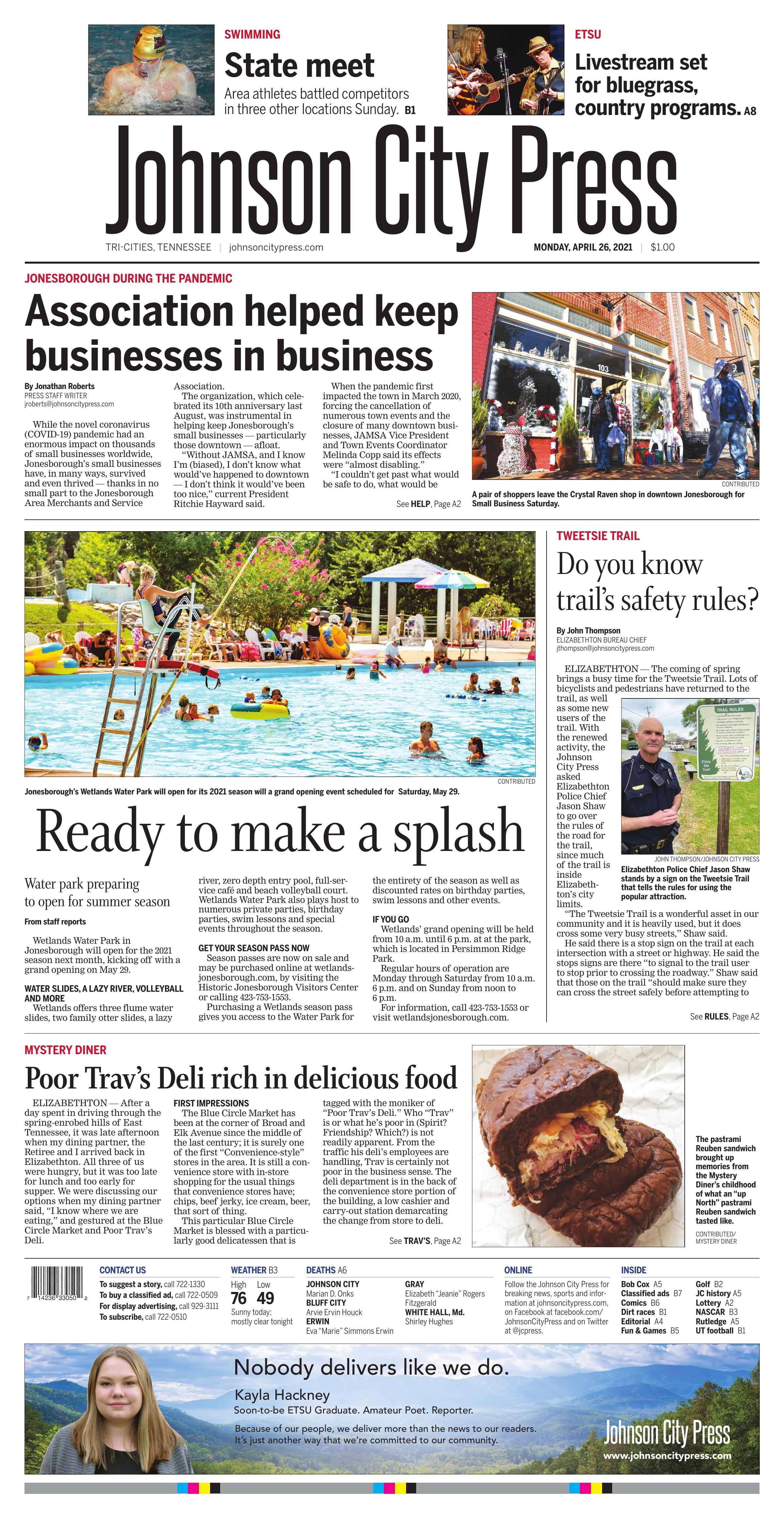 A pair of shoppers leave the Crystal Raven shop in downtown Jonesborough for Small Business Saturday.

While the novel coronavirus (COVID-19) pandemic had an enormous impact on thousands of small businesses worldwide, Jonesborough’s small businesses have, in many ways, survived and even thrived — thanks in no small part to the Jonesborough Area Merchants and Service Association.

“Without JAMSA, and I know I’m (biased), I don’t know what would’ve happened to downtown — I don’t think it would’ve been too nice,” current President Ritchie Hayward said.

When the pandemic first impacted the town in March 2020, forcing the cancellation of numerous town events and the closure of many downtown businesses, JAMSA Vice President and Town Events Coordinator Melinda Copp said its effects were “almost disabling.”

“I couldn’t get past what would be safe to do, what would be acceptable to do, and then I feel like once we got past July and August and figured out the key was to get people downtown,” Copp said. “We didn’t want to host big gatherings, we didn’t need to get people in a group together like we had for a lot of the events like the festival types, but the key was just to get people downtown and try to get them into the stores. It was just trying to figure out, how can we do that?”

Jonesborough’s Fourth of July Block Party, a smaller event that took the traditional place of Jonesborough Days, provided a formula on how to do just that.

Copp and Hayward said modified events like Movies on Main, Chocolate Fest and Downtown at Dusk, which Copp credited as one of the main reasons her shop had its best ever sales month in December.

“I think the way that we’ve had to look at changing everything this year has also made us look at how we will host events from now on,” Copp said.

Perhaps the most impactful thing JAMSA did, however, was the distribution of a series of grants to downtown businesses in September — totaling more than $10,000. The association plans to distribute another $11,000 in the coming months, as well.

“Probably the biggest thing has been that small business recovery fund,” Copp said.

And after more than a year of adjustment and difficulty, Hayward sees a bright future ahead for JAMSA.

Jonesborough’s Wetlands Water Park will open for its 2021 season will a grand opening event scheduled for Saturday, May 29.

Wetlands Water Park in Jonesborough will open for the 2021 season next month, kicking off with a grand opening on May 29.

Get your season pass now

Season passes are now on sale and may be purchased online at wetlandsjonesborough.com, by visiting the Historic Jonesborough Visitors Center or calling 423-753-1553.

Purchasing a Wetlands season pass gives you access to the Water Park for the entirety of the season as well as discounted rates on birthday parties, swim lessons and other events.

Wetlands’ grand opening will be held from 10 a.m. until 6 p.m. at at the park, which is located in Persimmon Ridge Park.

Regular hours of operation are Monday through Saturday from 10 a.m. 6 p.m. and on Sunday from noon to 6 p.m.

The greens, onions and green pepper slices in this salad were very fresh and there was no skimping on the quantity of croutons used in his preparation.

ELIZABETHTON — After a day spent in driving through the spring-enrobed hills of East Tennessee, it was late afternoon when my dining partner, the Retiree and I arrived back in Elizabethton. All three of us were hungry, but it was too late for lunch and too early for supper. We were discussing our options when my dining partner said, “I know where we are eating,” and gestured at the Blue Circle Market and Poor Trav’s Deli.

The Blue Circle Market has been at the corner of Broad and Elk Avenue since the middle of the last century; it is surely one of the first “Convenience-style” stores in the area. It is still a convenience store with in-store shopping for the usual things that convenience stores have; chips, beef jerky, ice cream, beer, that sort of thing.

This particular Blue Circle Market is blessed with a particularly good delicatessen that is tagged with the moniker of “Poor Trav’s Deli.” Who “Trav” is or what he’s poor in (Spirit? Friendship? Which?) is not readily apparent. From the traffic his deli’s employees are handling, Trav is certainly not poor in the business sense. The deli department is in the back of the convenience store portion of the building, a low cashier and carry-out station demarcating the change from store to deli. Caleb is the counterman, while Trey does the assembly work in the prep area further back. Be advised that there is no customer seating to be had in the building; there is a table centrally located that you could stand at if dining in is your thing. Restrooms are nearby, but not readily apparent.

Having spent my formative years north of the Mason-Dixon Line, I know what a real delicatessen should be capable of. When I order a Reuben sandwich “my way,” ($5.15), I specify that I’d like pastrami rather than corned beef as the main ingredient. Pastrami is smoked not “corned,” it is leaner and has a much more involved flavor bouquet for my taste buds to enjoy. Not only did Caleb see that pastrami was used, but that Trey also loaded on some excellent spicy brown mustard to go with my dollop of Thousand Island dressing, finishing with shredded sauerkraut and some of their signature spicy onions, all on a pumpernickel sandwich hoagie bun. Absolutely superb and “durn close” to what my 40-year-old taste bud memory could recall from what an “up North” pastrami Reuben sandwich tasted like.

My dining partner also decided on something cattle-sourced for her sandwich, being a stack of Poor Trav’s deli-sliced and lean top sirloin roast beef, partnered with some excellent smoked cheddar cheese together with onions, lettuce, tomato, light mayonnaise and some yellow mustard on a white hoagie bun. Though cut in half, handling of my dining partner’s roast beef and smoked cheddar sandwich still required two hands for proper “hand to mouth” delivery control. All in all, the Poor Trav’s roast beef with smoked cheddar cheese was very nice indeed.

Our friend the Retiree wanted something lighter than the usual sandwich, and ordered a Poor Trav’s Chef Salad ($6.29) of shredded lettuce, spicy onions, green pepper, slices of tomato and croutons. Our traveling friend was very pleased with the freshness of all the greens, the onions and green pepper slices, plus the fact that Trey didn’t scrimp on the quantity of croutons used in his preparation. The turkey was thin-sliced, delicately smoked and made a fitting accompaniment to her chef salad, especially with some creamy ranch dressing topping it off.

It is easy to see why the Blue Circle Market’s Poor Trav’s Deli received the Reader’s Choice Award for best carry-out in Elizabethton and Carter County. Though its inside appearance is a bit Spartan, the Blue Circle Market is well-stocked and easily shopped. Poor Trav’s Deli offers superb delicatessen service from the very friendly Caleb and the capable Trey, preparing scrumptious sandwiches and salads, and making sure you are satisfied with your purchase.

The three of us were. Stop by and see if you will be, too. 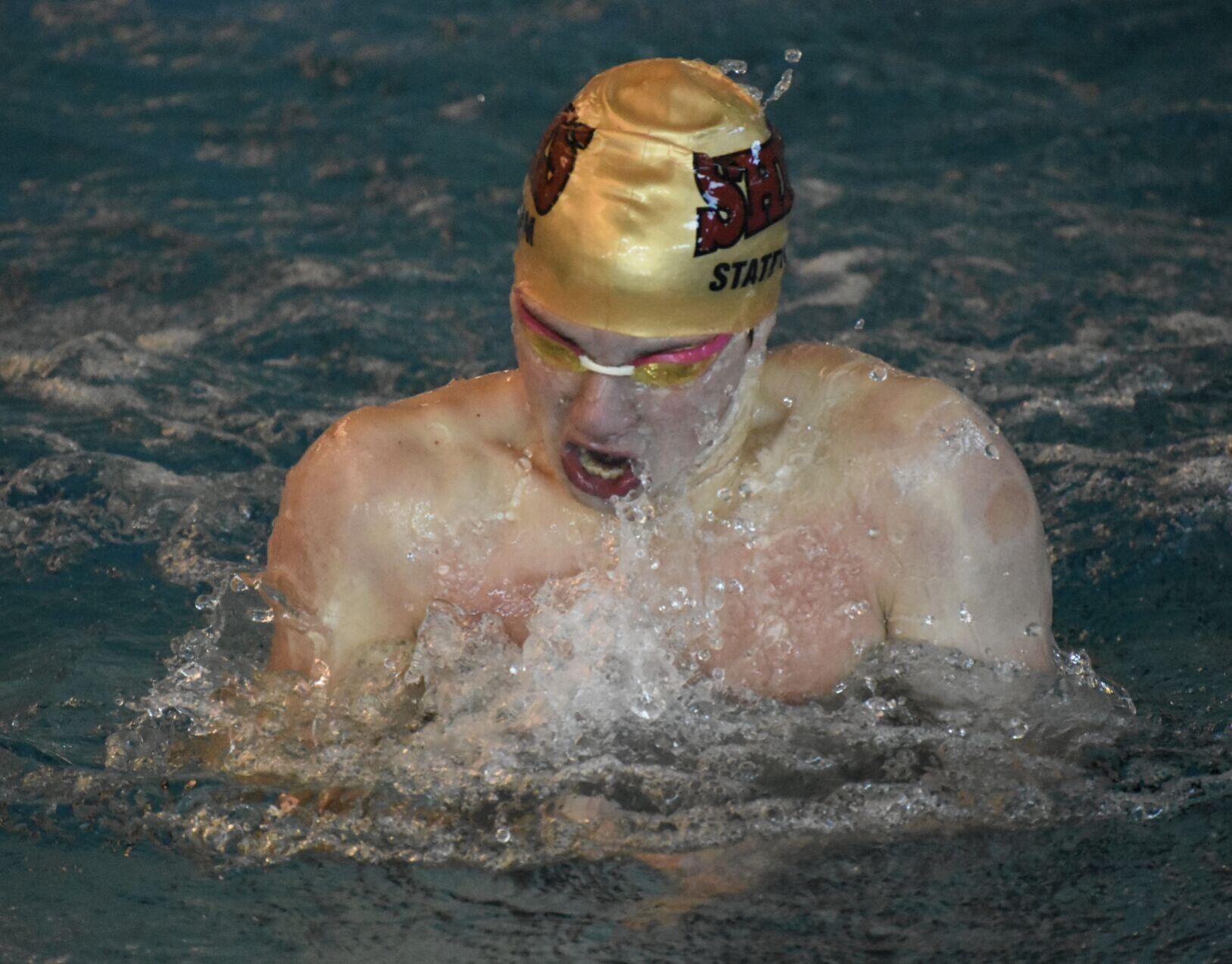 Elizabethton Police Chief Jason Shaw at the crossing of the Tweesie Trail on Cedar Avenue. The stop signs posted along the trail let users know they are approaching an intersection.

Elizabethton Police Chief Jason Shaw stands by a sign on the Tweetsie Trail that tells the rules for using the popular attraction.

ELIZABETHTON — The coming of spring brings a busy time for the Tweetsie Trail. Lots of bicyclists and pedestrians have returned to the trail, as well as some new users of the trail. With the renewed activity, the Johnson City Press asked Elizabethton Police Chief Jason Shaw to go over the rules of the road for the trail, since much of the trail is inside Elizabeth-ton’s city limits.

“The Tweetsie Trail is a wonderful asset in our community and it is heavily used, but it does cross some very busy streets,” Shaw said.

He said there is a stop sign on the trail at each intersection with a street or highway. He said the stops signs are there “to signal to the trail user to stop prior to crossing the roadway.” Shaw said that those on the trail “should make sure they can cross the street safely before attempting to enter the crosswalk, and always keep in mind there are distracted drivers and those that may not be watching out for trail users.”

Shaw said some of the busiest intersections have warning lights. Only two of the trail crossings have pedestrian signals.

Shaw said state law TCA 55-8-134 gives pedestrians in a crosswalk the right of way. The law says cars must yield by slowing down or stopping. But the very next sentence of the law says that “no pedestrian shall suddenly leave a curb or other place of safety to walk or run in the path of a vehicle which is so close that is impossible of the driver to yield.” The law also says in TCA 55-8-136 that “drivers shall exercise due care to avoid colliding with any pedestrian on any roadway.”

In addition to state law, Shaw said there is also trail etiquette that applies especially to the way bicyclists and pedestrians share the trail. One example is that pedestrians and slower bicyclists should stay on the right side of the trail so that faster bicyclists may pass on the left.

Shaw also said there are times when the trail could have an unsafe section, such as a rainstorm causing a washout of a portion, or a fallen tree. “Our city Street Department has an agreement with Johnson City to help with the maintenance of the portion of the trail in Elizabethton city limits. If there is a washout or trail issue in Elizabethton you can first notify our street department at 547-6300. Issues on the trail outside of the Elizabethton City limits will be handled by Johnson City. A significant portion of the trail is in our city limits, from the end of the trail at Hatcher Lane to a point on the trail between Happy Valley Road and Sparks Road off the Milligan Highway. Of course call 911 for any emergency issues.” 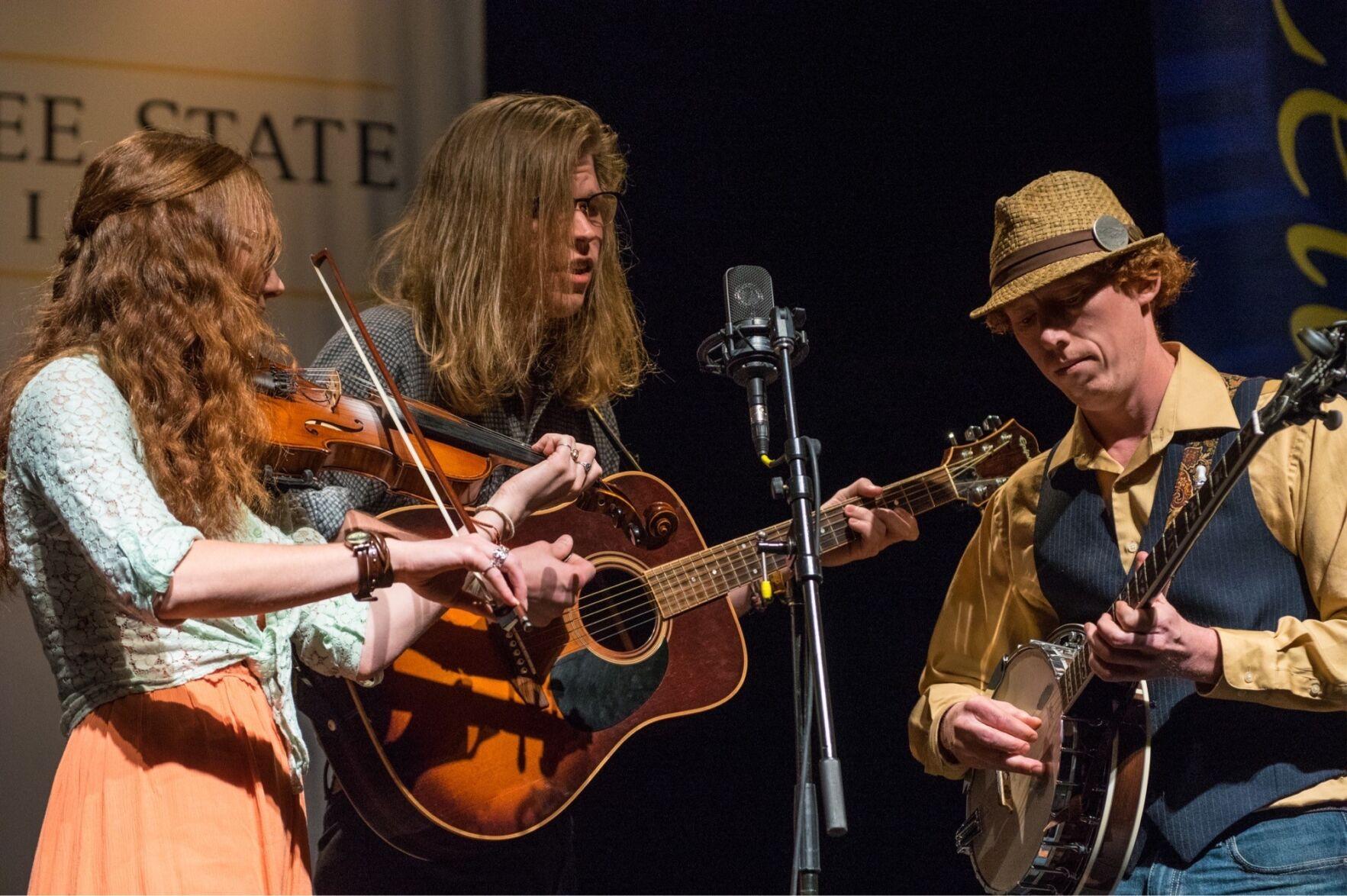