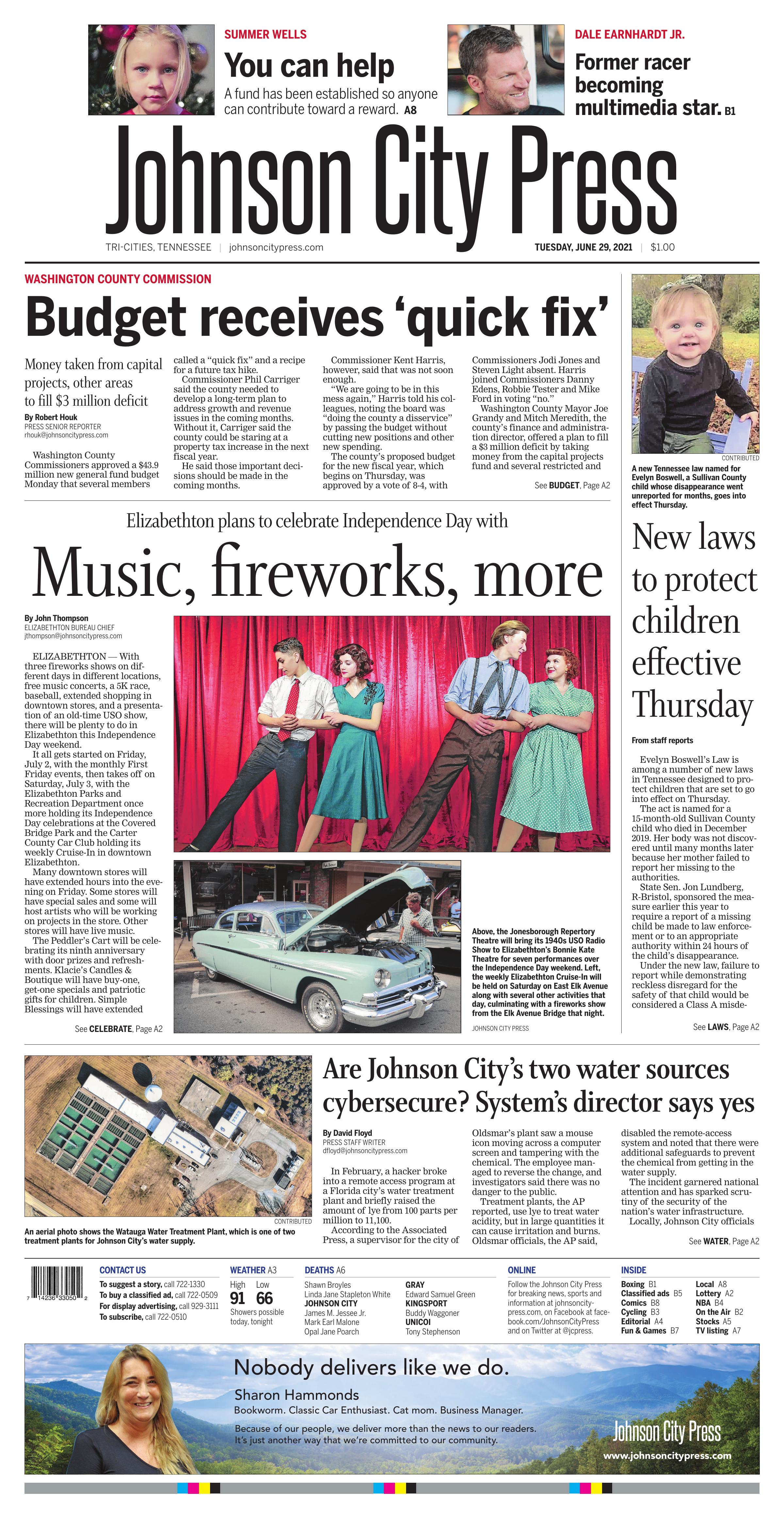 The Covered Bridge Stage will be the focal point of Elizabethton’s Fourth of July celebration.

ELIZABETHTON — With three fireworks shows on different days in different locations, free music concerts, a 5K race, baseball, extended shopping in downtown stores, and a presentation of an old-time USO show, there will be plenty to do in Elizabethton this Independence Day weekend.

It all gets started on Friday, July 2, with the monthly First Friday events, then takes off on Saturday, July 3, with the Elizabethton Parks and Recreation Department once more holding its Independence Day celebrations at the Covered Bridge Park and the Carter County Car Club holding its weekly Cruise-In in downtown Elizabethton.

The Peddler’s Cart will be celebrating its ninth anniversary with door prizes and refreshments. Klacie’s Candles & Boutique will have buy-one, get-one specials and patriotic gifts for children. Simple Blessings will have extended hours for shopping, deli and ice cream, and will feature a coloring contest, special sales and singing by Nowhere Valley. There will be a meet-the-artist event at Birdhouse Studio, with 10% off all prints.

Art activities include American summer activities and will take place from 2-6 p.m. in the downtown breezeways, hosted by the ElizAlliance, Carter County Drug Prevention, PEAK Mentorship and Red Legacy Recovery. Live studio painting will take place at Nash Art Studio in the Five One Eight Building from 5-9 p.m.

There will be activities taking place at the Bonnie Kate Theater, starting at 5 p.m. with Watts Dance Studio presenting a special performance.

The theater will also host the Jonesborough Repertory Theatre with its Fourth of July special, a 1940’s USO Radio Show, bringing back the way Americans celebrated the Fourth during the nation’s biggest war. The premiere performance will be Friday at 7:30 p.m., but there will be seven other presentations at the Bonnie Kate. Those are on Saturday at 2, 4, 6, and 8 p.m. and on Sunday at 2, 4, and 6 p.m.

The featured musical group for First Friday will be Monday Night Social, who will perform from 7-9 p.m. at the Covered Bridge Stage.

The Firefly 5K Run/Walk will start at 7:30 p.m. The route goes through downtown. Proceeds support Main Street Elizabethton in its transformational strategies and efforts in the downtown area.

Saturday’s events get started at 4 p.m. with a Patriotic Bike Parade. Participants are invited to decorate their bike, scooter, wagon (or any other non-motorized vehicle) with the best patriotic accessories and show off the result with a ride through Covered Bridge Park to participate in a best-in-show competition. The top three finishers will be awarded prizes. Registration is free and will start at 3:30 p.m.

Following the parade, the Patriotic Pup Pageant gets started at 4:30 p.m. All dogs are invited to compete, wearing their best patriotic attire — shades, hat, bow tie, or more — and compete for top-dog prizes. Registration is free and begins at 4 p.m.

The Little Miss Firecracker pageant begins at 5 p.m. with trophies presented in several age categories. Pre-Registration is required. Applications may be picked up at the Elizabethton Recreation Center or by calling Amy with Dancer’s Dreams Performing Arts Academy at 504-392-9138.

Just up the street from the park, the Carter County Car Club will hold its weekly Cruise-In on East Elk Avenue in downtown, starting at 5 p.m. and continuing to 9 p.m.

Dancer’s Dreams Performing Arts Academy will begin its performance on stage at 6:15 p.m. with special dance performances from all ages in several different styles of dance.

Patriotic opening ceremonies will be presented, beginning at 6:45 p.m., with the raising of the flag, patriotic tributes and a special medley by Loretta Bowers.

The fireworks finale will take place from the Elk Avenue Bridge after sunset, sponsored by Tour Carter County and the Elizabethton/Carter County Chamber of Commerce.

In preparation for the fireworks finale, several roads will be closed beginning at 7 p.m. Businesses and residents within the affected area will not be able to enter or leave. The area includes East Elk Avenue from South Sycamore Street to the mounument, East Elk Avenue at Main Street (traffic can still flow north to south), Academy Street from East Elk to 2nd Avenue, Riverside Drive at Hattie Avenue, Riverside Drive at Mapes Drive and Post Office Street.

There will be two more fireworks displays on Sunday, July 4.:

•Southside Christian Church on Southside Road will have a display on Sunday night between 9-9:30.

•Boyd Sports will have a fireworks display at Northeast Community Credit Union Ball Park immediately following the baseball game with the Bristol State Liners. The game starts at 7 p.m.

An aerial photo shows the Watauga Water Treatment Plant, which is one of two treatment plants for Johnson City’s water supply.

In February, a hacker broke into a remote access program at a Florida city’s water treatment plant and briefly raised the amount of lye from 100 parts per million to 11,100.

According to the Associated Press, a supervisor for the city of Oldsmar’s plant saw a mouse icon moving across a computer screen and tampering with the chemical. The employee managed to reverse the change, and investigators said there was no danger to the public.

Treatment plants, the AP reported, use lye to treat water acidity, but in large quantities it can cause irritation and burns. Oldsmar officials, the AP said, disabled the remote-access system and noted that there were additional safeguards to prevent the chemical from getting in the water supply.

The incident garnered national attention and has sparked scrutiny of the security of the nation’s water infrastructure.

Locally, Johnson City officials say there has been no evidence of any attempts to hack or intrude into the operations system at the city’s treatment plants.

Tom Witherspoon, director of water and sewer services, said the city has safeguards in place. Business systems such as email, the work-order system and Microsoft products are on separate servers than operations software. The two servers are not interconnected.

“Firewalls are utilized in accordance with industry standards,” Witherspoon said. “Water & Sewer Services works with the city’s IT department to train employees and monitor networks and technology.”

Communications between facilities and remote sites do not use an internet connection, he added. All changes to plant operations or remote sites also must be made in person from a secure centralized location that is staffed and monitored 24/7. Changes cannot be made remotely from laptops, desktops or smartphones.

“That is intentionally restricted,” Witherspoon said.

The limited number of automated systems would make it easier for employees to manually make adjustments in the event of a hack, Witherspoon said. He said Johnson City would be prepared to return to fully manual operation if necessary.

“Cybersecurity is an ever-changing landscape and challenge,” Witherspoon said. “What is currently in place may not be adequate in 3-5 years. It is important that our planning, system structural components and security be regularly updated and evaluated. 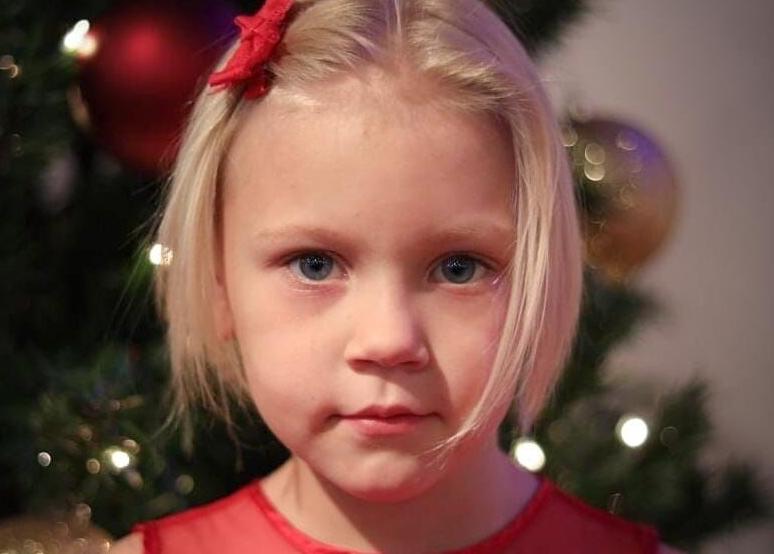 FILE — Dale Earnhardt Jr. talks with the media in the garage area before practice for a NASCAR auto race in Darlington, S.C., in this Friday, Aug. 30, 2019, file photo. He’s a 46-year-old married father of two daughters, a NASCAR Hall of Fame inductee and the 15-time fan-voted most popular driver. No matter all his personal bliss, Earnhardt still has social anxieties and was a wreck when NBC Sports launched its NASCAR coverage at Nashville with a heavily-promoted pre-race show that featured him alongside country star Brad Paisley. “I was terrified,” Earnhardt told The Associated Press of the assignment.

Evelyn Boswell’s Law is among a number of new laws in Tennessee designed to protect children that are set to go into effect on Thursday.

The act is named for a 15-month-old Sullivan County child who died in December 2019. Her body was not discovered until many months later because her mother failed to report her missing to the authorities.

State Sen. Jon Lundberg, R-Bristol, sponsored the measure earlier this year to require a report of a missing child be made to law enforcement or to an appropriate authority within 24 hours of the child’s disappearance.

Under the new law, failure to report while demonstrating reckless disregard for the safety of that child would be considered a Class A misdemeanor. This is punishable by up to 11 months and 29 days in jail, a fine of up to $2,500 or both.

Lundberg was also the sponsor of Eli’s Law, which will also take effect on Thursday. It is named after a child who was subjected to traumatizing levels of parental abuse, even though his older brother had been removed from the parents’ custody for both neglect and abuse.

The act is aimed to prevent such situations happening in the future by giving the court that previously decided the first child’s case the ability to take further action needed to protect other children living in the same home.

According to information in a news release from Lt. Gov. Randy McNally’s office, other child protection measures slated to become law on July 1 include:

• Legislation requiring adoptive parents receiving subsidies to annually provide the Department of Children’s Services with medical or school enrollment records in order to ascertain a health check. The new law was approved after the deaths of two Roane County children.

• Legislation expanding the state’s “truth in sentencing” laws to make sure parole and probation are not options for those found guilty of certain violent crimes that historically target women and children. These crimes include child abuse, child sexual abuse, felony solicitation of a minor and producing child pornography.

• Legislation requiring a person convicted of the facilitation of rape of a child or aggravated rape of a child serve their full sentence, followed by community supervision for life.

• Legislation removing the statute of limitations for any commercial sex trafficking offense committed against a child on or after July 1, 2021, as many victims don’t report due to trauma or fear of retaliation.

• Legislation that ensures that a juvenile convicted of conduct that would constitute rape if committed by an adult cannot work or volunteer at a place that is in close or frequent contact with children.

• Legislation expanding the definition of “severe child abuse” to involve a child’s exposure to certain extremely dangerous or illegal drugs.

• Legislation broadening the definition of child neglect and endangerment to include the exposure of a child to methamphetamines and other dangerous drugs.