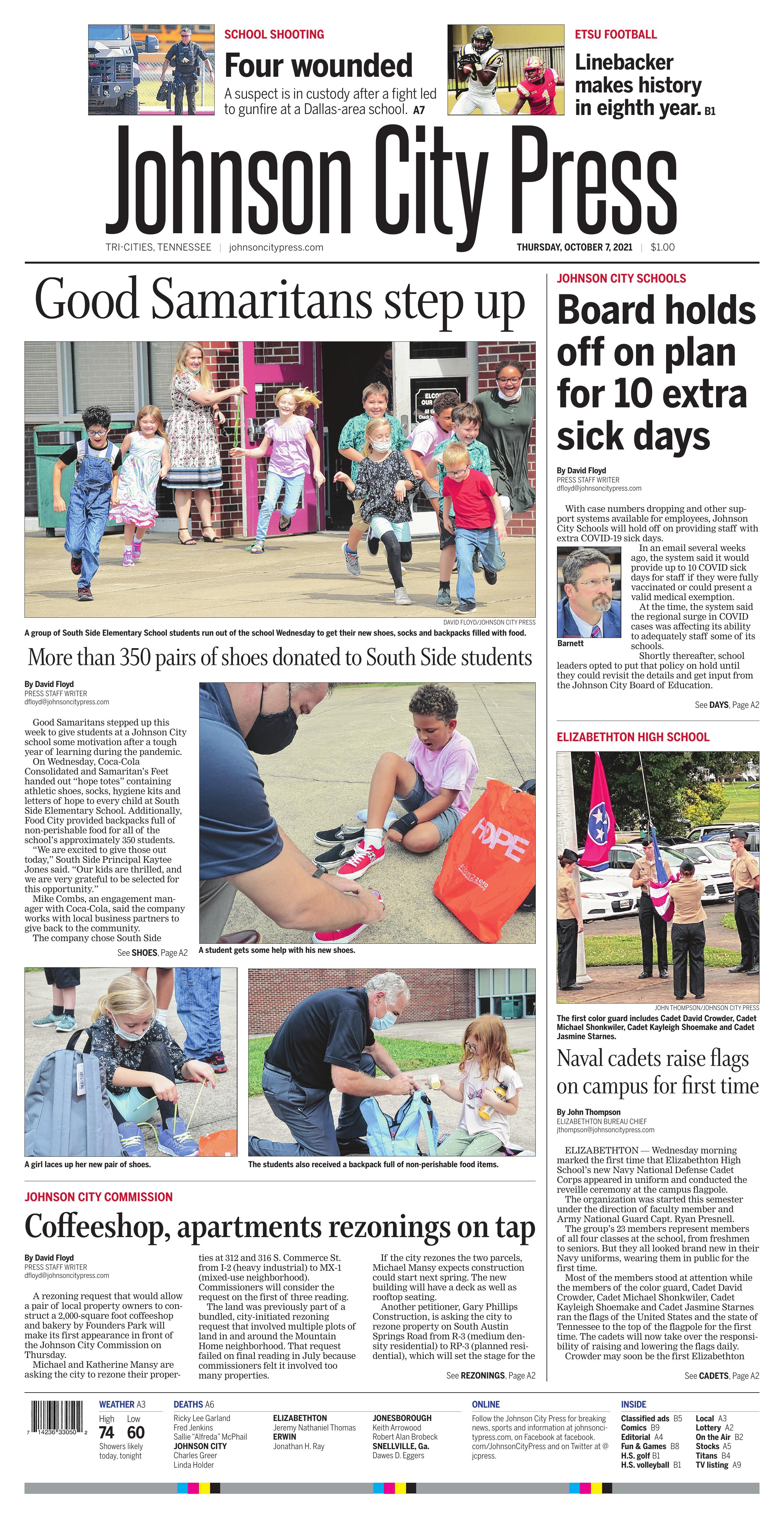 FILE -- Johnson City commissioners approved on second reading a request to rezone 0.2 acres of property by Founders Park, which would allow the owners to build a coffeeshop and bakery on the land. It will require one more vote of approval before becoming official.

A rezoning request that would allow a pair of local property owners to construct a 2,000-square foot coffeeshop and bakery by Founders Park will make its first appearance in front of the Johnson City Commission on Thursday.

Michael and Katherine Mansy are asking the city to rezone their properties at 312 and 316 S. Commerce St. from I-2 (heavy industrial) to MX-1 (mixed-use neighborhood). Commissioners will consider the request on the first of three reading.

The land was previously part of a bundled, city-initiated rezoning request that involved multiple plots of land in and around the Mountain Home neighborhood. That request failed on final reading in July because commissioners felt it involved too many properties.

If the city rezones the two parcels, Michael Mansy expects construction could start next spring. The new building will have a deck as well as rooftop seating.

Another petitioner, Gary Phillips Construction, is asking the city to rezone property on South Austin Springs Road from R-3 (medium density residential) to RP-3 (planned residential), which will set the stage for the construction of 77 single-family homes on 17 acres of land.

Additionally, commissioners will consider on third and final reading a rezoning request for a 288-unit apartment complex on 18 acres of land at 1072 W. Oakland Ave. The property would change from B-4 (planned arterial business) to R-5 (high-density residential).

The complex could charge rates ranging from $1,000 to $1,600 per month and would consist of 12 three-story buildings containing one-, two- and three-bedroom apartments. There will be two access points to the complex: One at West Oakland Avenue and the other on Chase Drive.

Commissioners will also consider setting the fair market value for five properties, which the city plans to acquire in order to improve Knob Creek Road.

The city will add three travel lanes to the roadway and construct an overpass over the existing CSX railroad to eliminate the tunnel under the train tracks.

According to a staff report, the properties must be reappraised because of a lengthy delay in the design phase. Overall, the value of the properties have increased by a combined total of $21,000, bringing the cost to $471,900. Right-of-way acquisition costs will be 80% reimbursable through federal grants.

Finally, commissioners will receive an annual report on their payment-in-lieu-of-taxes agreements with local companies.

PILOTS are economic development tools that industrial development boards can use to reduce, discount or freeze taxes for up to 20 years. They’re used to recruit new businesses, help them expand or retain them.

With case numbers dropping and other support systems available for employees, Johnson City Schools will hold off on providing staff with extra COVID-19 sick days.

In an email several weeks ago, the system said it would provide up to 10 COVID sick days for staff if they were fully vaccinated or could present a valid medical exemption.

At the time, the system said the regional surge in COVID cases was affecting its ability to adequately staff some of its schools.

Shortly thereafter, school leaders opted to put that policy on hold until they could revisit the details and get input from the Johnson City Board of Education.

Superintendent Steve Barnett said Tuesday that administrators have now decided to keep that pause in place, noting that existing resources should be enough to support teachers and other employees.

That decision could change if cases rise again.

“If we had a turn for the worse in the district and the region, we would certainly revisit this if we needed to,” Barnett said.

Total COVID-19 cases among students and faculty during the 2021-22 school year peaked on Aug. 20 at 205. The highest total for faculty has been 18, which the system hit in late August.

As of Tuesday, cases have dropped to a total of 28, including four among teachers. An additional 75 students and two employees are in quarantine.

Administrators have been particularly focused on ensuring new teachers and employees who have transferred from other states have enough sick time.

Certified staff, which includes teachers and principals, have a sick leave bank, which they can draw on if they contribute three sick days. Classified staff can grant each other sick days.

The system did provide extra COVID-19 sick days last year, which was supported by additional funding from the federal government, but with the vaccine now readily available, Barnett said the variables are different.

“We feel like we have support systems in place that can help employees that need those extra sick days,” Barnett said. 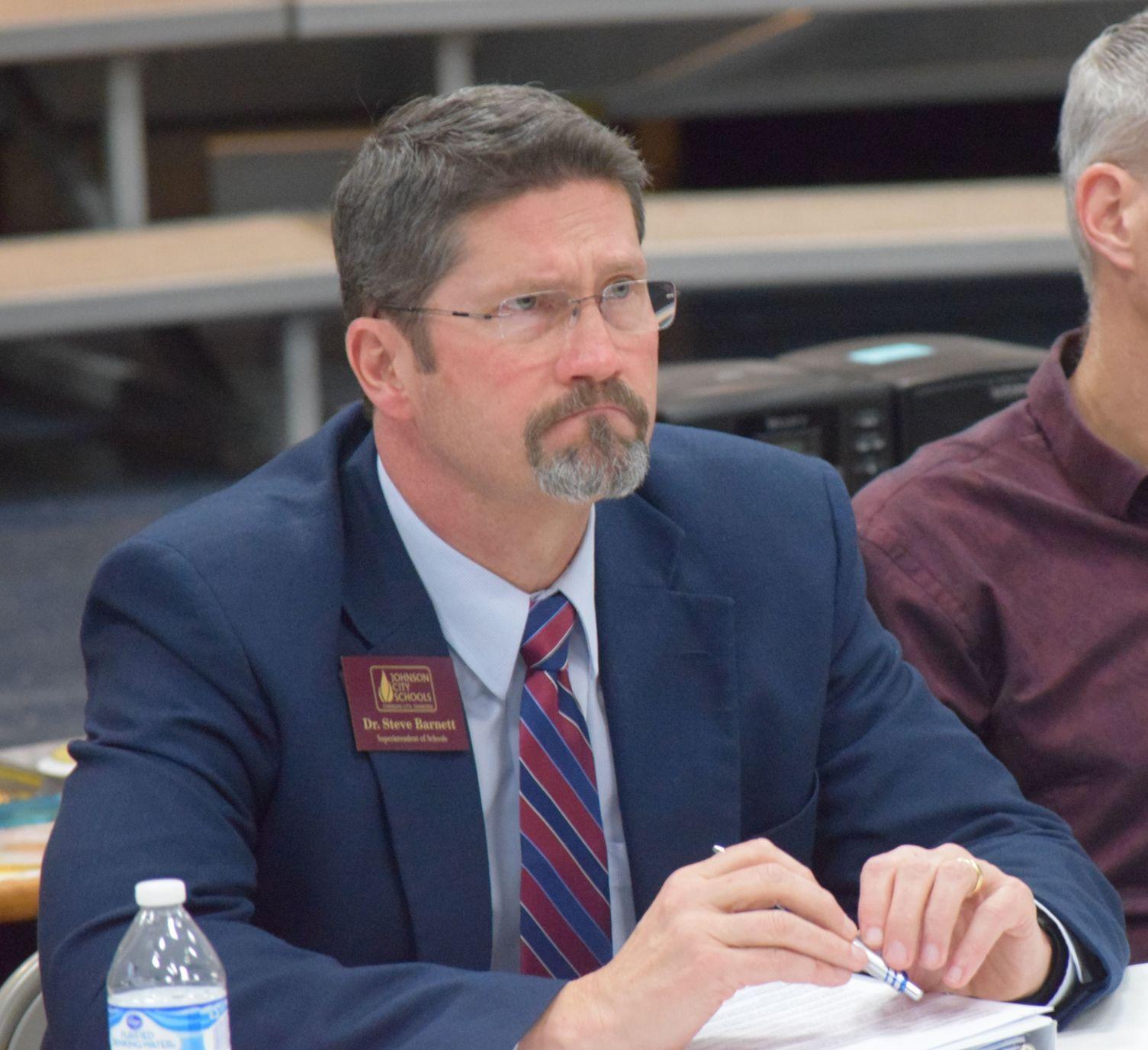 The first class of navy cadets at Elizabethton High School is made up of 23 members from freshmen to seniors. Wednesday was the first day the group wore their new uniforms.

The organization was started this semester under the direction of faculty member and Army National Guard Capt. Ryan Presnell.

The group’s 23 members represent members of all four classes at the school, from freshmen to seniors. But they all looked brand new in their Navy uniforms, wearing them in public for the first time.

Most of the members stood at attention while the members of the color guard, Cadet David Crowder, Cadet Michael Shonkwiler, Cadet Kayleigh Shoemake and Cadet Jasmine Starnes ran the flags of the United States and the state of Tennessee to the top of the flagpole for the first time. The cadets will now take over the responsibility of raising and lowering the flags daily.

Crowder may soon be the first Elizabethton cadet to accomplish another task. He is on schedule to become the first graduate of the program to go on active duty. He is on course to graduate next May and will be enlisting in the Navy on July 18, 2022, in the Navy Advanced Electronics Computer Field.

Presnell said any cadet who completes the Elizabethton cadet program may start basic training as an E-3 instead of a basic recruit. That means a higher pay rate and more responsibility for the enlistee from the beginning of their military service.

All of the cadets should experience another first with the home football game on Friday against Rhea County when they will present the colors prior to kickoff. 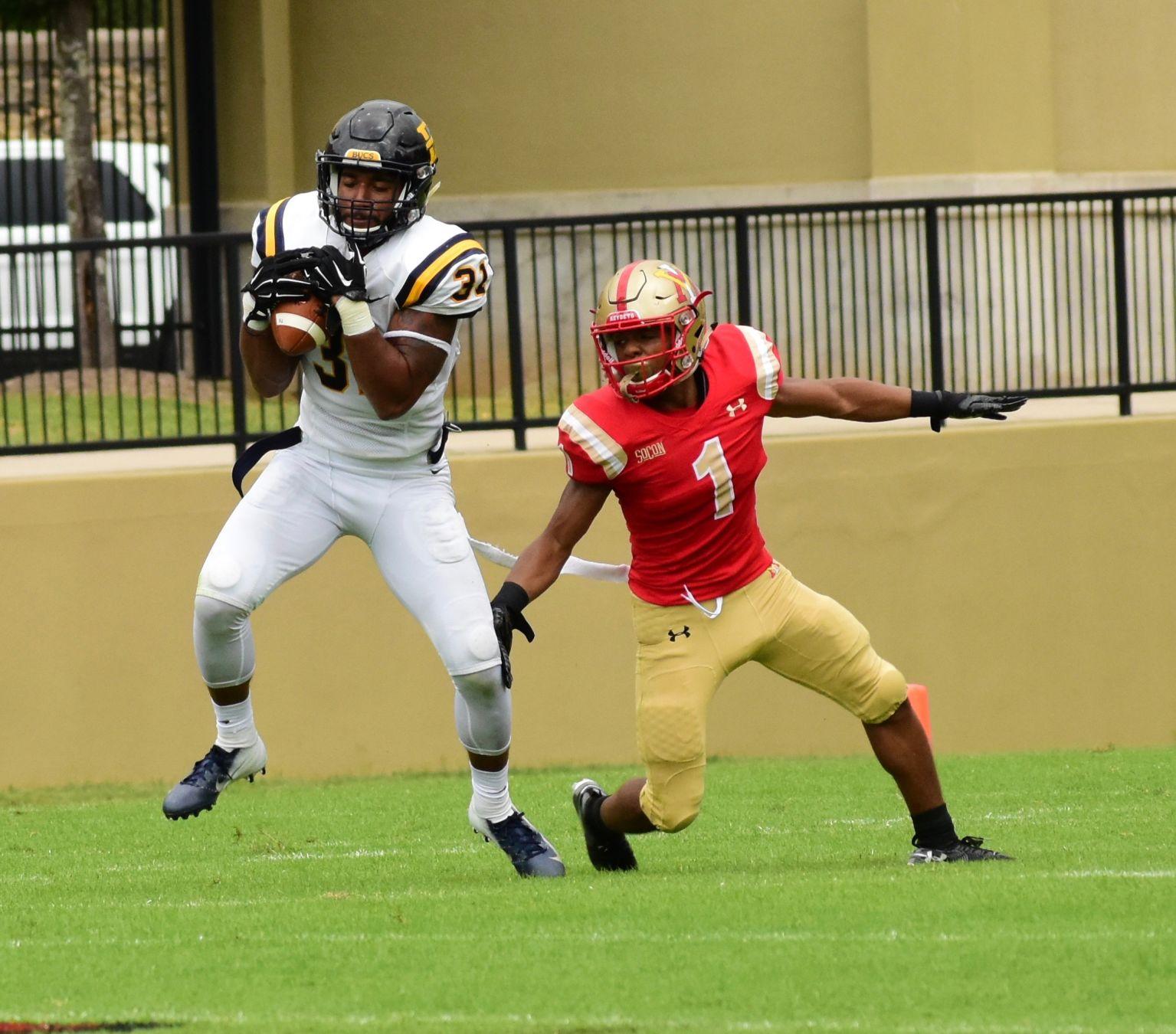 ETSU linebacker Jared Folks intercepts a pass against VMI in 2018.

+9 PHOTOS: Over 300 pairs of shoes donated to students at South Side Elementary
David Floyd
Oct 6, 2021

Good Samaritans stepped up this week to give students at a Johnson City school some motivation after a tough year of learning during the pandemic.