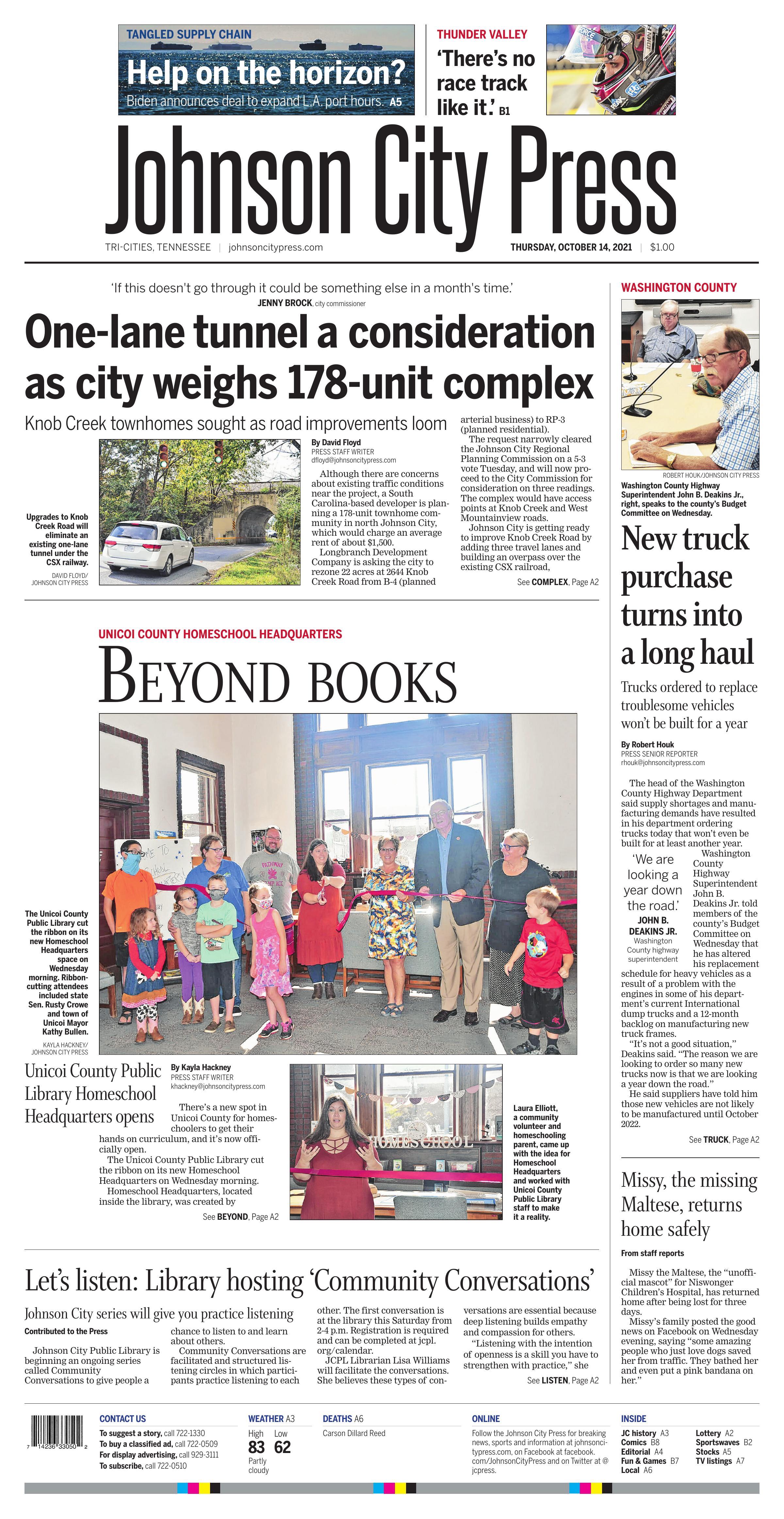 Concept plans show how the townhomes on Knob Creek Road could tie in with the upgrades along the roadway.

Although there are concerns about existing traffic conditions near the project, a South Carolina-based developer is planning a 178-unit townhome community in north Johnson City, which would charge an average rent of about $1,500.

Longbranch Development Company is asking the city to rezone 22 acres at 2644 Knob Creek Road from B-4 (planned arterial business) to RP-3 (planned residential).

The request narrowly cleared the Johnson City Regional Planning Commission on a 5-3 vote Tuesday, and will now proceed to the City Commission for consideration on three readings. The complex would have access points at Knob Creek and West Mountainview roads.

Johnson City is getting ready to improve Knob Creek Road by adding three travel lanes and building an overpass over the existing CSX railroad, eliminating a single-lane tunnel that regularly causes backups along the road.

Stacey Wild, the former chair of the planning commission and a resident who lives near the site of the proposed development, told the board Tuesday she is strongly opposed to the rezoning.

“I have no objection to the multi-family (project),” Wild said. “I think the proposal itself is very nice, but I don’t think the existing infrastructure supports it. Until that Knob Creek overpass project is completed, I think the traffic nightmare that already exists is only going to be exacerbated.”

Last week, the City Commission established the fair market value for five remaining properties that will be acquired for the overpass project. The properties had to be reappraised after a lengthy delay in the design phase. 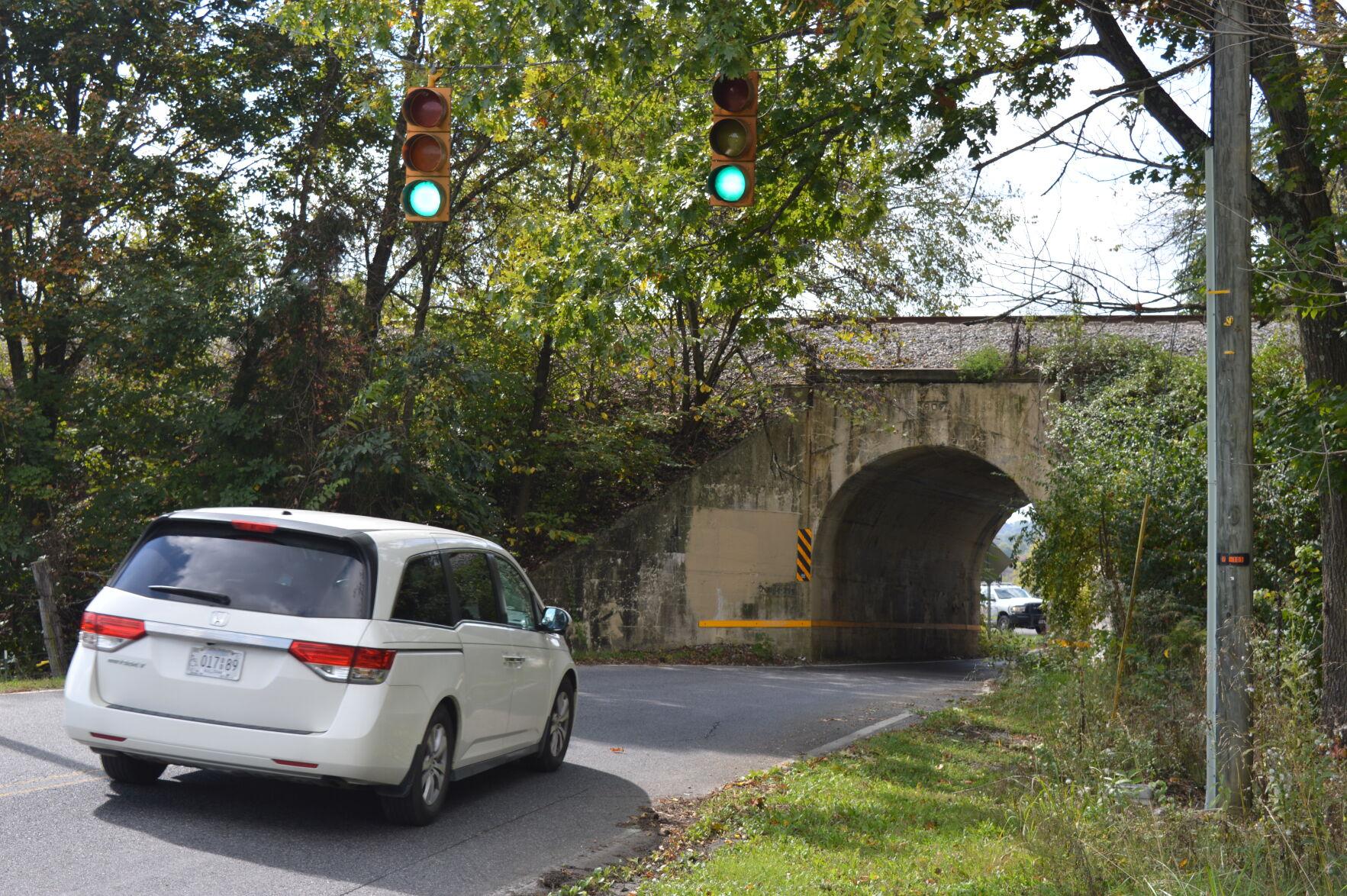 Upgrades to Knob Creek Road will eliminate an existing one-lane tunnel under the CSX railway.

The city is acquiring all the necessary right-of-way, which will total 34 properties, and is presenting a design of the entire project to the state. Pindzola said the city is trying to finish its obligations by the end of the calendar year.

The Tennessee Department of Transportation will then schedule the project and pay for its construction, which has an estimated cost of about $35 million.

Pindzola estimated the cost of land acquisition and designs could be about $4 million to $5 million, but he noted that at least 80% of that price will be covered by federal funding.

The purpose of the project is to eliminate the one-lane underpass at the CSX rail line and provide a “spoke” between State of Franklin Road and Boones Creek Road.

The upgraded roadway, Pindzola said, will provide the community with a strong connection between Boones Creek, an area the city expects will grow over the next 20 years, and existing services along State of Franklin Road.

Officials estimate that the new townhome complex could generate almost 1,800 daily car trips. Angus Musser, an associate with Longbranch Development Company, said there might be some traffic problems before development of Knob Creek Road takes place, but he doesn’t foresee “massive issues with traffic.”

“Our development poses much less of a ... traffic impact than something that could be developed there by right today, like a shopping center or any other kind of business,” Musser said. 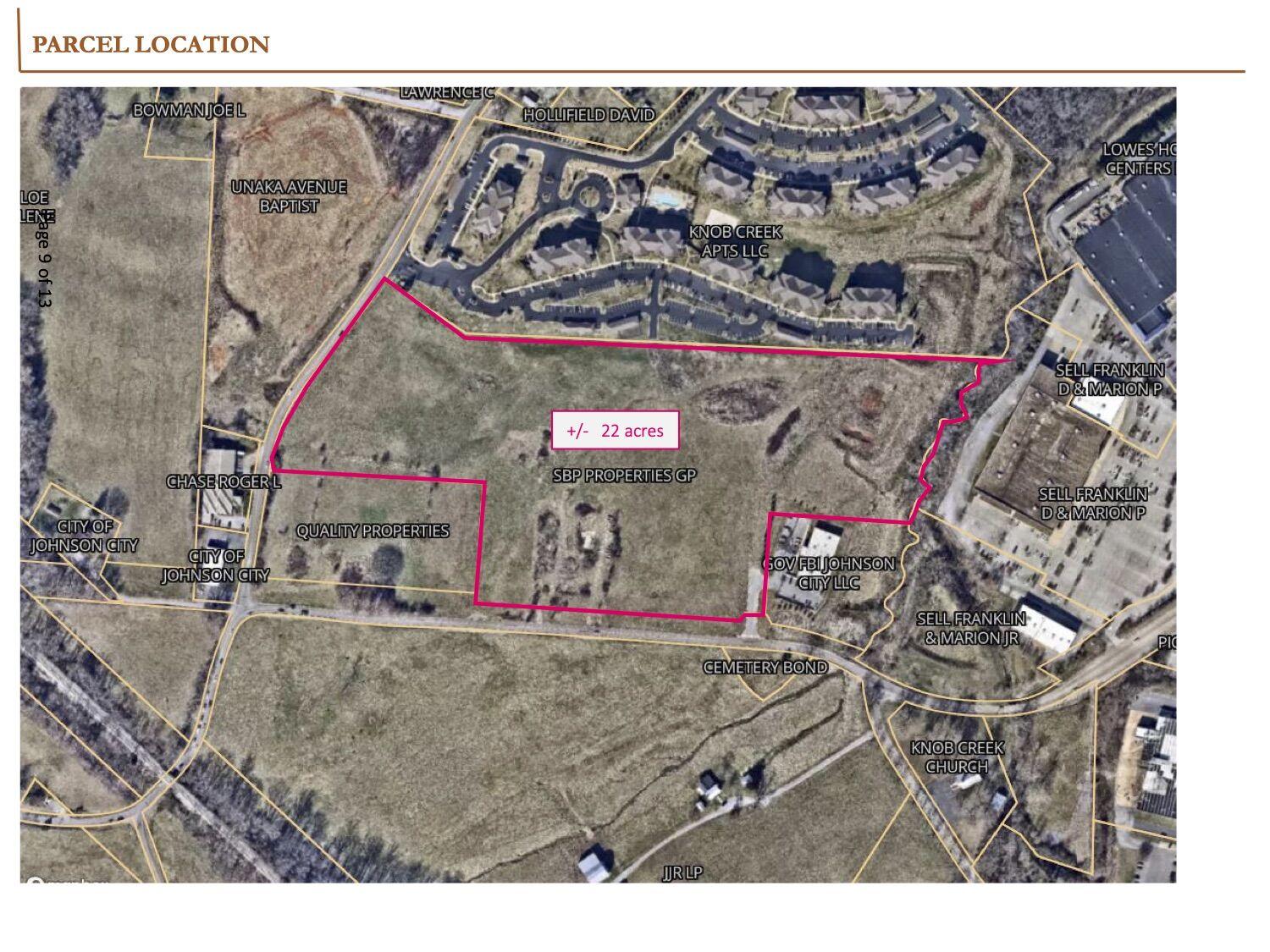 Longbranch Development Company is asking the city to rezone 22-acres of property at 2644 Knob Creek Road from B-4 (planned arterial business) to RP-3 (planned residential) to construct 178 townhomes.

If the rezoning is approved, Musser expects construction would start in the second or third quarter of 2022 and wrap up in early 2024. The complex would consist of a mixture of two- and three-bedroom townhomes plus amenities consisting of a pool, a clubhouse with a cabana and a dog park. On average, the townhomes will be about 1,400 square feet.

City Commissioner Jenny Brock, who also sits on the planning board, said there will be plenty of disruption in this area as construction projects occur over next several years. She urged public works staff to take a hard look at the timing of the upgrades to Knob Creek Road.

Board member Benjamin Whitfield echoed Brock, stating that he is sympathetic to the need for more housing, especially affordable housing.

“But I do have concerns regarding the traffic infrastructure here,” Whitfield said, adding that he’d feel more comfortable if the planning board had more information.

“We will not stop development on that piece of property, so ... if this doesn’t go through it could be something else in a month’s time,” Brock pointed out.

There will be more opportunities to untangle the dynamics as the request makes its way through the City Commission, she said.

Johnson City Public Library is beginning an ongoing series called Community Conversations to give people a chance to listen to and learn about others.

Community Conversations are facilitated and structured listening circles in which participants practice listening to each other. The first conversation is at the library this Saturday from 2-4 p.m. Registration is required and can be completed at jcpl.org/calendar.

JCPL Librarian Lisa Williams will facilitate the conversations. She believes these types of conversations are essential because deep listening builds empathy and compassion for others.

“Listening with the intention of openness is a skill you have to strengthen with practice,” she said. “By the same token, lack of practice makes it atrophy.”

Community Conversations follow the format of traditional listening circles. Together participants set the guidelines that govern the circle and choose a topic or theme to talk about. Each person then has a designated amount of time to speak.

Listening circles are active, engaged conversations meant to elicit honesty and vulnerability in a safe space. They are not therapy or study groups, or a space to debate or educate others.

Williams hopes that participants come away from these conversations understanding that often the most important thing you can do for someone is simply to hear them.

She says, “We forget that we don’t have to fix everything, or always have the ‘right’ answer or opinion in conversation. Very often your simple presence is itself a powerful gift.”

Laura Elliott, a community volunteer and homeschooling parent, came up with the idea for Homeschool Headquarters and worked with Unicoi County Public Library staff to make it a reality.

There’s a new spot in Unicoi County for homeschoolers to get their hands on curriculum, and it’s now officially open.

The Unicoi County Public Library cut the ribbon on its new Homeschool Headquarters on Wednesday morning.

Homeschool Headquarters, located inside the library, was created by community volunteer and homeschooling parent Laura Elliott, who envisioned a space in which homeschoolers could find and check out curriculum books, do-it-yourself experiment kits and hands-on learning equipment such as a telescopes and human anatomy models.

Elliott, Library Director Selena Harmon and the staff at the library worked for several months to fundraise and make Homeschool Headquarters a reality.

“This is really Unicoi County Public Library history,” said Elliott. “Not only are they allowing us to have collections of books, but we now have items that will be checked out to patrons. We have kits, we have models, we have microscopes, telescopes, solar systems. We have so many things that we can help our children have hands-on experience.”

State Sen. Rusty Crowe and town of Unicoi Mayor Kathy Bullen were both present at the ribbon-cutting to show their support of the new space.

“Those people who chose to homeschool and do it right, and really do it right, this will be a great, great facility for them and a tool they can use for that,” said Crowe.

Homeschool Headquarters isn’t exclusive to homeschooling students, and any student in the community is welcome to use the materials to help supplement their education with hands-on activities.

“I am tickled to see it together,” said Elliott. “I’m so excited, and I just want to see the kids come down and take advantage of it.”

The head of the Washington County Highway Department said supply shortages and manufacturing demands have resulted in his department ordering trucks today that won’t even be built for at least another year.

Washington County Highway Superintendent John B. Deakins Jr. told members of the county’s Budget Committee on Wednesday that he has altered his replacement schedule for heavy vehicles as a result of a problem with the engines in some of his department’s current International dump trucks and a 12-month backlog on manufacturing new truck frames.

He said suppliers have told him those new vehicles are not likely to be manufactured until October 2022.

The Budget Committee approved Deakins’ request to move $2,318,400 from the department’s capital reserves to replace trucks and other heavy equipment.

Some of that money will go to the purchase of eight new Kenworth trucks, which is four more than what Deakins had originally budgeted for the year.

Deakins said the reason for moving ahead with the purchase of the four new vehicles is “kind of complicated.”

He said the new Kenworth trucks will go to replace four International models that have been a maintenance nightmare for his department.

He said repairs and engine replacements for the faulty trucks have driven up their operational costs to 94 cents a mile.

“We hope they will stay together until we can get the new trucks,” Deakins said.