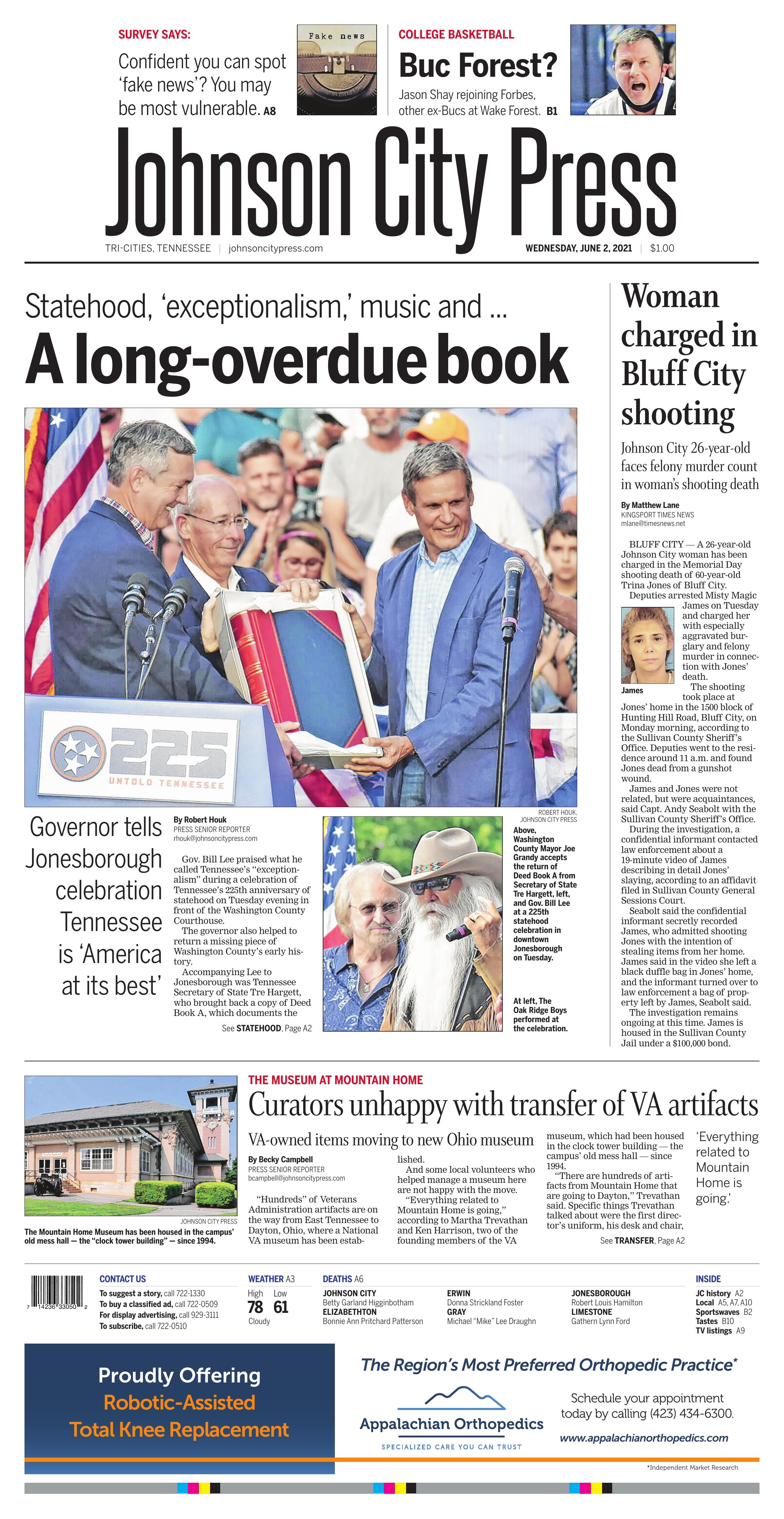 “Hundreds” of Veterans Administration artifacts are on the way from East Tennessee to Dayton, Ohio, where a National VA museum has been established.

And some local volunteers who helped manage a museum here are not happy with the move.

“Everything related to Mountain Home is going,” according to Martha Trevathan and Ken Harrison, two of the founding members of the VA museum, which had been housed in the clock tower building — the campus’ old mess hall — since 1994.

“There are hundreds of artifacts from Mountain Home that are going to Dayton,” Trevathan said. Specific things Trevathan talked about were the first director’s uniform, his desk and chair, items from the mess hall and china from the dining hall. “Anything that was used there at Mountain Home,” she said.

There are historical items owned by the local museum that are boxed up and in a climate-controlled storage area, according to the outgoing president of the museum’s board of directors, Dr. Caroline Abercrombie.

Abercrombie said there were several meetings and walk-throughs of the museum to ensure items that belonged to the museum were not mistaken as VA property.

It’s the VA property — a wide array of items directly associated with Mountain Home — that will go to Dayton.

VA Medical Director Dean Borsos said Monday that the VA gave notice to the museum in 2018 that the clock tower building was going to be renovated and the museum would need to move.

It wasn’t until last year that items owned by the museum were actually packed up and stored elsewhere.

“I want to clarify the disposition of the collections.

ALL the artifacts that related directly and were used at Mountain Home were donated to the Dayton VAMC and are thought to be leaving next week.

The other collections are packed and stored in a location off the Center grounds and are said to be coming back when, and, if the Chapel is renovated.

There will be NO Mountain Home artifacts left to be displayed!

There will be some unrelated military and “war” artifacts, never used at Mountain Home, left with the other unrelated items.”

Borsos said the museum needed to vacate the mess hall because funding to renovate the historical landmark was about to expire.

According to Abercrombie, most of the old mess hall was used as a storage area for the VA and only a small area was designated as the museum at Mountain Home. She said the VA allowed the museum to display some of its property, but that the property was never given to the museum.

“We have all the regional medical history items,” donated by local residents, Abercrombie said.

But items that were property of the VA itself never belonged to the museum, she said.

“That was never formally donated to the museum,” Abercrombie said.

BLUFF CITY — A 26-year-old Johnson City woman has been charged in the Memorial Day shooting death of 60-year-old Trina Jones of Bluff City.

Deputies arrested Misty Magic James on Tuesday and charged her with especially aggravated burglary and felony murder in connection with Jones’ death.

The shooting took place at Jones’ home in the 1500 block of Hunting Hill Road, Bluff City, on Monday morning, according to the Sullivan County Sheriff’s Office. Deputies went to the residence around 11 a.m. and found Jones dead from a gunshot wound.

James and Jones were not related, but were acquaintances, said Capt. Andy Seabolt with the Sullivan County Sheriff’s Office.

During the investigation, a confidential informant contacted law enforcement about a 19-minute video of James describing in detail Jones’ slaying, according to an affidavit filed in Sullivan County General Sessions Court.

Seabolt said the confidential informant secretly recorded James, who admitted shooting Jones with the intention of stealing items from her home. James said in the video she left a black duffle bag in Jones’ home, and the informant turned over to law enforcement a bag of property left by James, Seabolt said.

The investigation remains ongoing at this time. James is housed in the Sullivan County Jail under a $100,000 bond.