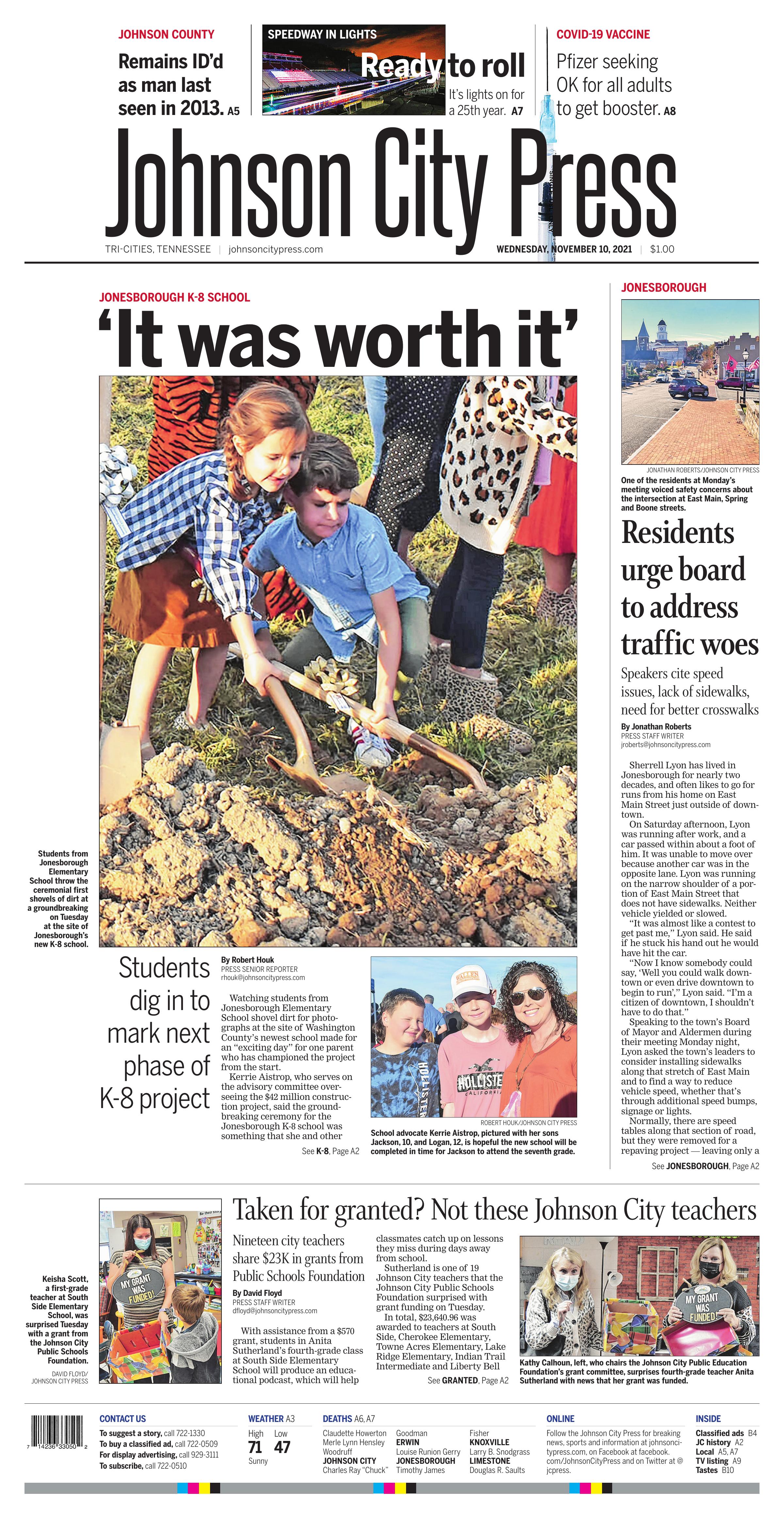 Keisha Scott, a first grade teacher at South Side Elementary School, was surprised Tuesday with a grant from the Johnson City Public Schools Foundation.

Keisha Scott, a first grade teacher at South Side Elementary School, was surprised Tuesday with a grant from the Johnson City Public Schools Foundation.

Hayley Robinette was one of 19 Johnson City teachers surprised Tuesday with a teacher grant from the Johnson City Public Education Foundation.

South Side teacher Meredith Woosley was one of 19 teachers surprised with grant funding by the Johnson City Public Schools Foundation on Tuesday.

With assistance from a $570 grant, students in Anita Sutherland’s fourth-grade class at South Side Elementary School will produce an educational podcast, which will help classmates catch up on lessons they miss during days away from school.

Sutherland is one of 19 Johnson City teachers that the Johnson City Public Schools Foundation surprised with grant funding on Tuesday.

In total, $23,640.96 was awarded to teachers at South Side, Cherokee Elementary, Towne Acres Elementary, Lake Ridge Elementary, Indian Trail Intermediate and Liberty Bell Middle schools. The instructors applied for the funding, which came from the Mooneyhan Family Foundation.

In addition to the podcast, Sutherland said her fourth graders will also put together a newsletter.

“It’s a huge difference,” Sutherland said about the grant. “It’s things that we normally wouldn’t get. ... The teachers get excited to put in for it because we do know it’s going to be something extra.”

Lemy Hutson, the board chair of the Johnson City Public Schools Foundation, said the organization serves as the philanthropic arm for the school system, providing grants and scholarships.

The group encourages teachers to submit applications for up to $2,000. The grants largely support science, technology, engineering, arts and mathematics projects and supplemental lessons that teachers would normally pay for themselves.

“We know teachers give above and beyond what they need to do and are asked to do, and so this is just us helping them out,” Hutson said.

Hutson said the foundation didn’t hand out grants last year because of the COVID-19 pandemic, but it recently received an additional $30,000 donation that it hopes to disperse to teachers in the spring.

Hutson also has a personal stake in this charitable effort.

“It’s great to be on this giving side now and to visit the same schools I grew up going to,” she said.

Keisha Scott, a first-grade teacher at South Side Elementary School, said the almost $680 she received will help pay for science-leveled readers for her students and art robots, which are devices that link with an iPad. Her students will be able to code the robots to draw pictures.

Scott’s grant will also cover the cost of a microscope with computer connectivity, which will help her teach students about plant and animal anatomy. Scott said her students are much more engaged in lessons when they include a hands-on component.

“This just allows me to put more things in their hands to keep them engaged and really see the real-life application,” Scott said.

She added that the Johnson City Public Schools Foundation has always been receptive to meeting the needs of teachers.

“Johnson City is so good to us,” Scott said. “I say it every year. It’s amazing to have someone on our side. Somebody who really believes in what we’re doing and the kids and really wants to give them the best opportunity possible.”

Sherrell Lyon has lived in Jonesborough for nearly two decades, and often likes to go for runs from his home on East Main Street just outside of downtown.

On Saturday afternoon, Lyon was running after work, and a car passed within about a foot of him. It was unable to move over because another car was in the opposite lane. Lyon was running on the narrow shoulder of a portion of East Main Street that does not have sidewalks. Neither vehicle yielded or slowed.

“It was almost like a contest to get past me,” Lyon said. He said if he stuck his hand out he would have hit the car.

“Now I know somebody could say, ‘Well you could walk downtown or even drive downtown to begin to run’,” Lyon said. “I’m a citizen of downtown, I shouldn’t have to do that.”

Speaking to the town’s Board of Mayor and Aldermen during their meeting Monday night, Lyon asked the town’s leaders to consider installing sidewalks along that stretch of East Main and to find a way to reduce vehicle speed, whether that’s through additional speed bumps, signage or lights.

Normally, there are speed tables along that section of road, but they were removed for a repaving project — leaving only a speed limit sign reminding drivers to maintain the legal speed heading downhill into downtown. 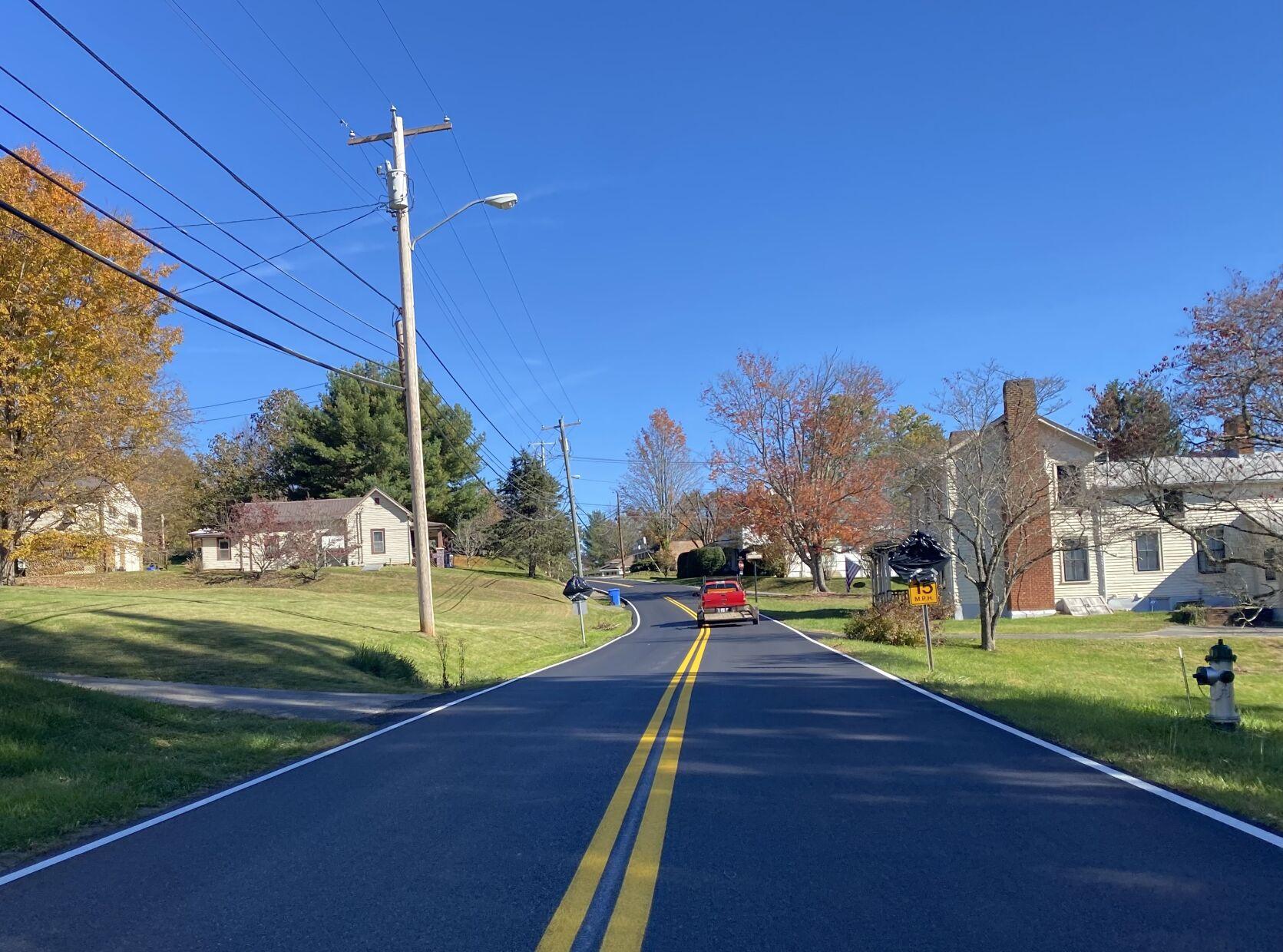 Signs warning drivers of speed tables on East Main Street have been covered by trash bags while the roadway was repaved and repainted.

Lyon wasn’t the only one to voice concerns about safety along East Main Street.

“How hard, really, is it to look at a sidewalk?” asked Brian Mills. “You’ve got one up to a certain point on East Main Street, you’ve even said it’s part of our plan you’re going to put one in — I’ve got the letter. When can we know that you’re coming up with a plan?”

Mills, who thanked the board for their work in the town, said he’s been around long enough to remember previous plans to install sidewalks falling through. He asked for more clarity on what the town is doing to address the issue.

Jonesborough Town Administrator Glenn Rosenoff, who’s been in his position for a little less than two years, encouraged residents to reach out to him for information on what the town is doing to address those issues.

Another resident, Ernest McKinney, said he walks downtown in the mornings and said when he’s walking on East Main Street he’s “at the mercy of whoever is driving” and asked the board to address the issue.

Rosenoff said the town is “in the planning stages” and looking at the possibility of installing sidewalks from, essentially, the Senior Center to downtown, but that there’s currently no funding available for such a project.

Susan Fowler, who lives at the corner of East Main and Spring streets, also voiced safety concerns, primarily about the intersection at East Main, Spring and Boone streets. Fowler noted that the crosswalks there do not give pedestrians the ability to warn drivers they are attempting to cross the road, and suggested the town invest in illuminated crosswalks, such as the kind that can be found in downtown Johnson City. 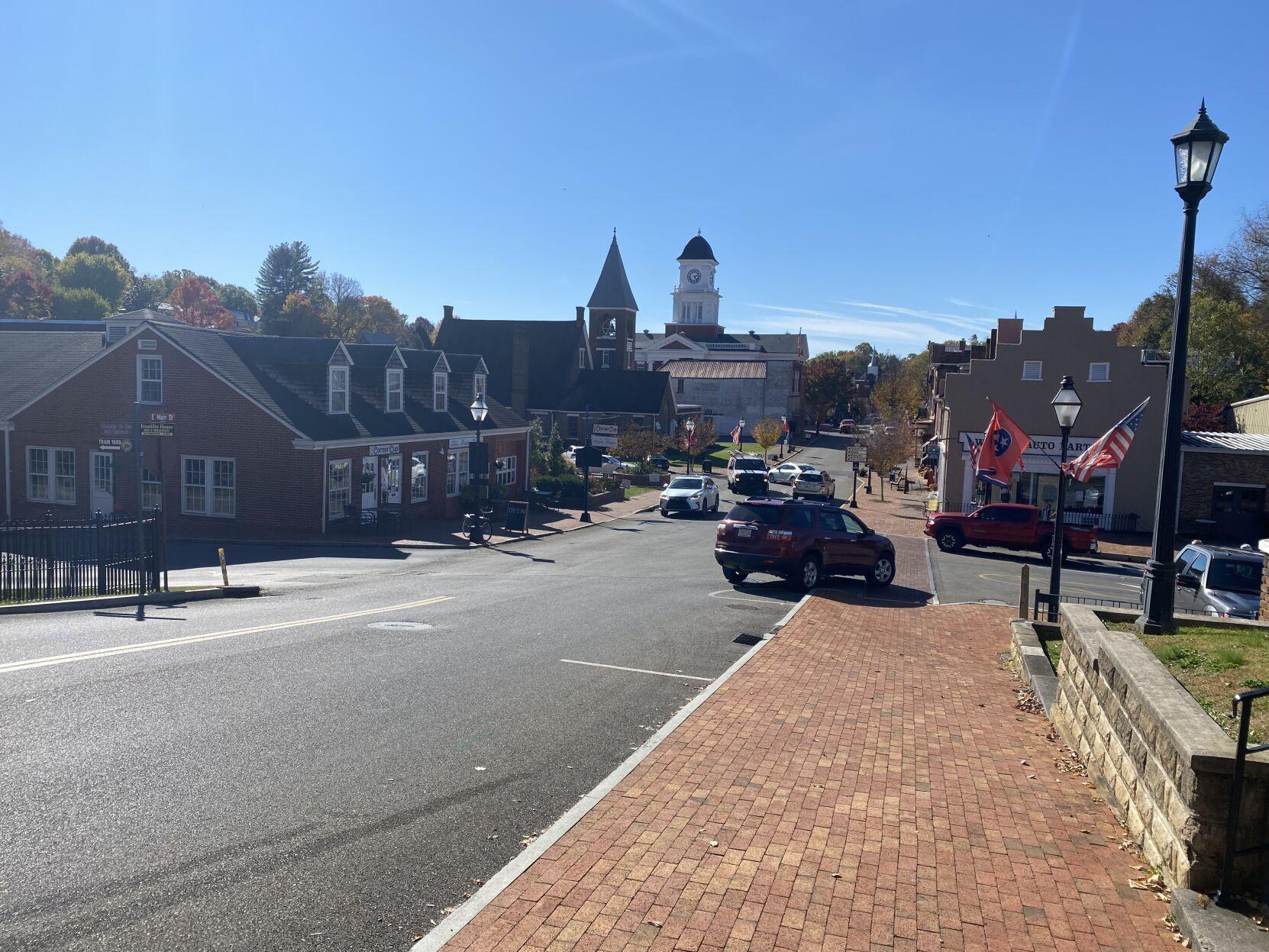 Susan Fowler, who lives at the corner of East Main and Spring streets, also voiced safety concerns, primarily about the intersection at East Main, Spring and Boone streets.

Fowler also voiced concerns about drivers speeding through the historic district, and asked the board to consider lowering the speed limit to 15 mph and installing speed limit signs that tell drivers their speed.

Mayor Chuck Vest said the town has considered adding sidewalks in the past, but the proximity of the houses there to the roadway limits the options. Another option was the possibility of adding a trail behind the homes. Vest said there’s always been something that’s kept it from moving forward, but said funding shouldn’t be an issue if they can create a plan.

“We’ll work that out,” Vest said. “It’s something that, for me, I think would be great for our town.”

Vest said the speed tables should be reinstalled along East Main in a matter of weeks, but said it won’t be a long-term solution. Vest said the town has discussed putting in traffic circles to calm traffic in and around downtown, but conceded that adding sidewalks along East Main would be difficult.

“Some of the homes sit really close to the road, and if we try to widen them and put in sidewalks or do any type of configuration for an intersection, it runs into some right-of-way issues and property, so that’s probably one of the biggest hurdles,” Vest said. “But, there probably is a place to put some small circles in to reduce the traffic versus a speed bump.”

Students from Jonesborough Elementary School throw the ceremonial first shovels of dirt at a groundbreaking Tuesday at the site of Jonesborough's new K-8 school.

Students from Jonesborough Elementary School throw the ceremonial first shovels of dirt at a groundbreaking Tuesday at the site of Jonesborough's new K-8 school.

Kerrie Aistrop with her sons Jackson, 10, and Logan, 12. Aistrop is hopeful the new Jonesborough K-8 school will be completed in time for Jackson to attend the 7th grade.

Watching students from Jonesborough Elementary School shovel dirt for photographs at the site of Washington County’s newest school made for an “exciting day” for one parent who has championed the project from the start.

Kerrie Aistrop, who serves on the advisory committee overseeing the $42 million construction project, said the groundbreaking ceremony for the Jonesborough K-8 school was something that she and other parents of the town’s students have long waited for.

“We’ve had to overcome many hurdles, but the passion and hard work of this community made this possible,” she told the Press. “I also want to thank the town, the county’s school board members and county commissioners for thinking outside the box.”

Aistrop said she and other parents calling for the construction of a new school in Jonesborough spent many years attending government meetings and lobbying their elected officials to make the project reality.

“It was worth it,” Aistrop said. “We did it for the students. They are our county’s future.”

She also said students will know that “their school was built on the passion and grit of their community.”

Aistrop said she is hopeful that her youngest son, Jackson, 10, will be able to attend the school when it is completed.

“He is in the fifth grade now, and I’m hopeful he will be going to the school by the time he is in the seventh grade,” she said.

Funding plan: A first-of-its-kind lease-purchase agreement with the town of Jonesborough and the Washington County Commission.