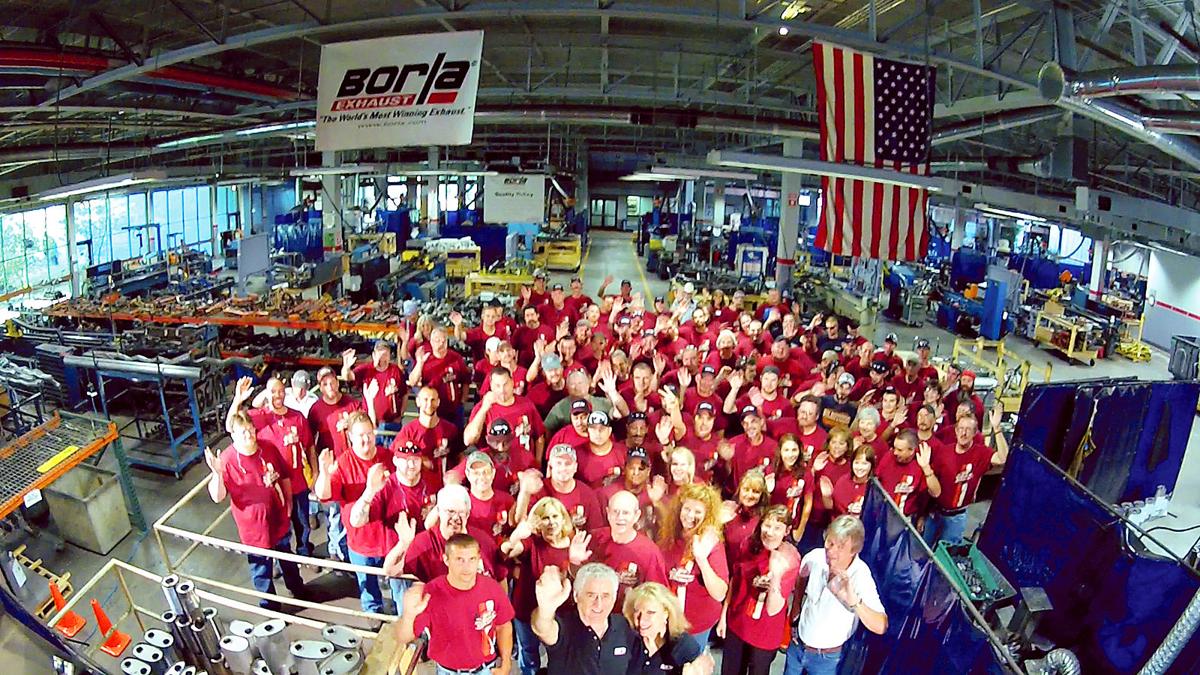 Tennessee employees of Borla Performance, who have been asked to help maintain a healthy and sanitary working area to defeat COVID-19. 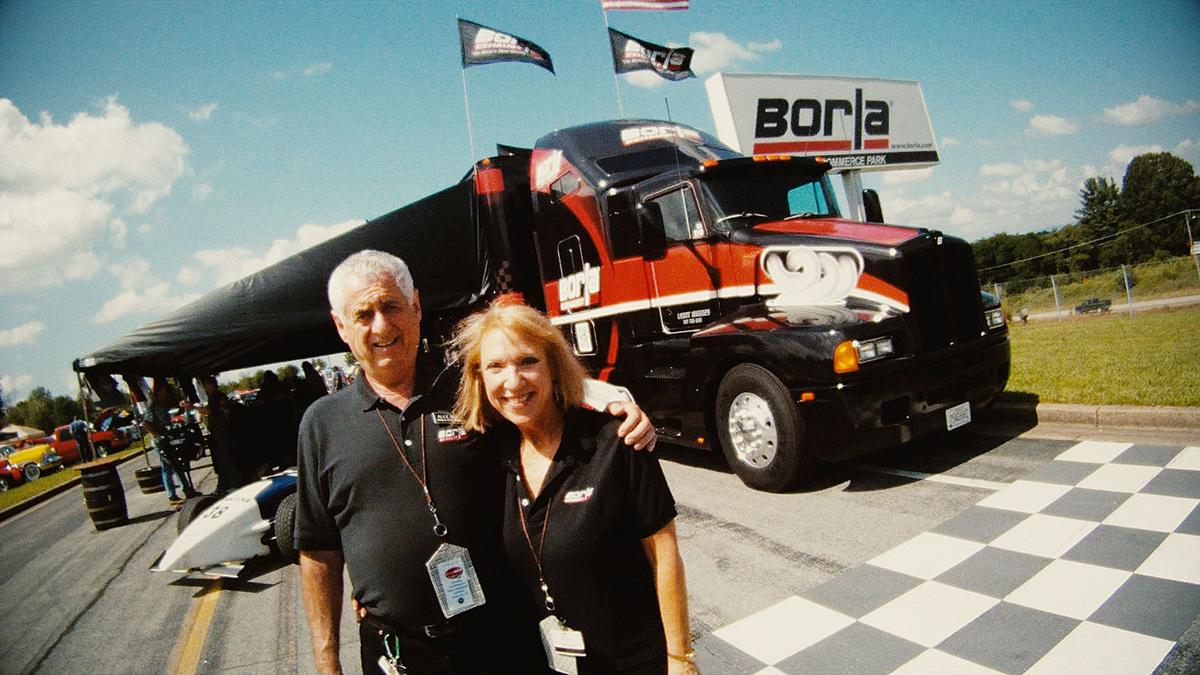 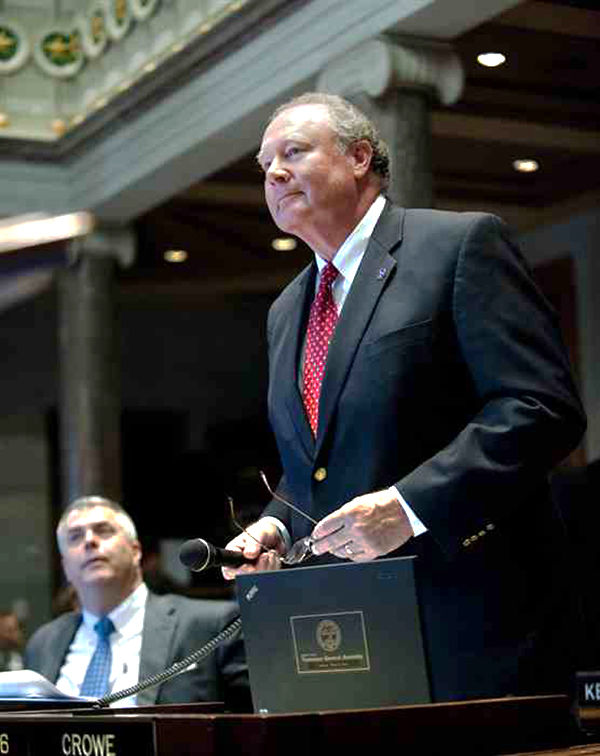 Tennessee employees of Borla Performance, who have been asked to help maintain a healthy and sanitary working area to defeat COVID-19.

ELIZABETHTON — Industrial accidents were once commonplace in American workshops, but concerned employers and employees worked together to make factories much safer places and made injuries on the job much less common.

Alex Borla, chief executive officer of Borla Performance Industries, is attempting to achieve the same success with a modern threat to industrial workers and industrial production. He is trying to prevent the spread of the novel coronavirus (COVID-19) through his workers. After his staff developed a plan that is based on the recommendation of the federal Centers for Disease Control, he is now trying to to give the plan to other industrialists in Tennessee.

Borla Performance is a leader in the field of exhaust systems for automobiles. The company employs more than 300 workers in Northeast Tennessee. The company works in a highly competitive industry and Borla could not afford for his plant to be idle during the high point of the pandemic. The key to success in this challenging time was to keep employees safe while maintaining the high level of production.

At the start of his effort, Borla called Sen. Rusty Crowe, who not only represents the campus of Borla Performance in the state Senate, he is also the chairman of the Health and Welfare Committee.

“I received a lot of calls from business people in my district,” Crowe said of the time when COVID-19 first broke out. Borla soon set out to make a difference. In addition to making exhaust systems, his workers also became engaged with East Tennessee State University to make personal protective equipment face shields for health workers, utilizing material produced by Eastman Chemical Co.

Borla also had his staff developing a company policy manual that would prevent the spread of COVID-19 among his factory employees. Rather than reinventing the wheel, the staff took the CDC recommendations as the base for the manual.

Like many of the CDC recommendations, the plan that Borla’s staff came up with is based on common sense. It strives to maintain social distancing, both with the way work stations are configured, the way breaks are conducted and in such measures as going to the restroom and leaving work at the end of shift.

Some of the common sense was to reconfigure the work stations so employees could maintain six feet of space between themselves and fellow workers. Instead of having everyone go on break at the same time, they were staggered throughout the day to prevent crowding. Vending machines and food preparation areas were reconfigured to help keep those on break 6 feet apart. Personal hygiene was also emphasized. Borla said that even after workers were no longer on the clock, they were still encouraged to practice safe behavior, such as not gathering in a large group in the parking lot after work.

Borla said developing a healthy and clean work place was not just a priority for managers and supervisors. He said many employees were concerned about picking up the virus at work and spreading it to their families at home.

“For this to work, the employees will have to buy into it,” said Alyse Borla, wife and partner of Alex.

He said it also goes beyond COVID-19 to many other diseases that cause a drop in production from time to time. He said influenza is one example of another disease the company’s policy can counteract. There have been several other such diseases that have had a similar impact in recent years that can be contained by proper attention to sanitation and personal hygiene.

Borla believes the health, sanitation and personal hygiene policies should remain in effective after the COVID-19 pandemic is long over. “I think this has been a permanent change,” Borla said. “It may not be an epidemic, but it and other such viruses and microbes will be endemic.” He said everyone should continue to practice such standards of cleanliness.

Borla is such a believer in the necessity of making factories safer from the risk of infections and disease that he hopes to have his departmental policy manual distributed across Tennessee. Toward that end, he has continued an alliance with Crowe.

“Alex and his staff have done an amazing job developing a roadmap in the form of a policy manual in accordance with the CDC and OSHA guidelines and best practices to be used to protect the safety and health of employees while at the same time keeping business running. Many thanks go to Alex Borla and the Borla corporate team as they worked tirelessly to develop this plan to provide for economic health as well as employee health and safety,” Crowe said.

“Our hope is that other companies could follow such a road map, where they would demonstrate a viable environment for their workers,” Crowe said. “They could continue to operate as safely as if their employees were at home. The governor could implement this model statewide, in essence, to help save Tennessee businesses during this crisis we are in.”

Toward that end, copies of the company’s policy manual has been made available to the governor and the Department of Economic Development.