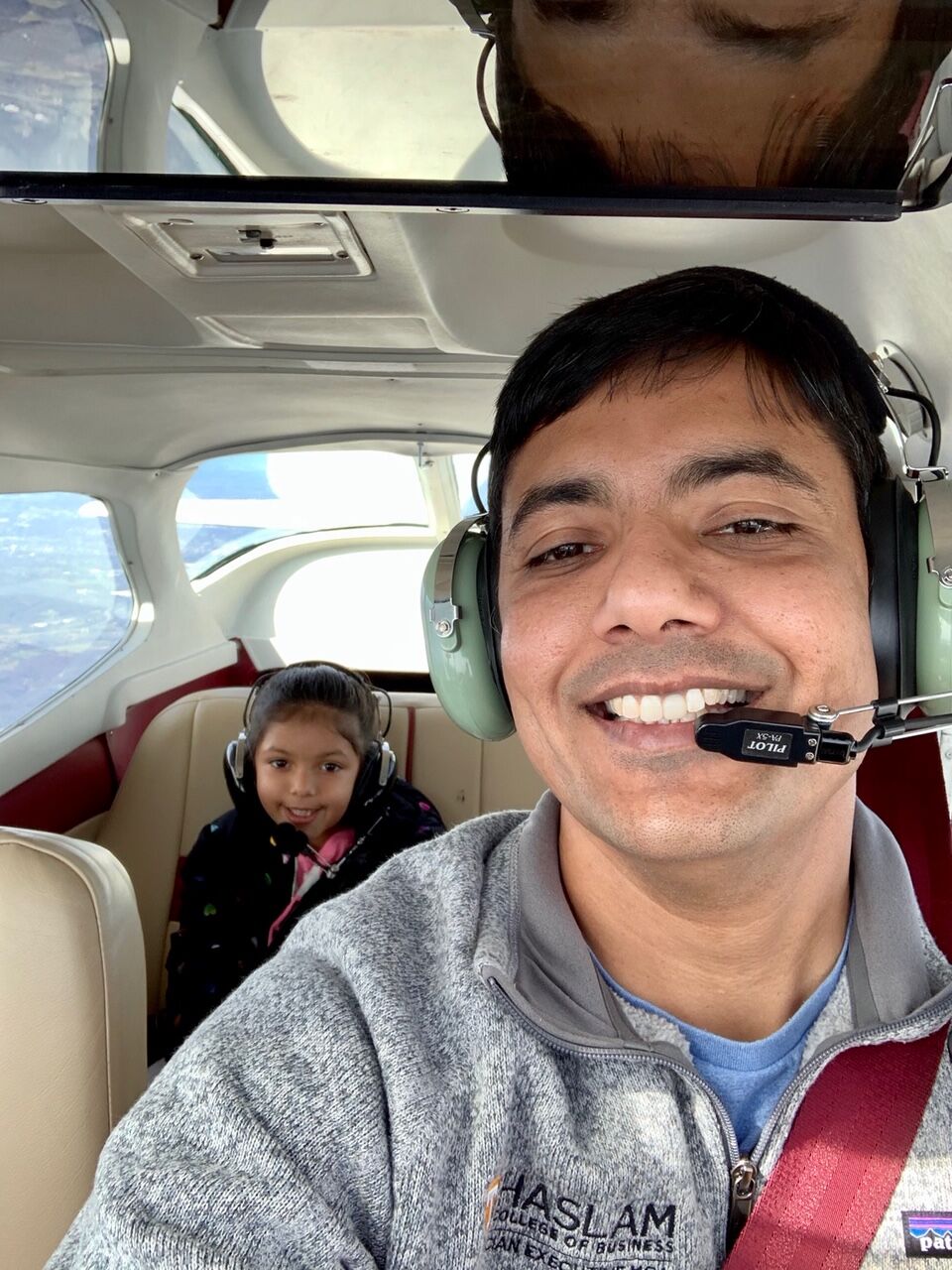 Dr. Mihir Patel, medical director for Ballad Health's COVID-19 strike team, is also a private pilot. He's shown here on a recent trip with his daughter. Patel is one of thousands of doctors across the U.S. who are stuck in a backlog awaiting a green card. 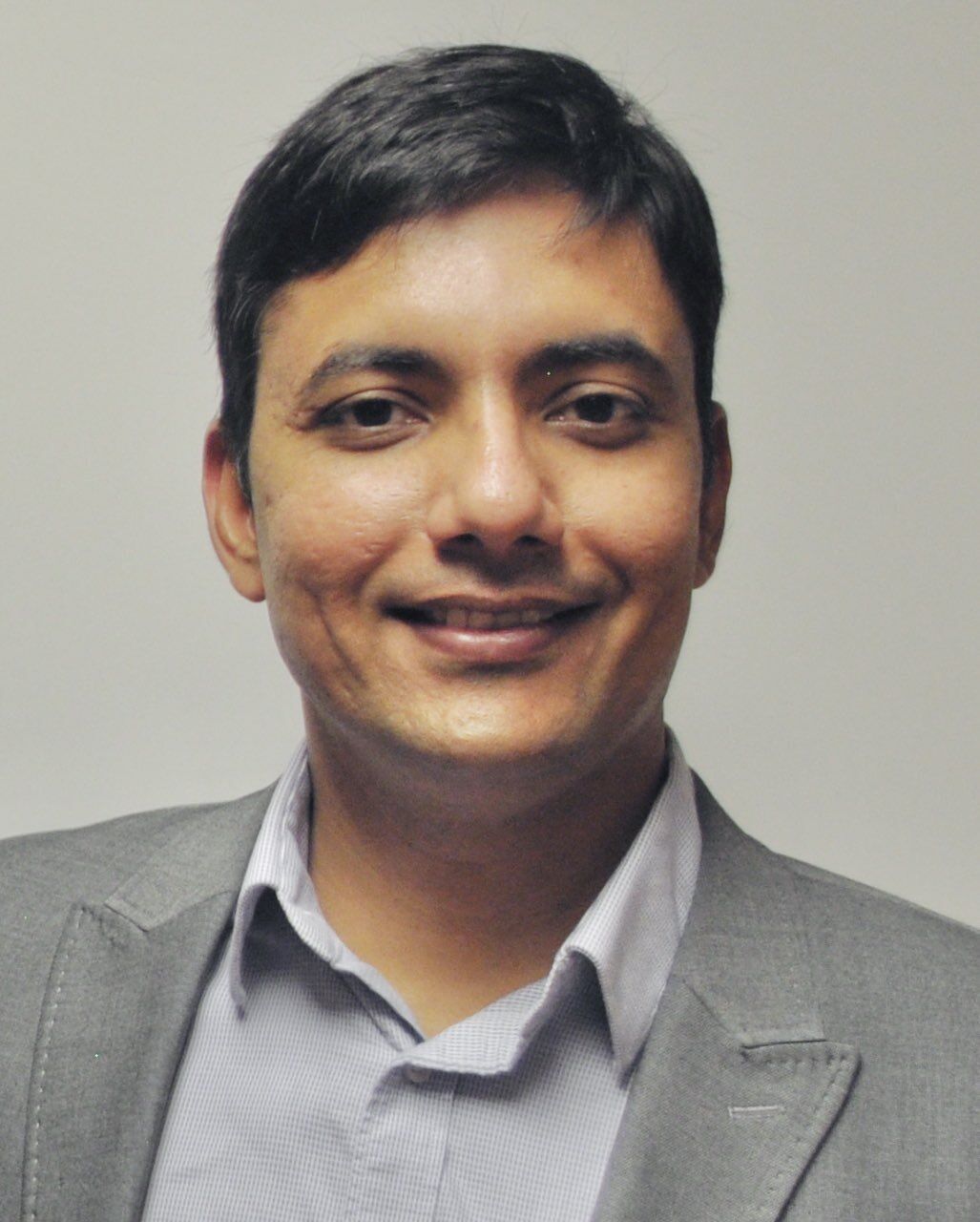 Dr. Mihir Patel, Ballad Health's corporate medical director for telemedicine and the system's COVID-19 strike team, initially arrived in the U.S. in 2005 on a student visa. 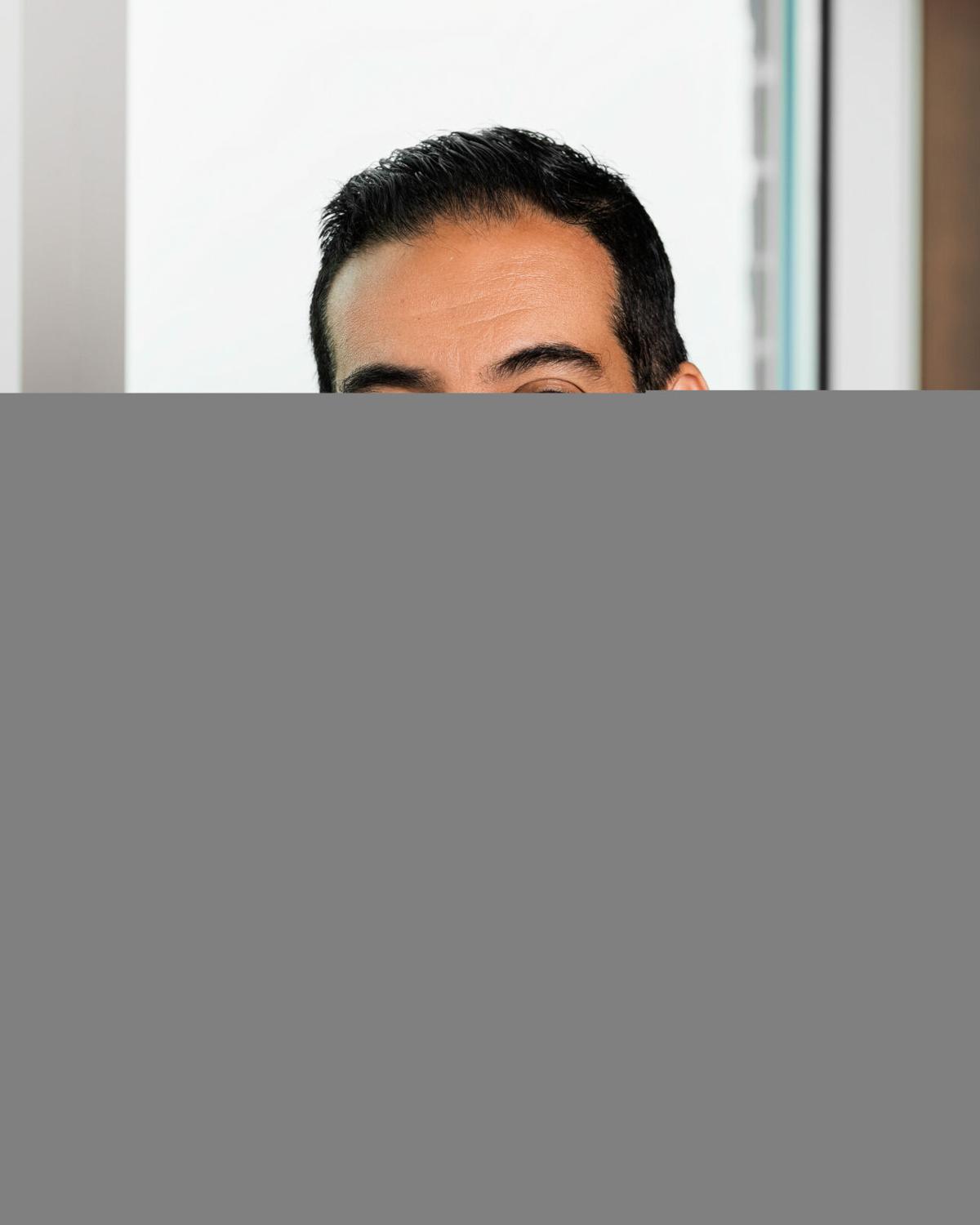 Dr. Mihir Patel, medical director for Ballad Health's COVID-19 strike team, is also a private pilot. He's shown here on a recent trip with his daughter. Patel is one of thousands of doctors across the U.S. who are stuck in a backlog awaiting a green card.

Dr. Mihir Patel, Ballad Health's corporate medical director for telemedicine and the system's COVID-19 strike team, initially arrived in the U.S. in 2005 on a student visa.

As they fight a deadly, invisible enemy, many immigrant physicians across the United States are also struggling against the limitations of another imposing obstacle: Their visa status.

Dr. Amit Vashist, the chief clinical officer for Ballad Health and a member of the Society for Hospital Medicine’s public policy committee, said health care workers on visas are typically required to work in only a specific medical facility or facilities.

“If you have another hospital that is having an outbreak or more patients with an epidemic or a pandemic, these physicians, as much as they want to help, because of restrictions on their visa are not able to cross-cover,” Vashist said.

Vashist said these restrictions exist as the U.S. grapples with a lack of doctors. According to the Association of American Medical Colleges, the U.S. will face a shortage of about 120,000 physicians by 2032.

To plug gaps as they treat cases of novel coronavirus (COVID-19), states have been graduating medical students early, calling in retired physicians and allowing doctors to cross state lines without receiving a corresponding state license.

“Here’s the tragedy: We have tens of thousands of these physicians who are ready to come at a moment’s notice, to serve on the front lines of this pandemic,” Vashist said, “and unfortunately, by virtue of these visa restrictions, we are not able to do that.”

Vashist said the severity of COVID-19 carries significant risk for health care workers. That risk is especially dire for physicians here on visas because, if they die while fighting the disease, Vashist said their families may have to return to their home country or face deportation.

Vashist said this phenomenon hasn't impacted Ballad Health's ability to flexibly respond to the novel coronavirus, but he said it has affected operations at hospital systems across the country.

The Society for Hospital Medicine, a group that advocates on behalf of physicians and caregivers, is lobbying for solutions to these problems.

In a letter to Senate and House leaders in April, the organization encouraged legislators to change aspects of the H-1B and J-1 visa processes in order to ease pressure on immigrant health care workers.

For H-1B visa holders, those changes would include allowing physicians to file for H-1Bs electronically; instituting premium processing for physicians, which would "force" the government to adjudicate an H-1B visa within 15 days; implementing an immediate 6- or 12-month extension for all physicians and health care workers; and limiting requests for evidence for doctors.

Additionally, the Society for Hospital Medicine asks that the government adjudicate J-1 visa waivers at a quicker rate, increase the number of J-1 waiver slots beyond its current cap of 30 per state, relax restrictions associated with primary and secondary work sites for J-1 waiver physicians and relax requirements regarding the types of physicians who can apply for J-1 visas.

Additionally, the organization says the U.S. has more than 10,000 international medical graduates who are in a green card backlog, meaning they can't assist outside their designated worksite during the COVID-19 outbreak.

"If each of these physicians could work only one extra day in locations where the need is greatest, the United States would have an extra 10,000 physician-days available," the organization wrote in the letter. The Society of Hospital Medicine is asking that the U.S. government give those doctors permanent resident status.

Dr. Mihir Patel, medical director for Ballad Health’s COVID-19 strike team, is one of the thousands of physicians across the U.S. stuck in that green card logjam.

Patel said he applied for his green card in 2012, and even though he satisfies the requirements to receive it, he said he has not been issued one because his priority date is not current.

Patel is in the U.S. on an H-1B visa and has lived in the country for almost 15 years. In the midst of the COVID-19 epidemic, Patel said existing restrictions on visa-holders have the potential to cause a significant negative impact on rural hospitals, especially if local doctors must be quarantined and available physicians can’t fill in for them because of their visa status.

Additionally, Patel wants the U.S. to reauthorize a program that sends qualified immigrant doctors to underserved parts of the country —  places like rural areas that need those providers the most.

After finishing his residency in internal medicine at East Tennessee State University, Patel started work at Hawkins County Memorial Hospital in 2011 through the Conrad 30 Waiver Program, an initiative allowing each state department of health to request 30 waivers per year for physicians with J-1 visas who have signed contracts to work for three years in an underserved area.

According to the Rural Health Information Hub, international medical graduates are required under U.S. immigration law to return to their country of origin for two years before applying for an H-1B visa. This waiver drops that requirement if graduates agree to work in a part of the U.S. that’s particularly needy.

A bill called the Conrad State 30 and Physician Access Reauthorization Act has been introduced to extend the program, which started in the ’90s, through most of 2021 and increase the number of slots per state.

Patel said that bill would also go a long way in resolving the green card backlog for doctors who have already worked in a rural, underserved area.

According to Roll Call, another bill was unveiled Thursday that would grant 40,000 unused green card slots to foreign health care workers who are combating the novel coronavirus outbreak.

“There’s no question comprehensive reform of our immigration system is necessary, built around the principles of securing our borders and moving towards a merit-based system,” Roe said. “I am committed to enacting these principles while also ensuring rural communities continue to see the positive benefits of programs that enable East Tennessee to retain top physicians from around the globe.”