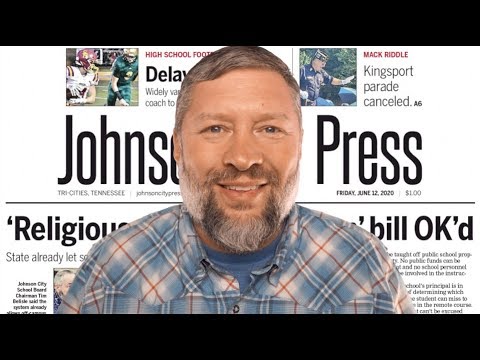 The new state statistics were released Thursday regarding COVID-19 cases, and the numbers read as follows:

— 21 new hospitalizations for a total of 2,011 over the course of the pandemic.

— 1 new case each in Johnson and Washington counties.

— 7 deaths in the upper eight counties. The toll has remained at that number for several weeks.

— 40 active cases in NE Tennessee, up 2 from Wednesday’s report.

We’ll keep you apprised of things as they change, and do our best to make sure we report nothing but the actual totals.

As a result of the ongoing corona virus and the social distancing required to combat it, officials announced Tuesday that the 94th annual Appalachian Fair has been canceled.

Aside from missing a few years during World War II, the fair has been an annual tradition in the region since 1926. It was set to be held this year on Aug. 24-29.

Directors felt it would be impossible to meet social distancing guidelines, temperature screenings and other safety precautions needed to deal with the current pandemic. With daily event crowds of as many as 25,000 people, fair officials thought it would be hard to handle.

Canceling the Appalachian Fair, along with other cancellations coming as a result of COVID-19 precautions, will have an economic impact on Washington County and the entire region.

86-year-old Raymond Webb died Monday after being wounded by a shotgun blast in his own home near Jonesborough, resulting in the arrest of Greg Carver, who lived in the house with the deceased.

Carver is the son of Webb’s wife, and according to her, he shot Webb as the elder man entered his room to ask about problems he was having with his phone.

“She said she could hear talking among the two and then heard a loud boom and she saw Webb laying in the floor inside (Carver’s) bedroom,” according to a court document. Carver claimed that Webb shot himself.

Carver told officers he slept with the gun because there were rats in the house and he intended to shoot them. Prior to lying down, Carver said he drank half quart of moonshine and awakened by the shotgun going off. Officers said Carver was on several medications that had a warning to not drink alcohol.

Carver was held in the Washington County Detention Center under $100,000 bond.

Congratulations are in order, as the second day of the Major League Baseball draft was a good one for a couple of local players. Elizabethton High School’s Evan Carter and East Tennessee State’s Landon Knack were both chosen in the second round, by the Texas Rangers and Los Angeles Dodgers, respectively. Carter was chosen 50th overall, and Knack went with the number 60 pick.

Here’s hoping you both realize your dreams in the big leagues.